More Second Half Woes for the Toronto Rock 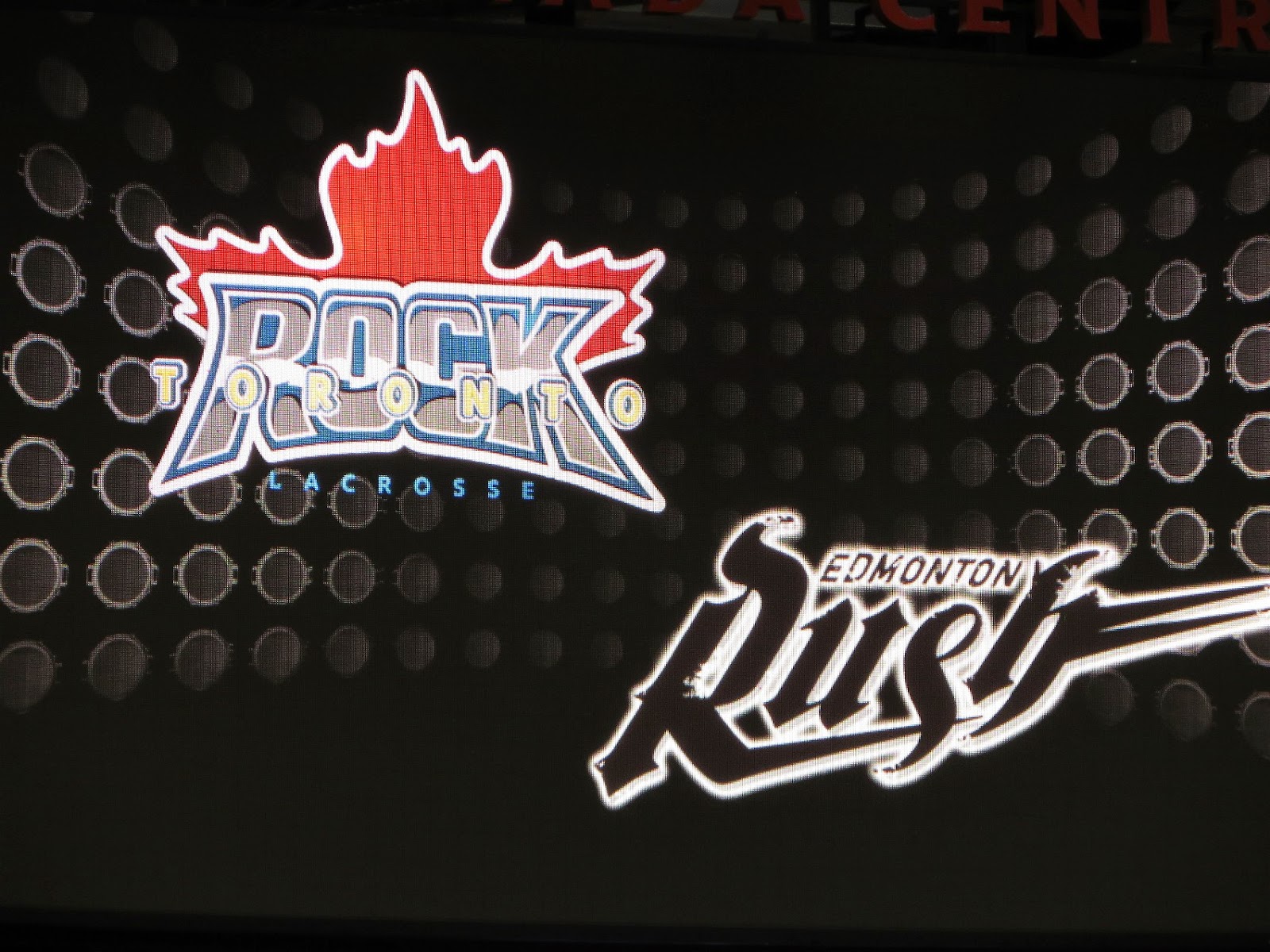 This afternoon the 5-8 Toronto Rock took on the Edmonton Rush, who came in undefeated with a 12-0 record. My hopes were high that we could hand them their first loss of the year.

New goalie, Brandon Miller, lead the team out onto the arena floor. Although a little shaky in the first quarter, he settled down and played a great game the rest of the way. 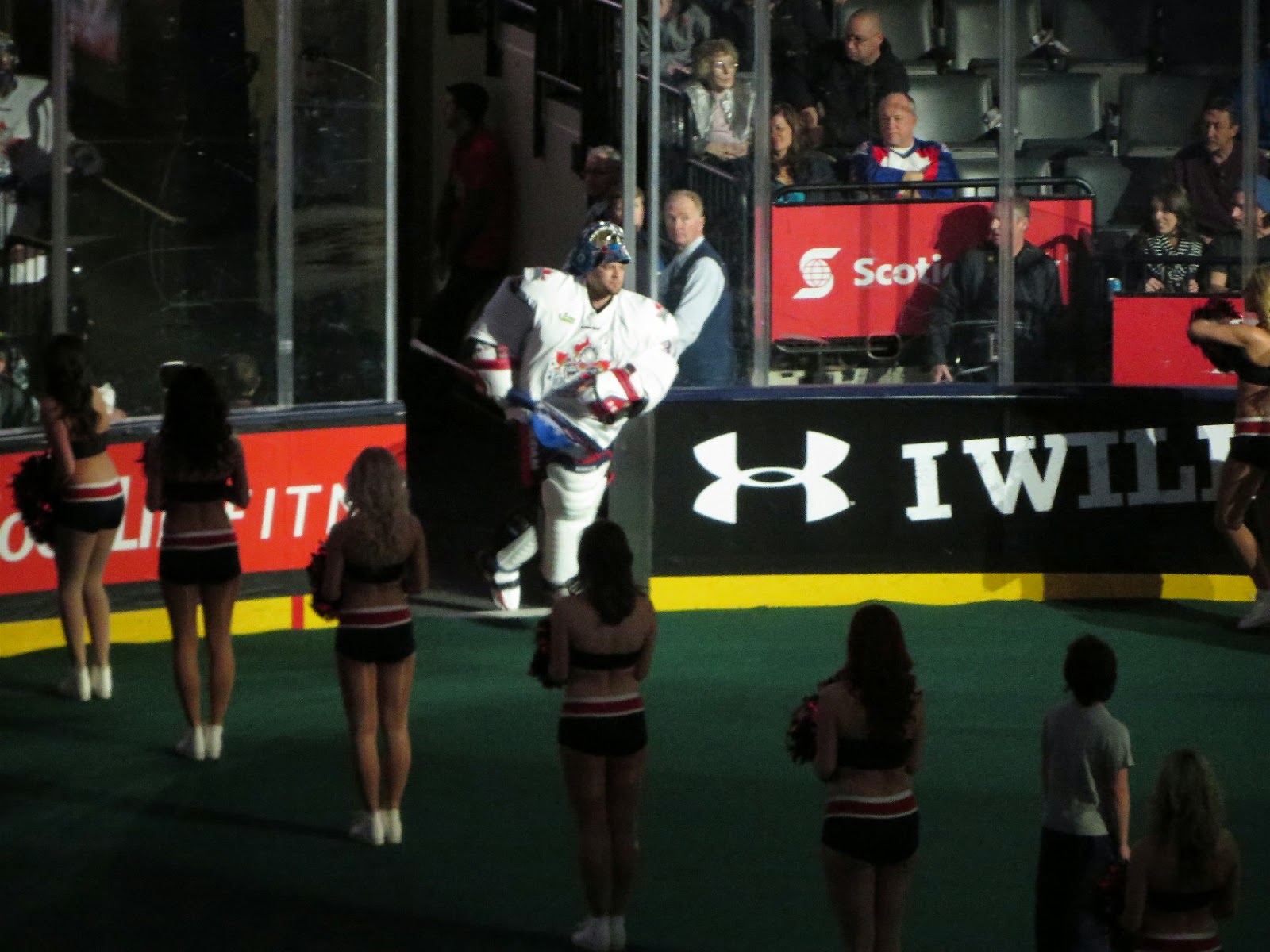 Scotty Newlands and a choir from Adam Beck Jr. Public School did a great job on our national anthem. 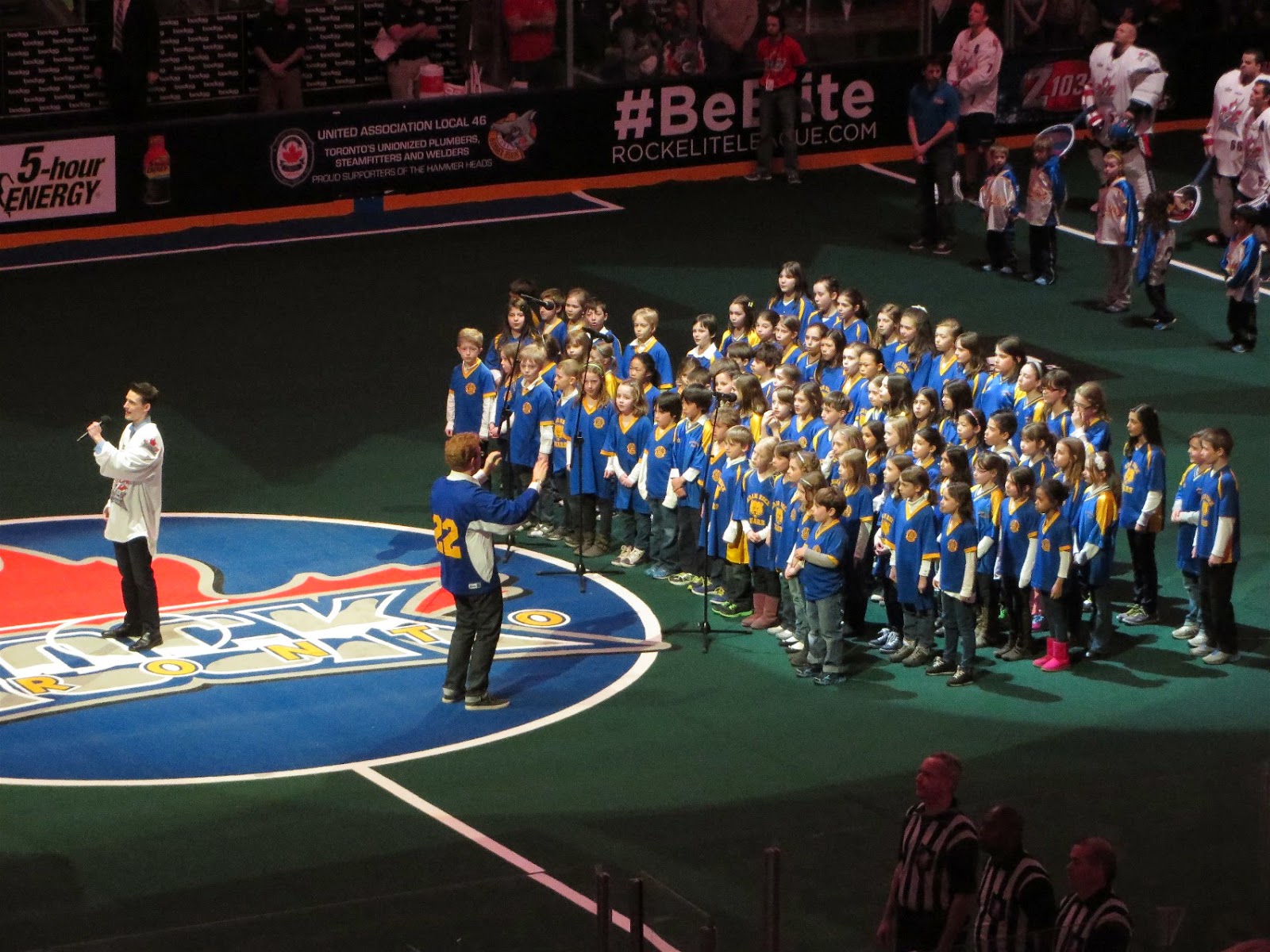 The face-off to start the game. 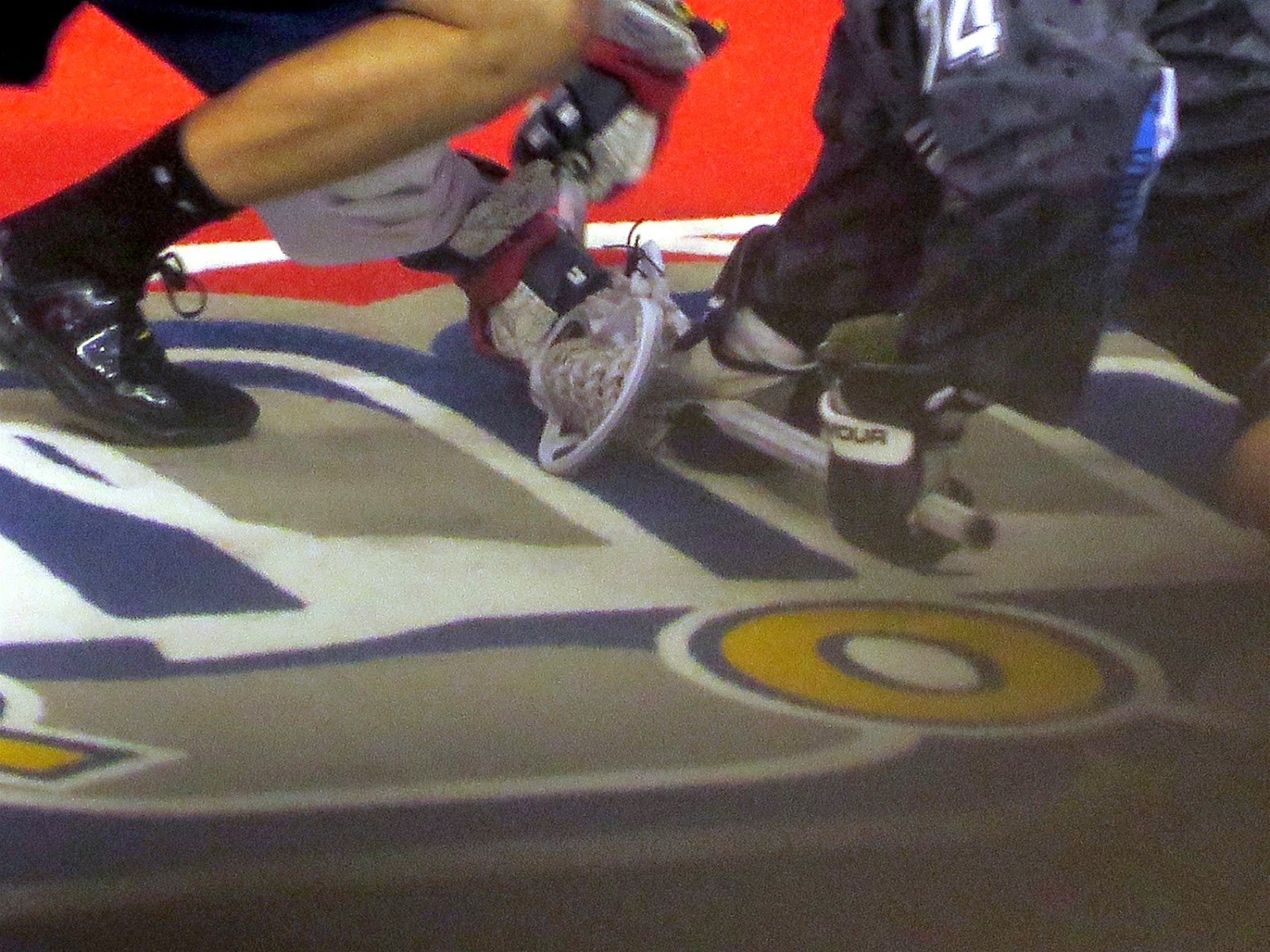 The Rush scored the first goal of the game in the first minute but the Rock came back quickly with a goal of their own. Halfway through the first period, the Rock took a 2-1 lead. 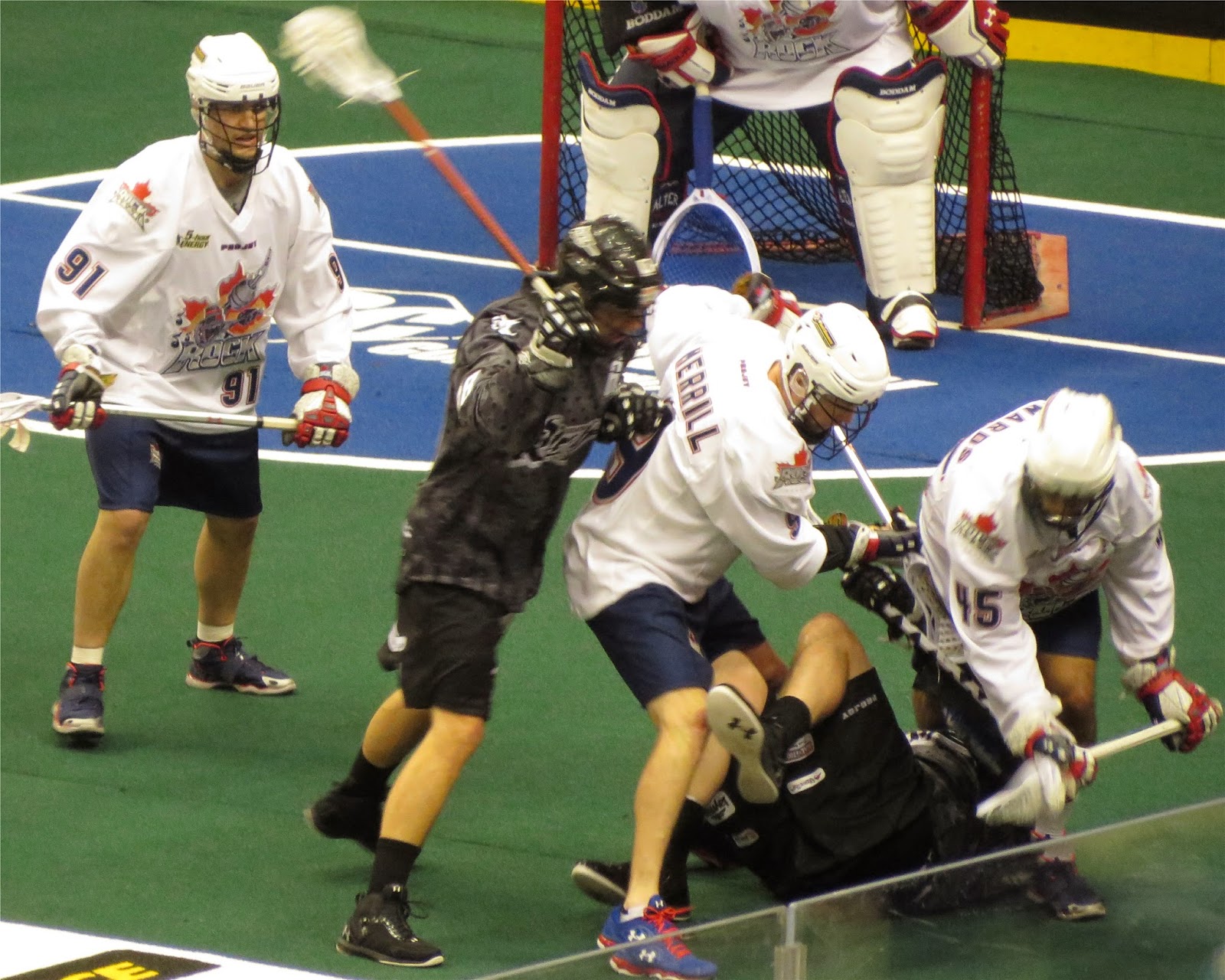 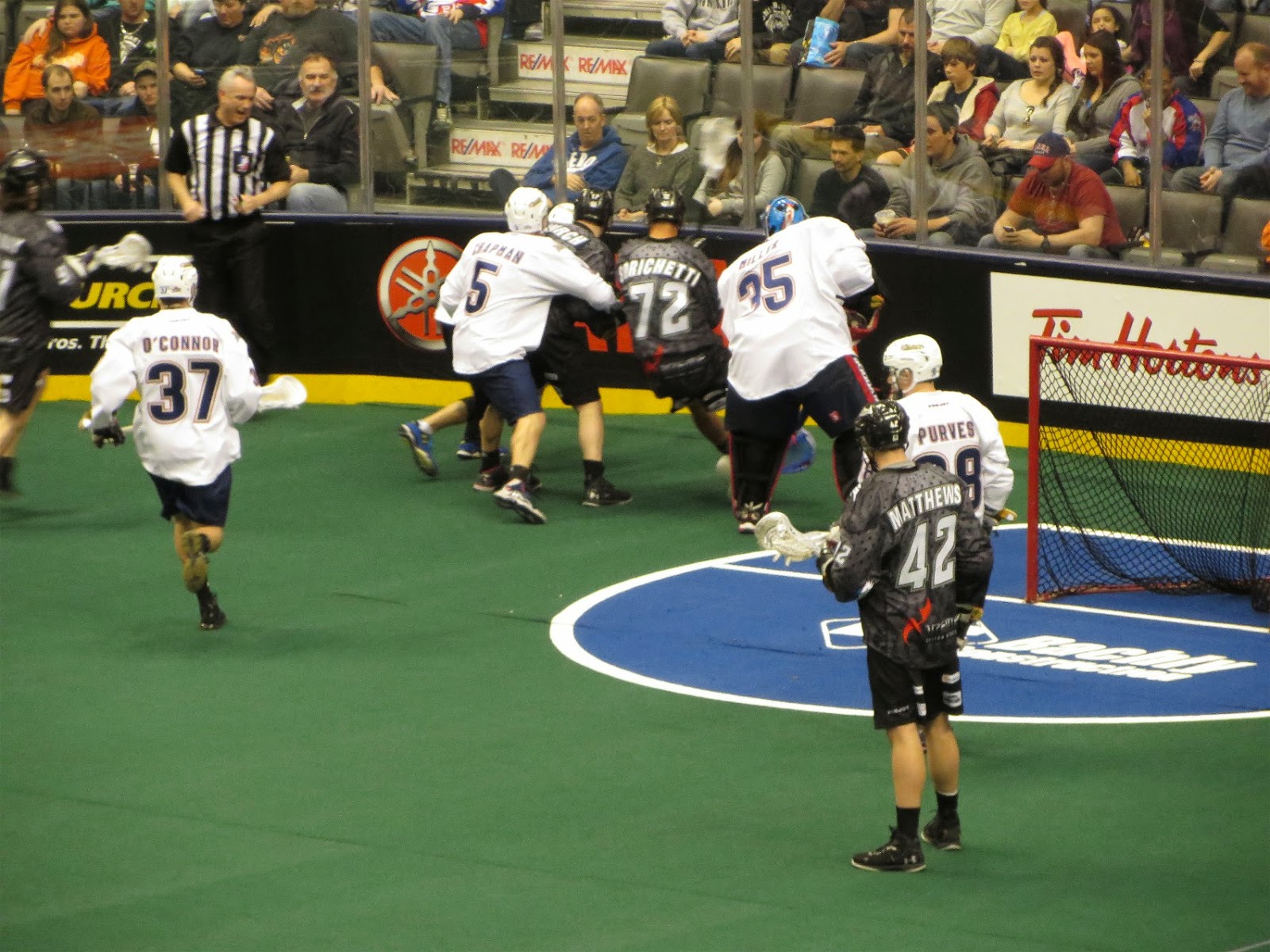 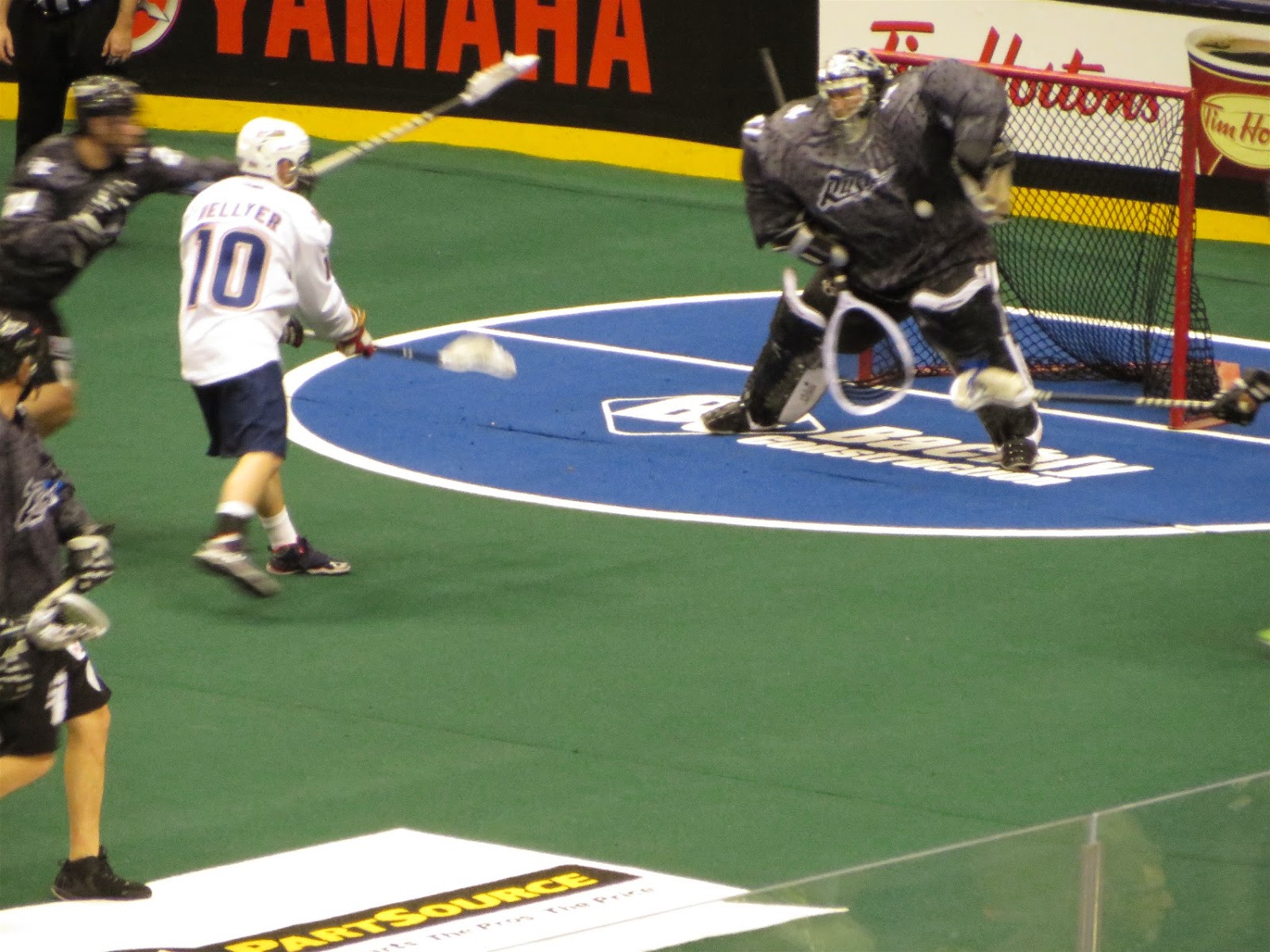 At the end of the first quarter, Edmonton led 4-3. Teena had a nice surprise for me on the birthday board. Yep, I turn 60 tomorrow! 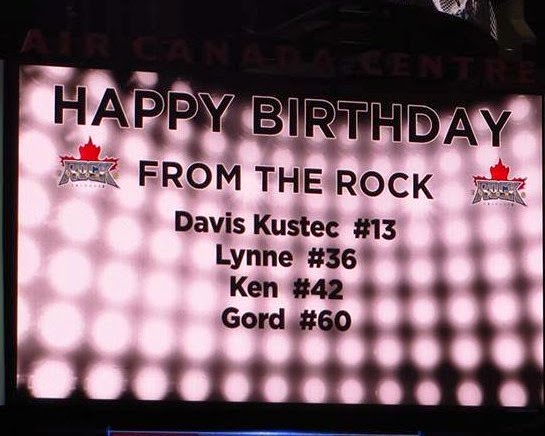 Down 6-4, the Rock scored the last three goals of the second quarter to take a 7-6 lead into the dressing room at the half. 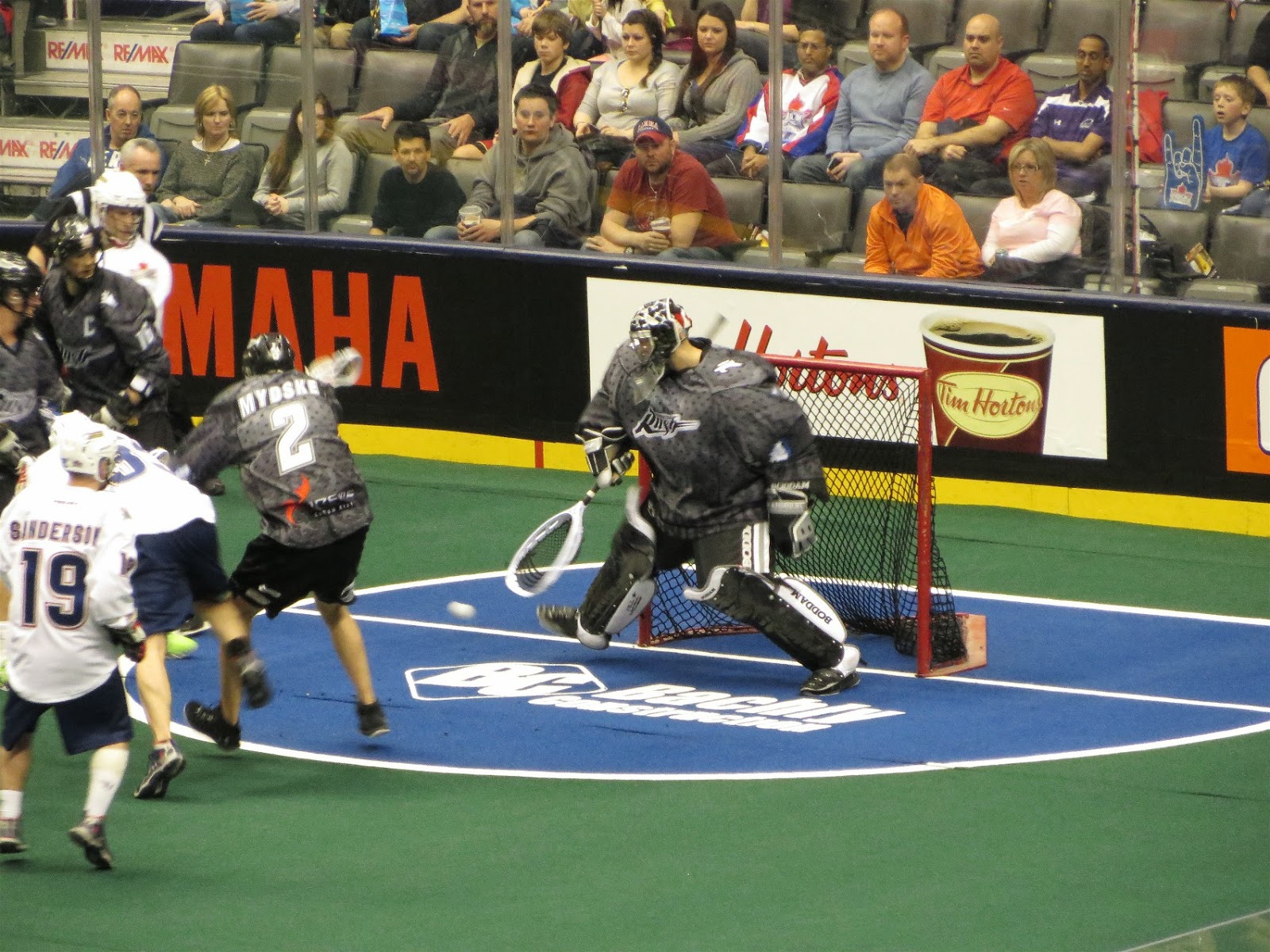 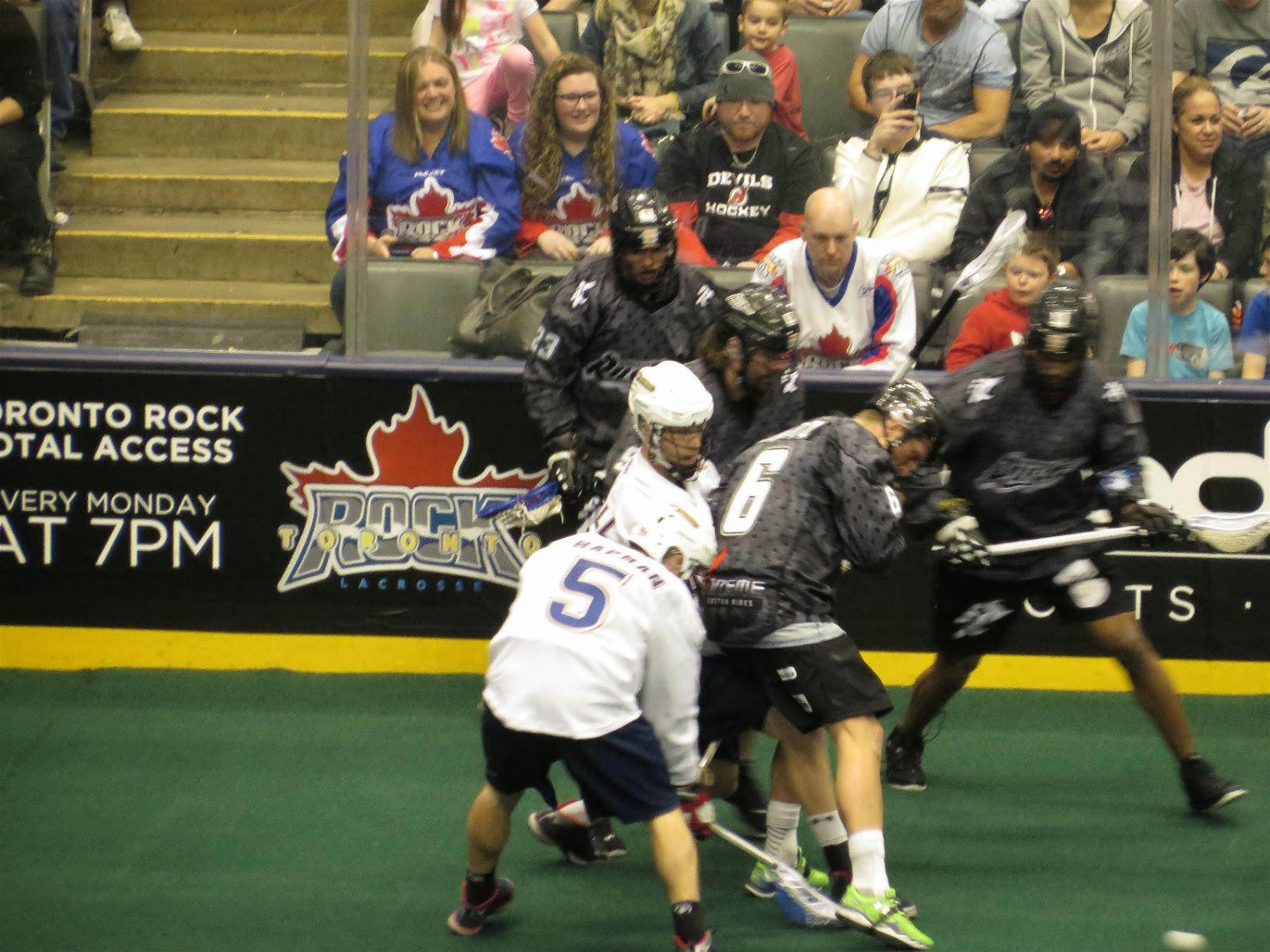 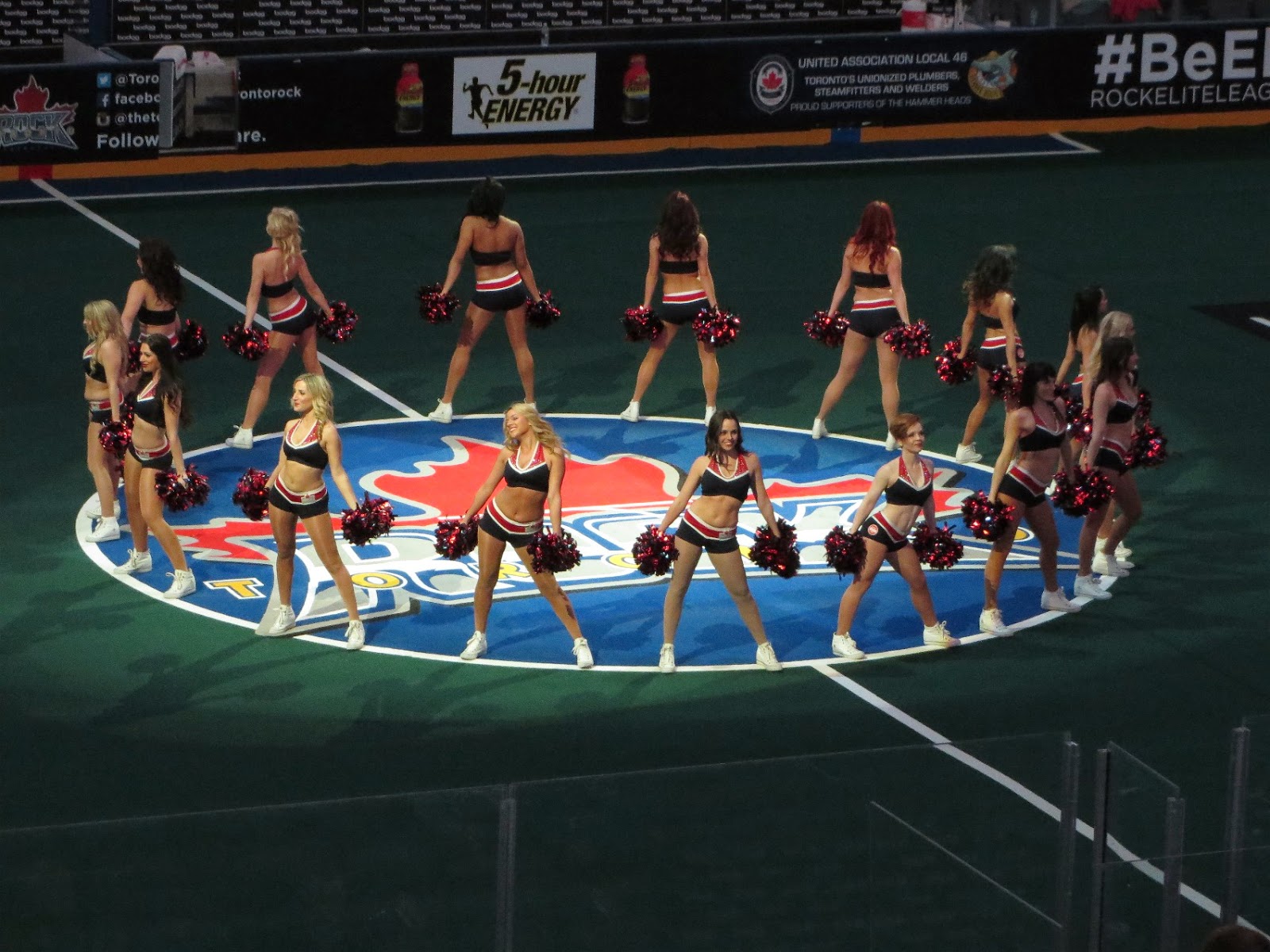 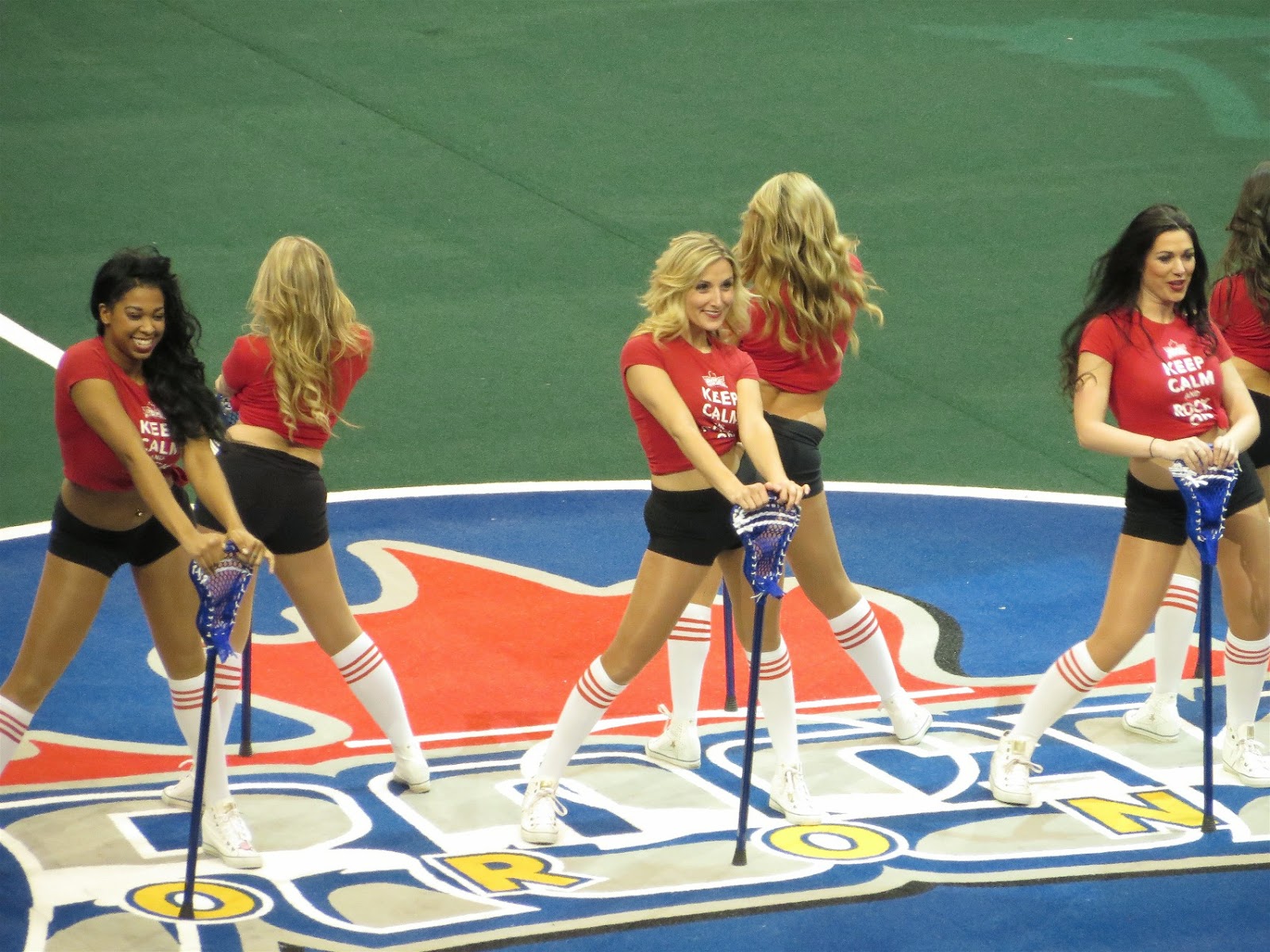 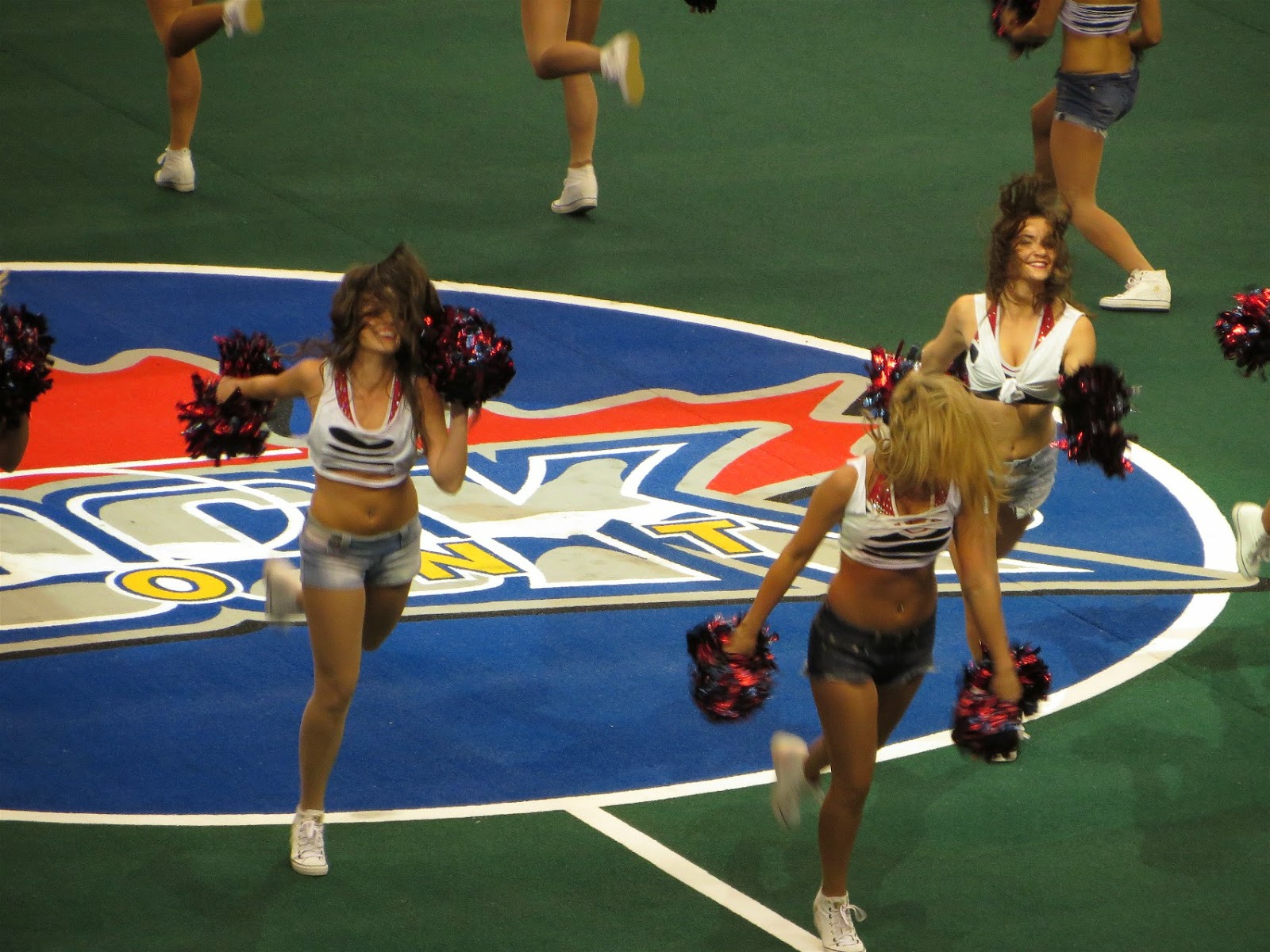 Then came the dreaded second half. The Rock have not played well in the second half for most of this year and today was no different. Although it took half of the third period for Edmonton to score, that was just the start for them. Miller made some great saves and did his best to keep the Rock in the game but the Rock's offence just sputtered.

Here a Rush player gets buried in the Rock goal crease. 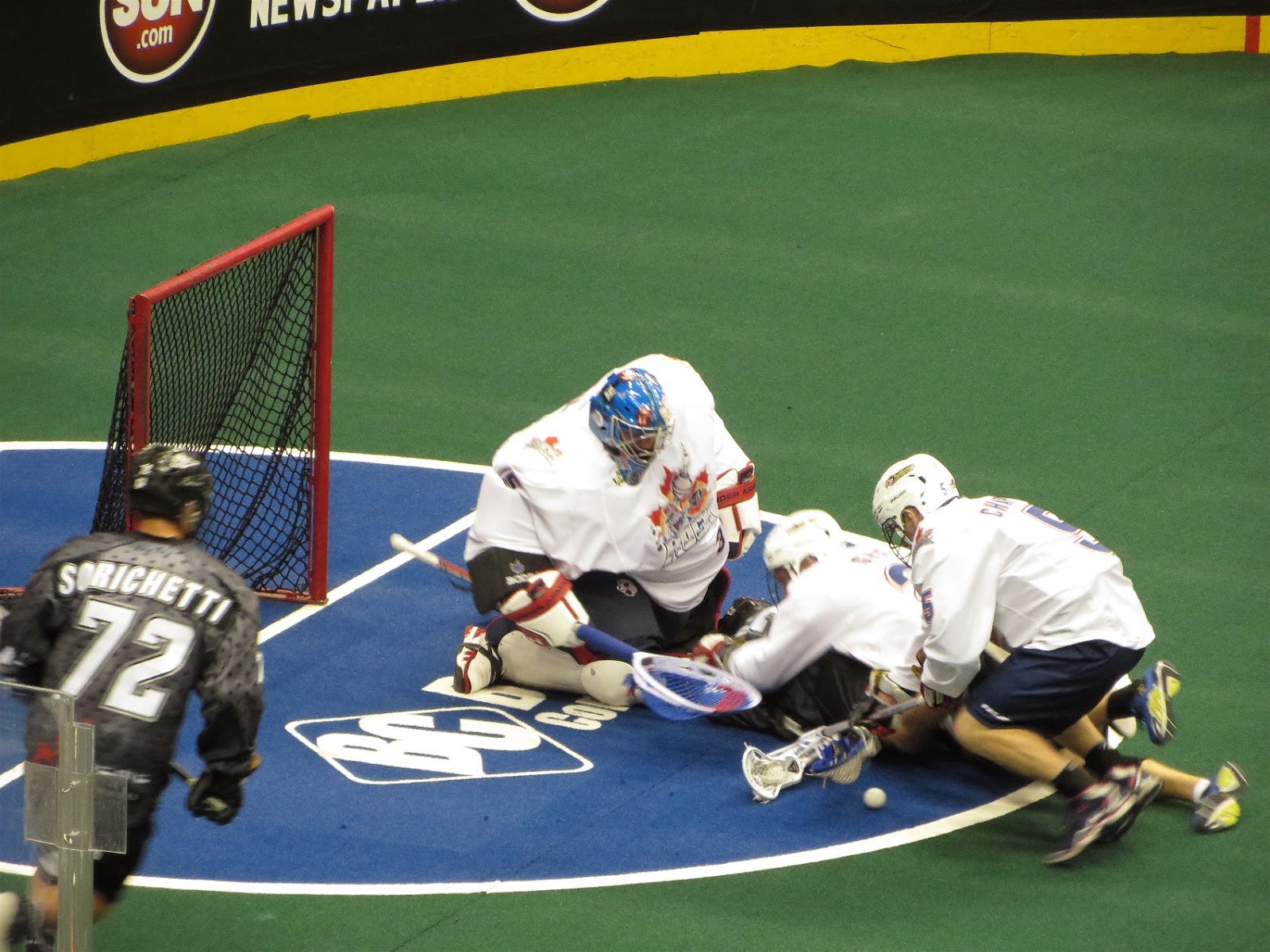 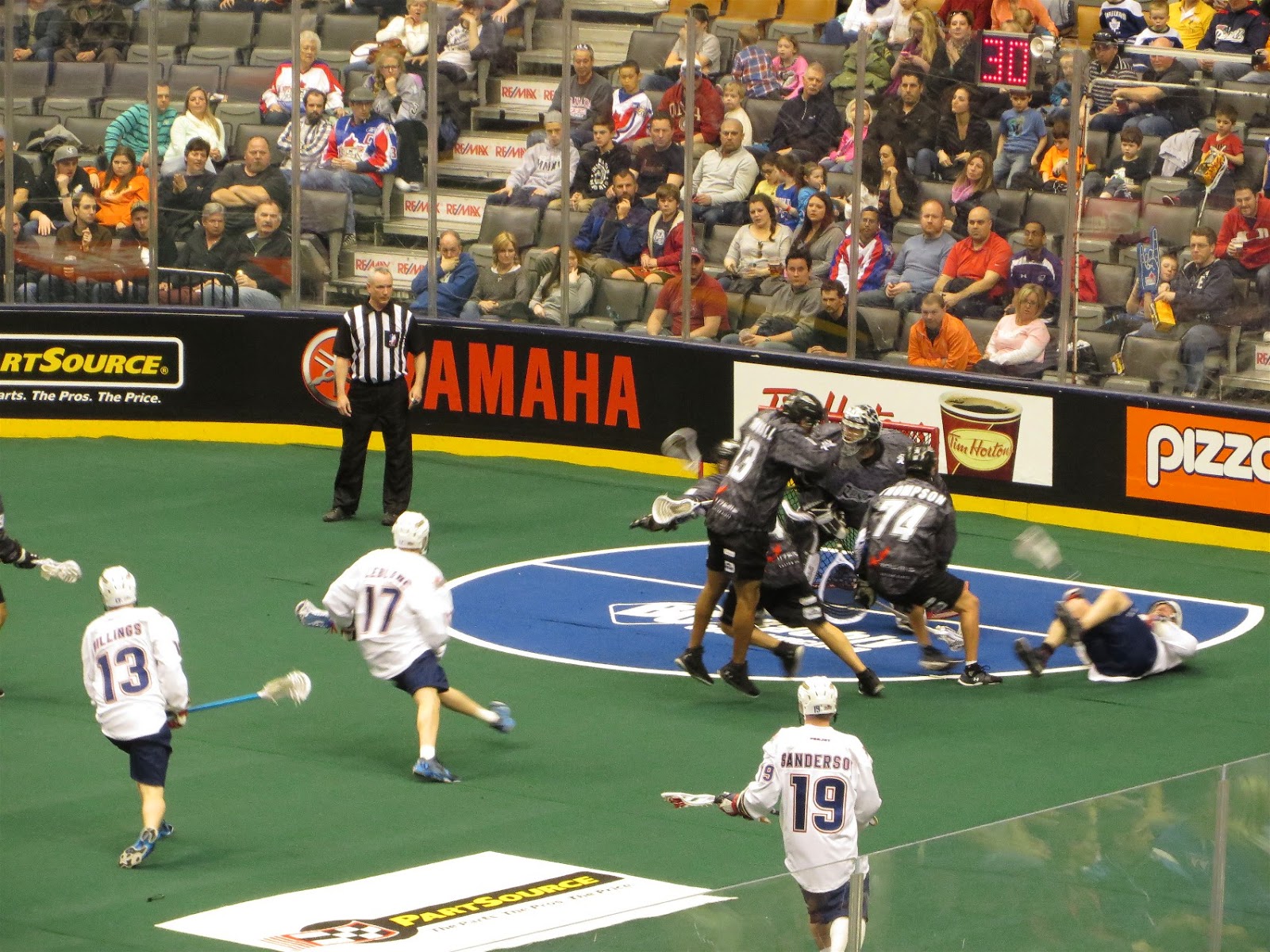 That was about it for the Rock, though. Soon they were down 13-9 and managed a goal near the end of the game for a 13-10 loss. There was almost a brawl when the Edmonton players saluted the Toronto fans, which the Rock took exception to. 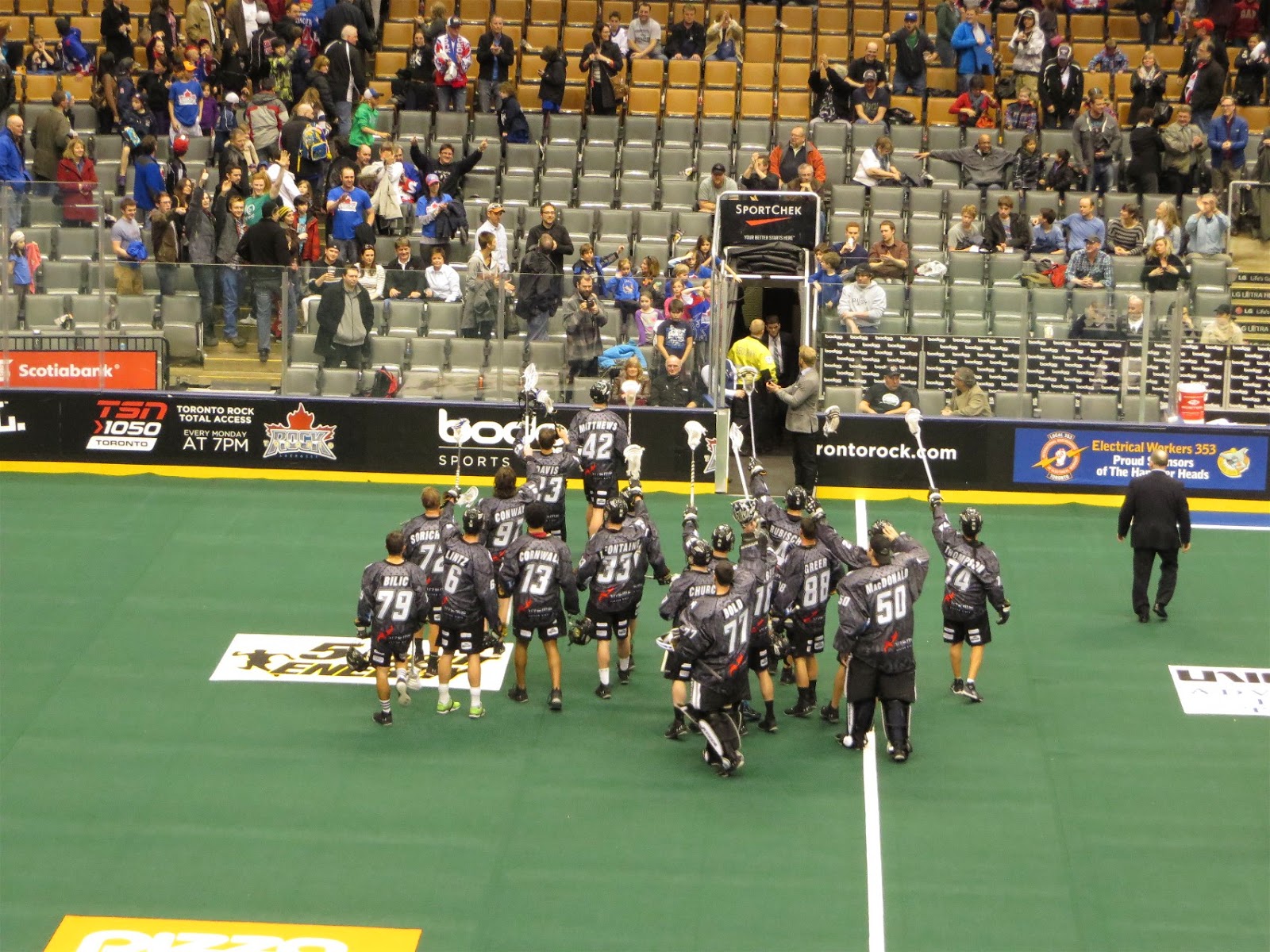 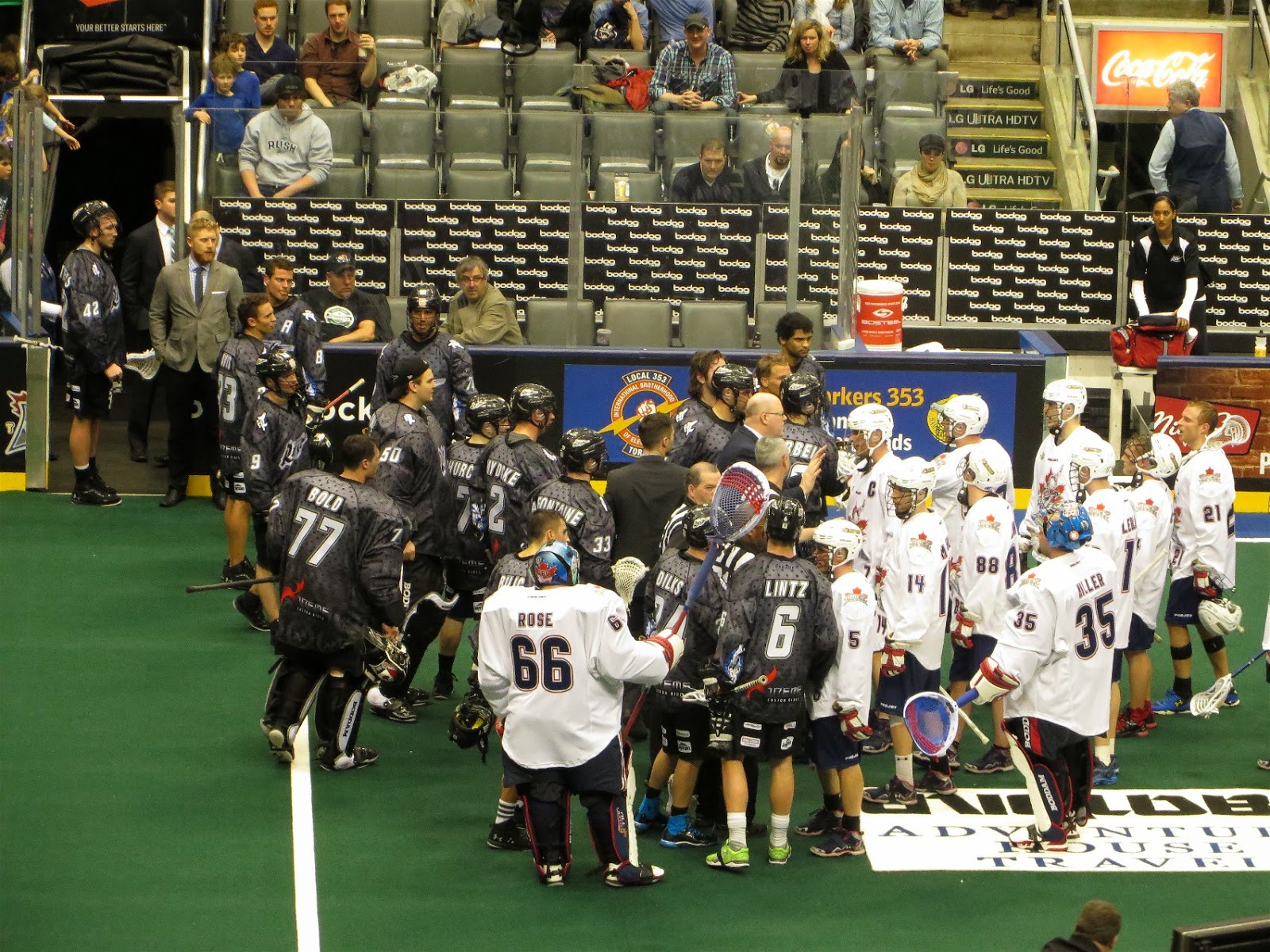 The Rock have to get their act together, especially their play in the second half, or they might find themselves out of the playoffs!
Posted by Swordsman at 18:00