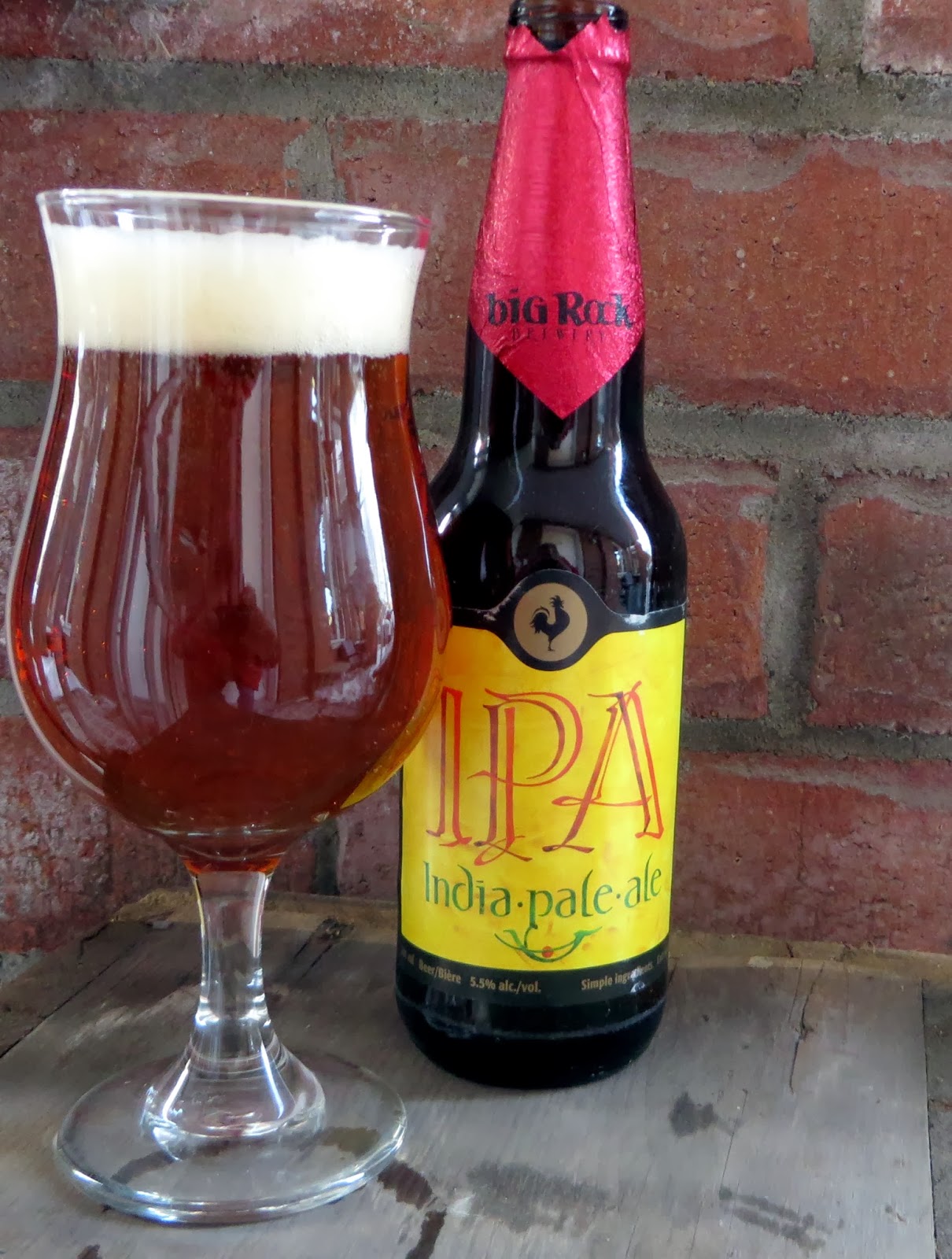 If you have been reading these Beer of the Week posts, then you know I am a bit of a hop head. Give me that bitter hop bite anytime! So when I saw the Beer Store had six packs of Big Rock IPA, there was no doubt it was coming home with me. Even though I have written about this brewery before, way back in 2009, it turned out that that post was done from a different angle.

Big Rock Brewery opened it's doors in Calgary way back in 1985 by Ed McNally, a 60 year old ex-lawyer who was sick of the big beer companies lagers. He had learned about barley while representing a group of barley growers who were taking legal action against the Alberta Wheat Board which must have helped when he started his brewery.

At first, Big Rock (named after a huge chuck granite rock located outside of Okotoks Alberta, just south of Calgary) started out producing just 3 beers, a bitter, a porter and one called traditional. There were just four employees at the time, but fate helped this company grow quite quickly.In 1986, Canada's two biggest breweries, Molson and Labatt, went on strike. In Alberta

there was only one brewery producing beer. Big Rock! Sales doubled and to keep up with demand the brewery worked 24 hours a day, seven days a week.

By 1996 they had outgrown there original brewery and moved to a new location in Calgary where they still are. Big Rock may have started with 4 employees but now has 120 working for them.

Ed McNally not only was inducted into the Calgary Business Hall of Fame but in 2004 was appointed a member of The Order of Canada, being widely recognized for his philanthropy and an inspiration to other free-thinking entrepreneurs, he funds annual scholarships to the University of Calgary and is a generous patron of the arts.

Big Rock IPA pours a coppery colour with an off white head, which took it's time dissipating and left behind lot's of wonder lacings on my glass. There were hops to the nose which I expected with an IPA.

The beer starts off with a little bitterness and a little malty, but then there is a nice, but not overpowering bitterness throughout the finish. Although a little stronger than a regular beer, at 5.5% APV, it has a very sessionable taste to it.
It`s a very nice beer that I would not hesitate to have again.