Quidi Vidi Inn of the Olde 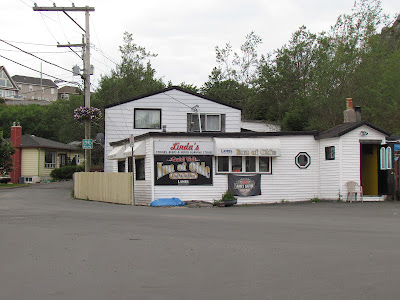 I am in a bit of conflict here. Should I even write this post?

You see, as I was leaving the Inn of the Olde, one of the clients yelled to me, "Don`t you be telling anybody about this place. We like to keep it a secret."

It is the most unusual bar/pub I have ever been in. It was like when Teena and I stepped through the door, we stepped back in time.

After leaving the Quidi Vidi harbour, we came upon the Inn of the Olde. Seeing the sign that said Linda's Stories, Beers and Wood Burning stoves, we just had to go in. Just for one, though, and then head back to St John's. Four  drinks and a pile of Linda's stories later we left. 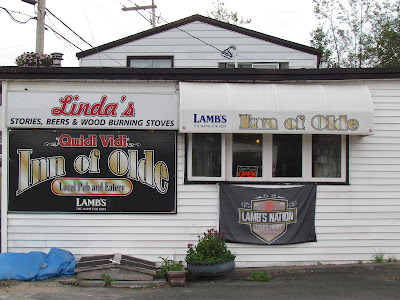 The place is jammed with spoons. keepsakes and things she has been given since she opened the bar back in 1977. Spoons! There are over 1500 of them. Army helmets hang from the ceiling. Yet the place feels more homey than junky. It likely was due to Linda's presence.

Linda was entertaining a group of people as we ordered our drinks and sat down. She quickly involved us in the storytelling. She is well into her 60s and, even though she has had a bout of cancer, is full of energy 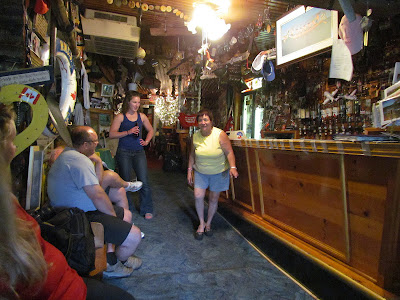 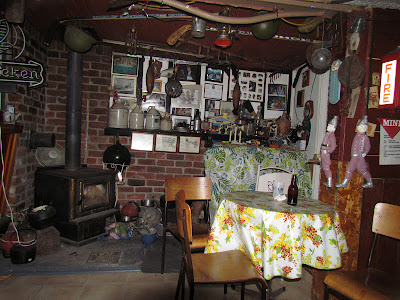 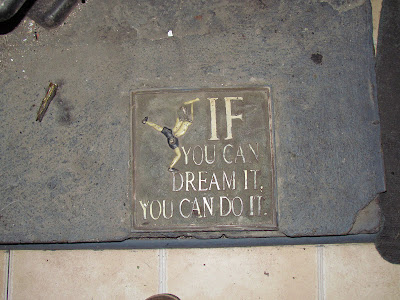 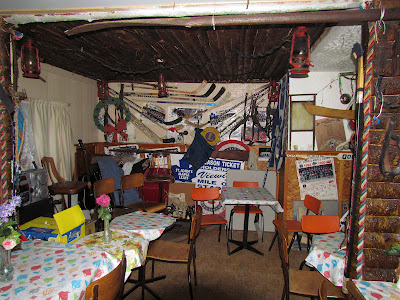 She never stopped. When the first group left, she continued with us. She was funny and entertaining even when talking about her cancer. Someone came in that she had not seen for years and then she left for awhile to visit with that family outside. 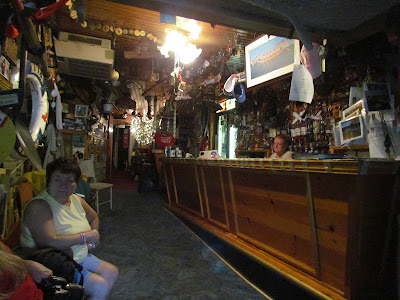 That gave us a chance to talk with Ruth, who was a hoot herself. She had no lack of stories either. 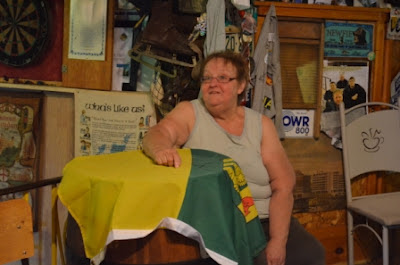 Finally a group of guys came in and, of course, they knew Linda and received hugs. After another drink, one of the guys called us a cab, as Linda's phone wasn't working. 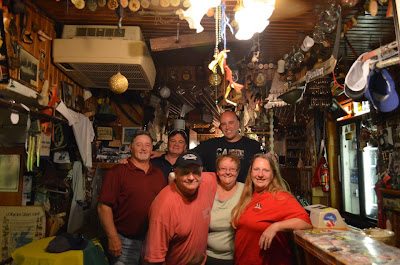 It was a most interesting visit and I can say that I never have or never will ever be in a place like this again. Linda and Ruth are such sincere and well-loved people. Stepping back outside, I felt like I was returning back from a very special place, an old fashioned bar from many, many years ago.

I can see why that fellow wanted me to keep this place a secret!
Posted by Swordsman at 20:02