Toronto Rock Lose, or How 29 Seconds Can Change a Game! 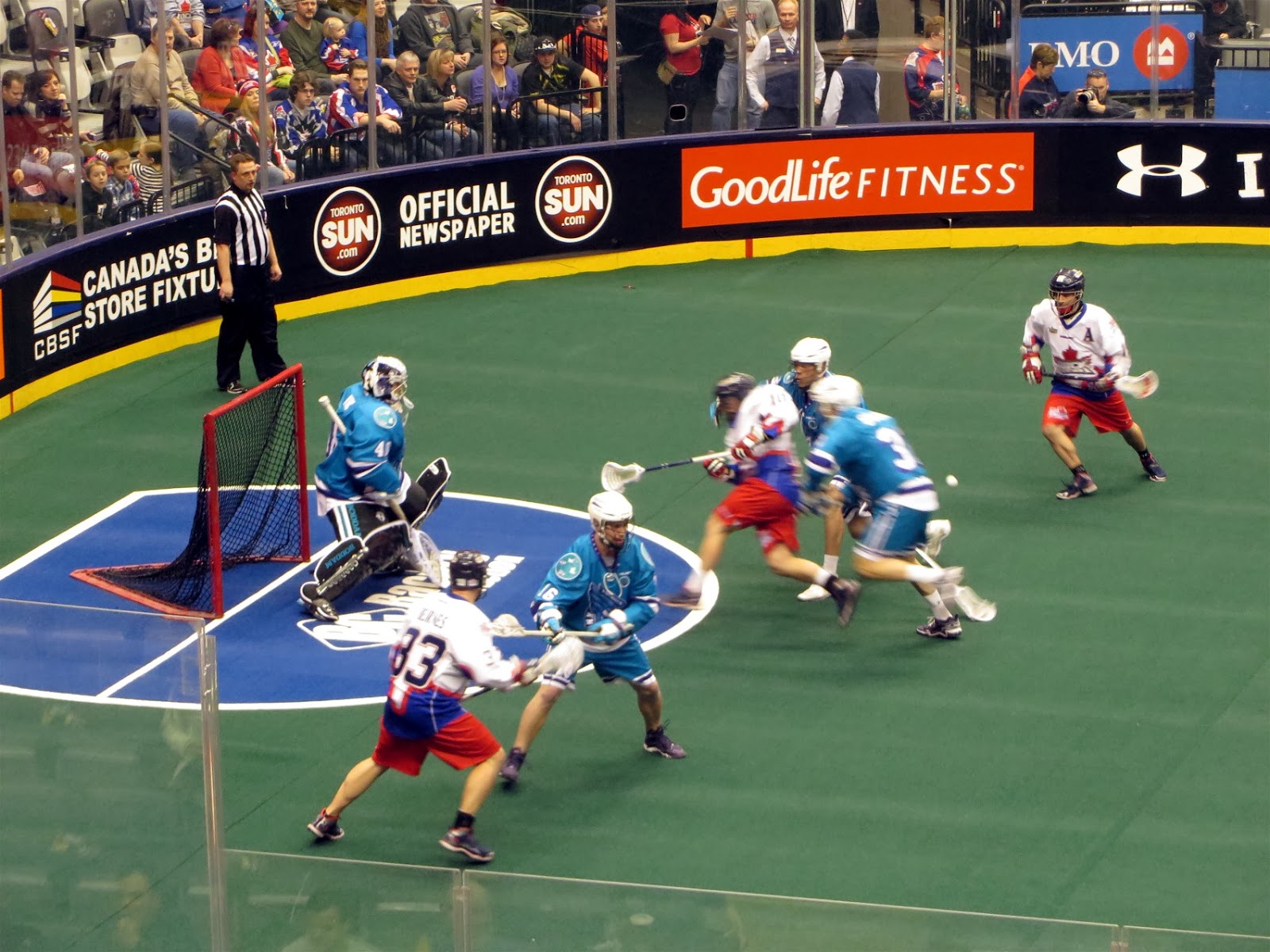 Tonight the 3-3 Toronto Rock played host to the 4-2 Rochester Knighthawks. It was a big game for both teams. Toronto has lost all three games they have played on the road and won all three of their games at home. If this kept up then we would leave tonight's game with a 4-3 record and tied with the Knighthawks for second place in the Eastern division.

As usual Scotty Newlands sang both national anthems and did his usual bang up job! 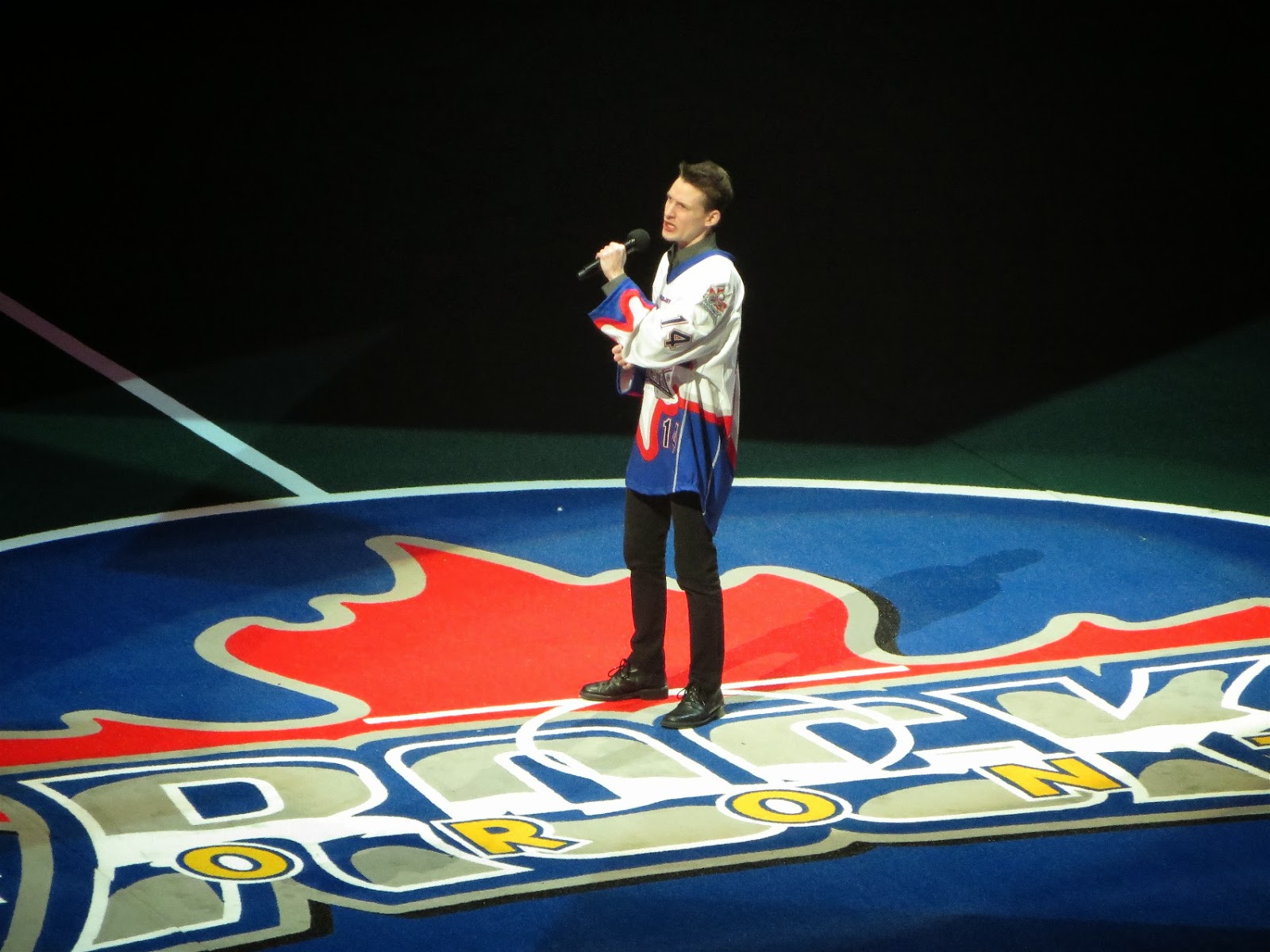 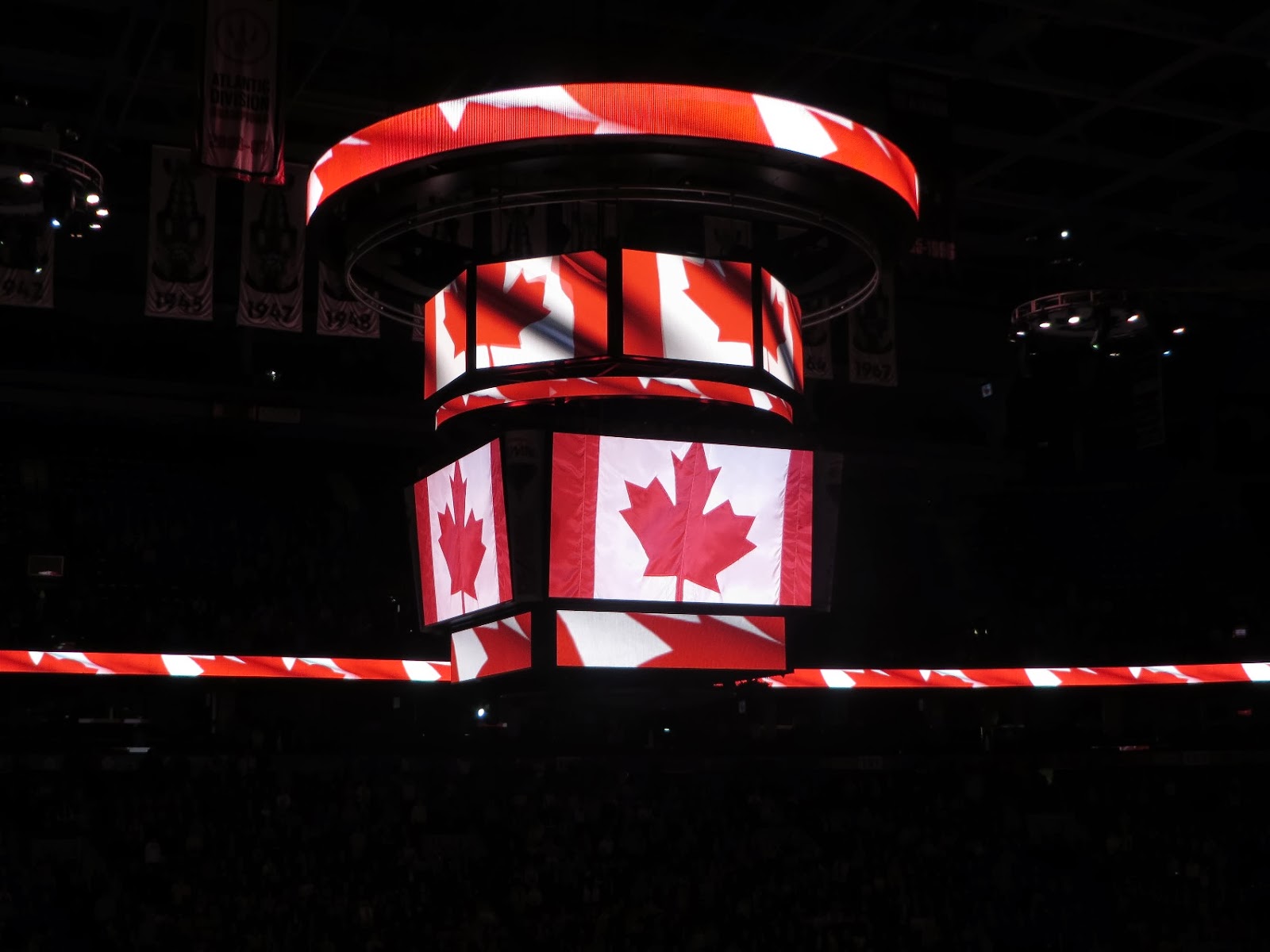 The game started off well for the Rock with Colin Doyle popping in the first two goals of the game for a 2-0 lead. By the end of the first quarter, Rochester had scored and Doyle answered back and the Rock took a 3-1 lead into the second quarter. 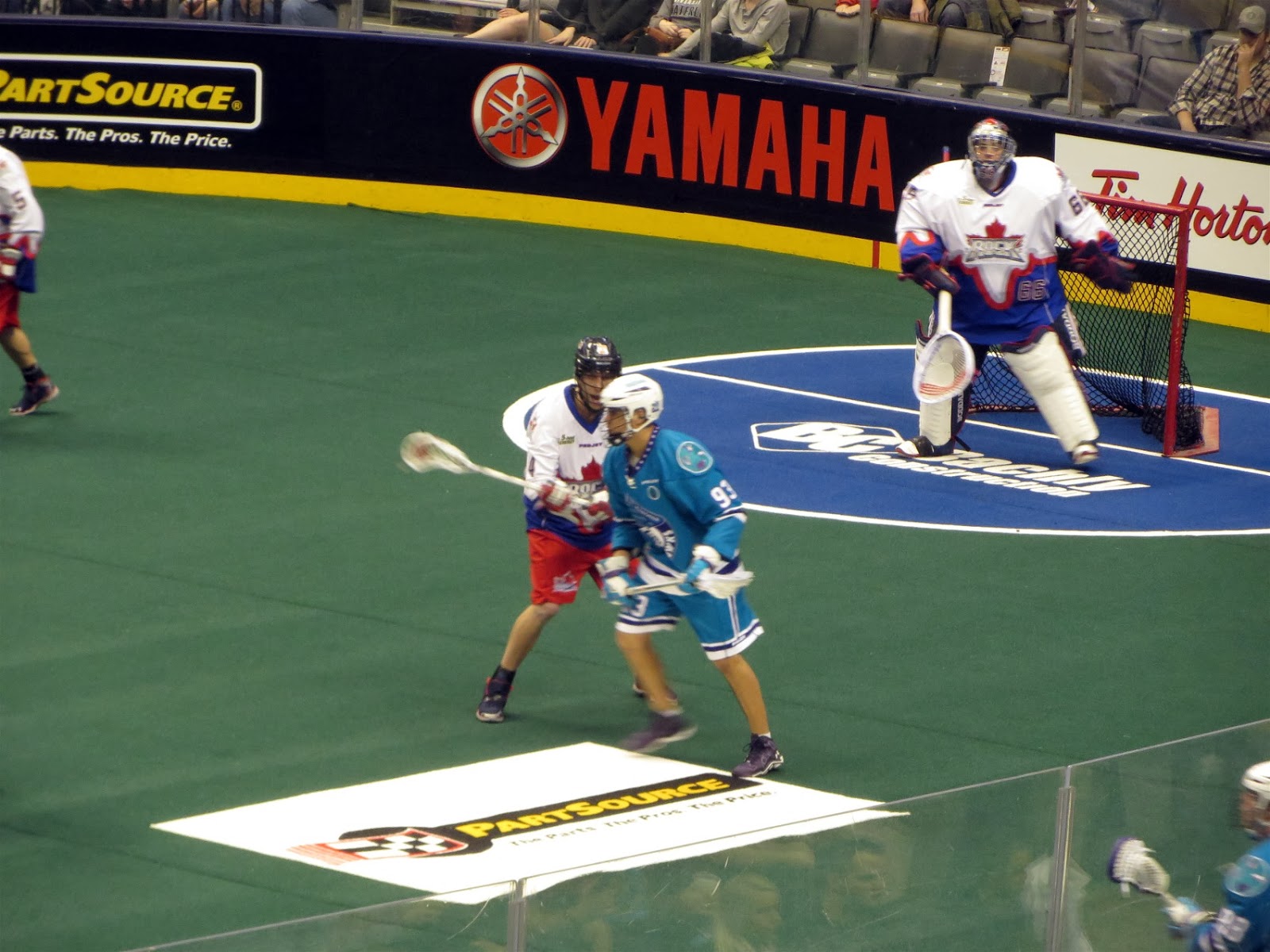 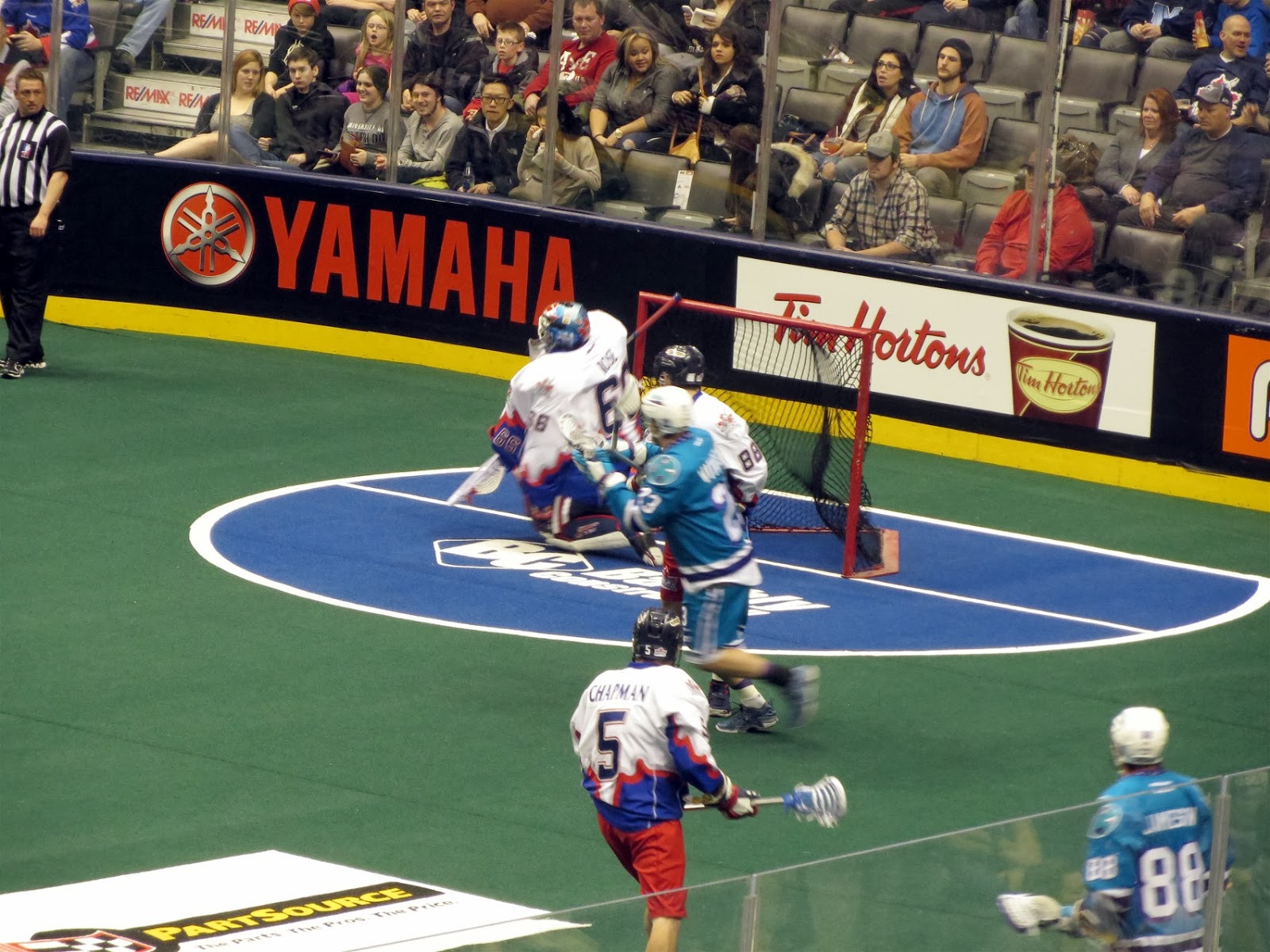 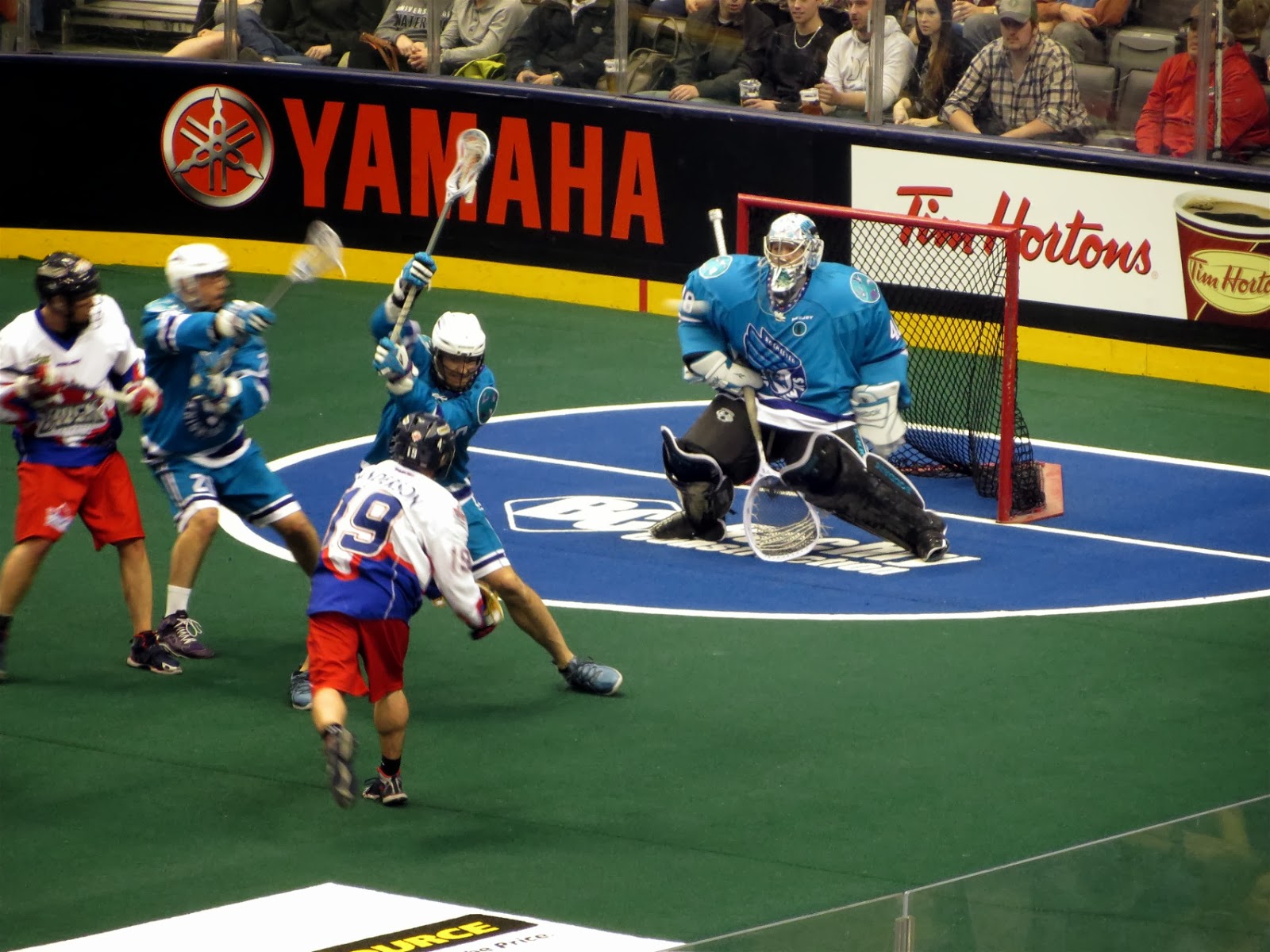 This fellow won a week long trip to the Caribbean! 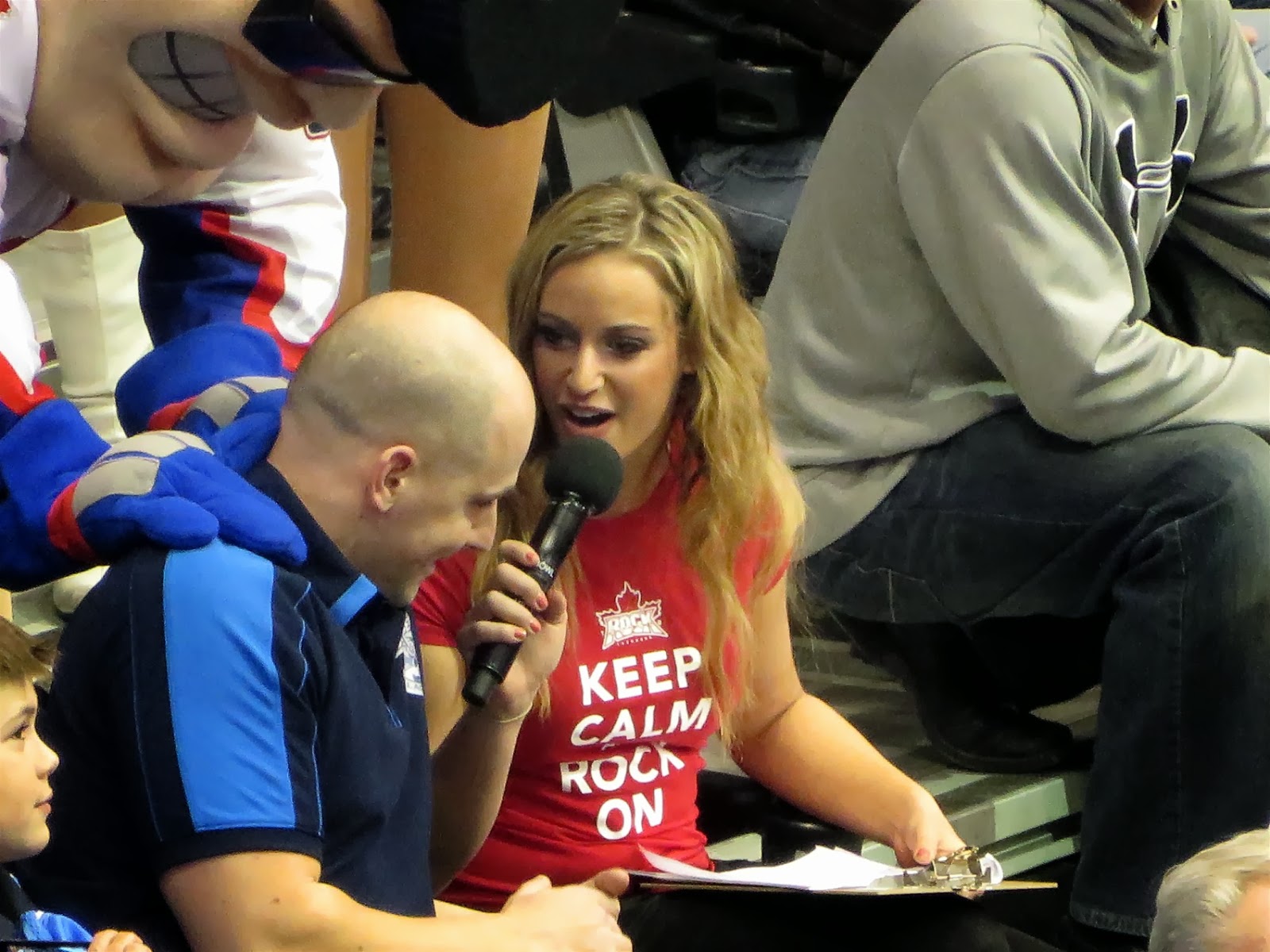 It was all fun with the Rock scoring three times in 32 seconds with six minutes to go to take a 7-5 lead into the last minute of play in the half. The Toronto Rock Cheerleaders were cheering and the home town crowd was loving the game! 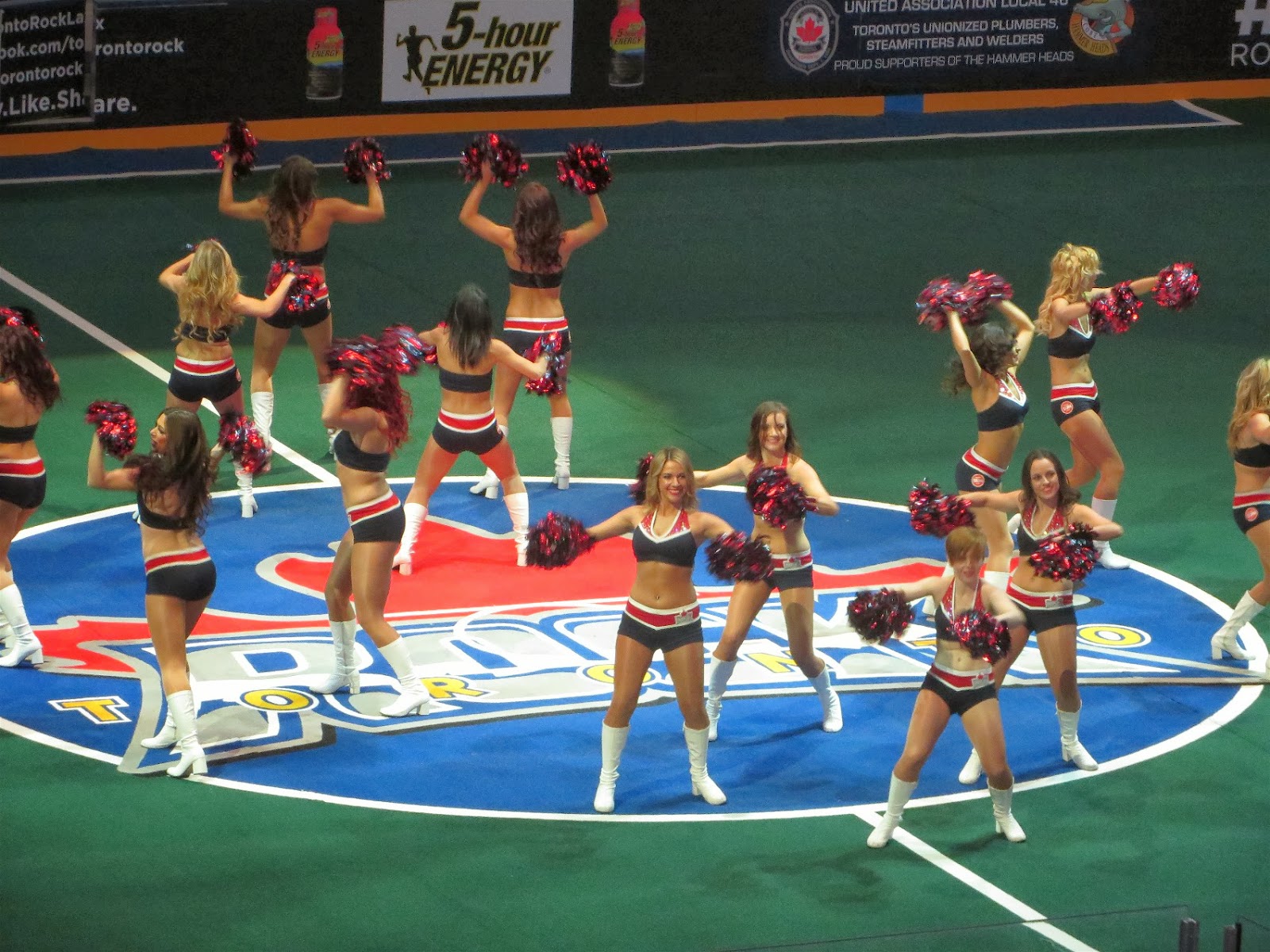 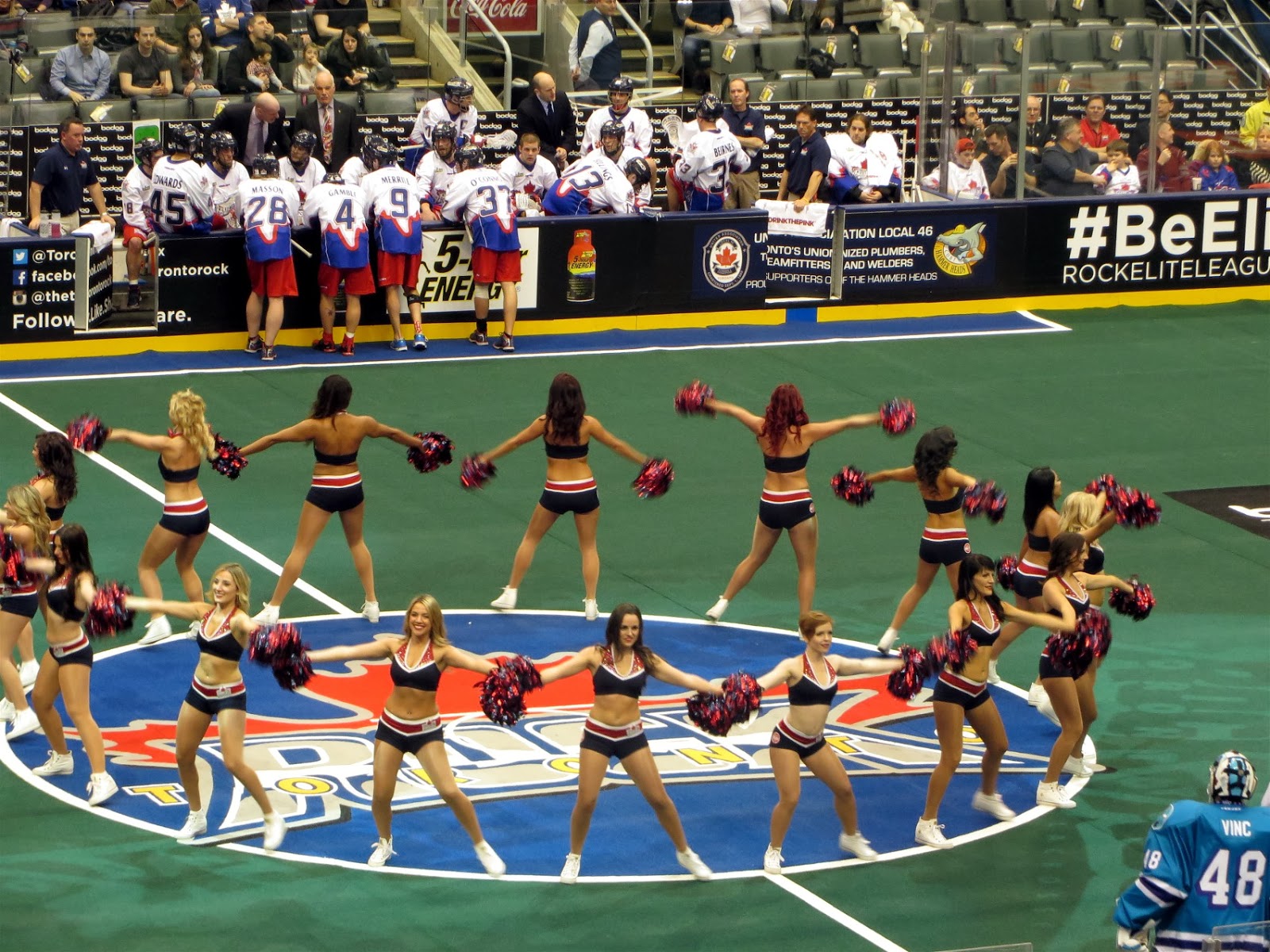 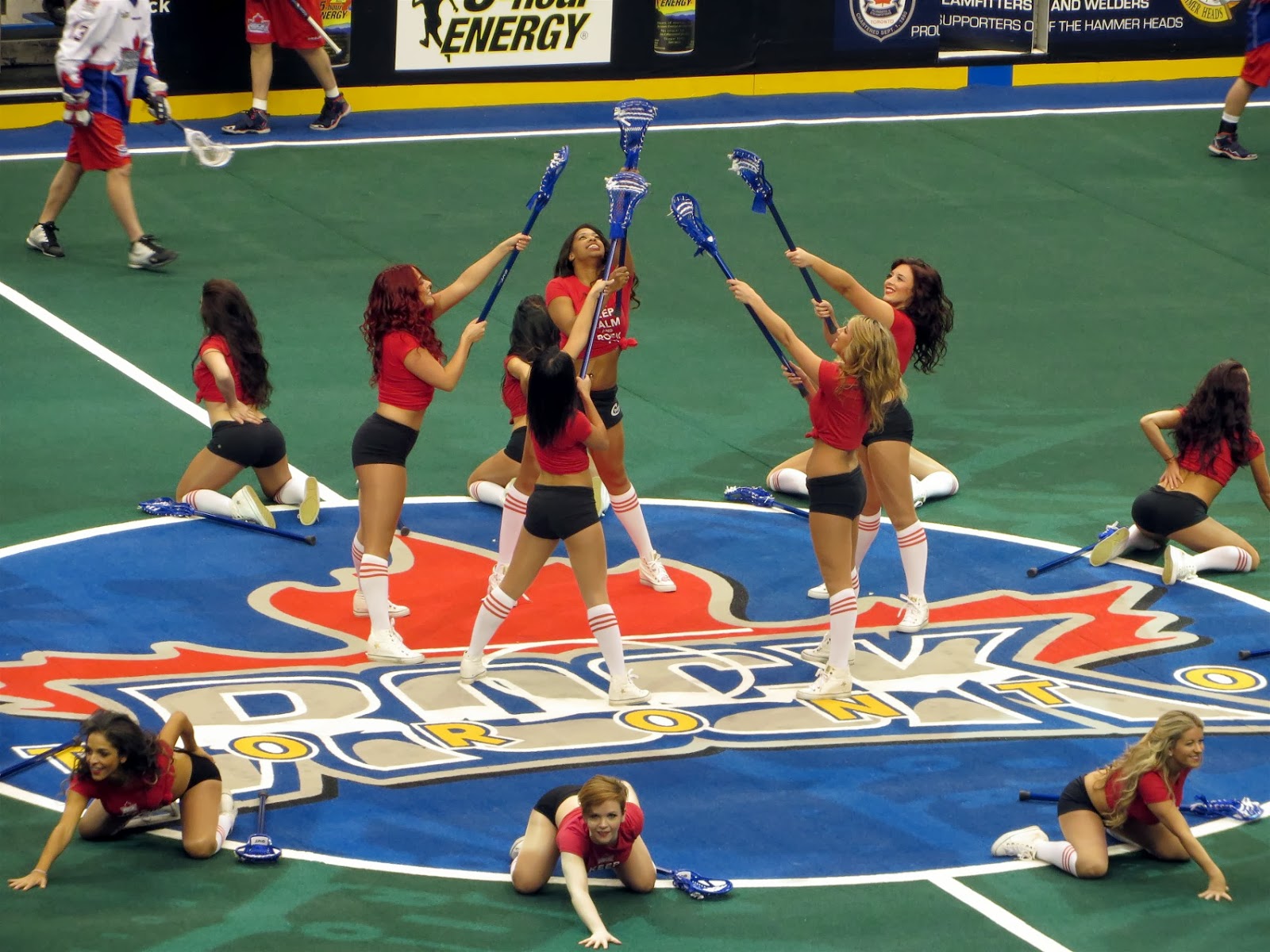 Then with just under a minute to play in the half, the Knighthawks scored three goals in 29 seconds to go into the half with a 9-7 lead. Yes, the Rock scored three quick goals earlier, but Rochester now went into the dressing room with momentum. 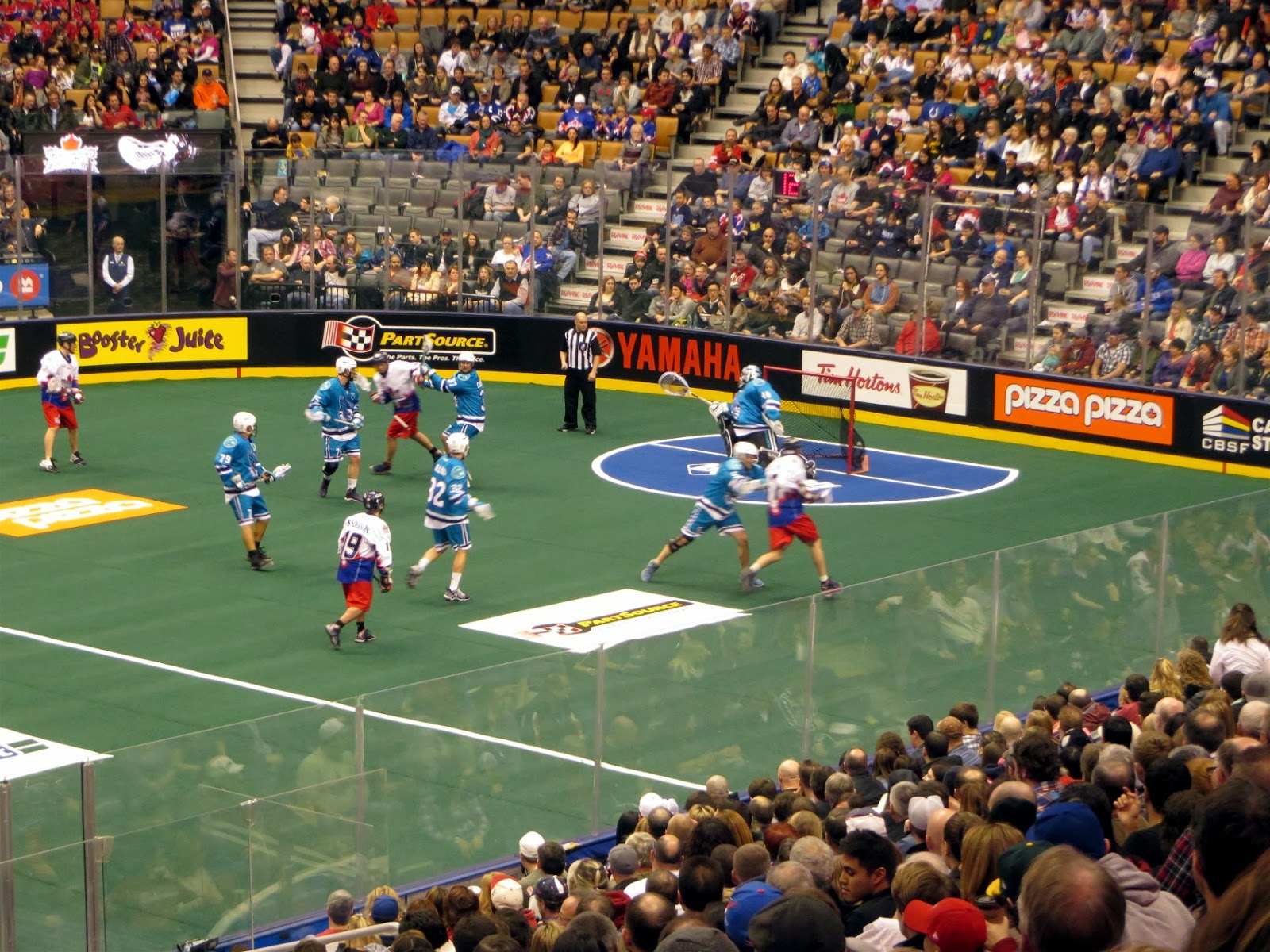 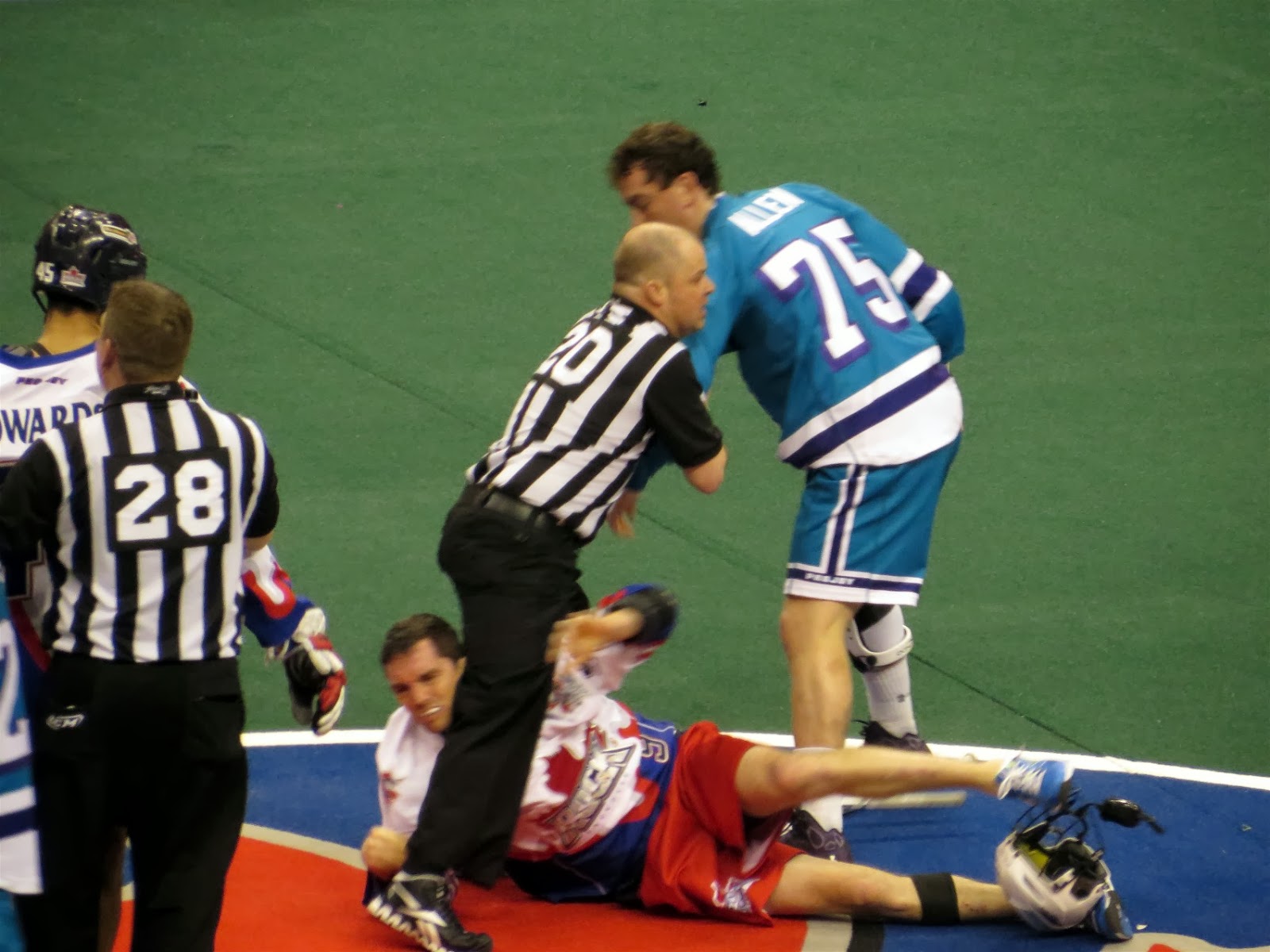 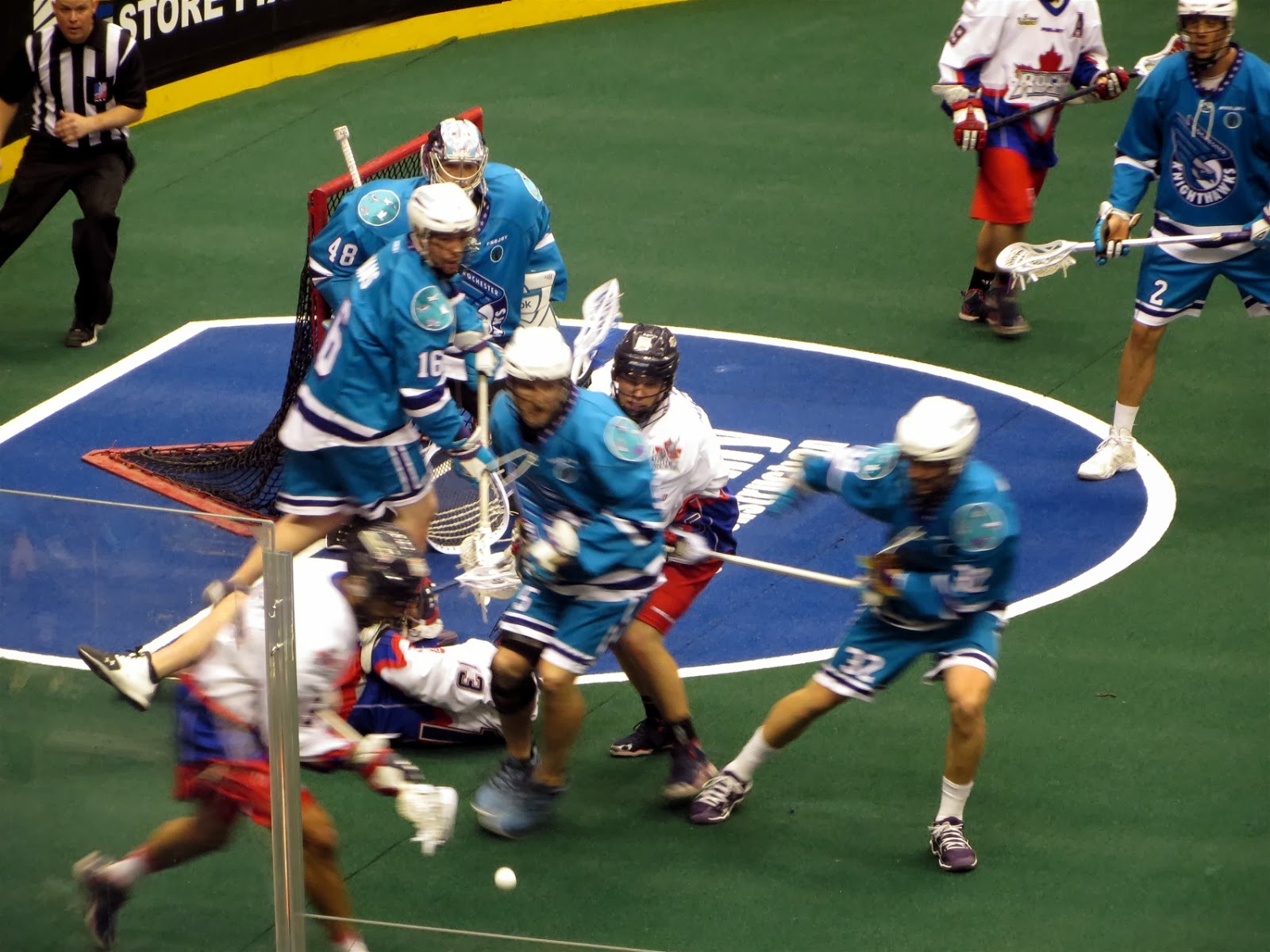 The third quarter was brutal for the Rock! Those three quick goals to end the half seemed to have left them deflated. The Knighthawks put in another seven goals in the quarter before Toronto could score with just 1:26 left on the clock for the quarter. Rochester, being down 7-5 had managed 11 goals in a row and shut out Toronto for 19 minutes and 57 seconds. Nobody in the house was happy! 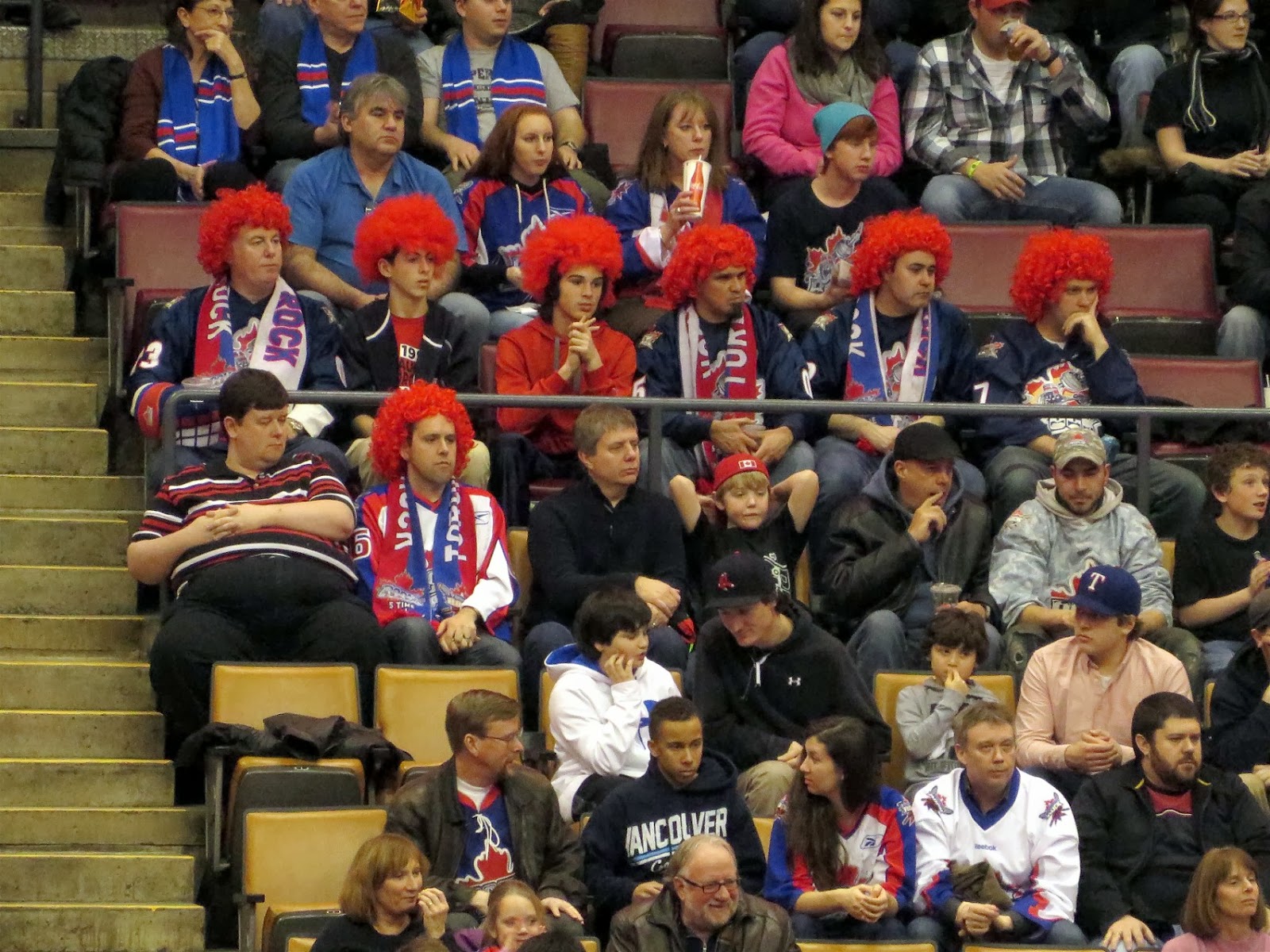 In the end, the Rock lost 17 - 9. They now sit in third place, two and a half games out of first. Next week we're hoping for a better outing against the 1-6 Minnesota Swarm. 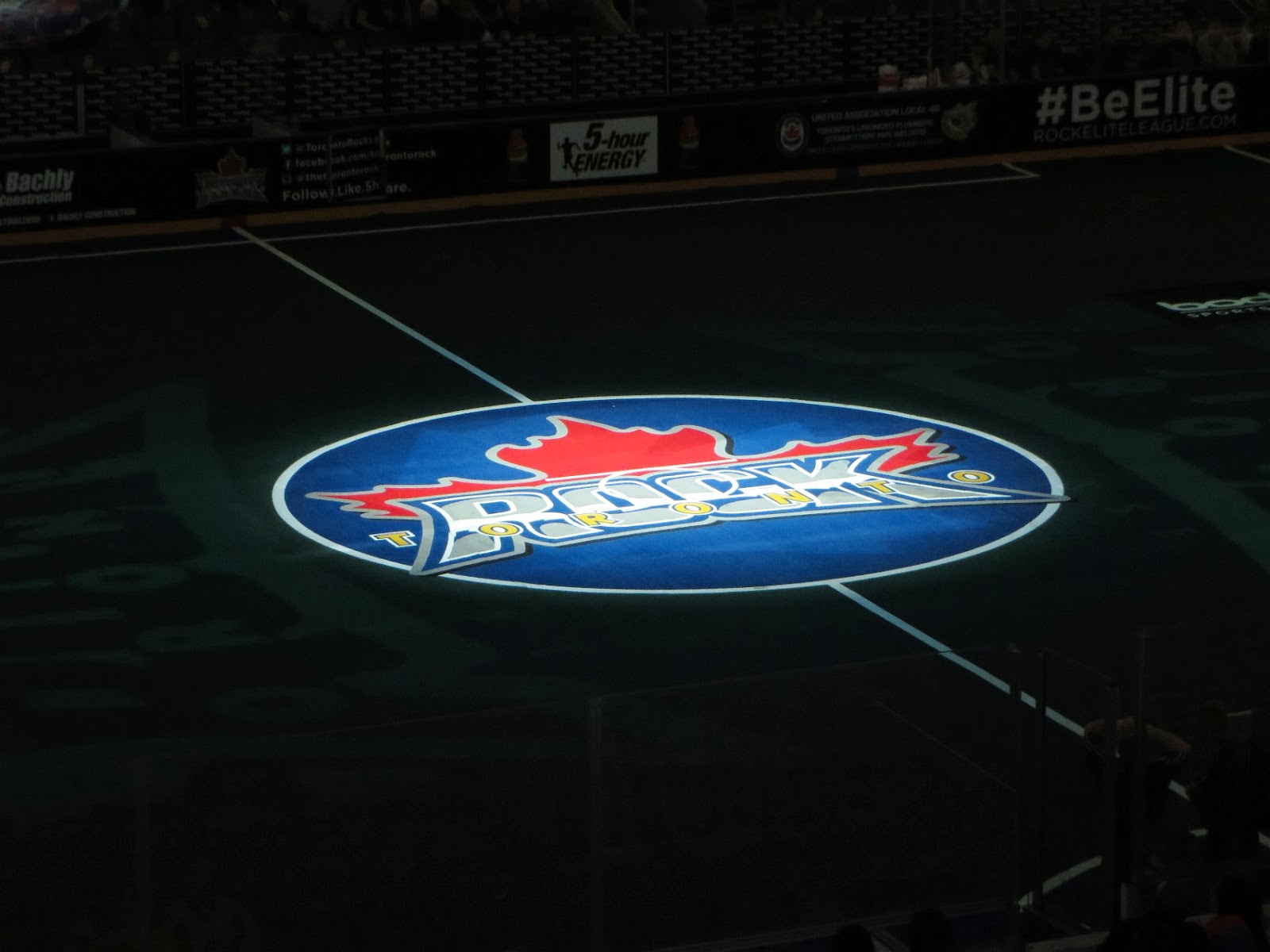