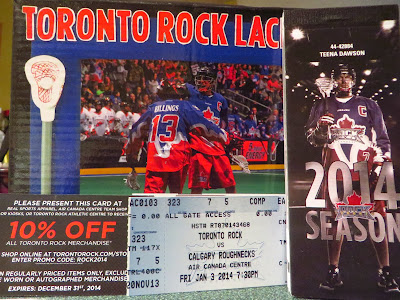 Back in March of 2012, Teena and I went to our first Toronto Rock game together and loved it. We haven't missed a home game since. That night I caught a lacrosse ball and Teena snapped a shot of me, which she posted on her blog, as I did on mine. 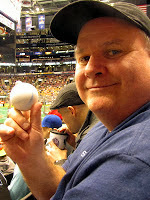 Someone from the Toronto Rock must have seen it and liked it as now every time we go to a game, there I am up on the Jumbotron! 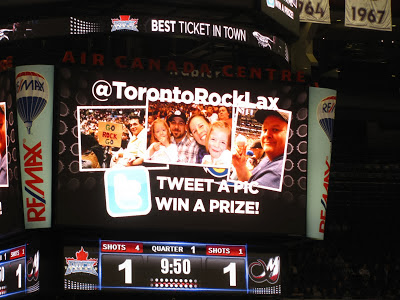 Last year we were unsure if we could attend every game so bought our seats game by game. In the end, we saw every game. One advantage of that was we sat in various sections and got to know the section that we like to sit in the most and this year bought season tickets in that section! They arrived today.

There are lots of advantages to being a season ticket holder. We received two tickets to each game, plus a couple of free tickets for the first playoff game. Yes, the Rock will surely have a home game playoff!

Also, we received two extra tickets in another section for the home opener on January 3 and four vouchers for future games to give to friends. We each received a Toronto Rock picture frame each and a discount card for merchandise. Mind you, Teena and I both have shirts and I have the hat but you never know. 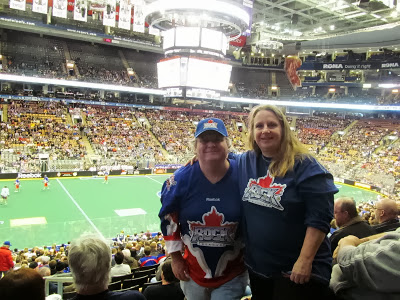