"Tommy" at the Avon Theater in Stratford 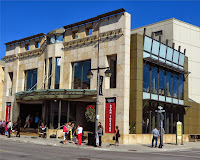 When The Who came out with the album, Tommy, in 1969, it was hailed as the first "Rock Opera." Some of the songs were great but others on the album did not stand up alone as a single. The reason was they were not supposed to, as they were just a part of larger story.

I always wondered if it would actually come to the stage. There was an awful movie made from it back in 1975.

It turns out that the very first performance of Tommy took place in April of 1993, ran for 900 shows and won five Tony Awards.Now 20 years later, Tommy is at the Stratford Festival.

Teena and I always make a couple of day trips a year to Stratford by train to see a play and I was really pumped to see this! 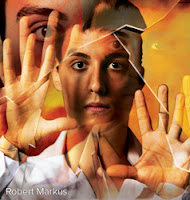 We saw The Three Musketeers in June and I went by bus a couple of weeks later to see Waiting for Godot, and today we went to see Tommy. I really wanted to see this and knew really nothing about the plot, so I won't give it all away here.

Deprived of sight, hearing and speech by the shock of what he has witnessed as a child, young Tommy Walker seems lost to life – until he reveals an uncanny talent for the game of pinball.

The play was fabulous. It wakes you up when the first notes come blasting in from the orchestra. Really when that first loud note came crashing into the theater everyone jumped ... and it just got better from there.

Not only is it a great story but the festival did a great job with the set. It was always busy and colourful. The action on the stage was nonstop. 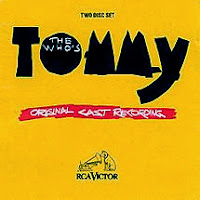 Where some plays have ebbs and tides in its pace, Tommy just keeps on coming at you.

I really felt sorry for Tommy and all he was going through. His mother too. I found that I had become quite attached to the story.

And, of course, the music was great and fun to see and hear as it was originally meant to be. I'm glad there were two renditions of Pinball Wizard done. See Me, Feel Me is present throughout the play and I loved Acid Queen and how I'm Free was belted out. Great music!

In the end, I feel this is the best musical I have ever seen. I'll have to make a list and see what my top five musicals are but this will top it for sure.
Posted by Swordsman at 23:14