Inside Comedy: The Soul, Wit, and Bite of Comedy and Comedians of the Last Five Decades by David Steinberg 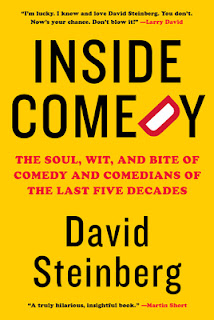 I just finished reading Inside Comedy: The Soul, Wit, and Bite of Comedy and Comedians of the Last Five Decades by David Steinberg.
From David Steinberg, a rabbi's son from Winnipeg, Canada, who at age fifteen enrolled at Hebrew Theological College in Chicago (the rabbinate wasn't for him) and four years later, entered the master's program in English literature at the University of Chicago, until he saw Lenny Bruce, the Blue Boy of Comedy, the coolest guy Steinberg had ever seen, and joined Chicago's Second City improvisational group, becoming, instead, the comedian's comedian, director, actor, working with, inspired by, teaching, and learning from the most celebrated, admired, complicated comedians, then and now--a funny, moving, provocative, insightful look into the soul, wit, and bite of comedy and comedians--a universe unto itself--of the last half-century.
Steinberg, through stories, reminiscences, tales of directing, touring, performing, and, through the comedians themselves talking (from more than 75 interviews), makes clear why he loves comedy and comedians who have been by his side in his work, and in his life, for more than sixty years.
If you're looking for dirt on celebrities in this book, you won't find it. Steinberg has worked with pretty much everyone in comedy and has many great behind the scene stories to tell. I really enjoyed it.
About David Steinberg 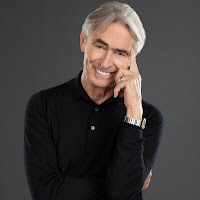 David Steinberg CM is a Canadian comedian, actor, writer, director, and author. At the height of his popularity, during the late 1960s and early 1970s, he was one of the best-known comics in the United States.
He appeared on The Tonight Show Starring Johnny Carson more than 130 times (second only to Bob Hope in number of appearances) and served as guest host 12 times, the youngest person ever to guest-host.
Steinberg directed several films and episodes of television situation comedies, including Seinfeld, Friends, Mad About You, Curb Your Enthusiasm, The Golden Girls, and Designing Women. Since 2012, Steinberg has hosted the interview program Inside Comedy on the Showtime network.
Posted by Swordsman at 16:13