My Camera has the Measles! 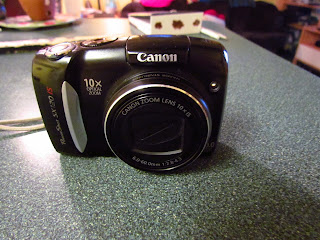 The air show was on last weekend and I went out to take some shots with my trusty point and shoot. When I came in and loaded them on my laptop I saw there were three dots on each picture. 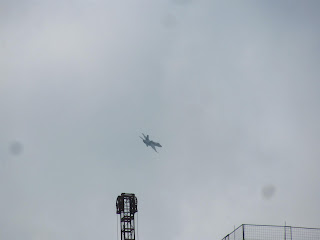 I cleaned the lens thoroughly a couple of times and it was still there. Turns out there is some dirt or water spots on the mirror inside the camera. I took a shot of a white surface then fixed the resulting shot to really bring out the spots. 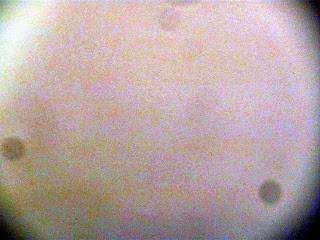 So I  have five choices.

Forget the first two. Number 4 I could do but there are many times I just want something handy to carry around in my backpack or pocket. I am considering #3 and if it doesn't work then do #5. Likely will just go get another point and shoot, but one that has aperture, and shutter speed control.

Really annoying though that this happened. I've had the camera for three or four years now and love it. Damn!
Posted by Swordsman at 20:17

You can have my Canon and I'll get another pocket one. I find the speed of the flash charging annoying.