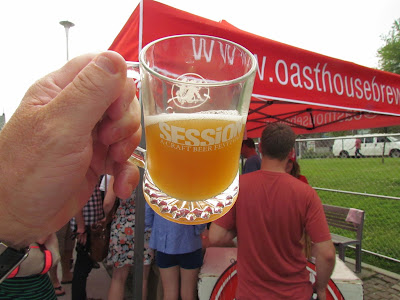 This evening, Teena and I met up with some friends at the 4th Annual Sessions Craft Beer Festival.

The first year it was held at Sunnyside Pavilion and the next two were at 99 Sudbury (great because it was close to home). The festival kept growing, though, so this year it was relocated to Artscape Wychwood Barns. 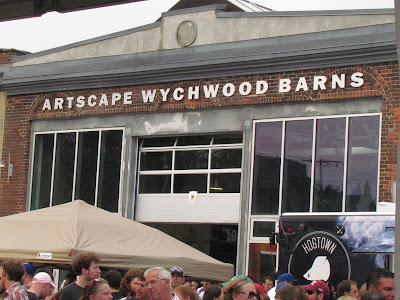 Even with the bigger event space, it was fairly crowded. 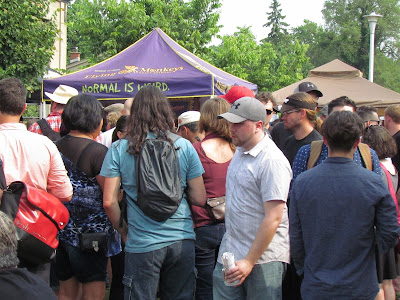 Thankfully the rain stopped before the show but it was incredibly humid. Here I am with Darlene and her friends, Bruce and Christine, where we found a bit of shade behind the stage. 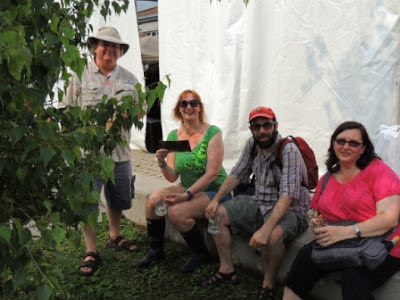 One of my favorite breweries is Black Oak. The owner, Ken (to the left), told me they just finished bottling their Summer Saison, one of my most favorite summer beers. I'll be by the brewery to pick up a case. In the meantime, I went back a few times to have some on tap here. 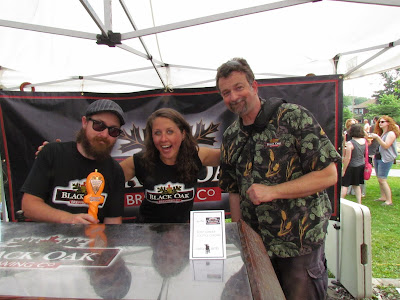 There were even clowns on hand. The red haired one reminded me of the clown from Zombieland. 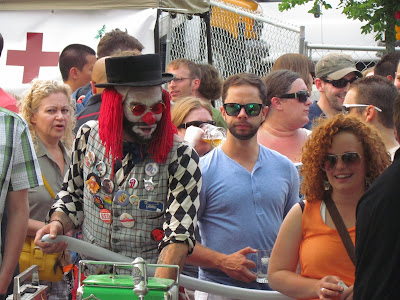 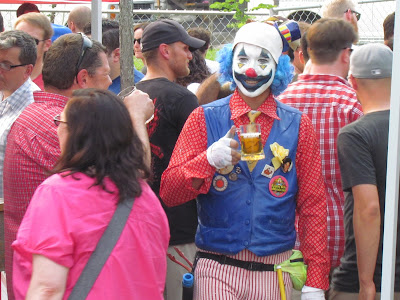 Central City Brewing from Surrey, BC, was there. I love their Red Racer IPA! 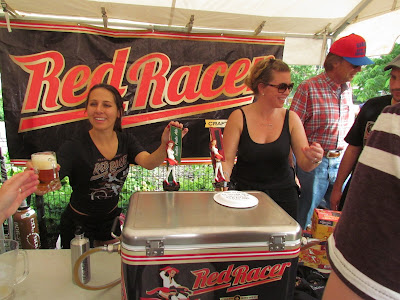 There was always somebody performing of the stage. The music was quite good all day. 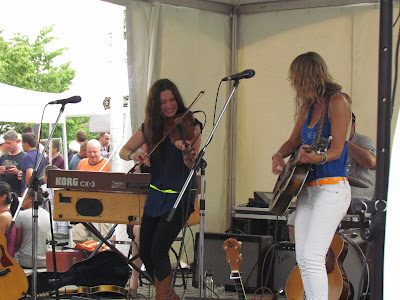 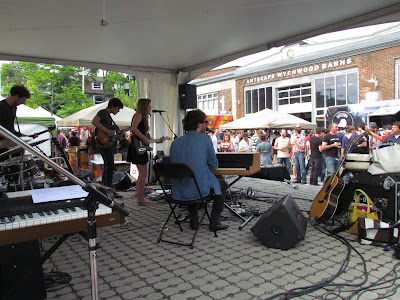 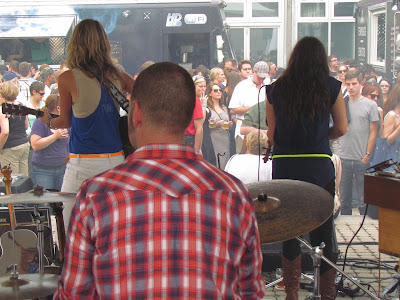 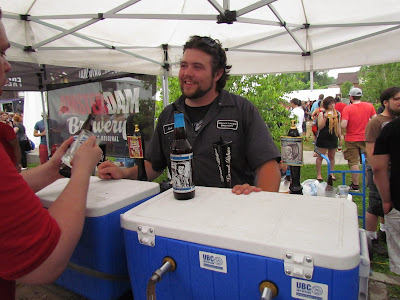 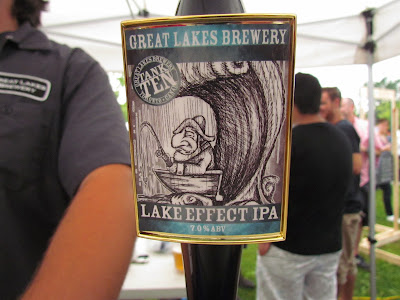 There was an inside area that also served beer and had food vendors, plus a place to sit and eat. 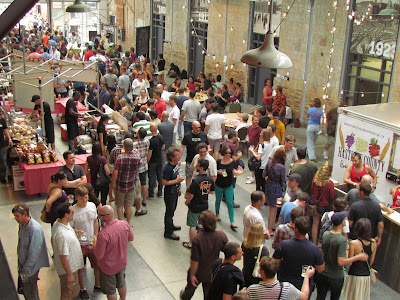 Left Field Brewery was featured as my Beer of the Week where I tried their Eephus Oatmeal Brown Ale. Today I had a chance to try their 6-4-3 IPA. It was delicious! 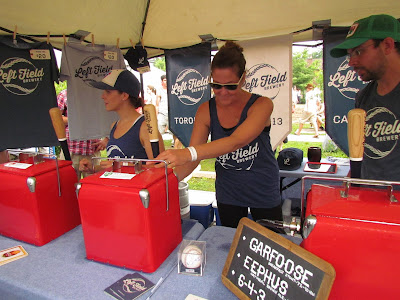 A pile of empty beer glass boxes would need some breaking down once the show was over. 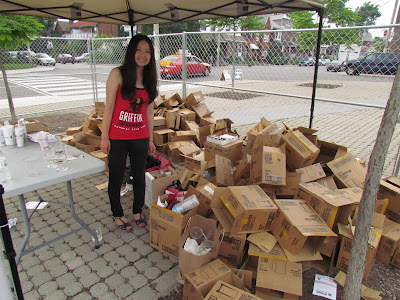 Amsterdam's Boneshaker is a nice IPA. 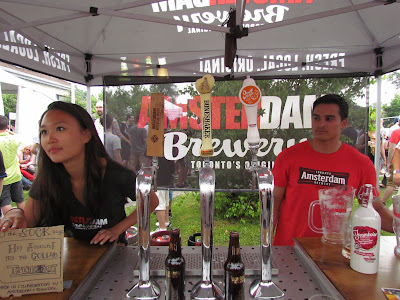 City TV is everywhere! Stella Acquisto from Citytv was there doing interviews. 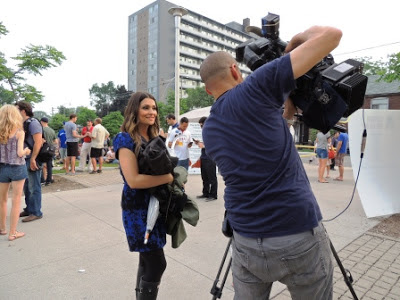 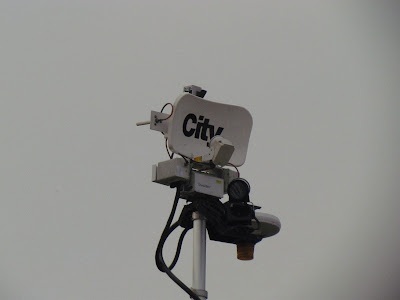 We bump into Lucy from Mill Street Brewery at events all around the city. She was here serving again today. 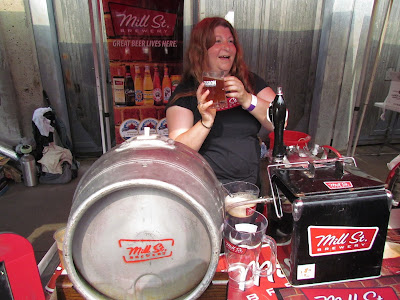 We were told that there were 2,500 people here today and that next year they may lower the daily attendance to 2,000 and hold the event over two days. It was a fun, hot day, and I will surely be back next year!
Posted by Swordsman at 21:00