An Afternoon at "Session - A Craft Beer Festival" 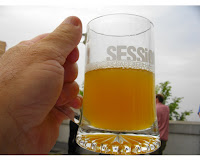 Teena, Darlene and I went to Sunnyside Pavilion for "Session - A Craft Beer Festival".

21 breweries, some food vendors and 2 music stages were set up outside in the courtyard and upstairs in the covered pavilion.

It was raining when we arrived for the first hour or so. After speaking to Ken Woods from Black Oak Brewery outside in the rain, I grabbed a sample of their Cheshire ESB, a fabulous way to start, and Teena tried the Summer Saison. We headed upstairs under cover and concentrated on the booths there.

It was a great day!

The weather finally co-operated and the sun came out.

My favorites of the day was "My Bitter Wife", a cask beer from Great Lakes Brewery. My next favorite was the Imperial IPA from Garrison Brewing, which came from Halifax for the event. Other favorites were the Cheshire ESB that I started with, Hop Head from Tree Brewing in Kelowna, BC, and the Atomic IPA from Flying Monkeys Brewery in Barrie.

The food was good too. Teena and I had the pulled pork sandwich from Duggan's Brewery and Teena also tried their meatball sandwich. Darlene and I had the cheese tray from Leslieville Cheese Market. Hey, I even had my first oysters ever!

The people at Rodney's Oyster House let me try a couple. I didn't do the first one properly, just letting it slide down my throat. I was told to have another but to bite into it before swallowing. Topped with a squirt of lemon and a dash of Tobasco sauce, I let it slide into my mouth, bit into it, and swallowed. I wasn't expecting to like it, which is why I didn't bite into it the first time around, but was surprised as I liked it. They won't be the last oysters I ever have!

All in all, it was a great event, very well organized and lots of fun. I hope they have another next year as Teena and I would definitely be back!


Me and my first attempt at eating an oyster. 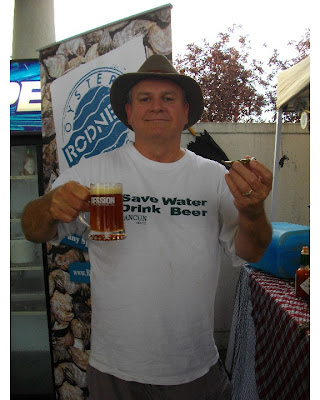 Down she goes! Surprisingly I liked it. 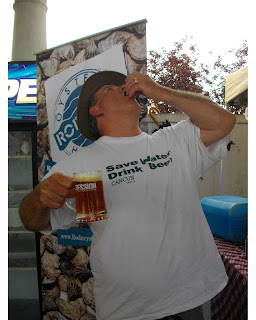 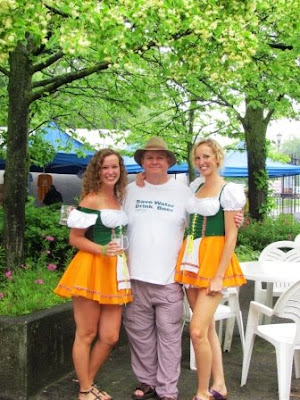 Teena and Darlene enjoying a pint. 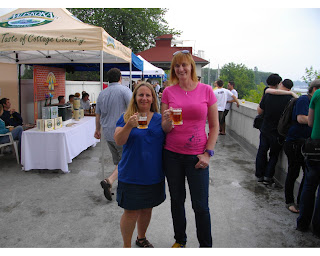 Having a pint of Hop Head at the Trees Brewery booth. 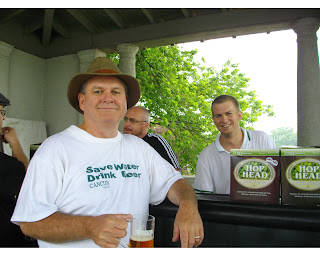 New friends from Garrison Brewery.
I was happy to find out their Imperial IPA is coming to the LCBO in September. 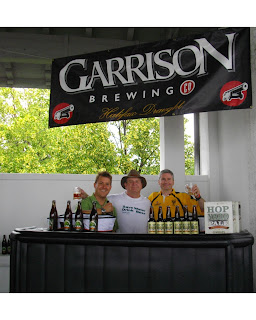 The downstairs courtyard, now the sun has come out. 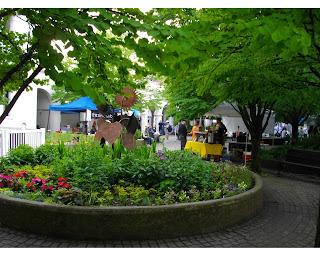 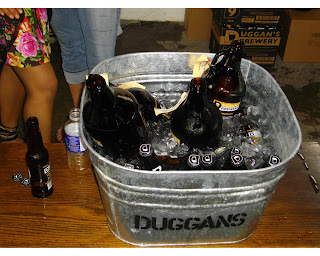 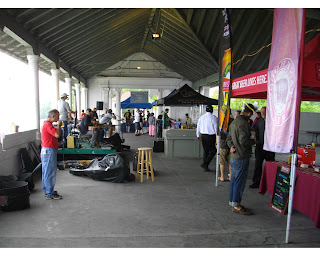 I am making the news!
A reporter from Toronto Community News liked my teeshirt,
which says "Save water, drink beer". 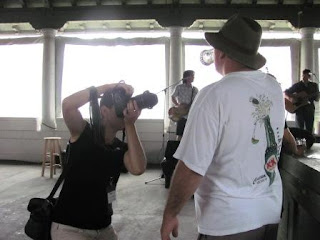 This guy was a fun promoter for Flying Monkeys.
I loved their Atomic IPA and Netherworld Indian Pale Porter. 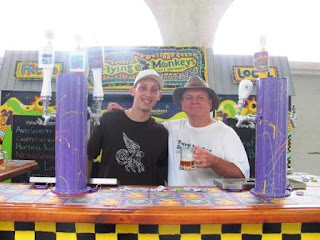 Barmaids greeted patrons as they arrived.
Everyone received an official "Sessions" sample mug. 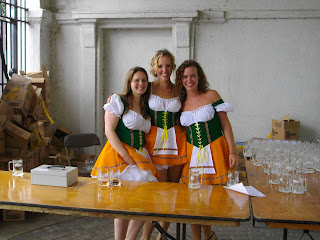