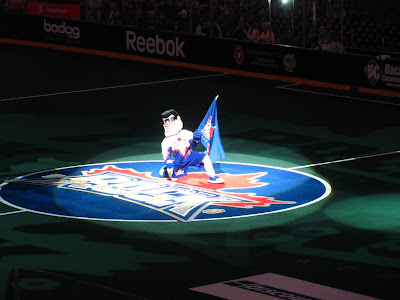 This afternoon the Toronto Rock took on the Rochester Knighthawks in NLL action and, yes, Teena and I were there. If the Rock won, it meant they clinched first pace in the east and would have home field advantage for the East Division semi-final and final. Yes, we wanted a win.

We were trying different seats in the stadium to figure out where we wanted our season tickets for next year. Today we were in end zone seats 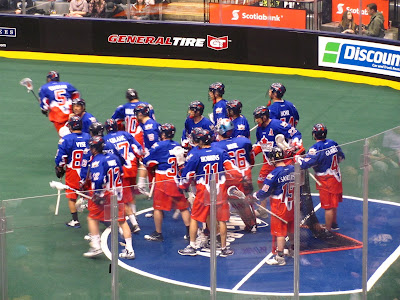 Toronto was primed for a win and jumped out into a three to nothing lead in the first eight minutes of the game. A the end of the first quarter, the Rock lead 5 -3 in what looked to be a very high scoring game. That assumption was quite wrong!

My picture hit the scoreboard once again. I love it! Also they flashed on us in the crowd for a moment! 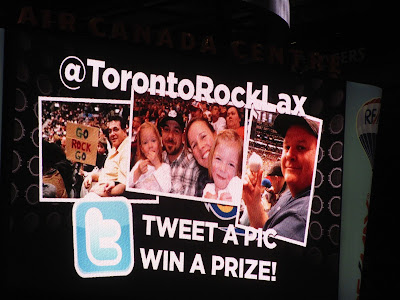 It was a rough chippy game with lots of hard hits but both sides kept their cool. 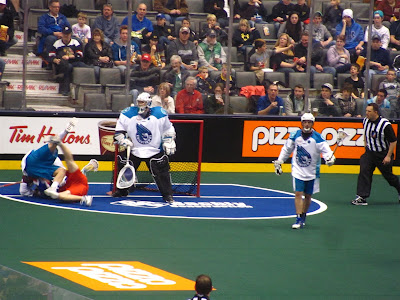 Nick Rose played a great game in the net, making some key saves, especially in the last couple of minutes of play, but here is a goal the Knighthawks managed to get by him. 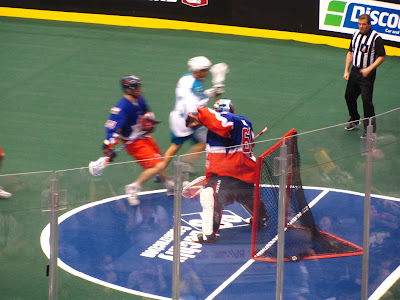 Once again the Rock Cheerleaders were fully behind their team, plus Iggy Rock came out to dance along with them. 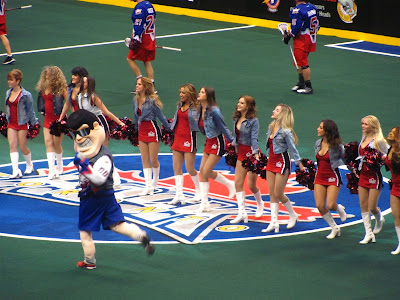 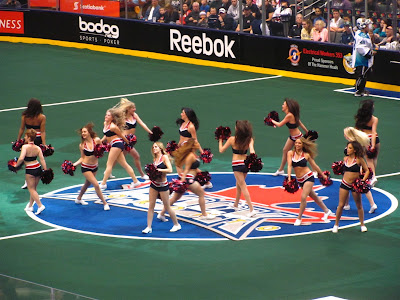 At the half, the Rock lead 7-4. Teena and I were above the photography area and both of us had lens envy with this guy. 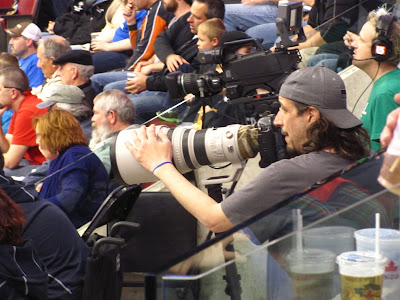 It was a low scoring third quarter with the Rock scoring just a single goal and Rochester scoring two. At the end of the third quarter, Toronto still lead 8-6.

Rochester scored early to get within a goal when Stephan Leblanc put in this goal with 13 minutes to go to gain back that precious two goal lead. 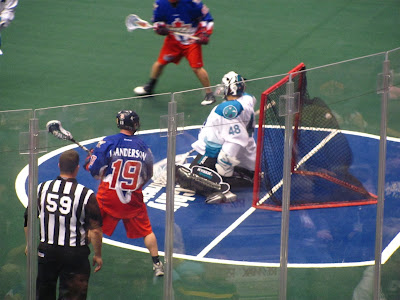 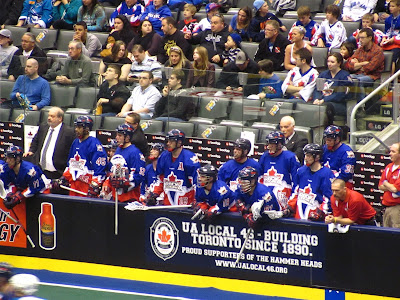 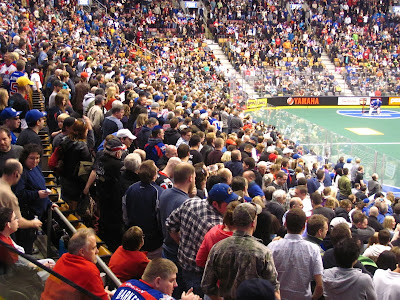 Nick Rose and the defense held, coming up with a 10-9 victory and clinching first place in the east! If they win next week or if Calgary, Edmonton and Colorado all lose one of their last two games, the Rock will also clinch home field for the championship game. 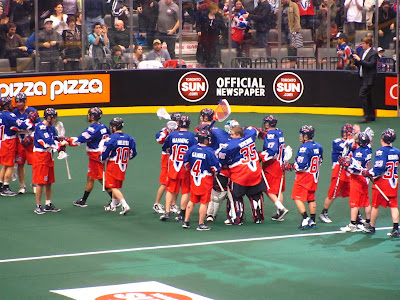 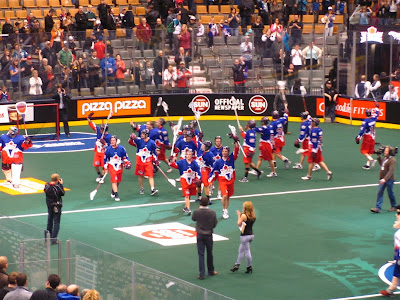 Tickets went on sale for the first Rock playoff game on April 28th right after the game. Teena and I have ours. We'll be there MAKING SOME NOISE, FOR THE BOYS! 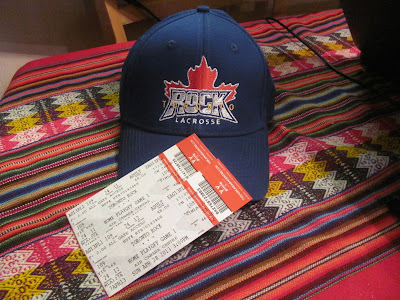