"Galed in" Bermuda. A Chance to Visit St George's 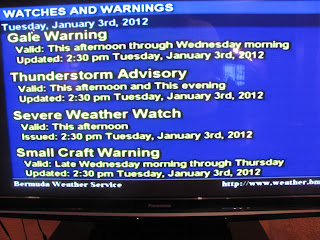 It was with some reluctance when we woke up this morning, packed our bags and dragged them up to the front desk. We had seen most of the island but not St George's which was just to the north. After breakfast we found that our flight had been canceled due to the storm. In fact all flights too and from Bermuda was canceled. The hotel still had our room open, so they booked us back in for another night. We confirmed that we had a flight for the next day, and dragged our bags back to the room. Once there we changed and rain or shine were off to see St George's.

"Admiral Sir George Somers, who founded Bermuda, named the town not after himself but in honor of the Patron Saint of England, St. George. St George's, was settled in 1612 and is the oldest continuously inhabited English town in the Americas. St. George's used to be Bermuda's capital until the 19th century after being substantially outgrown by Hamilton."

It rained on and off during the day and we were lucky as we were in the only 2 open pubs when the big downpours came. The wind was strong all day with great gusts. Although the bay is sheltered there were 4 to 6 foot waves. The TV said outside of the reef which protects the islands, the waves were 20 to 25 feet high! 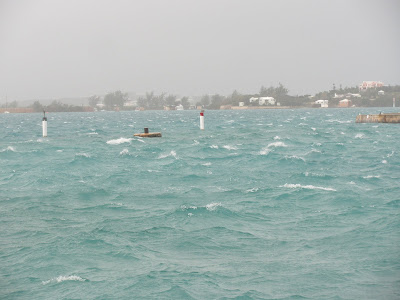 The town is a UNESCO World Heritage site as many of the buildings, alleys and street are from the original days of the town. The oldest building is the State House built in 1620. Like Teena says, there are so many reminders out there that the world existed before we did. 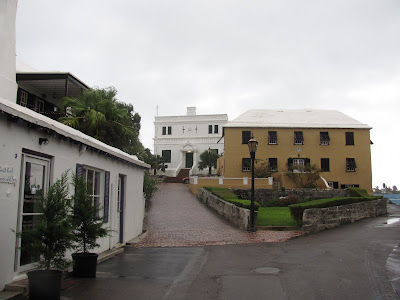 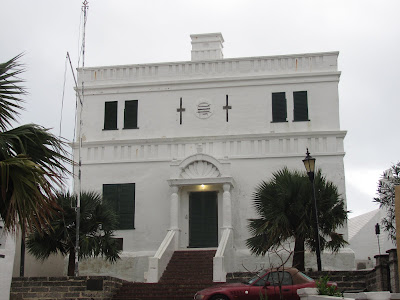 St Peter's Church is "is the oldest surviving Anglican church in continuous use outside the British Isles. It is also reportedly the oldest continuously used Protestant church in the New World." 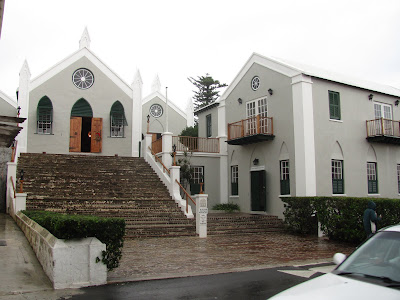 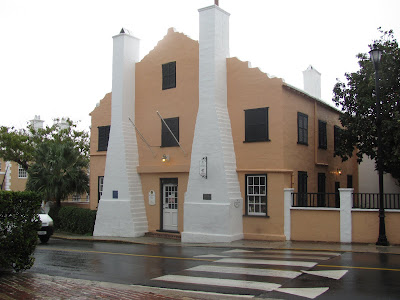 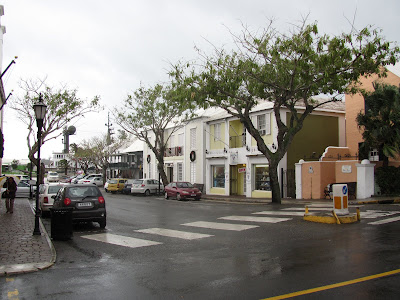 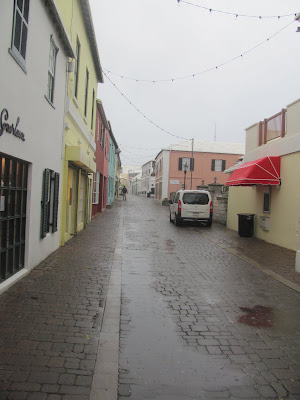 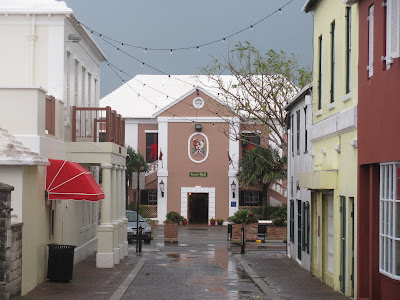 I had hoped to see the full size replica of the Deliverance, the ship that saved America.

"In 1609, a fleet of 9 ships set sail from England for the new British settlement at Jamestown, Virginia. The fleet was commanded by Admiral Sir George Somers on the flagship, Sea Venture. During a vicious storm the Sea Venture floundered on Bermuda’s reefs. Somers managed to land the crew and colonists on the uninhabited island without the loss of a single life. 7 of the remaining ships made it to Virginia, albeit without much of their cargo.

They found many hogs in the island which they could feed on and survive. Over the next 9 months Somers' men built 2 ships, Deliverance and the Patience to complete their journey to Jamestown. In fact, they initially started to build only the Deliverance, and soon figured out that it wont have enough capacity for all plus all the salted pork that they planned to carry with them.

On May 10, 1610, Somers and his men started once again for Jamestown. Somers left behind two men to retain British claim of Bermuda. When they reached Jamestown, they were shocked to see that only 50 out of the 500 men who reached there earlier had survived. The rest all died out of starvation."

The food aboard save Jamestown. 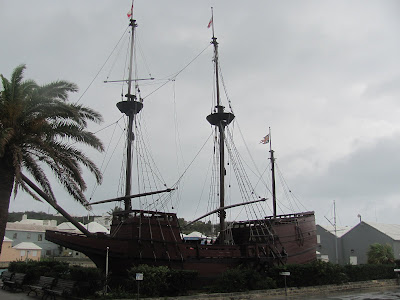 We found Wahoo's Bistro and patio just before the heavy rains came. I had Alfred's award winning fish chowder which was excellent and warming with a great spicyness which reminded me of black bean soup. I also had the wings which were good. Teena had honey fried chicken and fries with huge pieces of chicken which she enjoyed. Teena's review is hereWe ate and watch the storm. 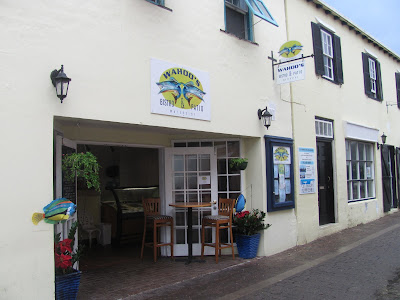 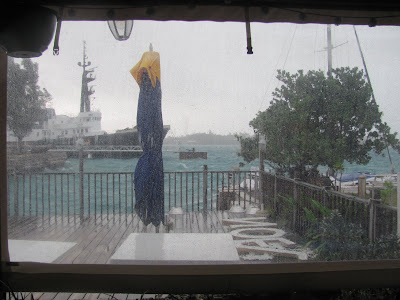 The rain stopped and we headed to the only other open pub in town, The tavern by the sea. It was still very windy. 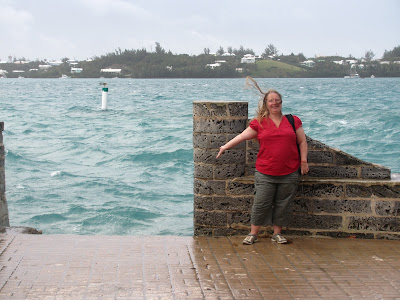 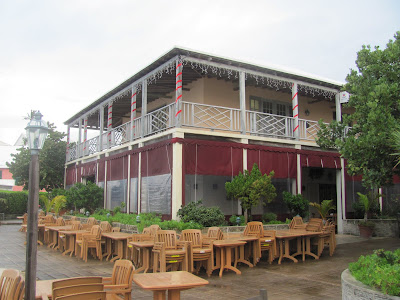 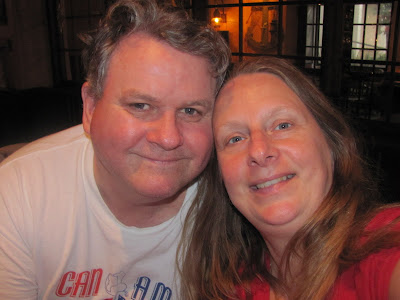 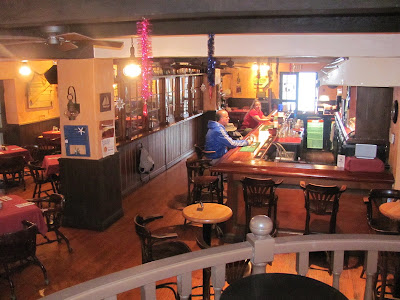 It was time to leave and catch the bus back to our resort. It was a good day and we were happy we managed to be stranded for just one more day. A great sunset was in the sky as we left St George's. 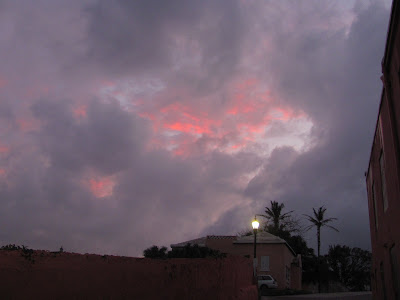 "Red at night, sailors delight" Hopefully we are flying home tomorrow.
Posted by Swordsman at 20:17