An Architectural Tour of Parkdale 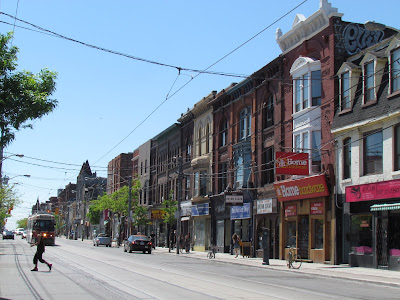 OK, I am the first to admit that I know very little about architecture but I am starting to appreciate it more and more.

Many times I have been stopped or parked on Queen Street West in Parkdale and have noticed how interesting an old run down building really is. So with such a beautiful afternoon happening, I decided it was time to grab my camera and try to capture some of those great old buildings on film.

I found 2 helpful websites to help identify some of these buildings and their original owners, TOBuilt and the City of Toronto Heritage Properties.

Parkdale starts at the old and recently redone railway underpass at Queen and Dufferin. 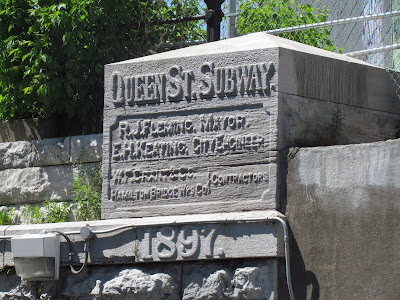 This is really the building that gave me the idea to do this. It sits at the stoplight at the end of Brock on the south side of Queen. I was stopped for the red light and noticed the great doorways, especially the rounded one on the right. This building was originally built for MacMillan Storage Company Moving and Storage in 1892. 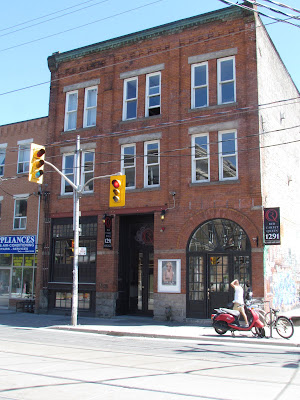 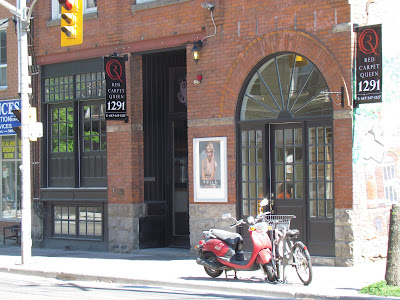 This building is not a heritage building but look at the windows, especially the round one. They are awesome. So is the pillared balcony. Must have been a beauty in its day. 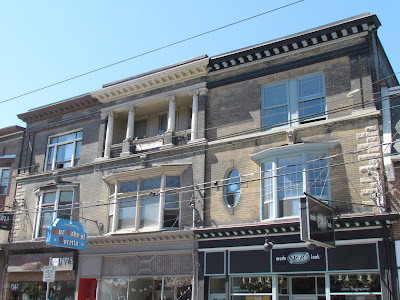 The Home Hardware store is very interesting in its design. Built in 1889 for W. Small, it is keeping its heritage alive as originally it was Parkdale Hardware. Notice the interesting design in the brick work and for whatever reason, the heads of a ram and cow. 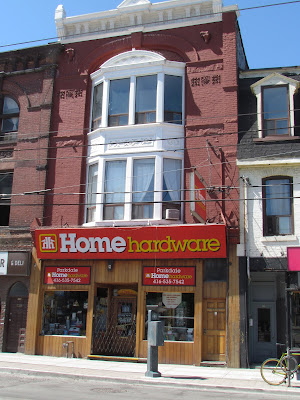 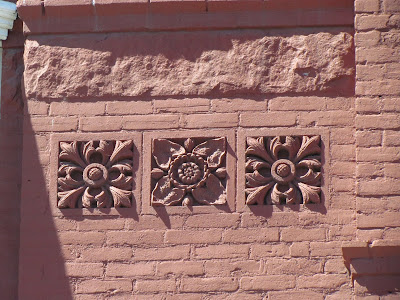 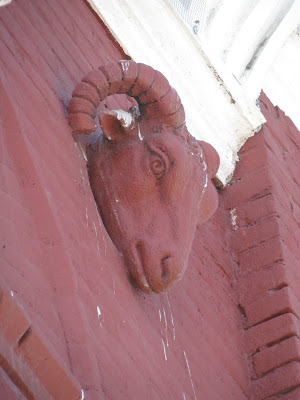 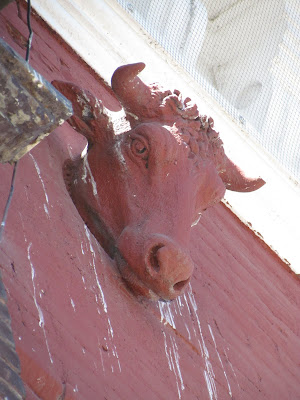 The 2 steeples here are interesting. Originally it was Ernest Smith and F.W. Hutt Stores built in 1889. 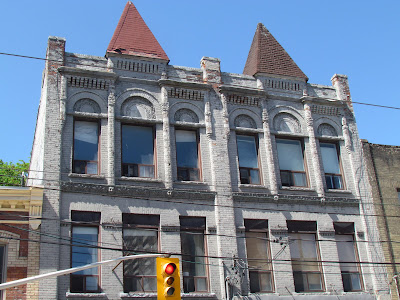 This well-kept, very clean looking building was the Sterling Bank of Canada back in 1906. 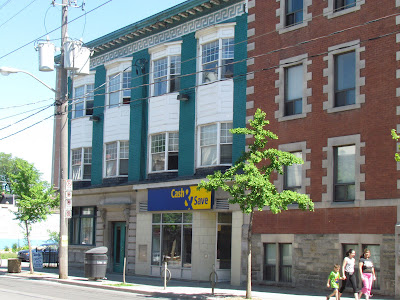 I could not find any information about this place but you have to love the steeple. 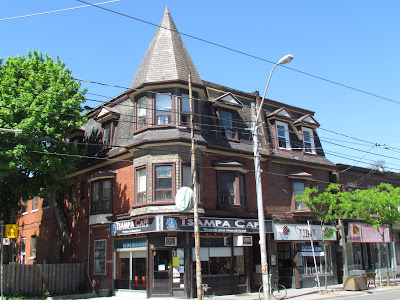 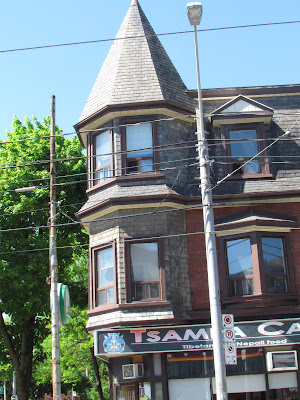 Again no history but what greatly designed corner windows. 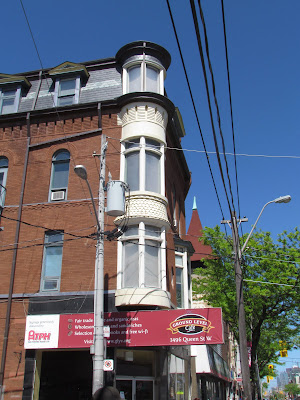 The Rhino is a bar with an excellent beer selection and great patio, although the service can sometimes be lacking. Originally it was called Elm grove House and built in 1909.Great window designs! 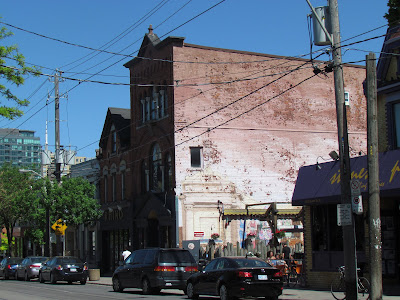 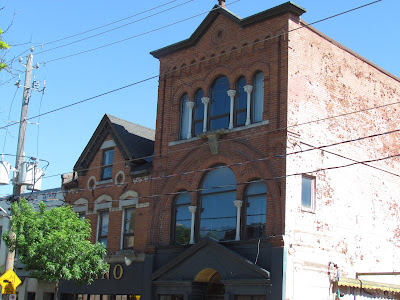 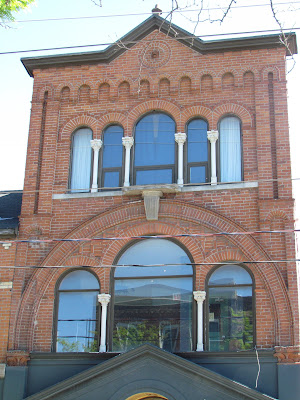 Finally, after an afternoon of walking and admiring the architecture of old Parkdale, I came through the underpass, back into my neighborhood, noticing what now fronts onto Queen St. 100 years from now I sincerely doubt people will be walking by and be caught up in the old design of the early 2000s. 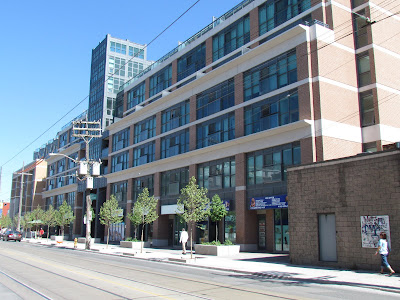 saw your blg very interesting. i share same interest beer photography and architecture, keep it up. parkdale is also my hood