This is Marcus Stroman throwing the first pitch of the Toronto Blue Jays 2019 season. Many believe the rebuilding Jays will win just 70 games but I think they will come out flying, fade in the summer and rally again in September to end with an 80-82 record. Yes, it is optimistic.

I love opening day. Seeing the upgrades to the stadium, the first look at our team. All the ceremony before the game. 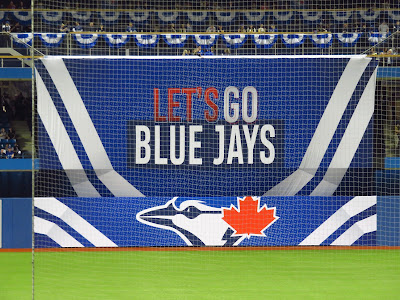 Here is Jamie Campbell from Sportsnet and a team of annalists doing a pregame broadcast in their booth in left field. 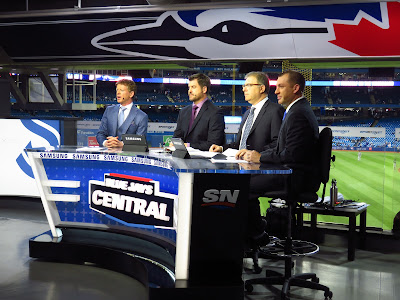 I thought this was cool. The broadcast schedule for the cameraman. 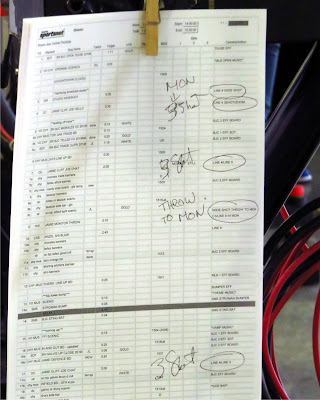 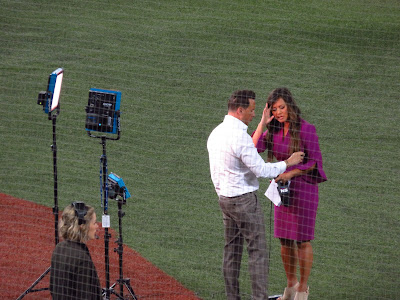 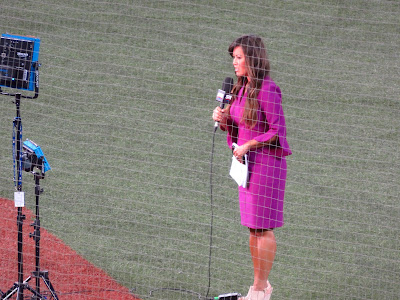 Here are Teena and I. First shot is with my camera and the second, much better shot with Teena's. 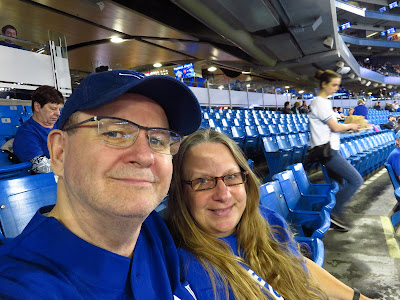 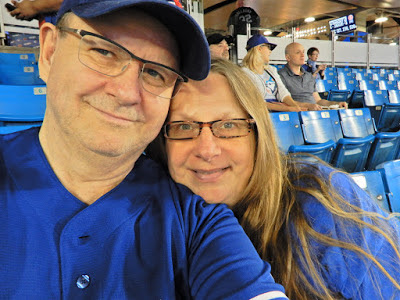 Just before the national anthems. 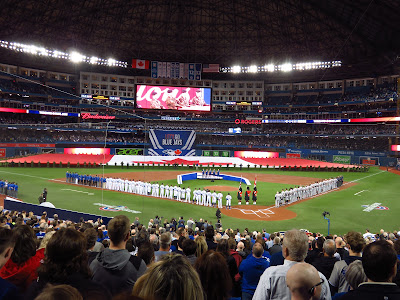 Baseball Hall of Fame (2018) pitcher Jack Morris, who was instrumental in the Blue Jays winning the 1992 World series, threw out the first pitch. Ironic as he went into the Hall as a Detroit Tiger, who the Jays were playing today. He probably will do the same at Detroit's home opener. 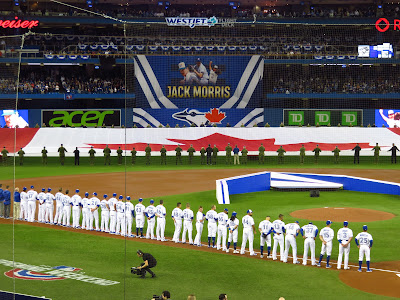 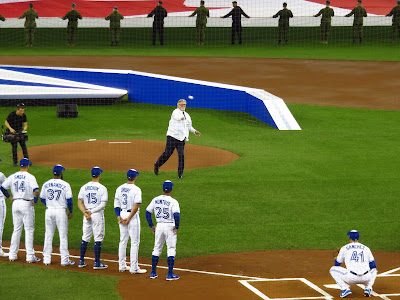 Manager/umpire meeting at the plate. 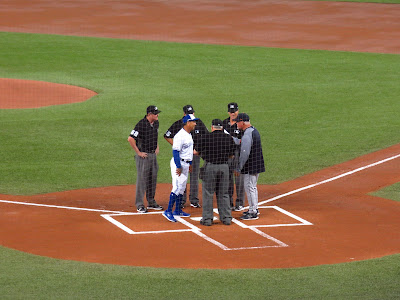 I had four players in today's game who are on my Rumrunners fantasy team ... Marcus Stroman, photo at top, Teoscar Hernandez, below, who broke up Zimmerman's no hit bid. 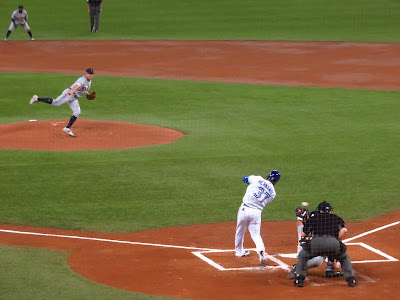 Christin Stewart from Detroit, below, who hit a two-run home run in the top of the 10th to win the game for the Tigers. Good for the Rumrunners, very bad for the Jays. 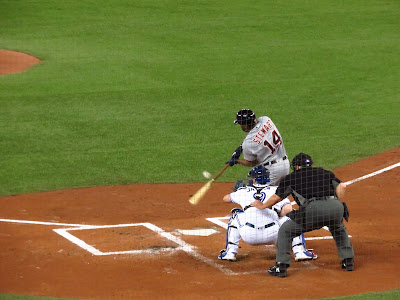 Good timing on this shot of a Jays double play but a little blurry. 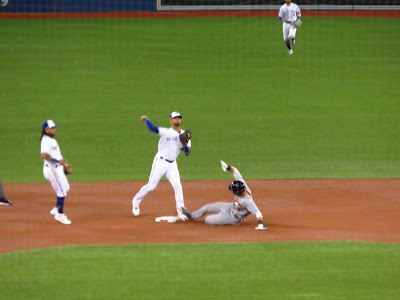 I also have Justin Smoak, who went hitless but should have a great season. 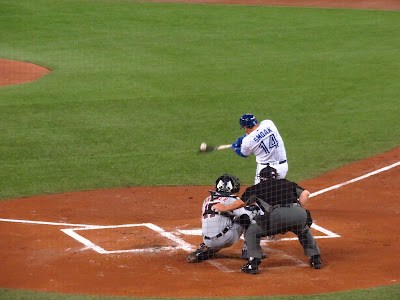 Marcus threw a terrific game. That's not his photo on the right. 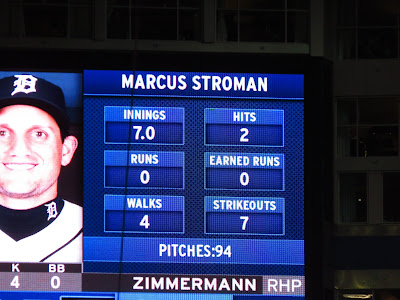 Final game numbers. Everybody in Toronto is commenting how the game wasn't a sellout but 45,048 fans is an excellent turnout anytime!

Although the Jays won't be in the running for a playoff spot and are in rebuild mode, I'm looking forward to a fun season watching all the up and coming young guns.
Posted by Swordsman at 18:30