"Mary Pickford's ambition, passion, innate talent, and savvy business acumen sent her career into the stratosphere and set the blueprint for the modern movie star. Born Gladys Louise Smith in 1892, Pickford was raised in a house on University Avenue in Toronto and began her acting career on the stage. However, her determination led her to the new world of motion pictures, where she not only revolutionized acting method but negotiated her own terms for the highest salary for any actress and complete creative control over her films -- unheard of behaviour for a woman of that period.

Pickford co-founded United Artists in 1919 with Douglas Fairbanks and Charlie Chaplin, which turned the existing studio system on its head. The actress’s subsequent marriage to Fairbanks incited a fan frenzy comparable to today's obsession with couples like Brad Pitt and Angelina Jolie. Although Pickford's star faded with the advent of talking pictures, she was the catalyst for the culture of Hollywood celebrity that enthralls us today." 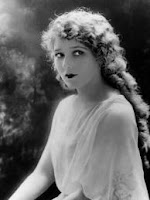 y eye. I knew Mary Pickford was from Toronto and a huge star in the silent picture era but really knew nothing else. It was time to find out.

Mary Pickford: Canada's Silent Siren, America's Sweetheart was an enjoyable and easy read. The author, Peggy Dymond Leavey, has been nominated or won many awards for young or juvenile readers. I sensed this in the style as read the book but in no way did this take away from the subject matter.

I could also tell in the way she wrote that she is a huge fan. Once again, there is nothing wrong with that. The more I read, the more I became a fan.

The book told me everything I wanted to know about Mary Pickford. I found out many interesting things about the great lady. I am quite pleased to find that she never forgot her Canadian roots. During both world wars, she was involved in fund raising for the troops, both in the U.S. and in Canada. When Canada finally got its own flag, she made sure she got one as soon as possible to fly at her home nicknamed Pickfair. 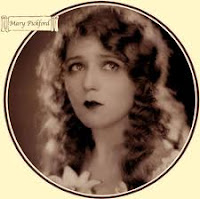 Pickfair was the home of Mary Pickford and husband Douglas Fairbanks.

Speaking of Pickfair. Ms Leavey wraps up the book very nice by explaining what happened to her adopted kids, family, friends, her estate and Pickfair. After she passed away, Pickfair was sold to Jerry Buss, the owner of the Los Angeles Lakers in 1981. In 1988, the home was then sold to multimillionaire Meshulam Riklis and his wife, wannabe actress Pia Zadora, who had the home torn down replacing it with a modern mansion. A pox on them!

Whether you are Canadian or American, this is a great read, not only about the life of Mary Pickford but an inside look at the birth of the movie industry.
Posted by Swordsman at 18:28

This certainly looks like one I'd like to read. Seems she's written one on Laura Secord too. Will have to look into them.

I think the one on Laura Secord is due out in 2012. it's a definite read for me!

Thank you, Gord, for the positive review of my book. So pleased you enjoyed learning about Mary. I too found her a fascinating woman.