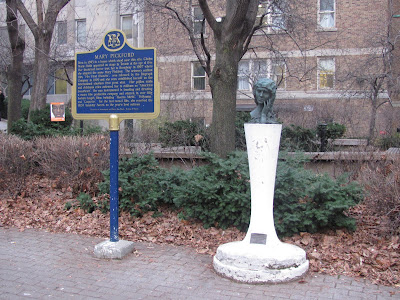 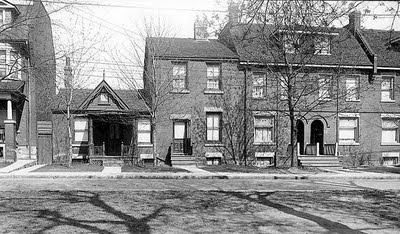 Here is the plaque which was unveiled in 1973 by her third husband, Buddy Rogers. 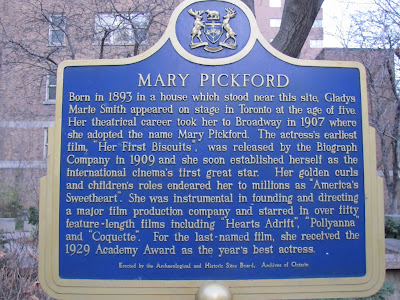 The plaque reads "Born in 1893 in a house which stood near this site, Gladys Marie Smith appeared on stage in Toronto at the age of five. Her theatrical career took her to Broadway in 1907 where she adopted the name Mary Pickford. The actress's earliest film, "Her First Biscuits", was released by the Biograph Company in 1909 and she soon established herself as the international cinema's first great star. Her golden curls and children's roles endeared her to millions as "America's Sweetheart". She was instrumental in founding and directing a major film production company and starred in over fifty feature-length films including "Hearts Adrift", "Pollyana" and "Coquette". For the last-named film, she received the 1929 Academy Award as the year's best actress."

This is the bust by artist Eino Gira and the small plaque which is on the base. It was added sometime in the 80s. 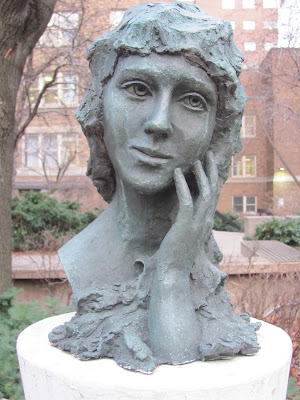 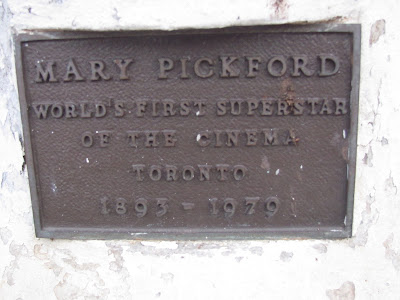 I did not take the house picture but had to add it as I like the story. During World War II, Mary Pickford came to Canada to raise funds for Canadian war charities. She sold her original home on University Ave and used those funds ($15,000) to build a house at 90 Glenwood Crescent in East York. Tickets then were auctioned off at a dollar a piece and the effort raised $250,000. The house still stands today. Below we have a picture of Mary Pickford signing the door on May 26, 1943 and the same house today. 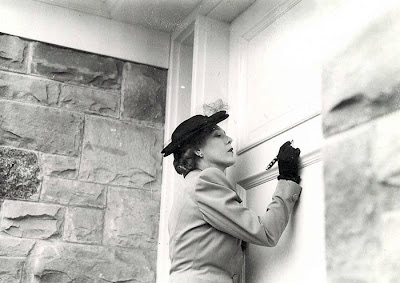 Mary Pickford never forgot her Toronto roots and I'm glad we did something to remember her.
Posted by Swordsman at 19:07