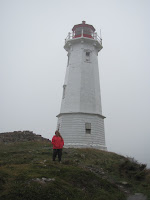 After visiting the Fortress of Louisbourg we decided to head around the harbour to Lighthouse Point. It is the sight of the very first lighthouse in Canada which was built in 1734.

3 Lighthouses has occupied the site. The was ruined during the 1758 British siege of Louisbourg when James Wolfe took it by force and erected batteries to shell the fort in a crossfire.

The second was a square wooden 2 story house built in 1842 but burned to the ground in 1902. The foundations of both are still there. The last one was built in 1923 and stands today. 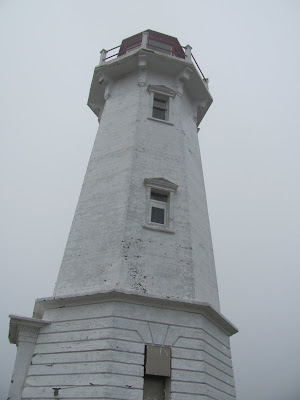 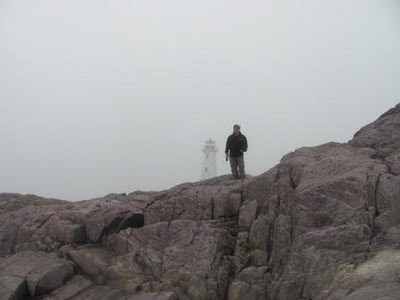 The Atlantic Ocean was very rough. 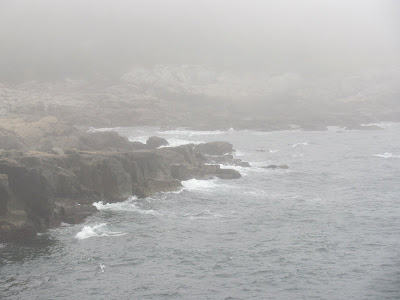 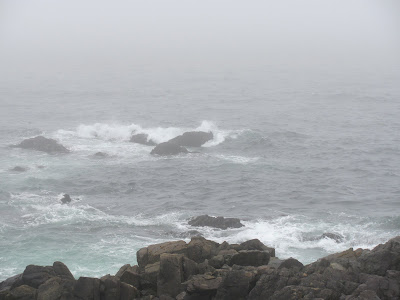 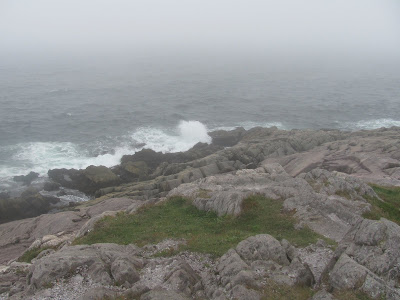 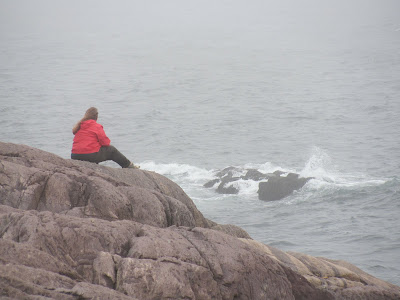 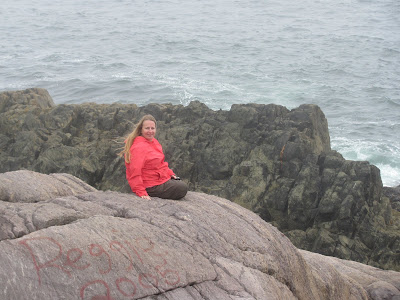 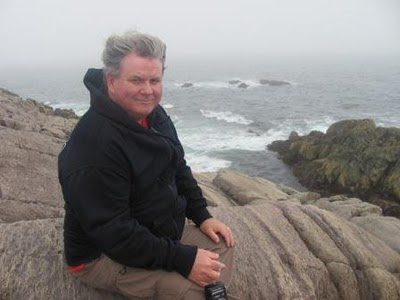 The harbour is well protected from the ocean and the home to many lobster fishermen. It was quite scenic. If you are visiting the fort, I would recommend that you set aside some time to visit Lighthouse Point. We sure enjoyed it! 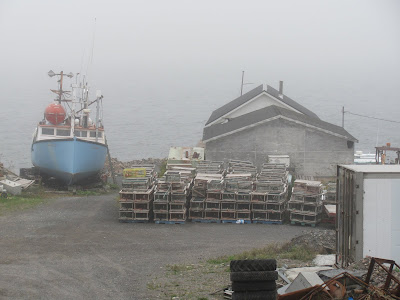 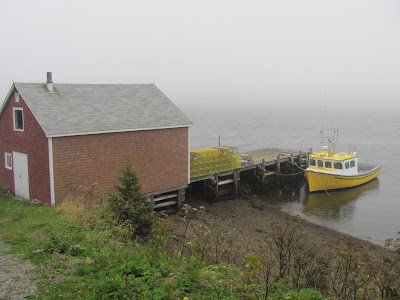 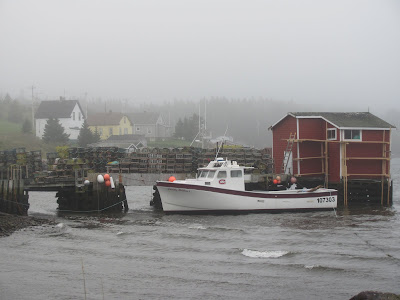