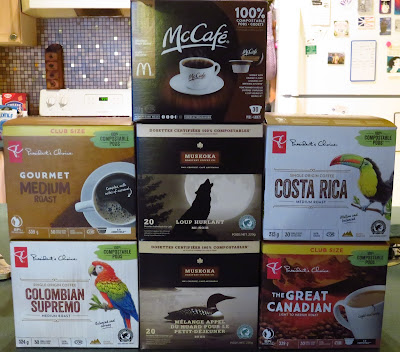 There has been a lot of criticism over the Keurig coffee system. Although I do love it, I have felt guilty about the pollution it causes and the plastic waste they create. Especially true since I'll have three to four coffees a day. That's easily over a thousand a year!

Because of this, I bought a device, Recycle a Cup,  to help easily dissemble a K-cup, to send the inside for composting, and the outside cup for recycling. Only the lid needed to be sent to the dump. Some pods cut easily, some broke and the cutter would wear out or break.

There had to be something better and I found it. 100% compostable pods.

At the moment, there seems to be only Canadian companies who offer these. MacDonald's with Kraft Heinz and a Toronto company, Coffee Club, developed the pods. According to an article in Waste Today,  the pods are designed to compost in just five weeks. The pods are made from from plant-based materials, coffee bean skins and other biodegradable materials instead of plastic.

I admit, I don't do as much as I could to help the environment but I am getting better. This is one way I do it. 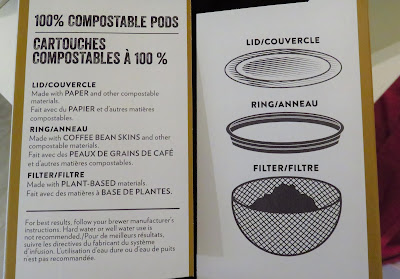