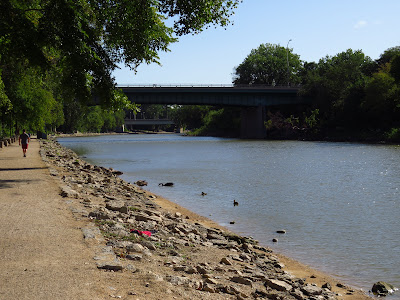 This morning, upon the advice of a staff member at the Holiday Inn and Suites Winnipeg, instead of heading through the downtown area to get to the Canadian Museum for Human Rights, I headed straight to the Assiniboine River and followed it there.

This is the view from our hotel window. That's the Manitoba Legislature building in the distance. 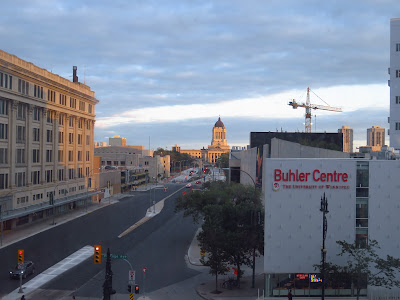 I passed a street market along the way. 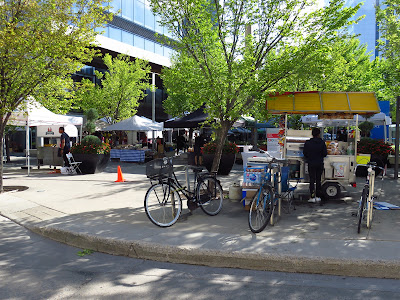 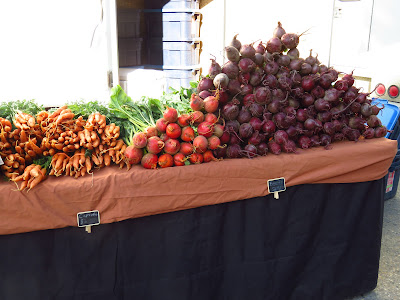 The Manitoba Legislature Building. a  Beaux-Arts Classical architecture in the province, the building was constructed of about ten million bricks made from Manitoba shale and clay between 1913 and 1916. 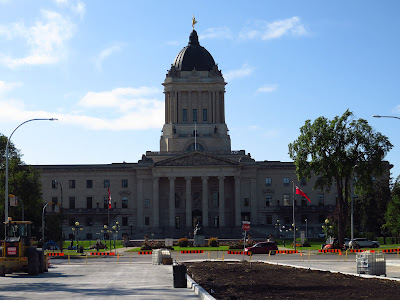 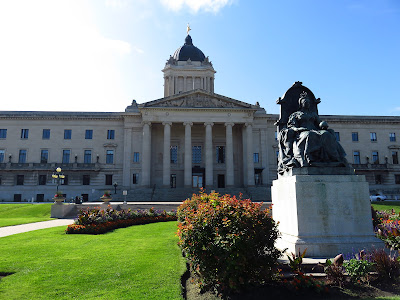 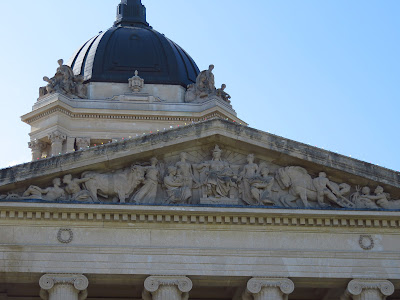 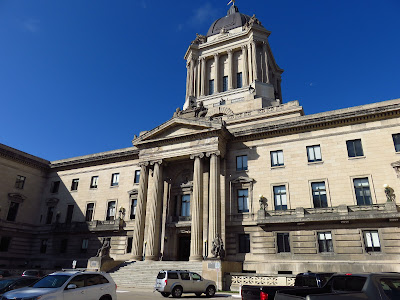 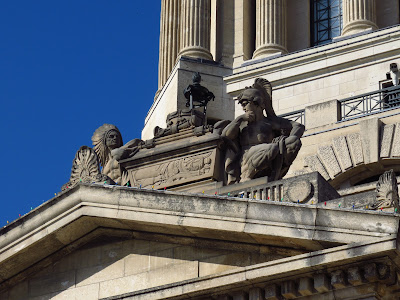 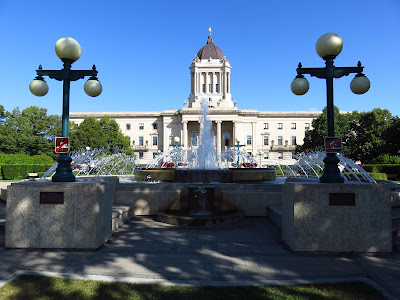 A statue of Louis Riel, leader of the North-West Rebellion, executed for treason but now considered a Founding Father of Confederation responsible for the creation of Manitoba. The statue is on the south side of the Legislature building, overlooking the Assiniboine. 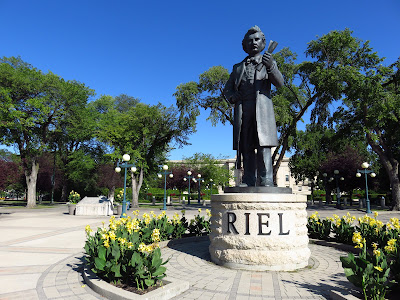 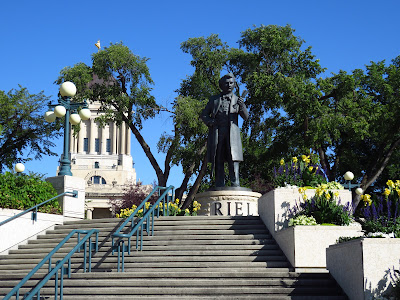 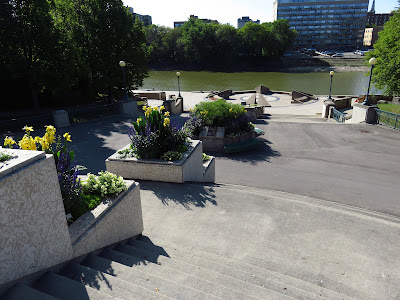 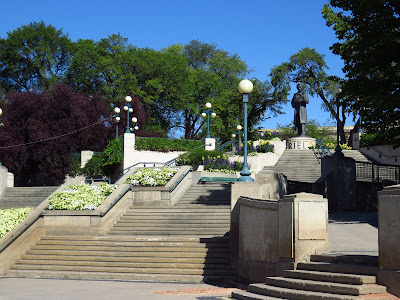 It's a scenic walk along the Assiniboine. 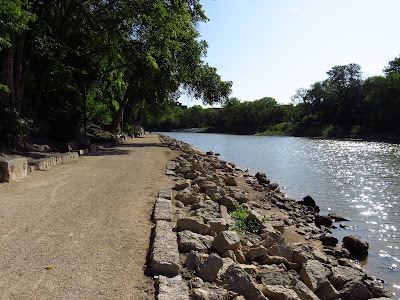 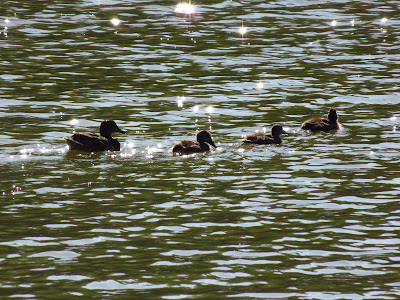 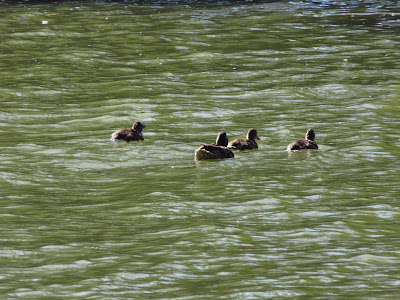 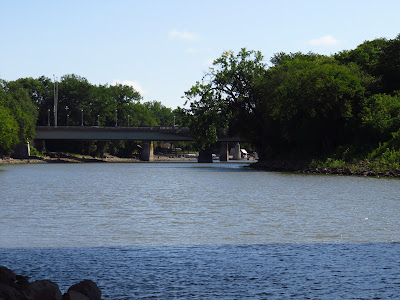 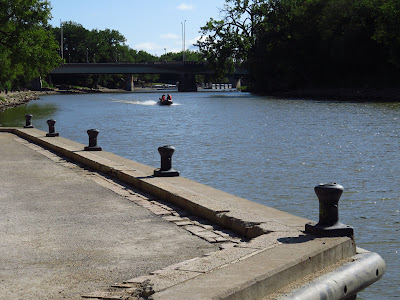 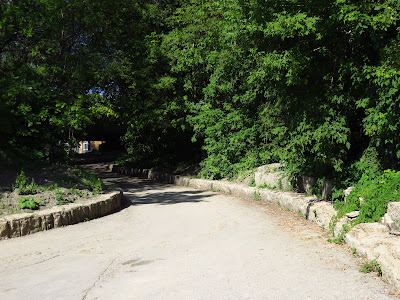 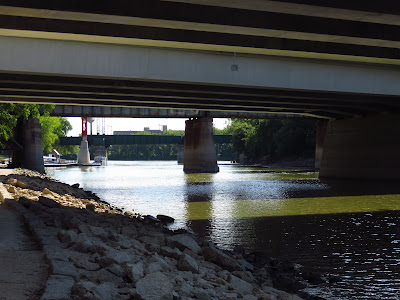 I asked how the fishing was going. The fellow in the rust jacket at the back had caught two.  I should have asked what they caught. 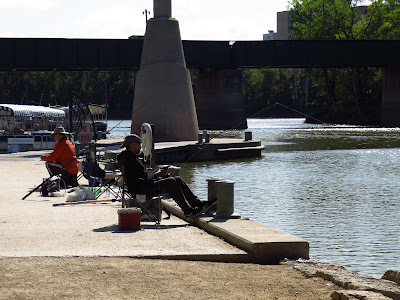 Along the way, there were lots of joggers, people walking or families with strollers. When I'm in Winnipeg the next time, this is the route I'll be taking to get to the Forks.
Posted by Swordsman at 12:00