Cruising the Assiniboine and Red Rivers 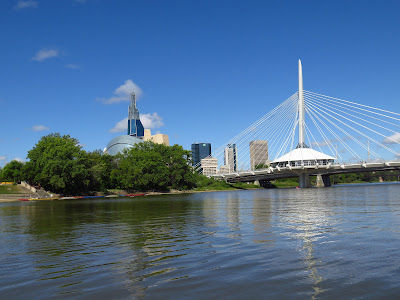 After I walked the Assiniboine River, I decided to take a river tour with Splash Dash Cruise along the Red and Assiniboine rivers. The tour leaves from the Forks Area just below the market area. 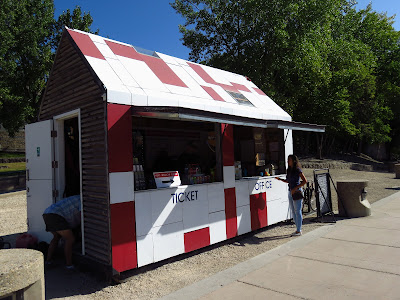 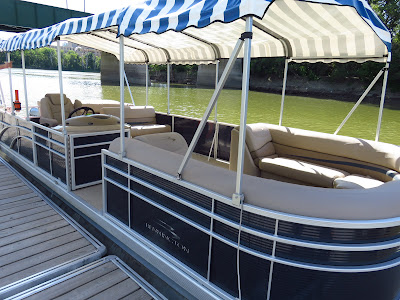 Ian was our tour guide. He was quite informative. I should have taken notes. 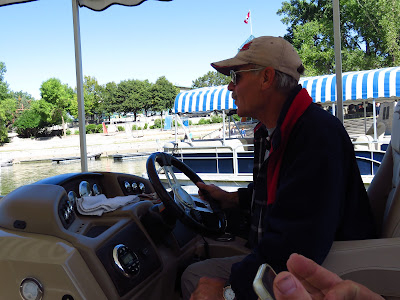 Heading up the Assiniboine. 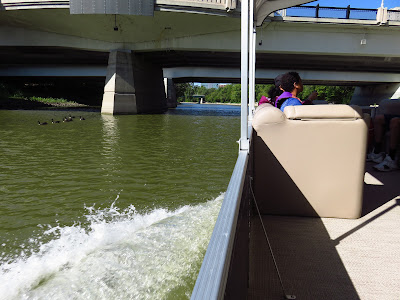 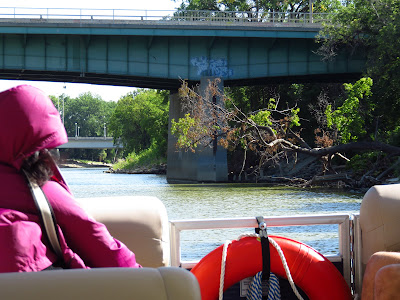 The Manitoba Legislature Building and Louis Riel statue. According to Ian, Riel is facing the river not because he's looking upon it but instead, turning his back on government. 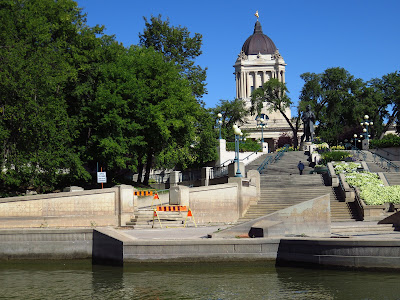 The Forks Market and docks. 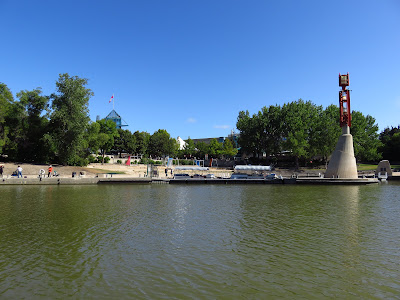 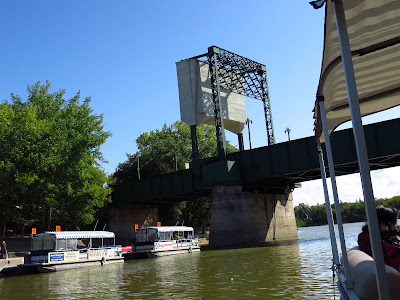 The forks of the Assiniboine and Red rivers. 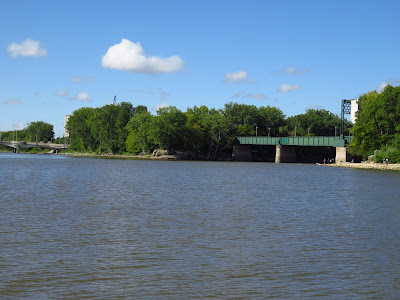 I walked over this pedestrian bridge expecting a lookout at the halfway point. Instead it's a restaurant. 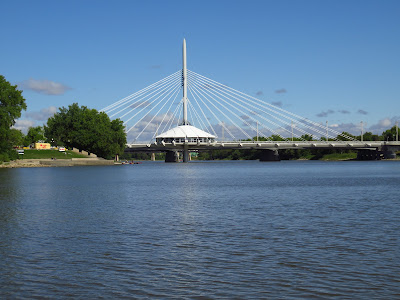 It was quite cold on the river, especially when Ian had the boat a full throttle. 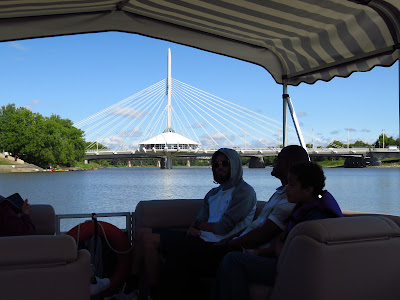 The Canadian Museum for Human Rights. 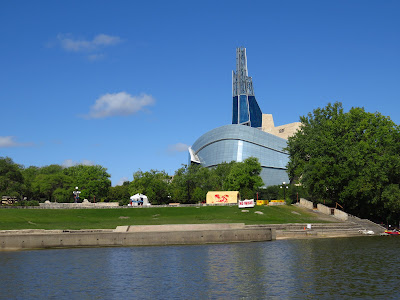 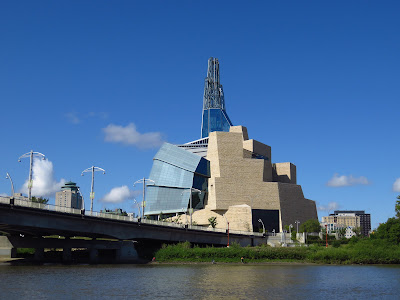 This once was a church which had a huge fire. It was so hot it blew the stained glass from the oval you see across the river. Louis Riel's grave site is to the right of the ruins. 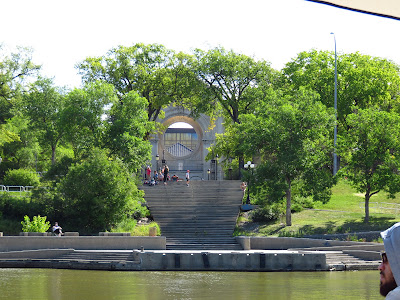 The tour was scenic. 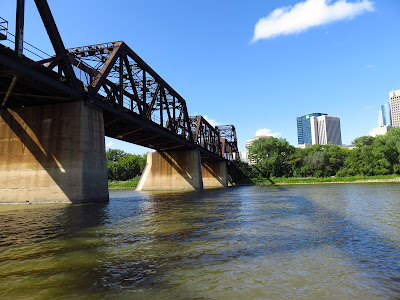 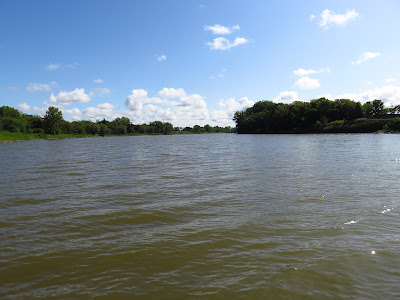 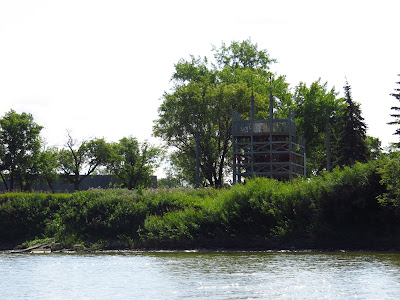 This old dock area was by the industrial area. Boats were pulled up from the forks by horses on the riverbank to here for loading and unloading. It will be fixed up and turned into a tourist area in the next few years. 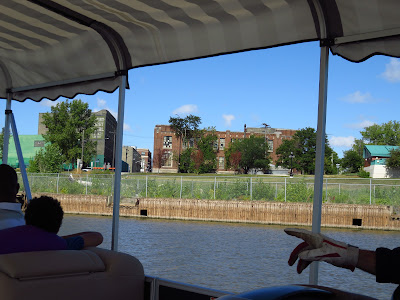 An old pump-house for the district, now a restaurant. 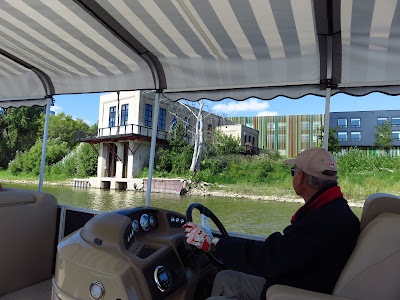 Another old dock area and the road along the top, this side of the fence, horses took to pull the boats along this shallow part of the river. 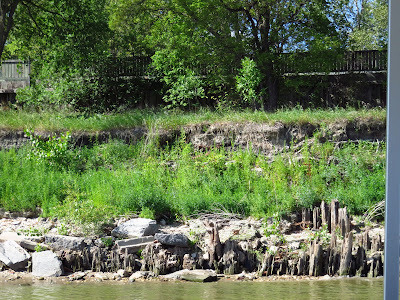 Back to the forks. The Assiniboine is on the right. 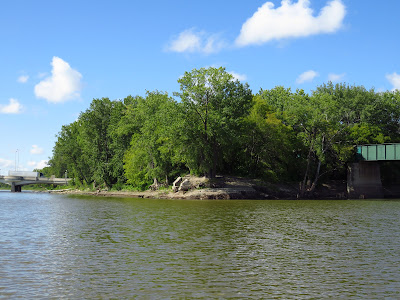 A great cruise which I highly recommend.
Posted by Swordsman at 14:00