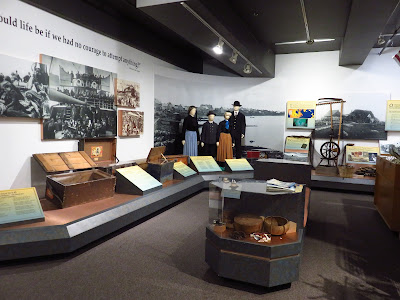 Today Teena and I flew into Winnipeg for a couple of days. As soon as we landed, we rented a car and drove north to Gimli, which is on the shores of Lake Winnipeg.

A couple of years ago I heard that in 1875 a large group of Icelanders made their way from Iceland to the shores here, where they established a home they referred to as New Iceland. New Iceland stretches over 50 km along the shores with Gimli as their community centre.

This fascinates me so knowing we would be in Winnipeg, we had to drive north to visit the New Iceland Heritage Museum. 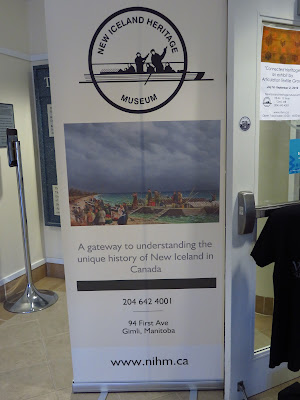 The museum is much larger than I expected and located in a fairly new building. Before we started the tour, we were shown a ten minute film on the history of New Iceland which was well done and a great way to start. 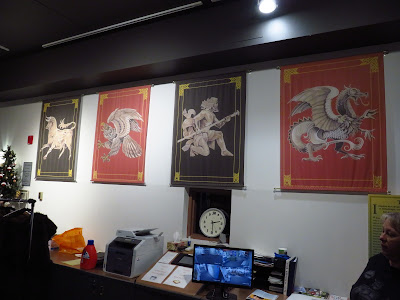 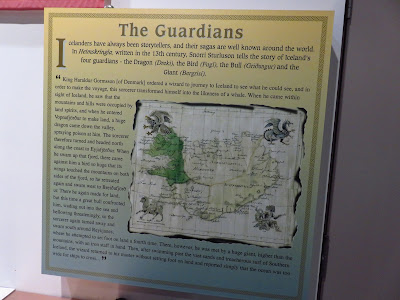 A old songbook in the Icelandic language. 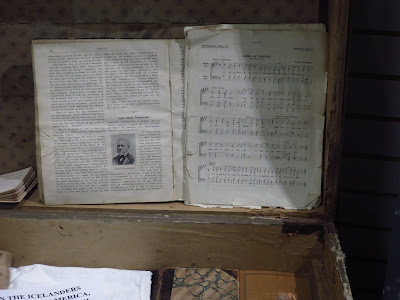 A sculpture of a dragon's wreath. 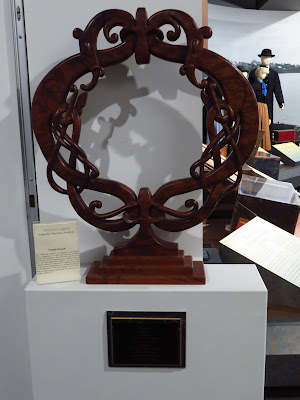 There were lots of displays and plaques explaining their history. 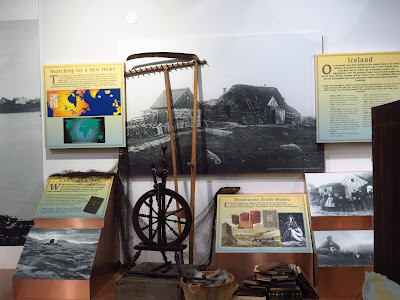 It's mentioned quite a few times about how the Icelandic settlers made sure to bring along as many books as possible in order to preserve their heritage. 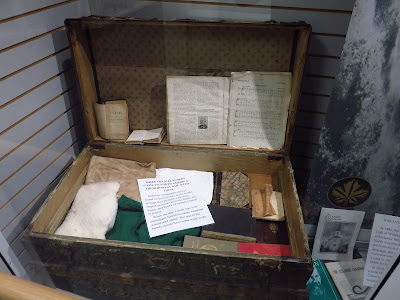 Different photos of some of the original settlers. 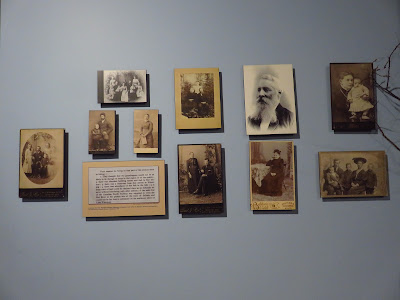 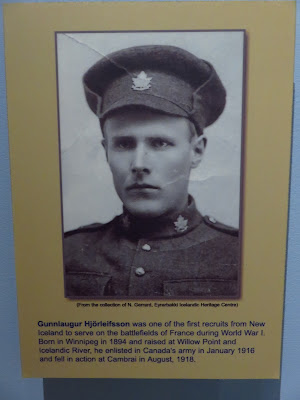 A display of the early living conditions. Note:  they landed in October of 1875 and spent their first winter in tents. 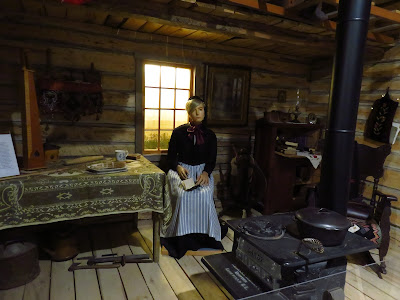 This instrument is interesting. It's a calculating slide rule and geometry set used by Stephan Guttormsson for "calculating the horizontal angle of a bearing clockwise from north". That's the way it's described and Stephan received a patent for it 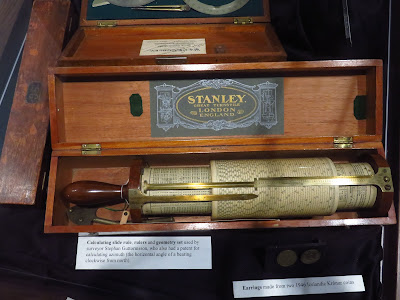 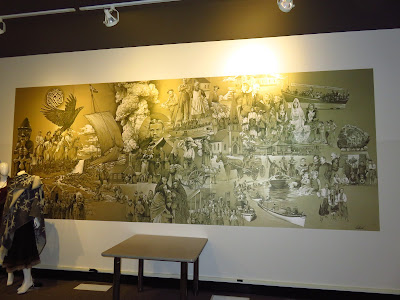 A display of items kids (or me) could put on to have their picture taken. 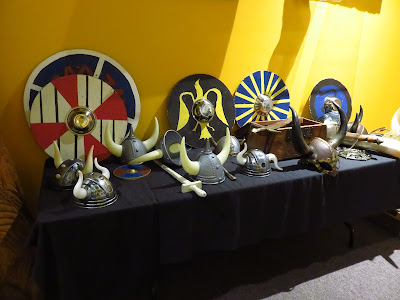 Books which could be purchased. 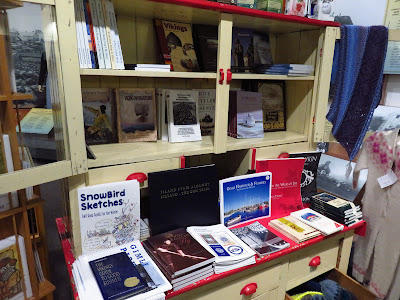 We spent about an hour touring the museum and found it quite interesting. We both thoroughly enjoyed it. I have more research to do on this fabulous story.
Posted by Swordsman at 18:36