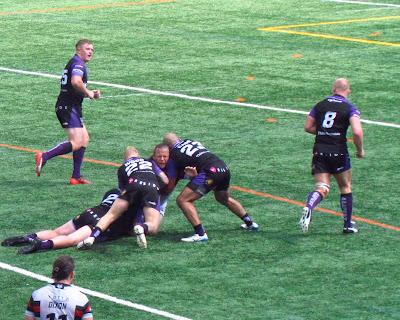 This afternoon the 23-1 Toronto Wolfpack played host to the Rochdale Hornets who has the opposite of Toronto's record at 1-23. Rain was in the forecast but for most of the afternoon it was sunny and warm.

As usual, there was a contingent of fans who made the trip over from England to cheer on their club. I love that and hope to travel to England next year to watch the Wolfpack on the road. 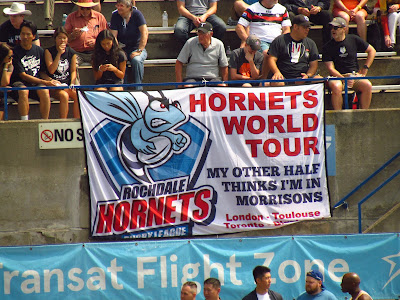 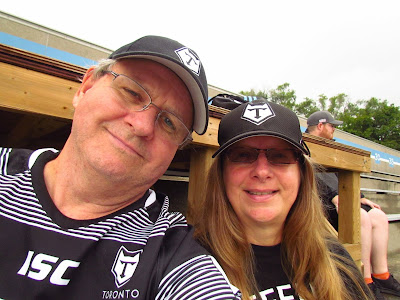 My friend, Roger and his dad, Ben, joined us. 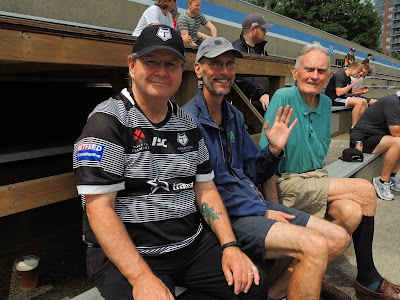 The Toronto Wolfpack Dance squad performed before the match. 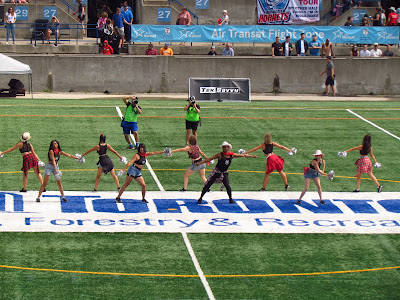 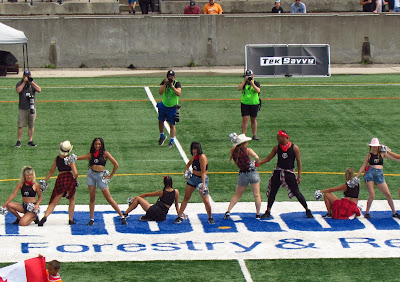 The Wolfpack take the field. 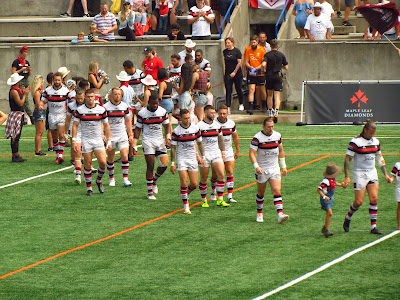 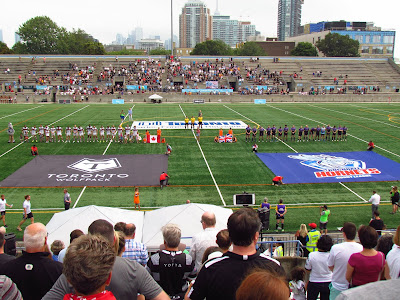 And the game begins. 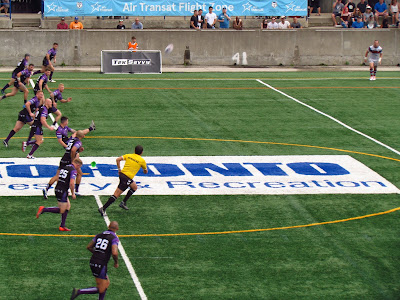 The game wasn't televised so this good Samaritan streamed the game into the Toronto Wolfpack Fans FB group. 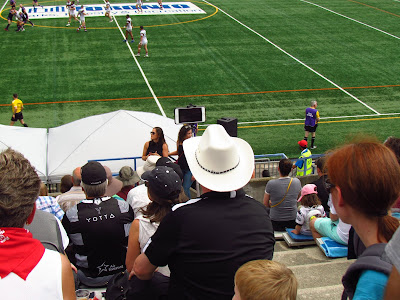 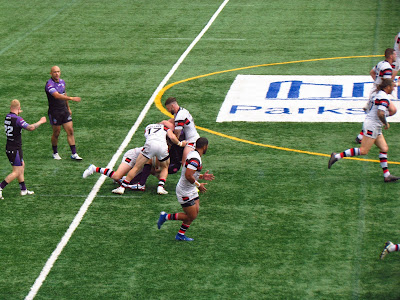 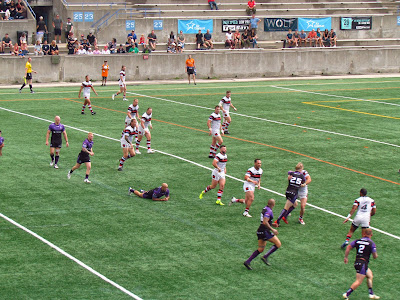 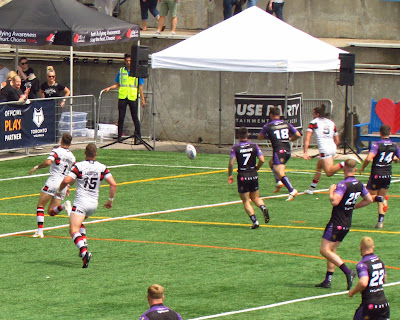 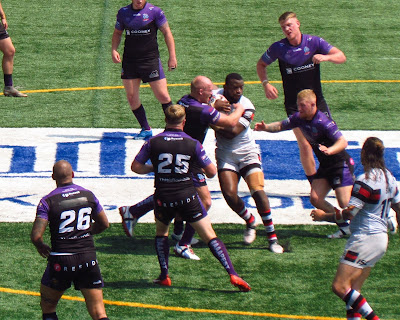 Rochdale were tough in their own end.  Plus Toronto made some bad passes and fumbled a few times. Toronto were in the lead 12-0 when the halftime buzzer went.

The Dance Team performed again and so did the Junior Wolfpack Dance Squad. They are quite good. 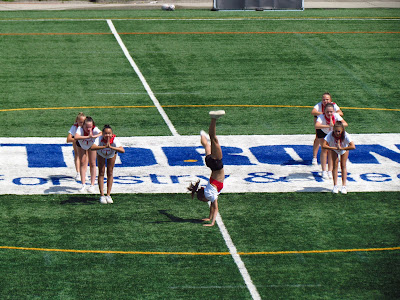 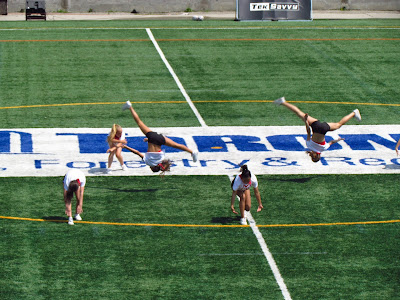 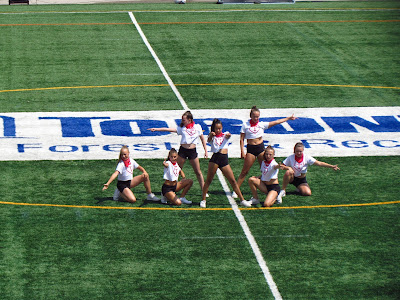 It was country day so there was line dancing by the fans done to Boot Scootin' Boogie sung by Lee Michelle. Jefferson joined in. 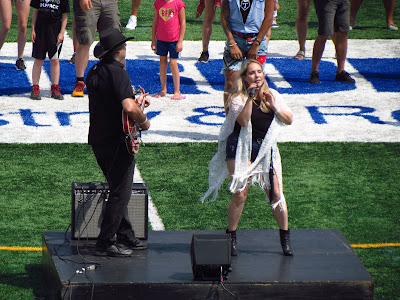 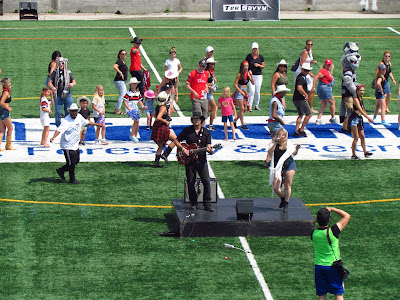 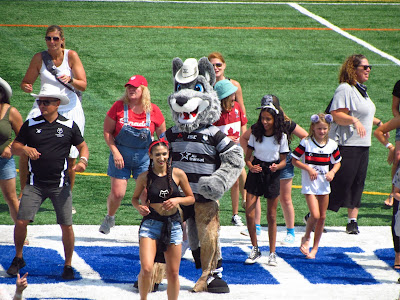 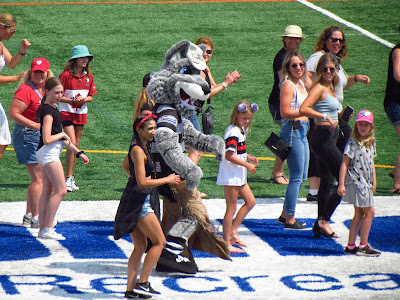 The second half kickoff. 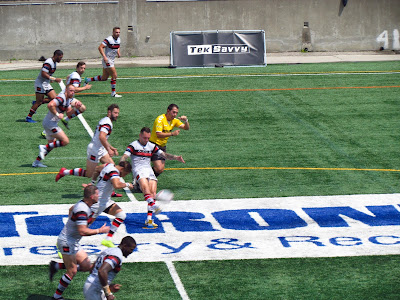 I thought I caught the exact moment Toronto scored a try but... 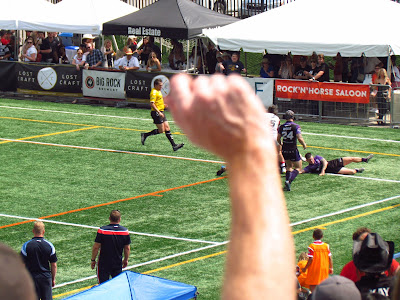 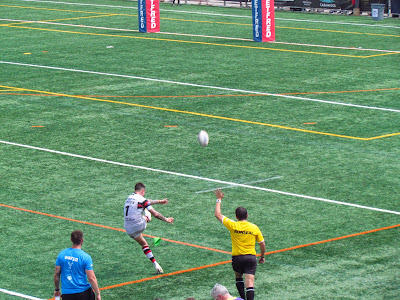 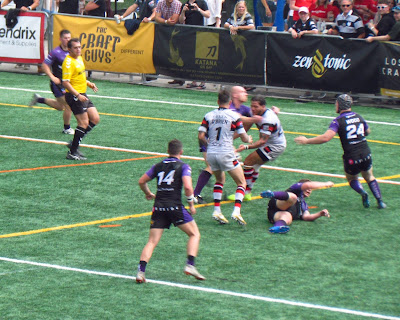 The game was stopped at 73:16 for a short conference with the Wolfpack leading 46-0. Although it was still sunny, the game was called due to thunderstorms in the area. The crowed was confused as it was still a nice day but moments after the announcement there was a huge clap of thunder overhead. The fans now agreed to the decision and the stadium was quickly and orderly evacuated. 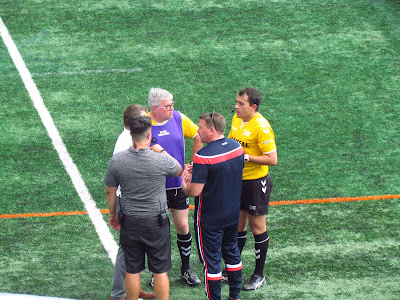 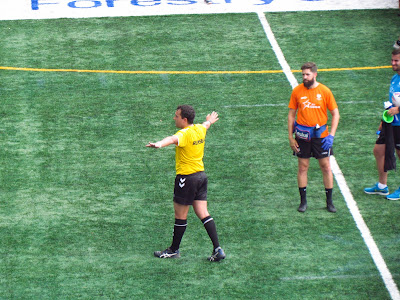 The Rochdale Hornet players made time to go over to thank their fans. 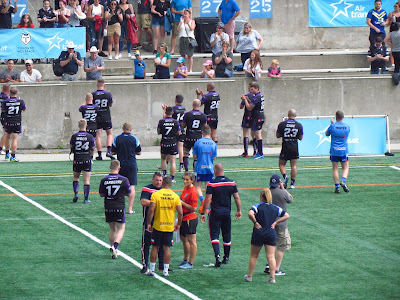 The Wolfpack on field reporter, Samantha, took a minute for an interview. 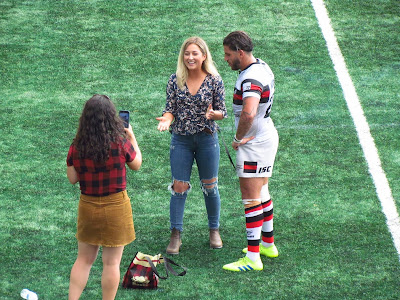 Teena and I went to the Brazen Head Pub after, which was about a five minute walk and the skies opened up the moment we got there. We would have been soaked if the game hadn't been called. There was also lots of thunder and lightning so it was a great call by the officials.

The Barrow Raiders come to town on August 31. Teena and I will be there.
Posted by Swordsman at 20:02