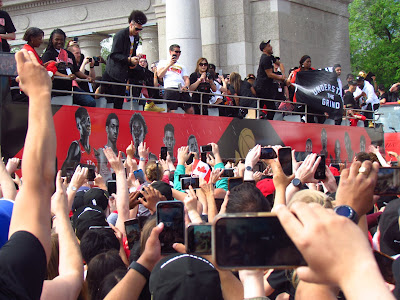 This morning I was at the Princes’ Gates, the entrance to the CNE, to watch the start of the Toronto Raptor's 2019 Victory Parade. It was crowded. It was fun!

Here are some pictures of the crowd. 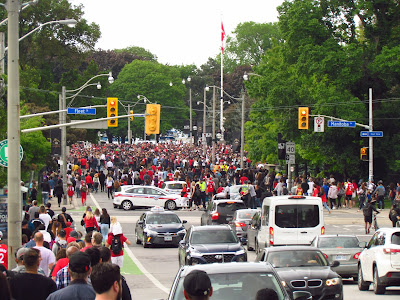 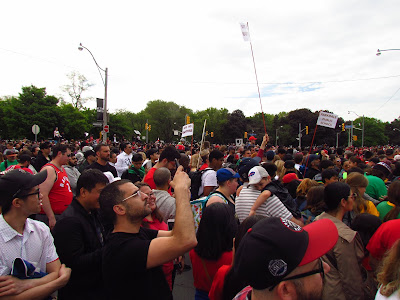 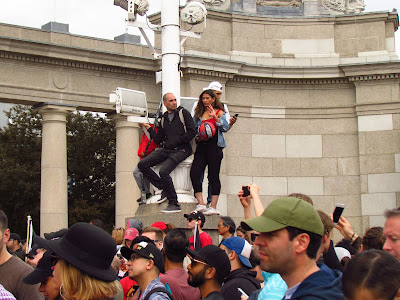 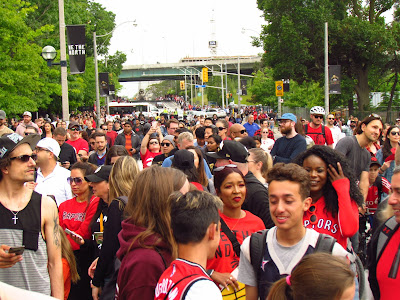 The parade starts. Below is a shot of a band marching by. Ha! It got better. 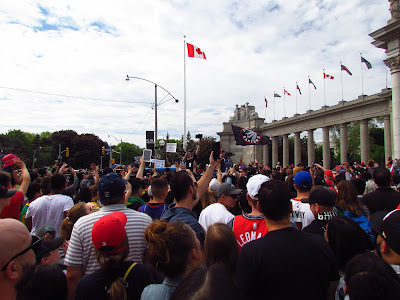 Here's the better part of the parade! 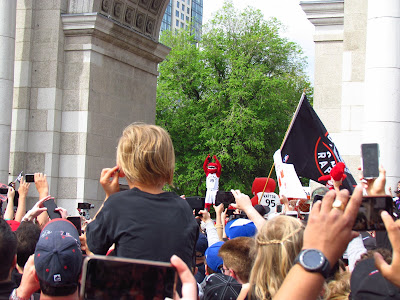 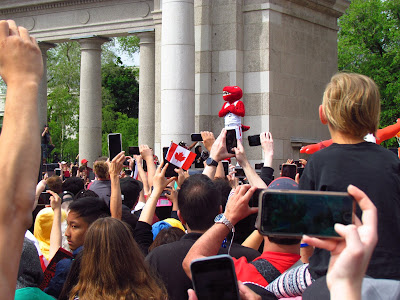 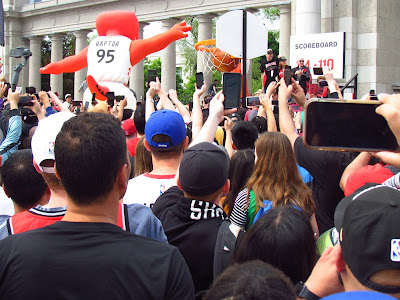 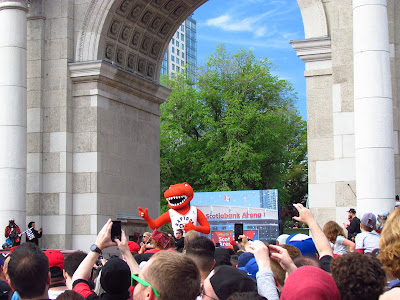 This girl was smart. She brought a fold-up stool! 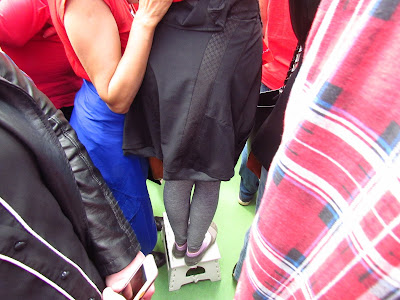 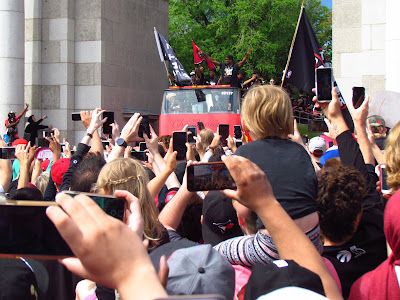 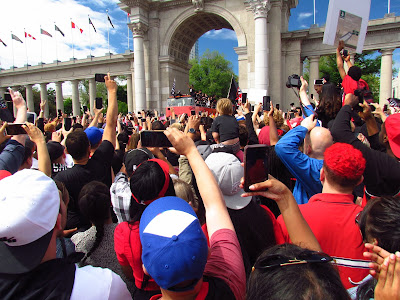 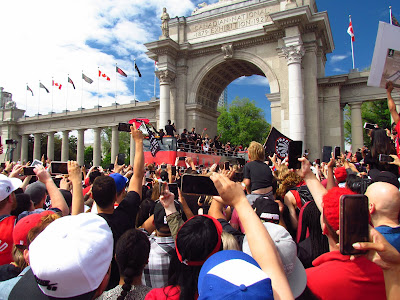 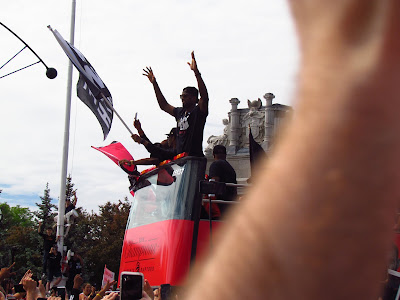 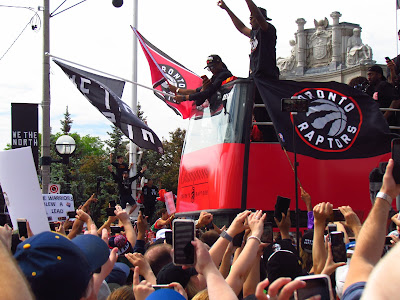 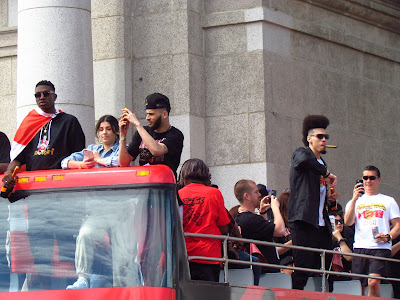 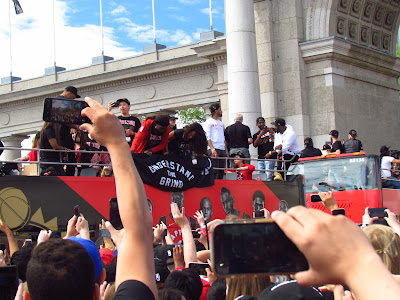 The trophy! So much jostling around I never got a shot of the MVP award. 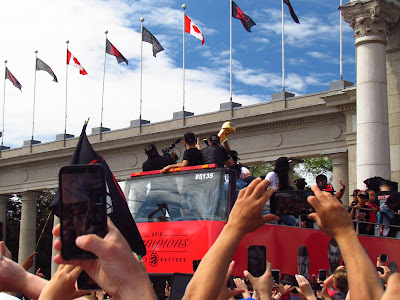 The workers at the nearby condos had a great, yet far away overview of the parade. 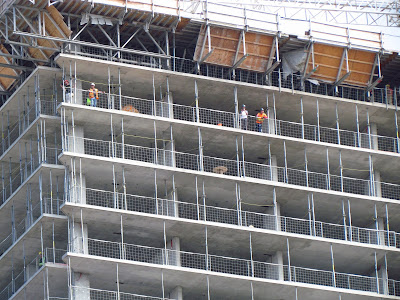 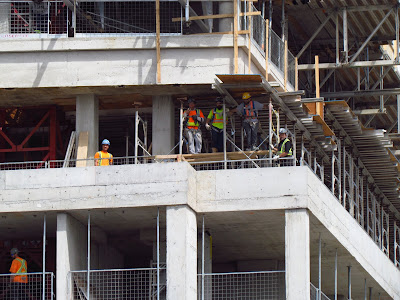 And then it was over. Here's the crowd filtering out. Many more followed the parade or went to Coronation Park across the road to watch the celebrations from City Hall. It was a fun morning. I'm looking forward to next year's celebration! 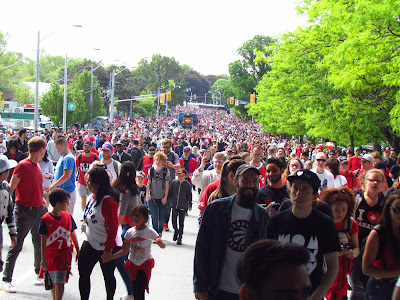