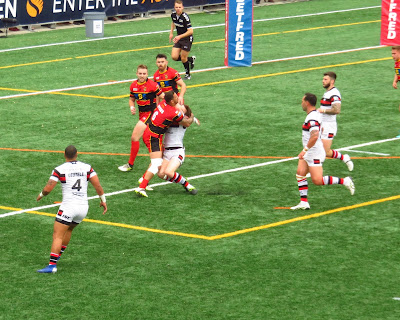 This afternoon, the Toronto Wolfpack (15-1) played host to the Dewsbury Rams (4-12) at Lamport Stadium or what we affectionately know it as, "the Den".  It was a cool day, and threatened rain as you can see by the cameraman behind us. Thankfully it held off. 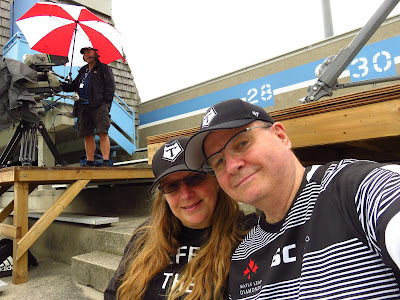 The Canadian Heritage Warplane Museum is about a 40 minute drive away and home to one of only four, WW2 Lancaster Bombers still flying in the world. We see it in the air over Toronto regularly and it flew over again today. Always cool to see. 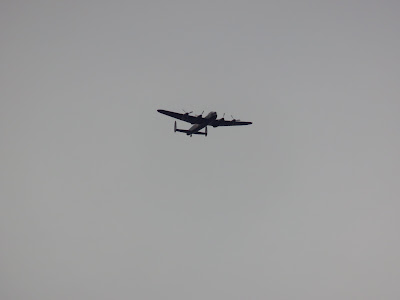 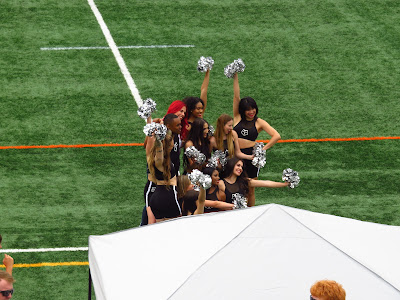 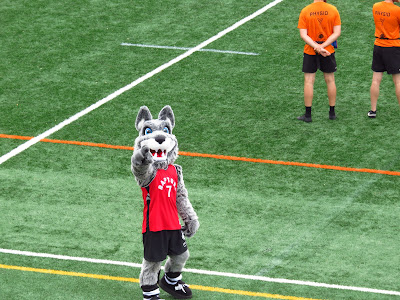 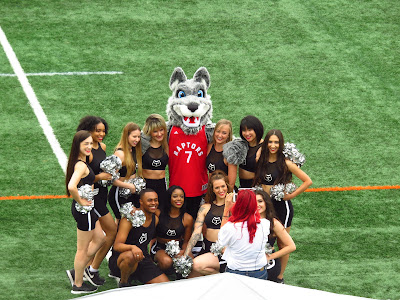 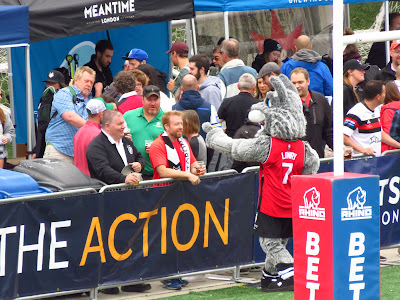 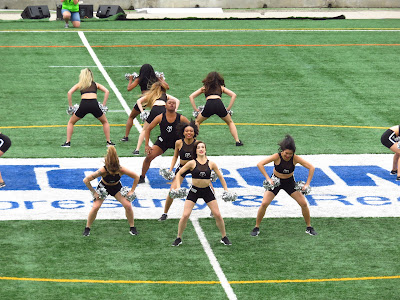 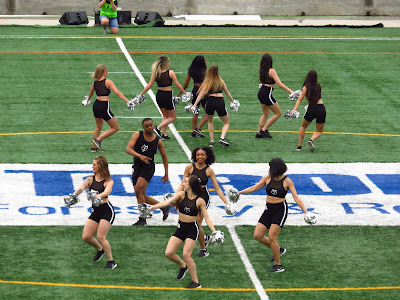 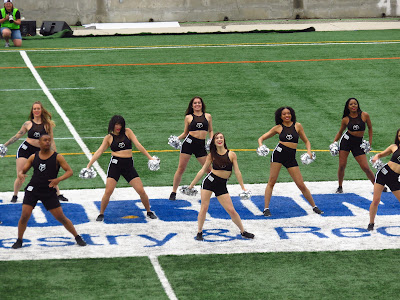 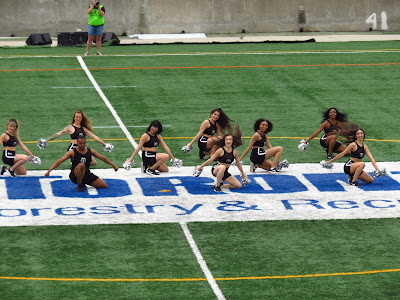 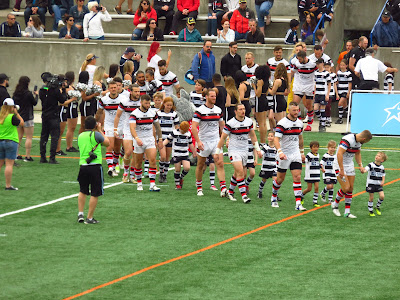 God save the Queen and Oh Canada are sung. 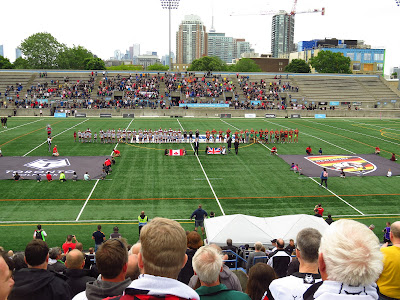 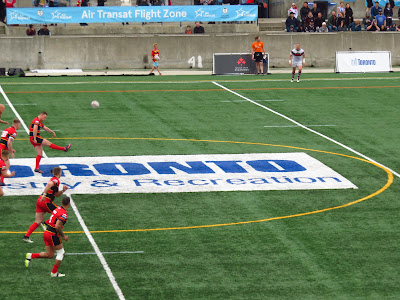 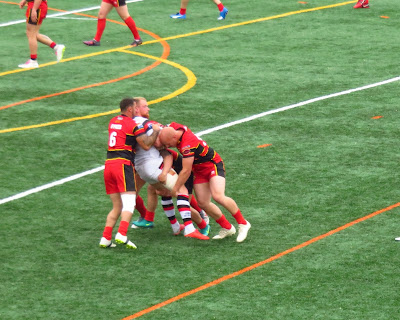 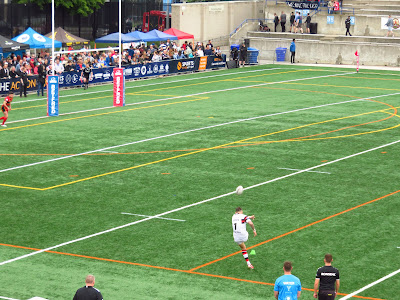 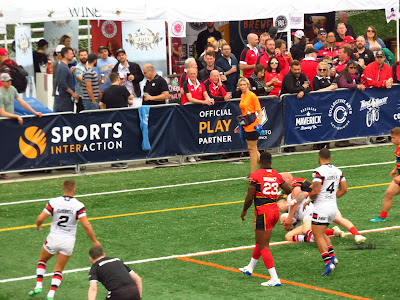 At halftime the Wolfpack led 40-4.

The beer garden is popular throughout the game and for two hours afterwards. 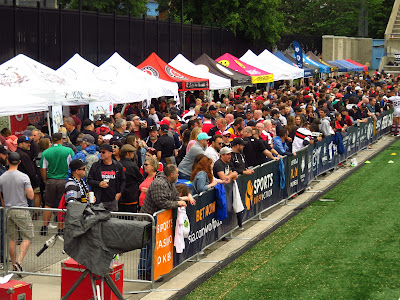 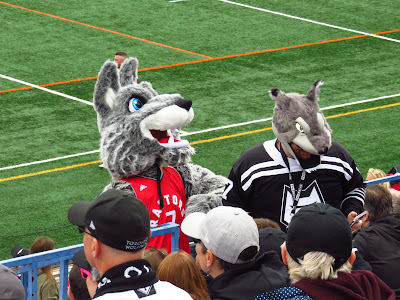 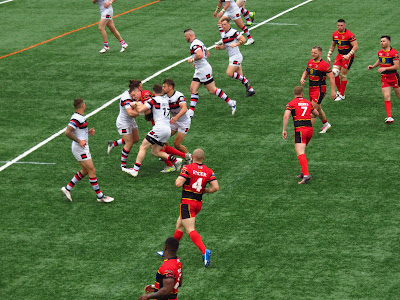 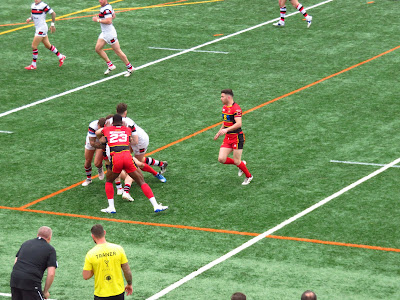 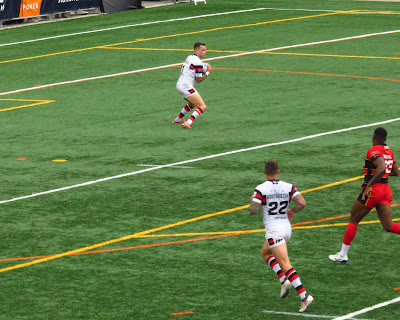 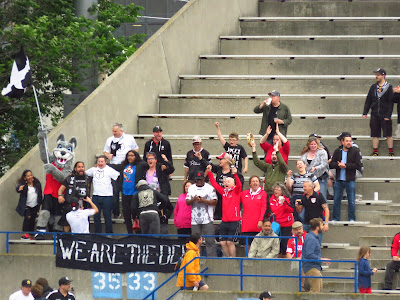 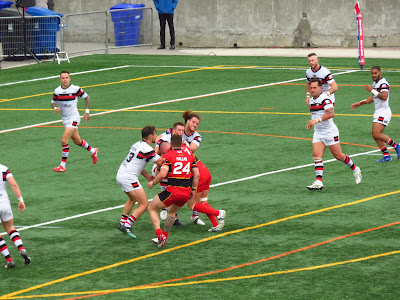 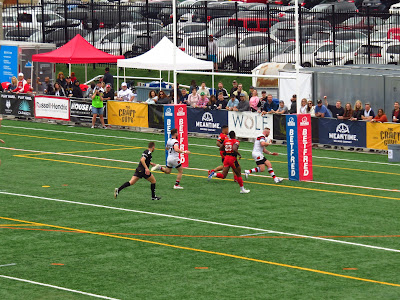 No, this isn't a lovely moment. This Dewsbury player took a hard hit and didn't move for a few moments. He's being checked out by the teams physiotherapist. 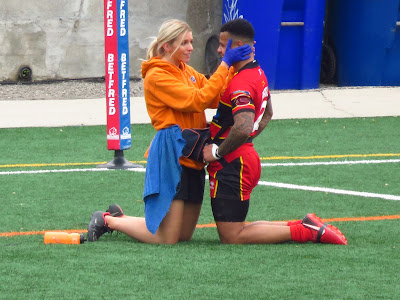 In the end, the Wolfpack took the match, 70-8 in front of 6,735 fans. The visiting teams fans always sit on the east side of the stadium. After the game the Dewsbury players go over to salute them. 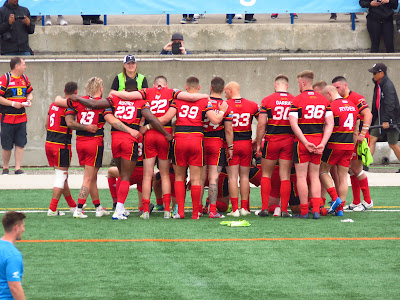 Toronto now has an 8 point lead on first place going into next Saturday's home game against the second place Toulouse Olympique. It should be a loud fun game and of course, Teena and I will be there.
Posted by Swordsman at 06:39