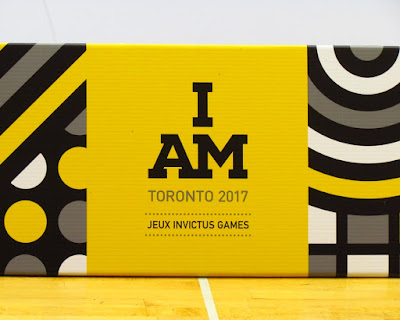 This afternoon I went to see the pool rounds for Wheelchair Rugby at the Invictus Games being held here in Toronto.

Most of us will never know the horrors of combat. Many servicemen and women suffer life-changing injuries, both visible and invisible, while serving their countries. How do they find the motivation to move on and to not be defined by their injuries? How can they be recognized for their achievements?

The Invictus Games Foundation was established in London, England, in 2014 to pursue and develop the legacy of the Invictus Games, Prince Harry’s adaptive sport event for injured, ill and wounded servicemen and women and veterans.

As you can see the place was packed, and the crowd was boisterous. (note: The yellow are not empty seats. Many on the other side of the arena were wearing yellow tee-shirts) 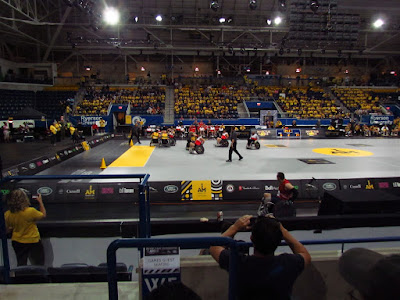 The games were played in the main arena (top picture) and in the Coca-Cola Centre of Ryerson's Mattamy Athletic Centre. 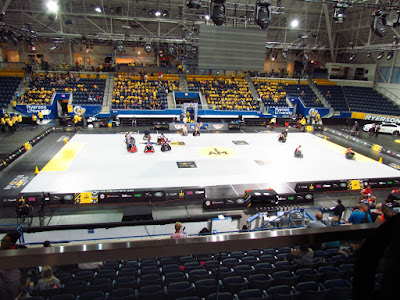 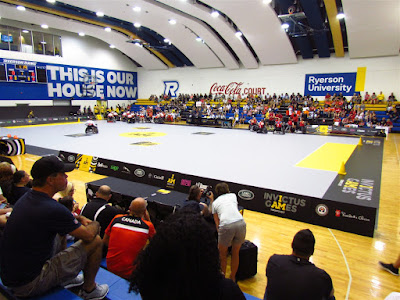 So what is Wheelchair Rugby?

Any sport originally coined “murderball” has excitement written all over it. Wheelchair rugby is a team sport played indoors on a hardwood court. Competitors play in wheelchairs, and their objective is to score the most goals by carrying, dribbling, or passing the ball toward the opponent’s end. Contact between wheelchairs is allowed and players frequently collide as they attempt to stop their opponents and take control of the ball. Players gain points by touching the goal line with two wheels while in possession of the ball. The team with the most points wins the game. 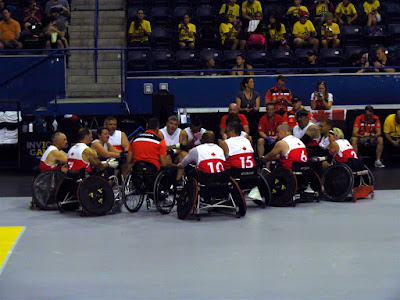 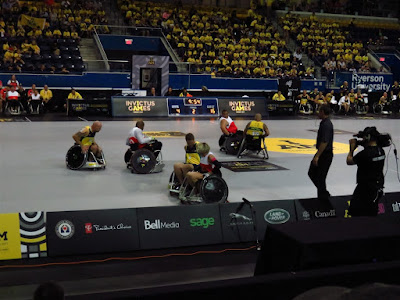 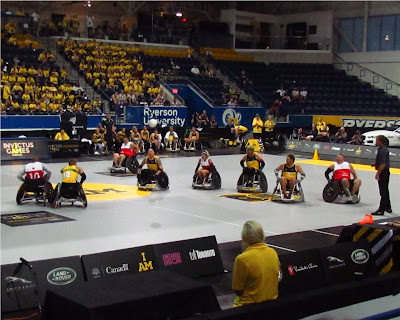 There was great camaraderie between the players as you can see during their handshakes after the game. 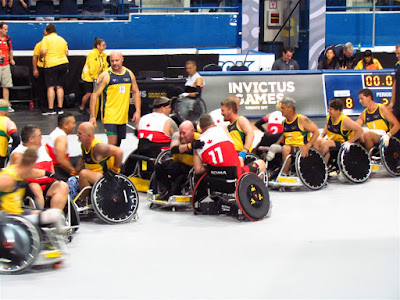 Next up was Canada vs Denmark who is a highly ranked team. We played hard but lost again. 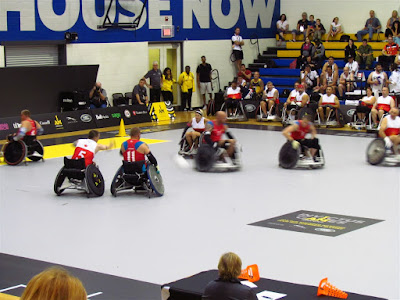 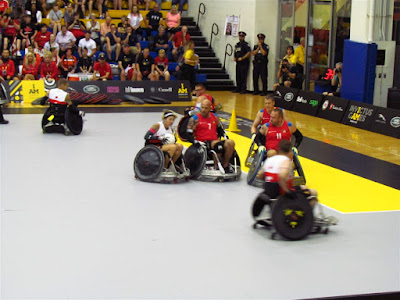 Each team has a stack of spare tires ready to go. 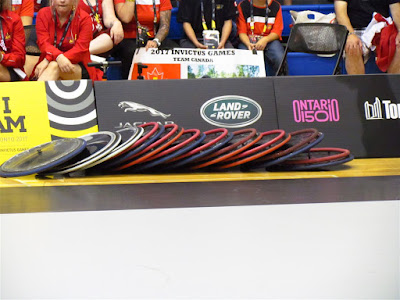 The chairs are crashed around so much and the wheels so exposed that they do break. Each game seems to have one or two tire changes, which are done as fast as any car racing team. 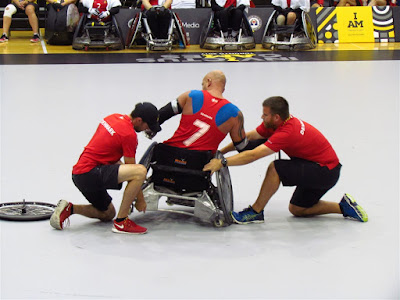 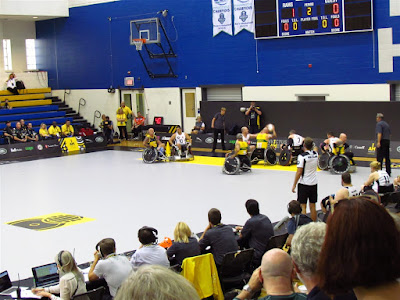 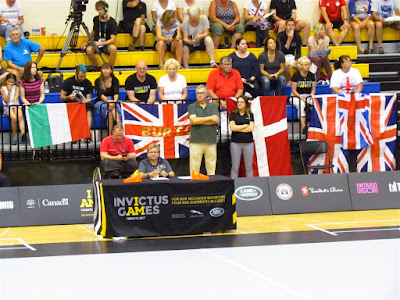 This video shot today of the Australia ~ New Zealand game gives you some idea of the game. It is only 45 seconds long but features a rollover crash and a goal. Wheelchair rugby is a hard but fast game.


I really enjoyed all the action today. It's a fun game to watch. I even bought myself an Invictus baseball style shirt. Tomorrow night is the semi-finals, finals and medal presentations and if you have a chance, it would be worth your while to attend.
Posted by Swordsman at 15:00