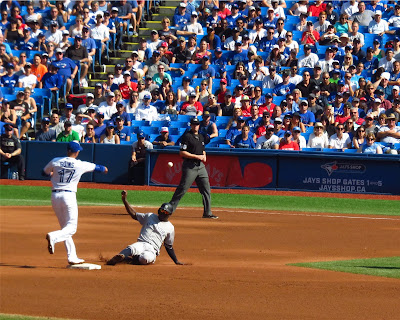 This afternoon my buddy, Malcolm, and I were at the Toronto Blue Jays final home game of 2017. The game had two goodbyes. The first was the Jays themselves. For the first time in years, they didn't make the post season so this game was the last chance to see them in 2017.

The other was for Jose (Joey Bats) Bautista. This would be his final game in a Jays uniform at home as after 10 fabulous years, he will be leaving the club. He didn't have the season this year that he or the fans expected but the place went nuts every time he came to bat.

Our seats were in the far left field corner. They had better sightlines than shown below and was in the shade for the entire game, a bonus on such a sweltering day. 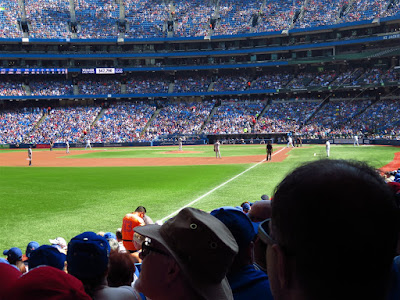 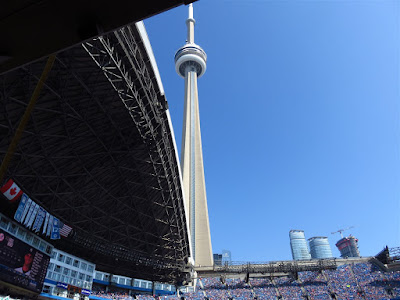 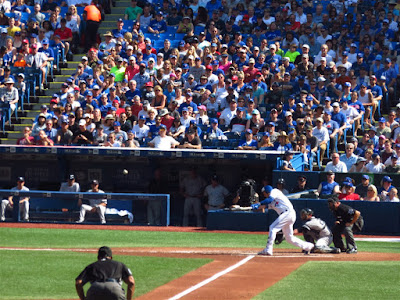 The outfielder in the middle is Aaron Judge for the Yankees, a shoo-in for Rookie of the Year plus he has a shot at the MVP. He has a great career ahead of him and from what I hear is great with the fans. He's one of the few players that come out early to give autographs and chat with the fans. He also is huge! Look how he towers over his teammates. 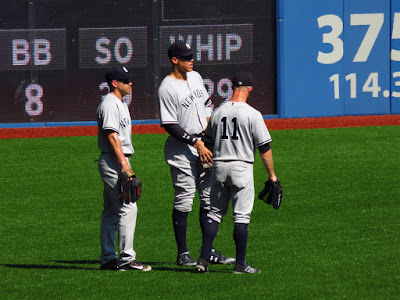 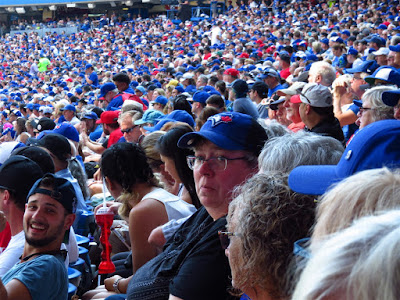 Between innings, the bullpen came out to thank the fans. 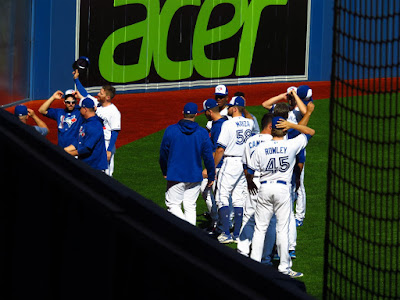 Marcus Stroman was excellent on the mound again today and got the win. He leaves here in the sixth inning to a standing ovation. 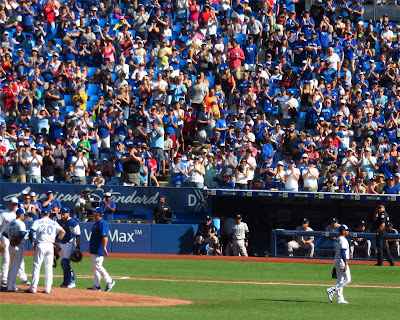 Speaking of standing ovations, Jose Bautista received one each time he came to bat. 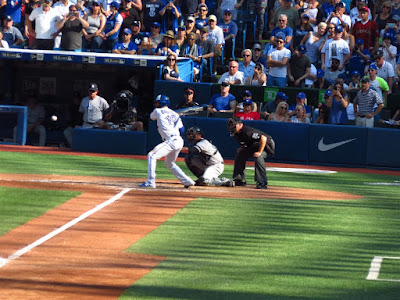 Big swing and a miss for Jose in his last at bat in the eighth. Everyone in the place including Jose was hoping for a home run. 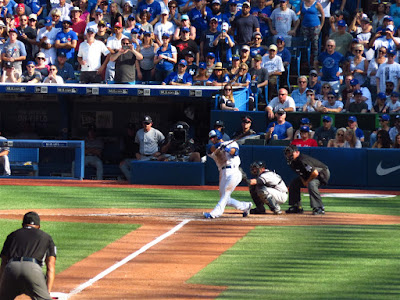 I'm not a John Gibbons fan but thought it was a classy move for him to take Jose out of the game with one out in the ninth so the fans could give him one final standing ovation. He hugged his teammates on the way off.  After he shook hands with his team in the dugout, he came back onto the field, tipped his hat and applauded the fans. It was a great moment! 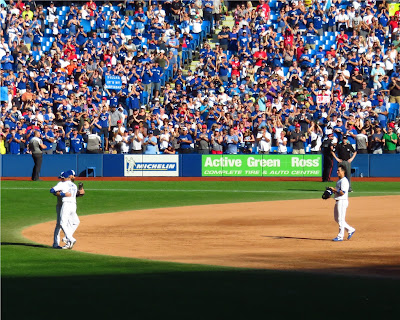 Oh, the game. The Jays jumped into a 5-0 lead after three innings and when the Yankees put up a run in the fourth, added another four of their own to the total. The final was a 9-5 victory! 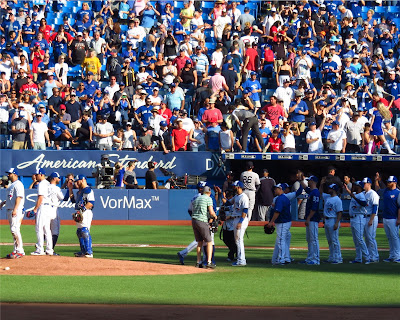 It's weird now not having the Jays in the playoffs. Too many injuries during the year. I have full confidence, though, that in the Jays' final home game of 2018, they either will be in first or in a close fight for it. 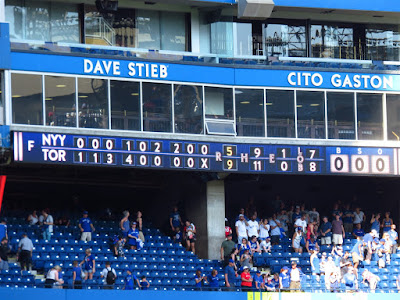 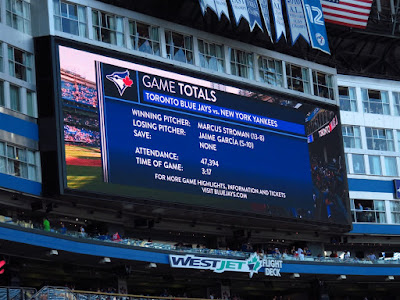