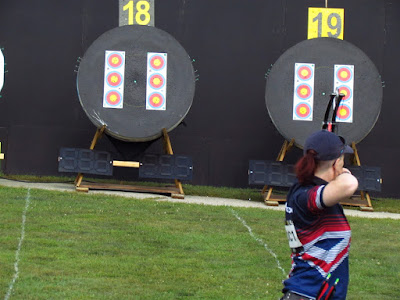 Today I went to Fort York to watch the Archery Event for the 2017 Toronto Invictus Games.

Most of us will never know the horrors of combat. Many servicemen and women suffer life-changing injuries, both visible and invisible, while serving their countries. How do they find the motivation to move on and to not be defined by their injuries? How can they be recognized for their achievements?

The Invictus Games Foundation was established in London, England, in 2014 to pursue and develop the legacy of the Invictus Games, Prince Harry’s adaptive sport event for injured, ill and wounded servicemen and women and veterans. 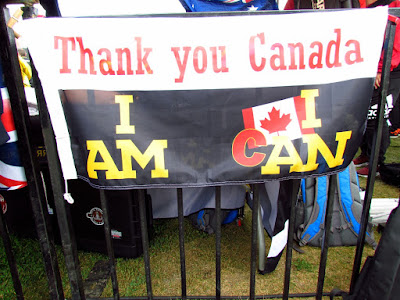 Archery involves using a bow to propel arrows at a target from a set distance. This sport is fully integrated, meaning it is played among able-bodied competitors as well as competitors with varying physical disabilities, such as a spinal cord injury or amputation. Competitors can shoot from a standing or sitting position while aiming towards the centre of a target. Archery is a test of accuracy, strength and concentration.

The line of competitors' team tents. 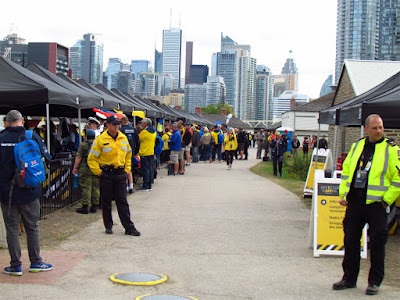 Archers aim at 40 cm targets set 18 metres away from the shooting line. Novice archers, those participating in archery for less than a year, shoot at 60 cm targets. 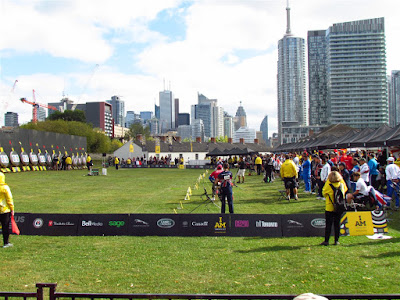 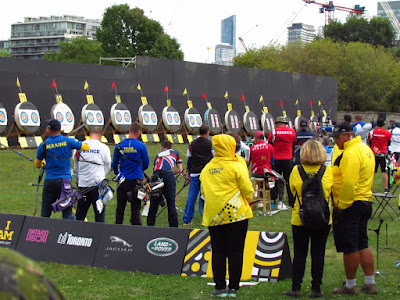 There is a time limit for all competitors to shoot and each fires three arrows in that time. A bullseye is worth 15 points. After each round, they go to the target and tally up the competitors score. 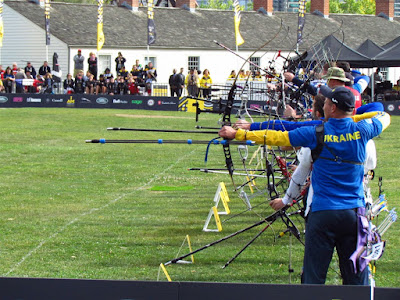 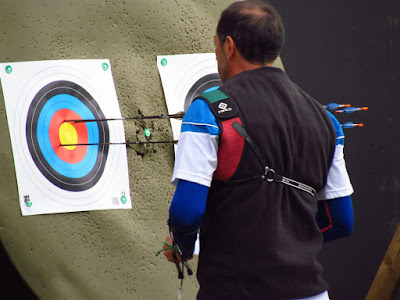 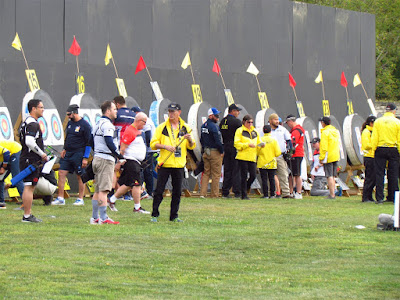 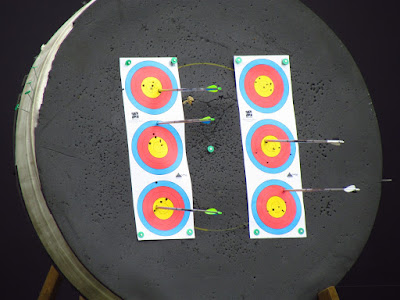 Waiting for their turn to shoot. 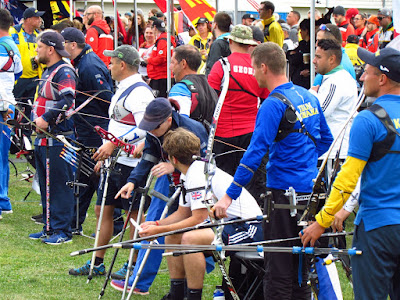 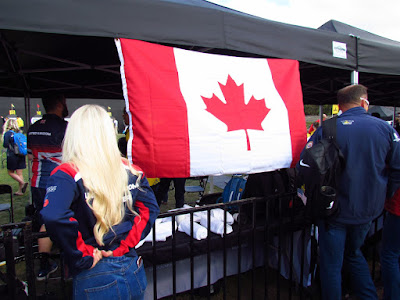 Canada in action. Like a baseball batter, always keep your elbow up. Canada beat the USA in this round. 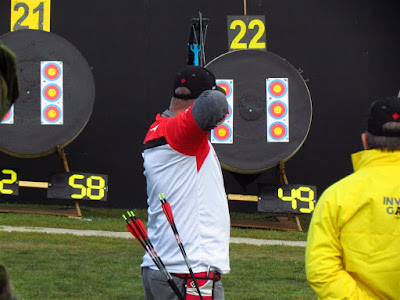 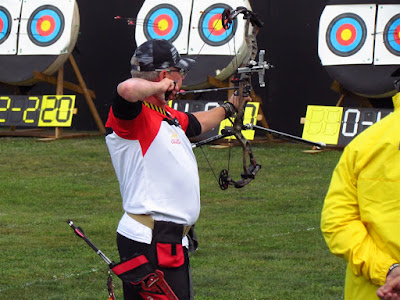 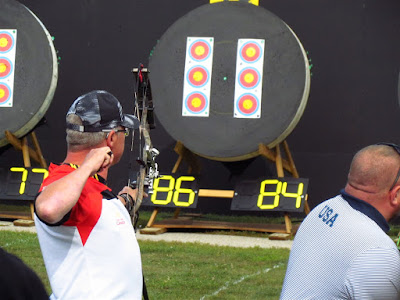 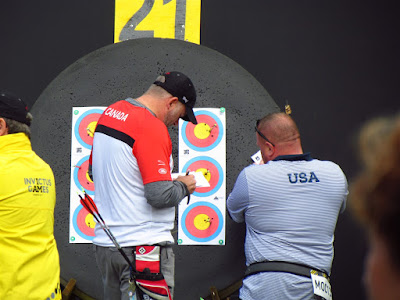 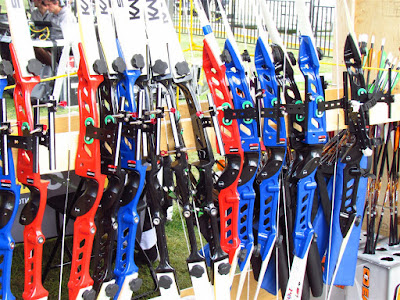 Canada and Australia below, were tied in their round and had to go to a shoot-off. They lined up and had 45 seconds to shoot one arrow. Closest to the bullseye wins. Canada took it. 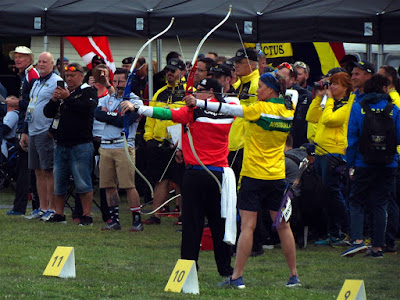 It was announced that a competitor from the USA team had been perfect, hitting six bulleyes in a row. Funny as he was competing against a fellow USA teammate. The score at that point was 90-81, so the other competitor had a great round going himself but just had the bad luck to be placed up against somebody who was perfect. Oh, on the next round of shots, he ran his total up to nine in a row and took the round. Amazing.

Archery was quite interesting to watch. Competitors not only have to take in whether the target is slightly uphill or downhill, they also must factor in any wind or breeze, which today came and went in an instant.

It's a very interesting sport to watch. The medal rounds are tomorrow from 9am to 6 pm at Fort York and entrance to the event is free.
Posted by Swordsman at 15:56

I love Canada and sadly these types of games competitions doesn’t happen in the city where I live. Your post really made me feel to have an archery competition

My 8 years old son also loves outdoor archery, he always gets ready to go to try something new with compound bows and arrows. I would really appreciate the author of this post for sharing his experience with us. You can go to new place if you need some more exciting stories.

Toronto hosts an archery competition every year, in 2017, the event was more special than the rest of the world because thousands of people came. John Pearman at archeryview.com is a perfect place to view archery tools.