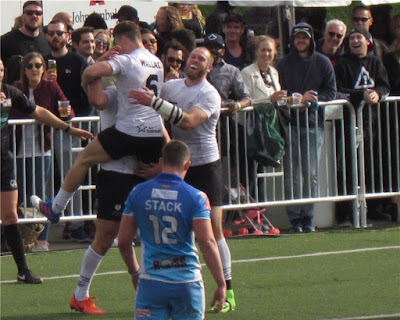 This evening the Toronto Wolfpack played their second home game against the Barrow Raiders in Kingstone Press League 1 action.

The Toronto Wolfpack is a professional Rugby League team dedicated to progressing through the RFL’s ranks, from League 1 to the Super League. We are Canada’s first professional Rugby team, and the world’s first transatlantic major professional sports team. We’re the newest club in the English Rugby Football League (RFL), beginning journey to glory in the Kingstone Press League 1 competition. Our home matches will be held at Lamport Stadium aka “The Den”.

The RFL was founded in 1895 in Huddersfield, West Yorkshire, United Kingdom. The professional game is split into 3 divisions – the First Utility Super League, the Championship and League 1 – with promotion relegation between them. It remains the standard for Rugby League in the northern hemisphere and the Super League second most watched and followed professional sports league in the UK.

The Wolfpack and Raiders came into the game in first place with identical 7-0 records. Toronto had scored 412 points to just 71 against, while Barrow had outscored their opponents 352-88. It looked to be a classic battle.

The She-Wolves came out to cheer on the Wolfpack. 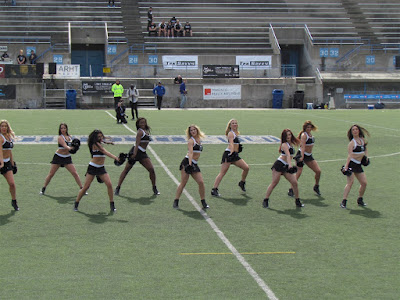 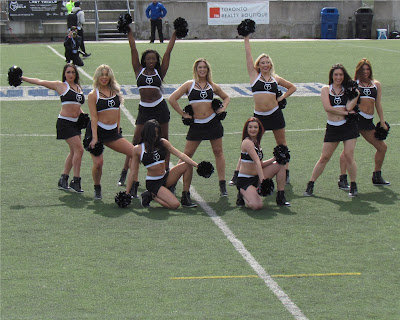 Fan favorite Fuifui Moimoi warms up before the game. 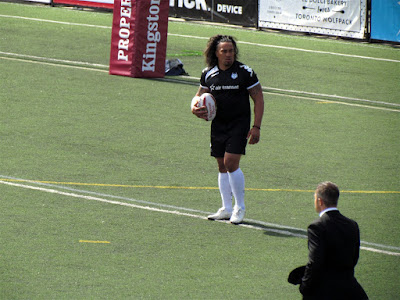 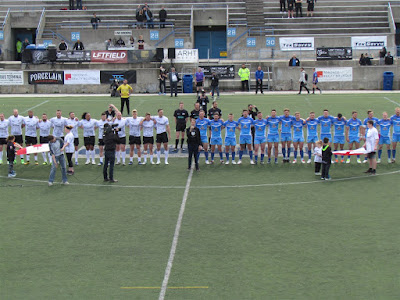 Teena and I in our Wolfpack gear. 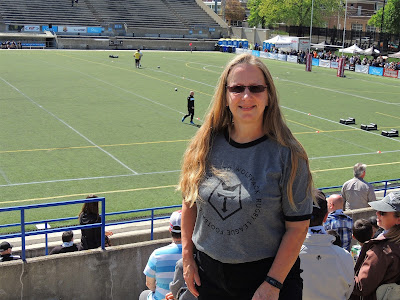 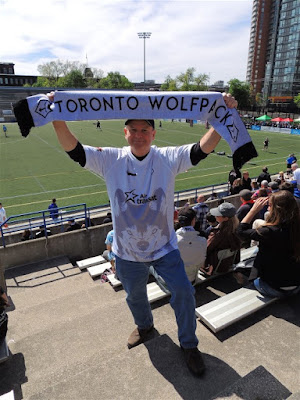 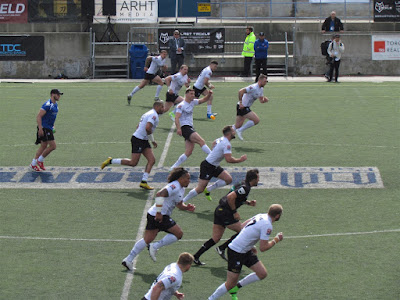 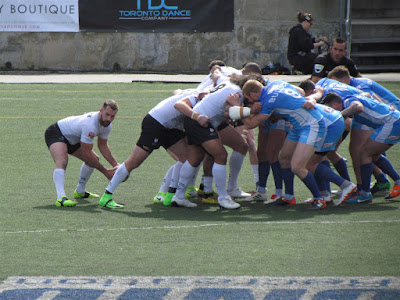 It seems there are three guys in on every tackle. 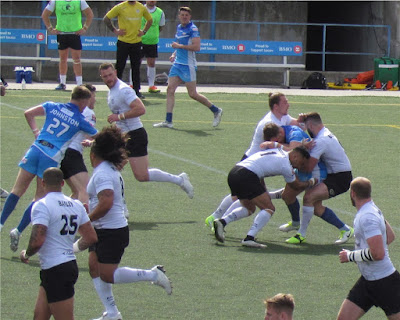 Number 8, Fuifui Moimoi, drives for a try (4 points) but just is tackled short. 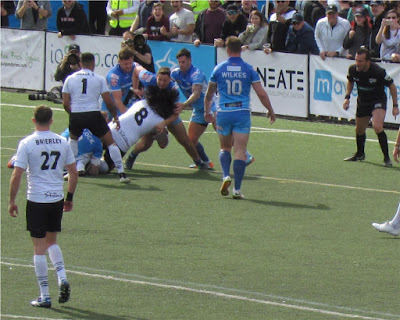 The two point conversion after. You can see the ball splitting the uprights. Many times it sails over the fence and onto King Street with the fans cheering for it to hit a streetcar. 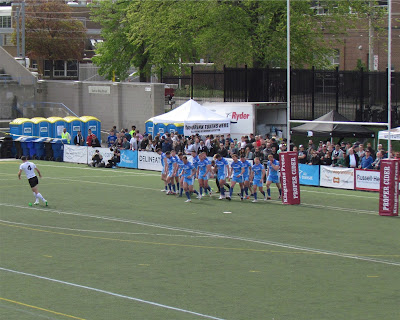 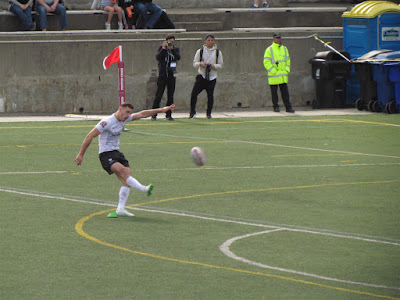 Barrow scored two points on a penalty kick about three minutes into the game to take a 2-0 lead. Then the Wolfpack took over and put up 40 points by half-time. 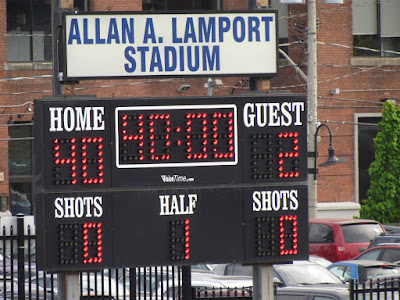 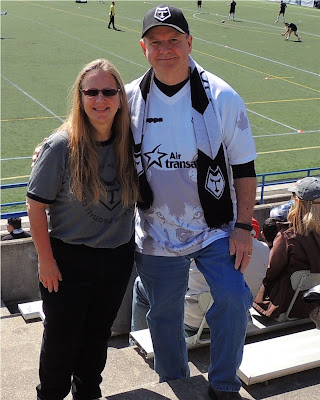 The hot dog gun was out. 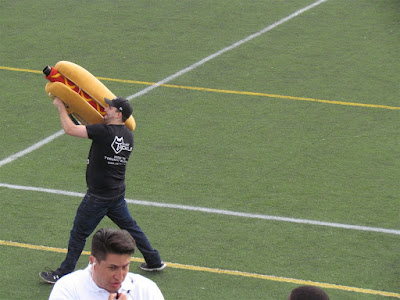 The She-wolves put on a performance. 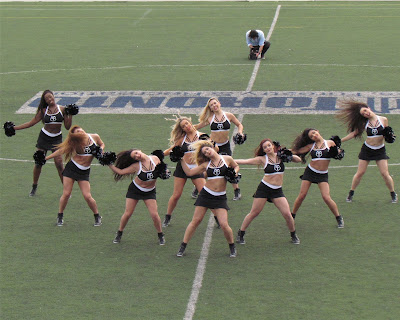 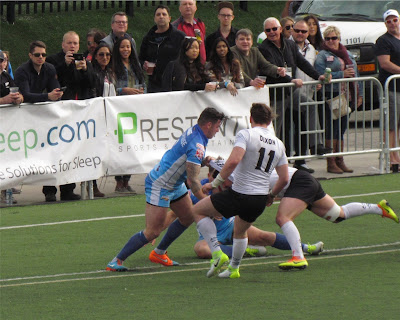 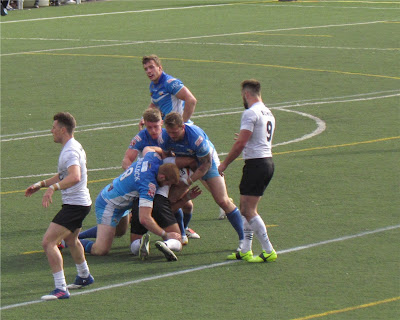 The game ends and although rugby is a hard hitting game, the players take time to informally shake hands and embrace. 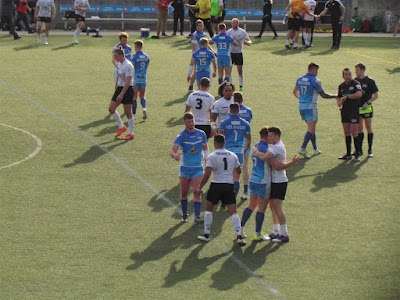 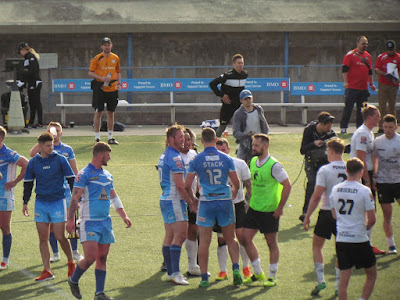 The She-wolves come on one last time. 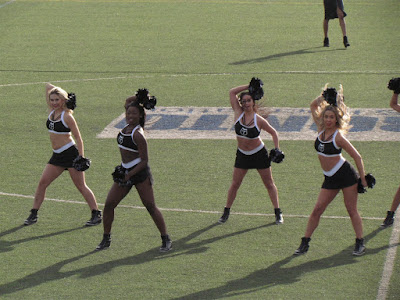 The Pack then take a team moment after. 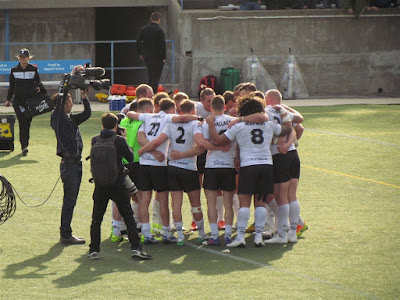 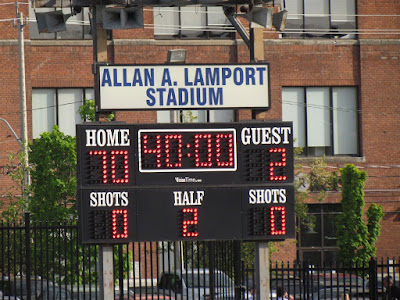 After the game, the beer garden stays open. It was fun watching the players going around talking with the fans, signing autographs, having selfies taken and even having a beer with them. This is a very fan friendly team. 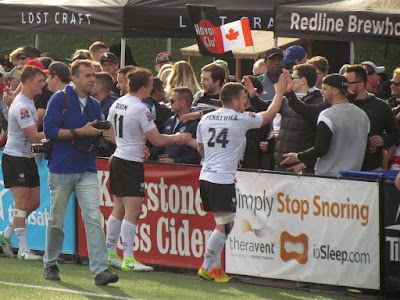 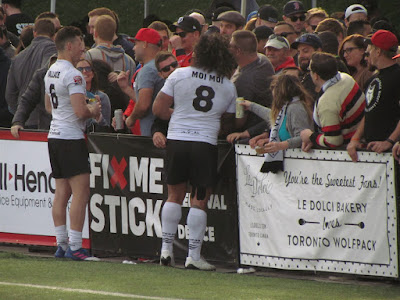 Players even came into the crowd to have their picture taken with this young girl. 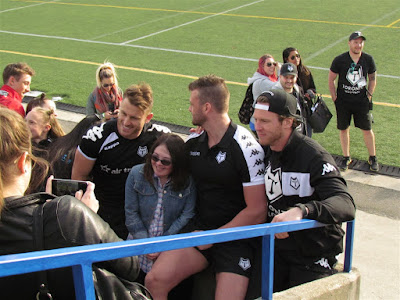 Fuifui Moimoi took the longest to make his way around as he stopped to have his picture taken with anybody who asked. Teena received a high five from him. 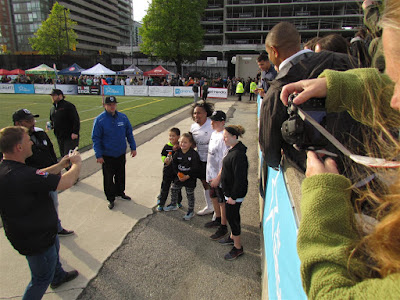 Today there were 7,144 fans at the game today. I think most will be back for the next one. Teena and I had a great time and love going. We'll need a real good reason to have to miss any future games. Their next home game is June 3 against the Hunslet RFLC.
Posted by Swordsman at 19:00

Excellent coverage and photos of the game. I'm from NZ and used to play the game when young many moons ago. It's nice to see the players mingle afterwards with the fans.