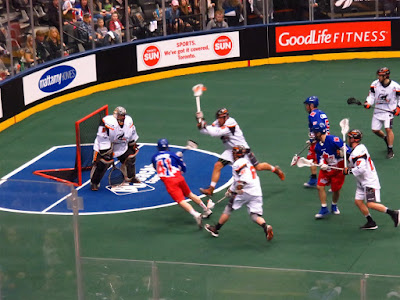 Although the Toronto Rock did not play well in the last few games heading into the playoffs, they did a good enough job to take second place in the Eastern Division to set up a sudden-death home game against the New England Black Wolves.

It was a busy day for us as Teena and I were at the inaugural Toronto Wolfpack game at Lamport Stadium which finished about 6:20pm and had to rush over for to the ACC to cheer on the Rock. We made it just in time for the opening face-off. 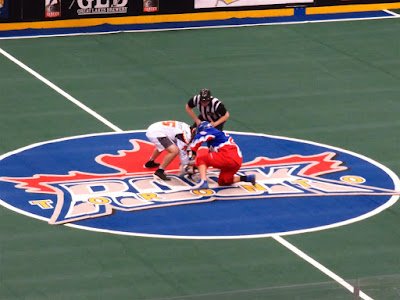 Iggy was there to entertain, cheer on the Rock and jeer to Black Wolves 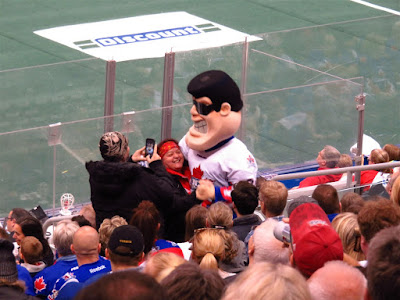 The Rock were down 6-5 at the end of the first quarter and pulled their all-star goalie Nick Rose in favour of Brandon Miller. he was lights out and never let in a goal in the second. At the half, the Rock led 9-6. 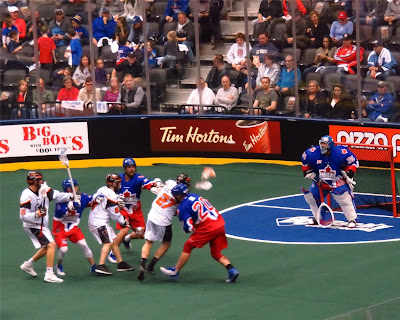 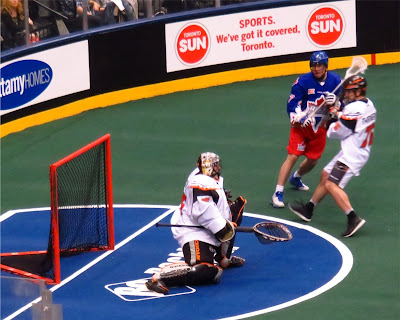 The Toronto Rock Cheerleaders came out to keep the crowd going. 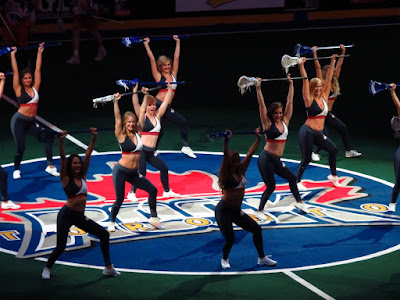 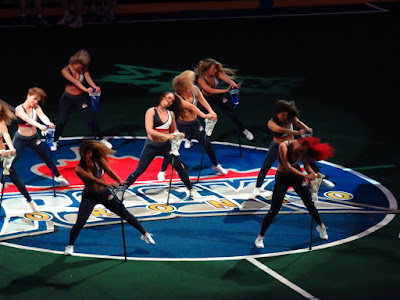 Tempers flared.  New England lost the game and this fight. 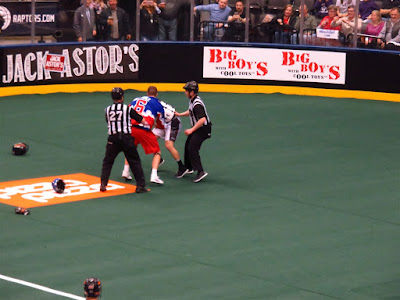 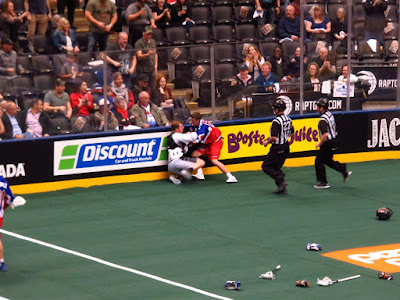 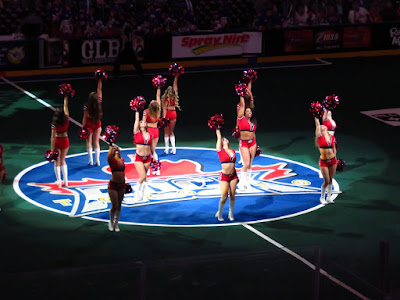 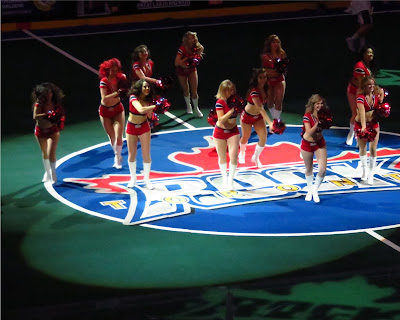 The Rock won 18-10, which sets up a home and home playoff against the first place Georgia Swarm to see who goes to the Championships. 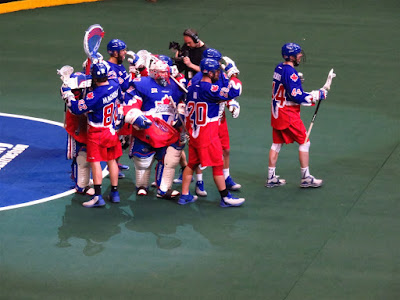 Tim and Gillian cheered on the boys during their victory lap. 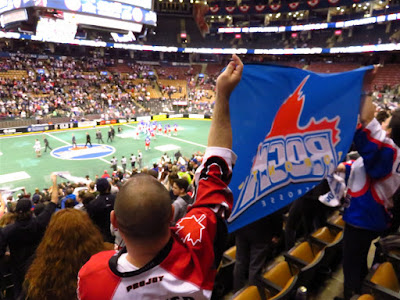 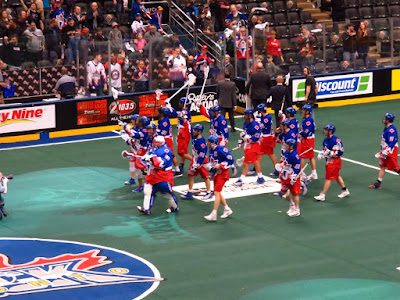 Next Saturday night, May 13, the Rock take on the Swarm in the first game at the ACC. Teena and I will be there.
Posted by Swordsman at 22:00

Good to see that they won and I think everyone should appreciate their winning. Because they deserve it. Good luck to both the teams for the next matches.

Well hardwork always pays off. Many many congratulations to the winning team and all the best to the other team for next time.