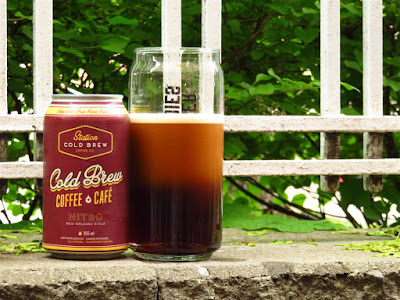 Today I stopped into the Drake Hotel Cafe to see if they had any iced coffee on the menu. They pulled out a can of nitro infused cold coffee from Station Cold Brewed Coffee Company. I took it home, poured it over ice and really loved it, but it turned out that I did it wrong. The instructions on the can say "Shake Well, Pour hard, Fuel Up." I neither shook it well nor poured it hard.

The can also said the company is located in Toronto and when I Googled it, I discovered their shop is located about a five minute drive from where we shop. Nice! Now Teena and I could drop in, pick up some more, and do it up right! 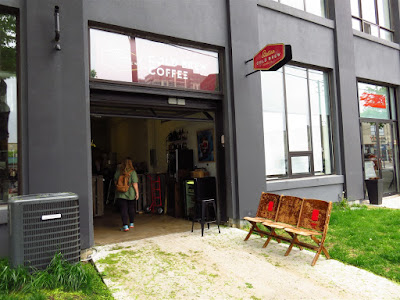 Station was opened in the summer of 2014, by Steve, Mitch and Mike, who discovered the world of cold brewed coffee during a trip to Brooklyn in 2013.

There are a variety of sizes and I wanted to try the cold brewed coffee which comes in a stubby bottle and uses CO2 for carbonation, plus get the can with the nitro in it, so I bought a 6 pack of each of which they just charged me the same price as buying a dozen.

As I had it explained to me, where Guinness uses a widget to bring out the creaminess of its beer, a little nitro is added to the can of coffee to so the same. The can needs to be shaken and poured hard to release the nitro properly into the coffee. 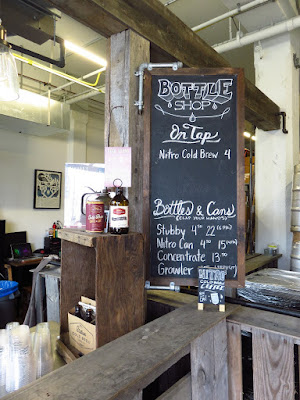 According to their website: We are committed to sourcing the best quality, responsibly sourced coffee that is sustainably grown. Our signature cold brew is a blend of both Ethiopian and Brazilian regions, locally roasted by Hale Coffee. Our beans are responsibly sourced using direct trade policies to support our commitment to outstanding coffee, growing community and improving the lives of every person involved the process.

Direct trade is a term used by roasters who buy straight from the growers and farmers, cutting out traditional middleman buyers and sellers as well as the organizations that control certifications such as fair trade. Direct trade models build mutually beneficial and respectful relationships with individual producers or cooperatives in each individual country. This provides more control over the quality of the coffee, our social impact as well as environmental concerns. 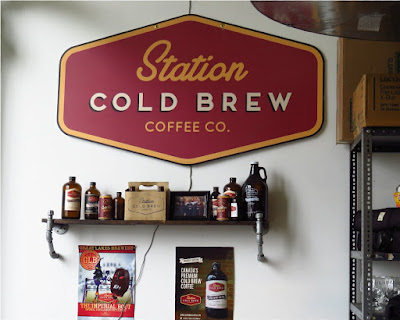 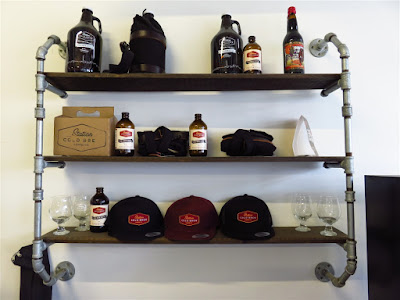 First of all, I love the fact that its ingredients are water, coffee and a little chicory. No additives!

The Nitro (pictured up top) after being vigorously shaken pours with a storm, much reminiscent of the Guinness storm, but one does not last long. What this does, though, is smooth out the taste and make the coffee silky smooth. My first coffee, which I did not shake had a hard edge to it, I liked it, but for those who don't, shaking the nitro does smooth out the bitterness.

A very nice coffee that I will have again, that is after having the five that remain in my fridge. 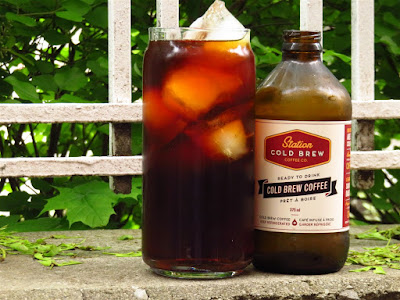 As there is no nitro action in this brew, I decided to pour it over ice.

The cold brew in the stubby is slightly carbonated, but not soda or beer like. The carbonation is quite subtle. There is more of a bite in the coffee here and I imagine that the ice may have tempered that a little. I really like the bite. It's a much more edgy coffee than the nitro and more to my preference.

I can see that my little back room fridge will always be having bottles of this cold brew handy in the future, as well as the nitro. Both are delicious. I can even picture whipped cream with some bitter chocolate shavings being added from time to time. Now that would be a great way to start a weekend! 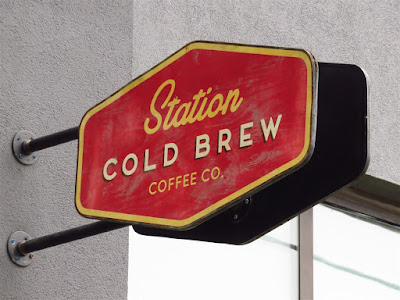