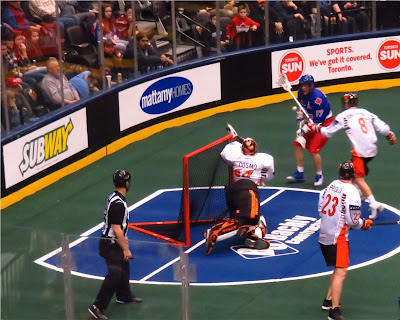 Tonight the 2-1 Toronto Rock took on the 1-3 Buffalo Bandits at home at the ACC. Teena and I were there, of course. We needed the win to stay close to the Georgia Swarm for first place. 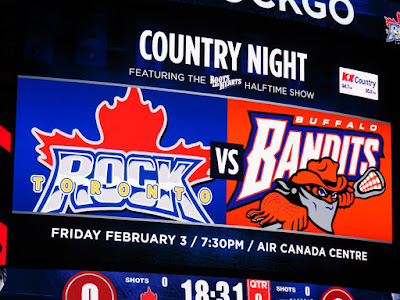 Scotty Newlands, as always, gave a great performance of both national anthems. 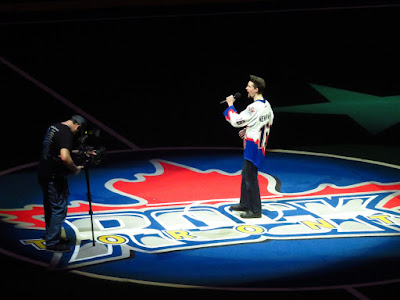 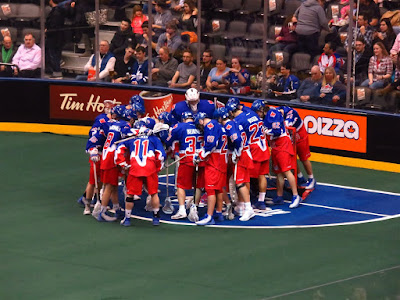 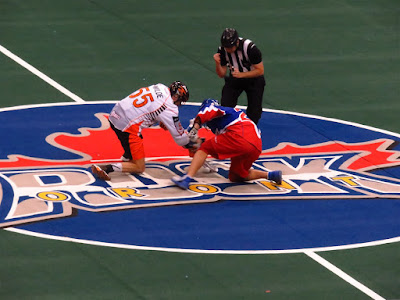 Toronto scored the first two goals quickly before Buffalo came back with this one. Toronto never lost the lead all night. 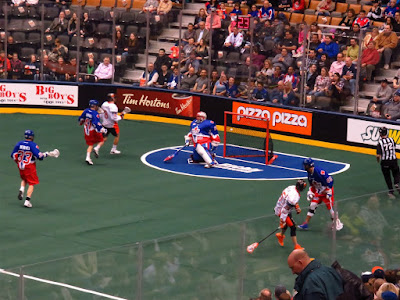 Action around the net. 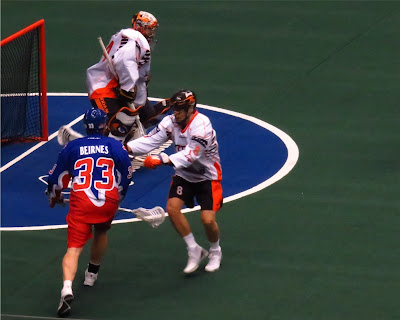 It was country night and Iggy sported his best cowboy hat. 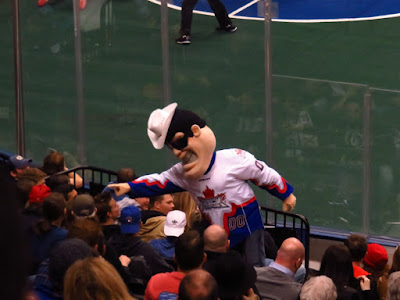 The Toronto Rock Cheerleaders were in country gear. 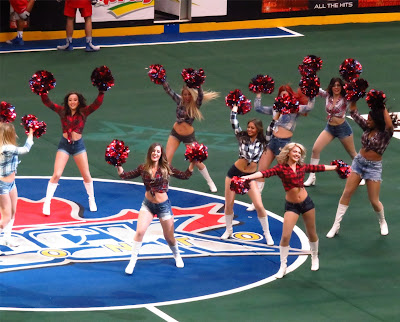 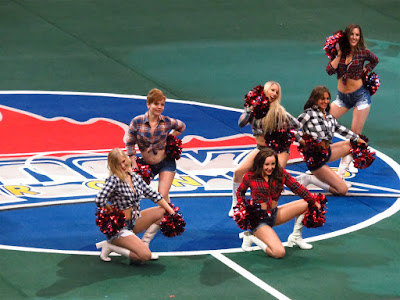 The Abrams from Kingston performed at halftime. 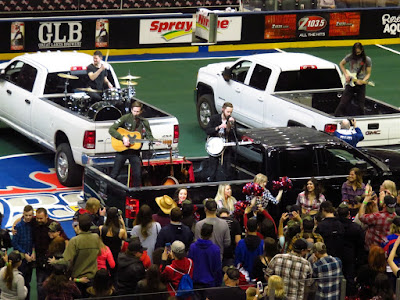 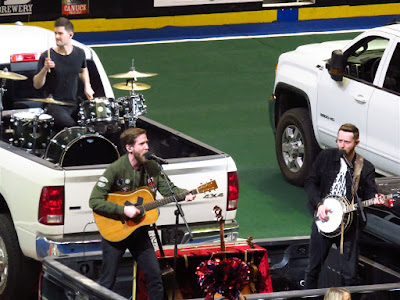 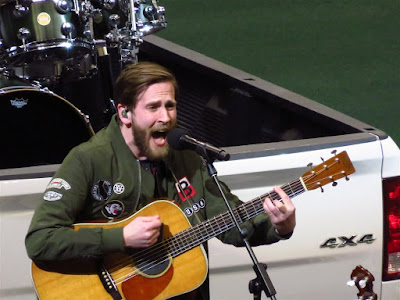 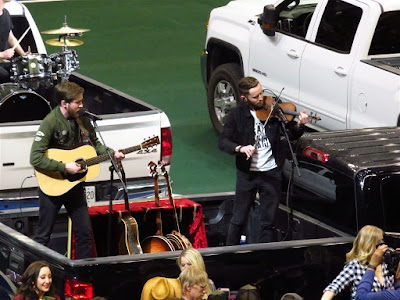 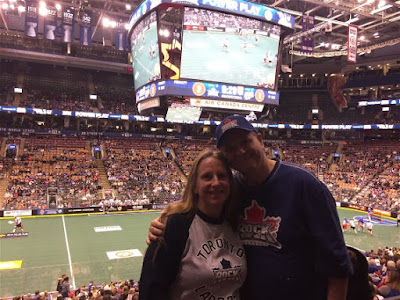 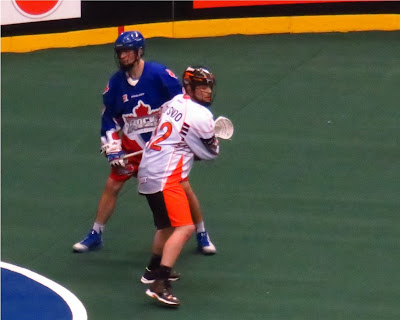 The Rock Cheerleaders came out again. 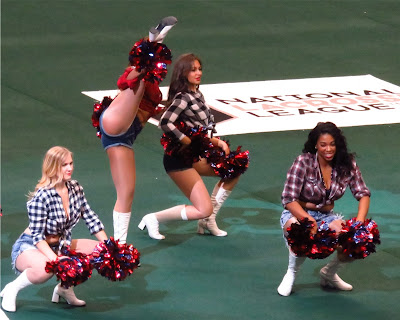 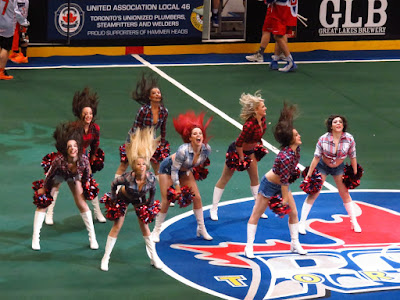 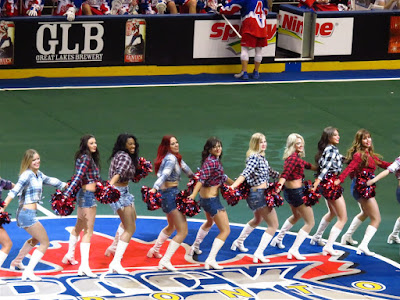 Buffalo tried to make a game of it in the fourth by putting together a string of goals, then the Rock put it away with an 18-10 win. 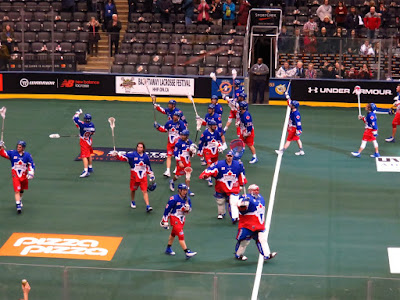 It's a tough but important, next couple of game for the Rock. Next week they visit Calgary, who are first place in the west, then come home the following week to take on Georgia, who are in first place in the east. As of tonight, we are a game behind. 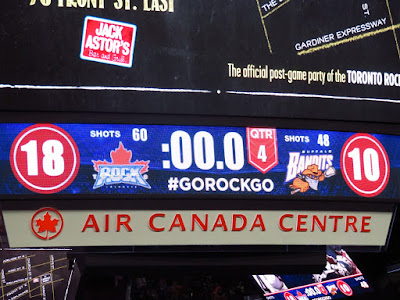 So far, it's been a fun season. Teena and I are looking forward to it.
Posted by Swordsman at 22:30