In Conversation with Margaret Atwood at the International Festival of Authors 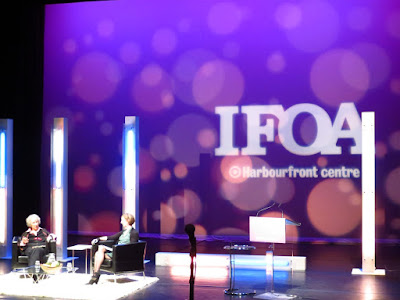 Tonight was an hour long reading and interview with Margaret Atwood whom I consider to be one of Canada's great all-time authors.

Actor and writer Susan Coyne sits down with literary powerhouse Margaret Atwood to discuss her newest novel Hag-Seed, a retelling of Shakespeare’s The Tempest for the Hogarth Shakespeare Project. This event is hosted by Linda Barnard.

Ticket price includes one signed copy of the book.

Linda Barnard was the host. 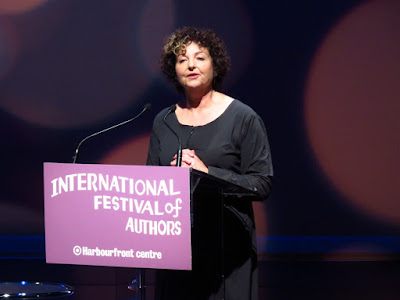 I have read many of Atwoods works and The Handmaids Tale is my favorite so far. 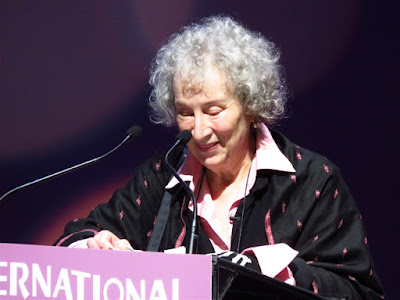 Atwood started with an introduction of Hag-Seed to familiarize the audience with the story.

Felix is at the top of his game as Artistic Director of the Makeshiweg Theatre Festival. His productions have amazed and confounded. Now he's staging a Tempest like no other: not only will it boost his reputation, it will heal emotional wounds. Or that was the plan. Instead, after an act of unforeseen treachery, Felix is living in exile in a backwoods hovel, haunted by memories of his beloved lost daughter, Miranda. And also brewing revenge.

After twelve years, revenge finally arrives in the shape of a theatre course at a nearby prison. Here, Felix and his inmate actors will put on his Tempest and snare the traitors who destroyed him. It's magic! But will it remake Felix as his enemies fall? Margaret Atwood’s novel take on Shakespeare’s play of enchantment, retribution, and second chances leads us on an interactive, illusion-ridden journey filled with new surprises and wonders of its own. 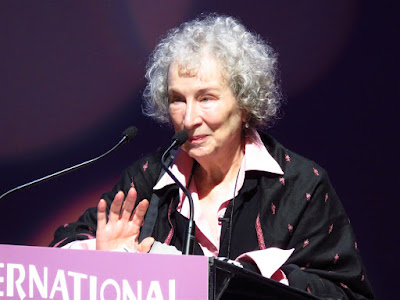 She then did a reading from parts of the book. The last three or four minutes featured a long rap performance by one of the prisoners. Atwood was hilarious reading it and received a few ovations during it. That itself was worth the price of admission. 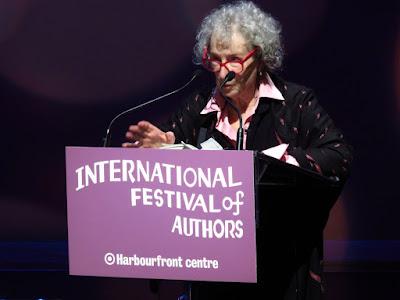 Afterwards Atwood sat down for a discussion with Susan Coyne. It looked like they went out before hand and bought a single pair of skeleton gloves as Atwood wore one on her left hand and Coyne had one on her right. 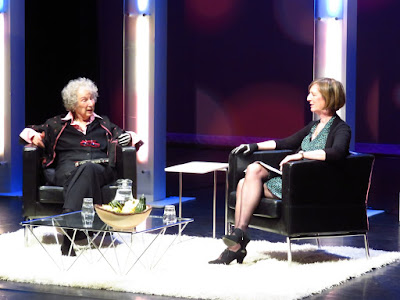 It was a fun, interesting fast paced hour. I was sorry to see it end. I am looking very forward to reading Hag-Seed. Looks to be another great Atwood book.
Posted by Swordsman at 22:18