Canada vs Panama - The Road to Soccer's 2014 FIFA World Cup 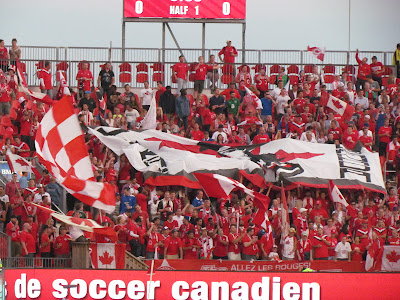 Last spring Canada's soccer team made it though the first round on the round to the 2014 World Cup in Brazil and had two more qualifying rounds to go.  In this round Canada is up against Panama, Honduras and Cuba. So far in this round of the World Cup Qualifiers Canada has beaten Cuba 1-0 in Cuba and tied Honduras 0-0 in Honduras. The top two teams advance to the next round.

Tonight they took on the 2-0 first place team from Panama.17,856 very vocal fans were at the game, a huge majority dresses in red to cheer on their Canadian team. 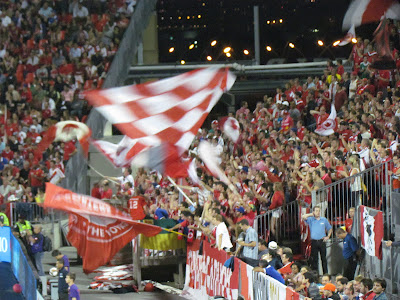 I was there to cheer on my Canadian team knowing the atmosphere would be electric. The Bronze Medal winning woman's Olympic soccer team was there, introduced to great cheers, and when they played the Canadian National Anthem, I don't think there was a Canuck soul in the house who wasn't singing loudly! 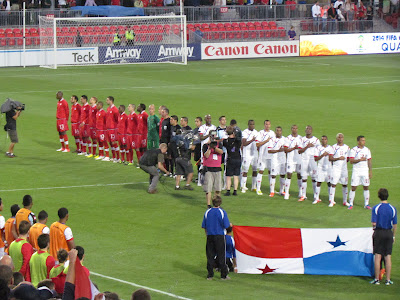 It was a hard fought game. There were a few moments when it looked like a fight might break out. Four yellow cards were issued during the game and I believe there was one Panama player that should have been tossed after receiving a yellow card, then when the referee's back was turned to hand the ball to Canada, dumped a Canadian player on the ground. I thought a brawl might happen then. 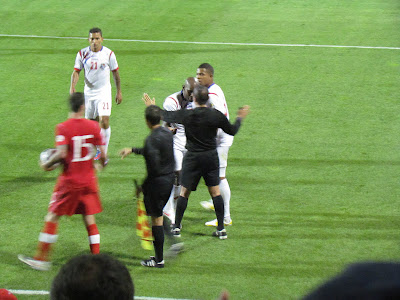 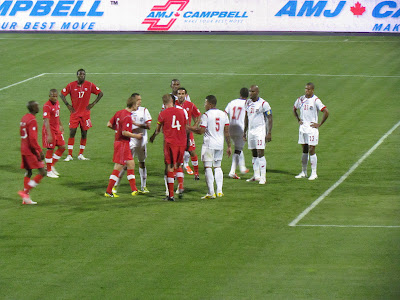 Canada had many chances. This looks like a goal but it hit the post and deflected wide! 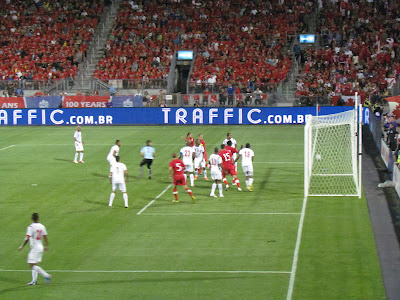 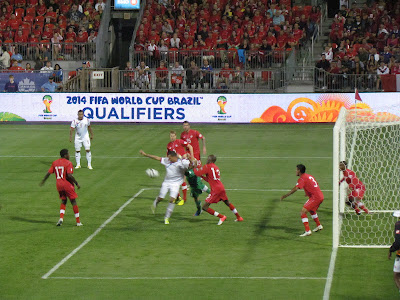 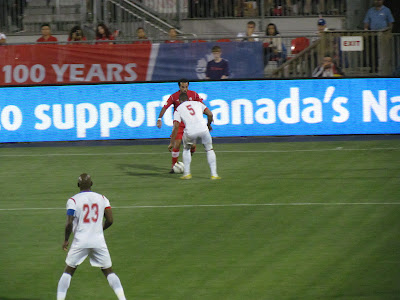 This is Dwayne De Rosario, the hero of the night who scored Canada's winning goal, the only goal of the night. Not only that but it was his 20th goal making him the all time leading national team scorer. The stadium just erupted! 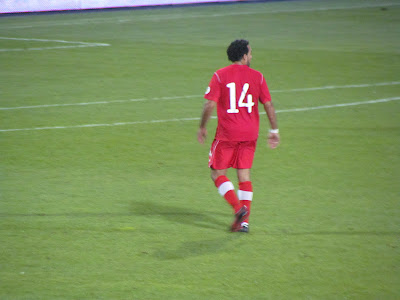 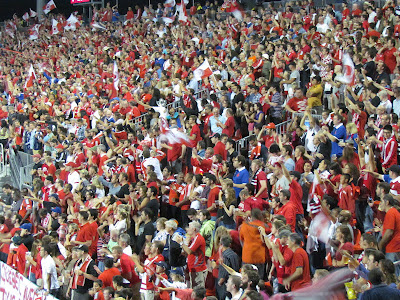 I thought Canada played tough. After going ahead 1-0, though, they seemed to be on their heels a little trying to protect their lead rather than pressing as they had all game. Finally, though, the whistle blew, the game was over, and after three of their six games have two wins, one tie and are in first place! The crowd went wild! 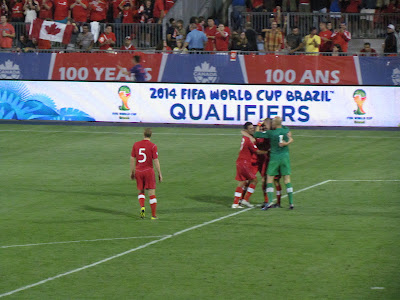 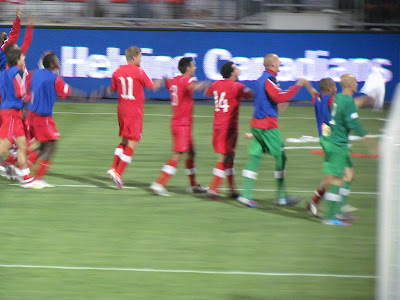 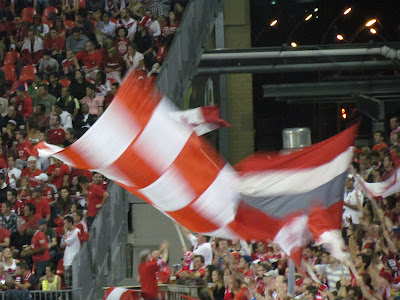 The rematch is Tuesday night in Panama. The winner pretty much will have clinched a spot. This was a scrappy game. The two teams don't seem to like each other. I'll be watching this one for sure on TV. When Canada returns to play Cuba in October, I'll surely be there.
Posted by Swordsman at 22:48