Live Theater, "The Container" at the Berkeley Street Theater 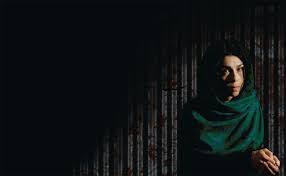 This evening Teena and I were at a preview of the play, The Container, which runs 'til September 18th at the Berkeley Street Theater, which is by the Distillery District. 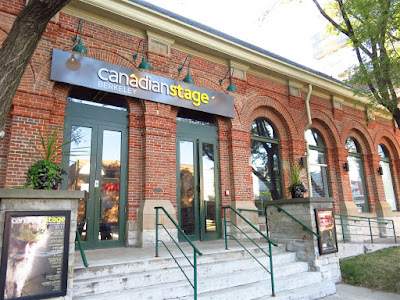 Five people thrown together by circumstance and necessity travel across Europe in the back of a truck. Should they trust each other? What price will they pay to complete their journey?

When the doors of the container shut behind you, let your eyes adjust as you meet five complex individuals: Fatima, Asha, Jemal, Ahmad and Mariam. You join them on the final leg of their voyage, as they are smuggled across Europe in the confined space of a shipping container. The only thing they have in common is their goal: to get to England and start a new life. Witness them torn between greed and generosity, watched over by the mysterious Agent who orchestrates their journey. With freedom so close, what price would you pay?

Clare Bayley's provocative depiction of migrant smuggling won the Amnesty International Freedom of Expression Award for its unflinching and empathetic portrayal of the very human stories behind the statistics. Theatre Fix is proud to present the critically-acclaimed Canadian premiere production, returning to Toronto for a limited engagement after its successful run at the 2014 SummerWorks Performance Festival.

When the description above says that you "join them on the final leg of their voyage", they are not kidding. The six actors and a twenty member audience are locked inside a twenty foot (6 meter) shipping container in the back parking lot for the performance. The closeness makes the drama even more intense. 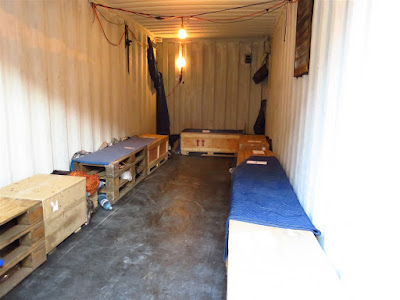 Before the performance we were given some brief rules and a bottle of water to take in by our hostess, Kayla. 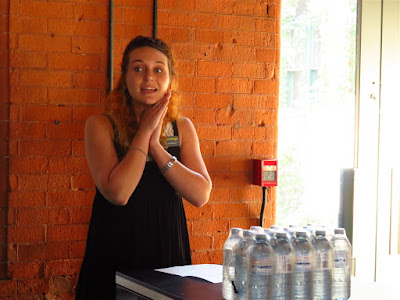 Being as close to the action as you are, you can't help but become close to the characters. The play is only an hour long but I came to like some of the characters and hate some of them. As their stories come out, in bits and pieces, you realize there is no right and wrong, good or bad in any of them. Just the will to hopefully have a chance to start a new life.

Ahhh, but I still hated one of them!

All the performances were excellent and very believable. What really helps put the audience into the story is not only the closeness to the action but the handling of the sound effects coming seeming through the walls, whether the vehicle was stopped or moving. Some were quite gripping.

This is a very powerful piece of work and sadly from watching the news is what is happening in the world every day. This is the story of desperation, hope and survival.

Teena and I originally saw this at Summerworks in 2014. It was fabulous then and just as fabulous tonight.

It would be a shame if every seat was not filled for all performances.