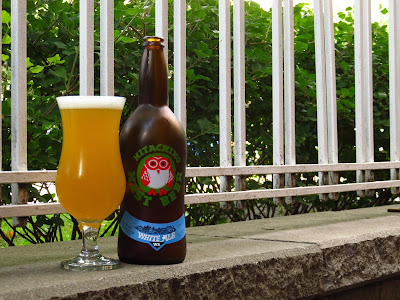 Until today I have only profiled one Japanese beer but in this month's Canada Craft package was a bottle of Hitachino Nest White Ale from Kiuchi Brewery.

Kiuchi has an interesting history. They were established in 1823 by Kiuchi Gihei who was the headman of Kounosu village. His family was charged with land taxes from farmers who paid, not in money, but in rice. There seemed to be always extra so he started a brewery, not for brewing beer but for making sake.

It wasn't until 1996 that the brewery decided to turn it's attention to beer and came up with this beer, the Hitachino Nest White ale. 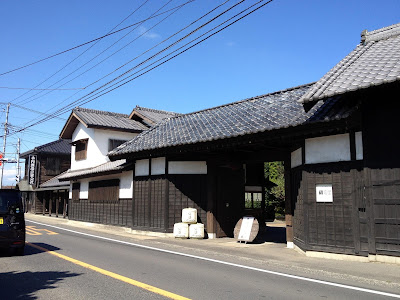 So, how dies it taste?

This ale pours a very light yellow, you could almost say white, and as it is unfiltered is quite cloudy. Lots of citrus comes to the nose and I can sense some orange in there too. The head is white with very large bubbles which dissipates quickly.

Hitachino has a very different taste than I have experienced before but in a good way. It is quite citrusy with sour orange coming through. When I smelled the orange in the aroma, I thought this might be tart but instead, has a fabulous sourness.

This is a delicious beer that I would love to have again!