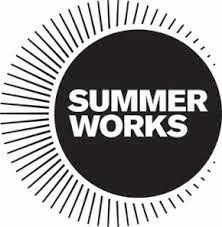 This evening Teena and I attended the play The Container, which takes place inside a shipping container. That's right, the play and the audience are all locked in a shipping container behind the Theater Centre for a 60 minute performance. It is part of the SummerWorks Juried Series.

Five people thrown together by circumstance and necessity travel across Europe in a shipping container. Should they trust each other? What price will they pay to complete their journey?

When the doors of the container shut behind you, let your eyes adjust as you meet five complex individuals: Fatima, Asha, Jemal, Ahmad and Mariam. We meet them on the final leg of their journey, travelling across Europe in the confined space of a shipping container. The only thing they have in common is their goal: to get to England and start a new life. Over the course of 60 minutes, we see them torn between greed and generosity, watched over by the mysterious Agent who orchestrates their journey. With freedom so close, what price would you pay?

The Container was originally staged as part of the 2007 Edinburgh Festival Fringe, where it won the Amnesty International Freedom of Expression Award. This SummerWorks production is the Canadian premiere. 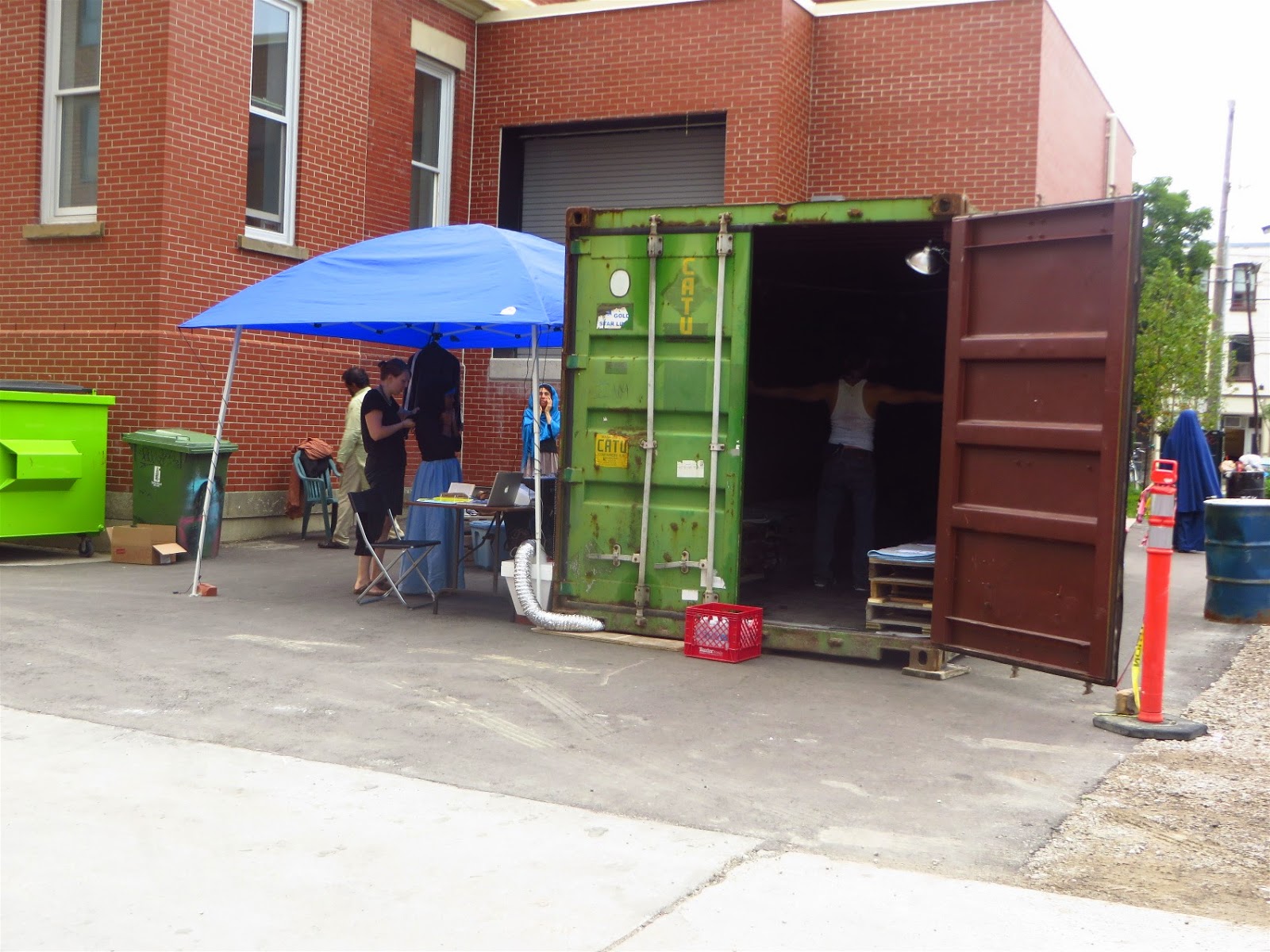 All I can say is "wow"! This is a very intense play, with great characters and actors.

The play takes place inside a 6.10 m × 2.44 m shipping container (20 ft × 8 ft). There are twenty of us in the audience and six actors inside this hot, crammed area. The audience were seated around the walls of the container with gaps in the seating for the actors. The play could have very well been performed on a stage but then it would miss out on the closeness we had with the cast, feeling the same heat that they were experiencing, and taking in the same stale air they were breathing. We were so close, we could feel their desperation. When the door first closes, you could instantly feel the intensity. It only took moments to be involved. 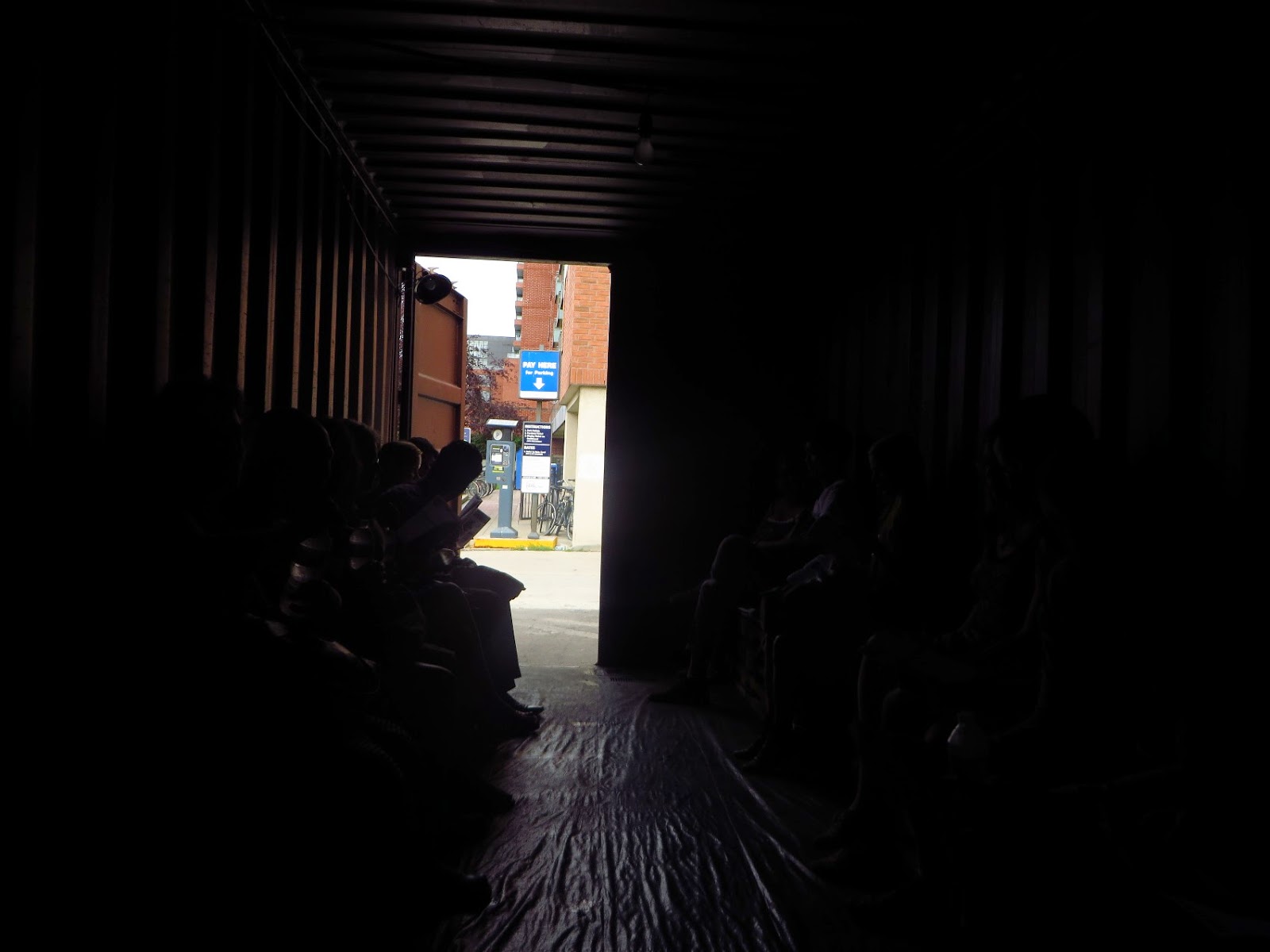 Four refugees aboard had paid a lot of money to be thrown into the shipping container and trucked across Europe with no food or water. Along the the way the truck stops and another refugee was tossed in to the mix. The sound effects of the transport really help to add to the reality of the piece.

Within the hour, all the stories of how each one came to be there were told. There was not a bad performance in this production and I found myself really feeling for some characters and quite hating one. Wait, the Agent, who every once in awhile would open the door (too quickly to get a good whiff of fresh air) and come in to speak with his charges, I might not hate but was particularly slimy.

Adriano Sobretodo Jr. was excellent as Jermal, who constantly was trying to keep the group focused, working together on their journal and most importantly, keep them hopeful.

Both Ubah Guled as Asha and Bola Alyeola as Asha's mom were great. Lara Arabian as the refugee teacher was particular intense. I may be using the word intense quite a bit but that's what this production was!

Finally only a great performance by Sugith Varughese who played Ahmad, the businessman, could make me despise a character so much.

So far, this is my favorite of the festival and one of the top plays I have every seen. Although it was about a subject I know very little about, it became very personal to me. I really felt for these people ... maybe not Ahmad, although he had his reasons. On a stage, this would be a very good play. In this old shipping container, it was so very excellent!

It has been a long time since I was so caught up in a performance and highly recommend this!