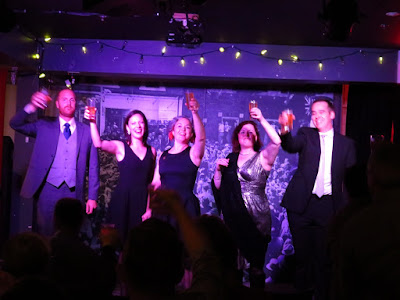 Every year at this time, beer is celebrated all over the city with Toronto Beer Week. Tonight, Teena and I attended one of the more unusual events during the week, Hopera Quatus.

Join us for this celebration of craft beer and opera. On September 21st and 22nd, opera singers will entertain guests with a selection of eight operatic arias, duos and trios. Each song will be accompanied by a sample of local craft beer. Pairings will be presented with details on the musical selection and the beer style as well as why they were chosen. Hopera is an intimate event and will provide meaningful insight into both the world of local craft beer and the world of opera...

Not knowing opera but two people who enjoy beer we had to give it a try. We both went in, not knowing what to expect. What we discovered is that this was a lot of fun. 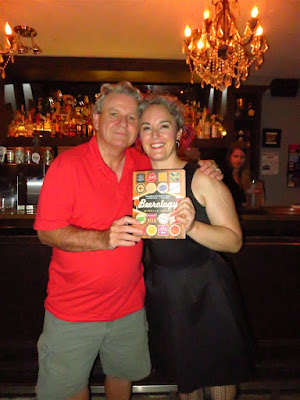 Opera paired with beer, an interesting concept, one that only could have been conceived by Mirella Amato of Beerology. She once was in the opera herself, then decided that the world of beer was more to her taste. In the world today there are cicerone's, (equal to sommeliers) but Mirella is one step above that. She is the only Master Cicerone in all of Canada and one of six in all of North America.

I was fortunate enough to have taken a course from her a few years ago, and yes, she knows everything about beer. She has written a book, Beerology, that new comers to the beer world and those that already love craft beer, would enjoy.

On, on to the show which was hosted by Melanie Esseltine and Mirella. Before each musical selection everyone was given a 4 oz glass of a style of beer. Melanie (below left) would describe the aria that we were about to hear, what it was about, plus what the opera was about. Mirella (below right) would then describe why this particular beer was selected to pair with the number, it's aroma notes and what we may find in the taste. 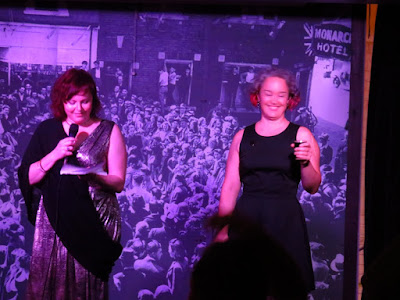 Here is an example which is taken from our program.

Melanie: Steal Me, Sweet Thief from The Old Maid and the Thief by G. Menotti.

After manipulating her employer, Miss Todd, into stealing cash and beer to keep him in the house, Laetitia laments the fact that Bob the itinerant wanderer has made no advances toward her despite her ensuring he has easy access. She longingly sings of him stealing her away.

This piece is driven more by lust than love, so a beer made with ripe, juicy berries seemed appropriate. In fact, some believe raspberries are an aphrodisiac. The juicy flavor of this beer is followed by a sour finish, which is appropriate considering how this story ends ... 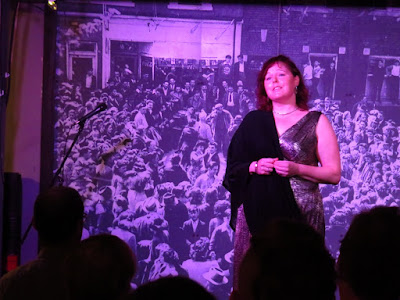 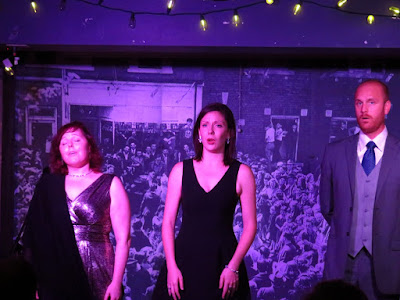 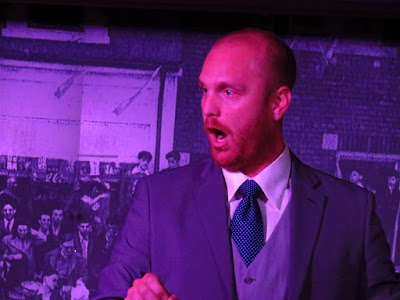 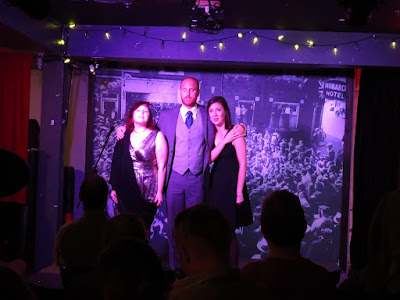 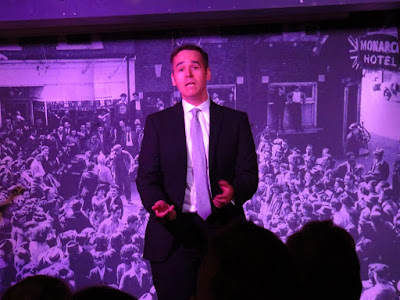 It was a fun night. Teena and I went in not knowing what to expect, and had a great time. The entire night was well thought out and done in an intimate venue. Tickets are still available for tonight.

This was the fourth Hopera that has been put on and Teena and I plan to be at the fifth.
Posted by Swordsman at 09:26