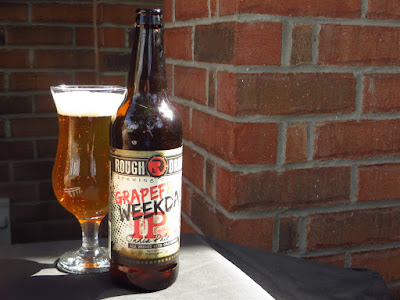 Today, I am trying a beer I received from the Canada Craft Club that has me excited. It's called Grapefruit Weekday IPA and I am so looking forward to how the grapefruit works with this. I remember being hesitant to try the Hawaiian Style Pale Ale from Spearhead Brewing, thinking it be a fruity beer. I was so wrong there and anxious to try this one.

I can't find when Rough Draft Brewing started, just that the owner, Jeff Silver, received a home brewing gift 20 years ago as a present, and twenty years later, opened his own brick and mortar brewery. Silver named the brewery Rough Draft, as that is what he feels his beers are ... rough drafts. The brewery encourages their customers to give feedback on what they like and dislike about each brew.

Time to weigh in. It is a weekday after all!

First off, it's good to know that Rough Draft does not just buy grapefruit juice to pour into the pot. The grapefruit are organically grown by local producer Stehly Farms, where they are juiced and zested by hand.

This 4.8% IPA pours a golden colour with a white head. Loads of citrus fill the aroma, and nice white lacings line the side of the glass while I sip.

With my first sip, sour grapefruit meets my tongue right away. This is quickly followed with a very nice citrusy hop bite. Again, the flavour morphs and the sourness comes back for the very long finish.

I really enjoyed this ale. My Canada Craft Club membership comes with credits to order their offerings on line. I might just order more of this as one will not do me. 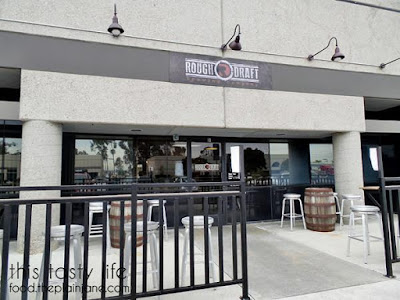