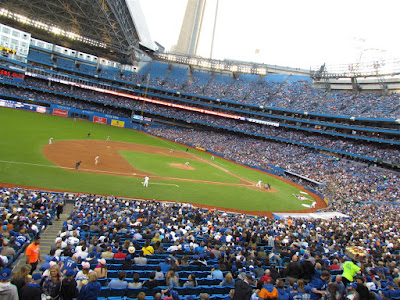 Teena was supposed to have a late flight in from Halifax this evening so I decided to head down to the ball yard to watch the Toronto Blue Jays take on the division leading Baltimore Orioles. The Jays came into tonight third in their division, 4.5 games back of the Orioles. Needless to say, this four game series is a big one. 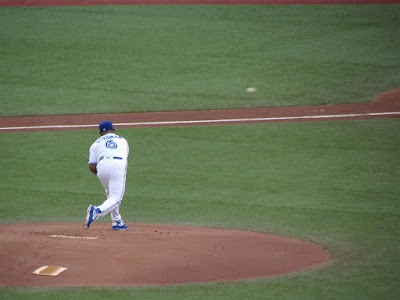 Marcus Stroman was the Jays starter and fires the first pitch for a strike. I was glad I caught this shot as there was a long lineup to get into the stadium before the game. I headed to the Flightdeck in centre field, as they have a better beer selection there and that's when I caught this shot. 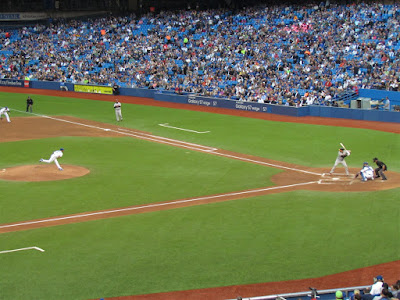 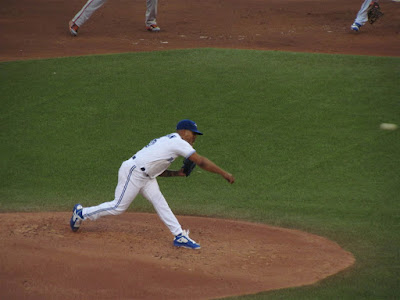 Encarnacion ties up the game with this sacrifice fly. 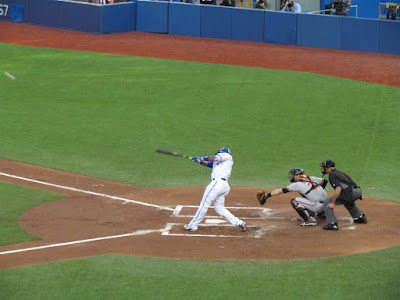 Michael Saunders slides into home on a Russell Martin single. 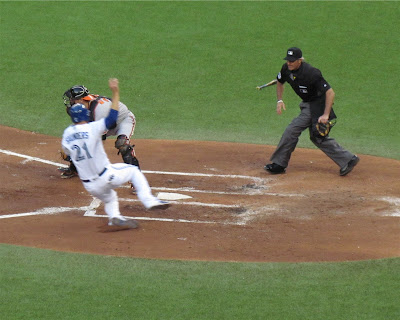 The fellow beside me caught a foul ball. He said he'll be bruised tomorrow. I saw it coming at me and didn't know whether to go for it or take a shot. He jumped up, so neither happened. 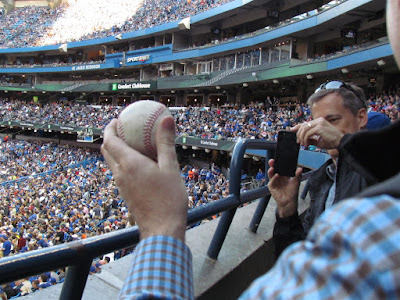 Darwin Barney tries to turn a double play but was taken out by the runner. 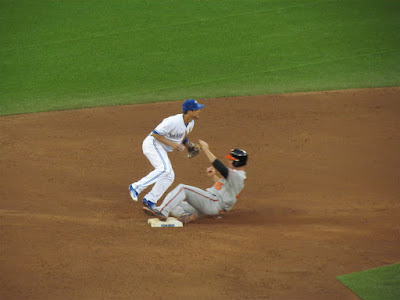 Josh Donaldson scoops up a hot grounder and fires to first for the out. 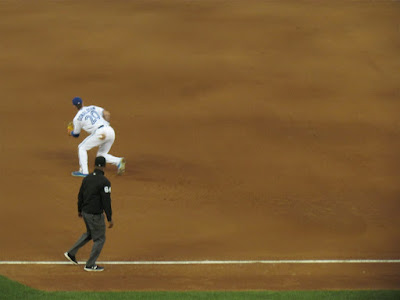 All was well. The Jays had a 4-1 lead and the CN Tower looked fabulous in the sunset light. 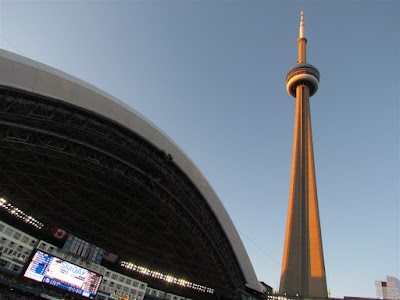 Biagini shows why pitchers hurt their elbows. Look at that weird angle on his throwing arm. 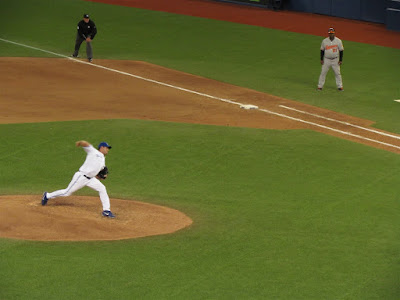 A healthy attendance for tonight' s game. Unfortunately the 41,448 fans watched Baltimore chip away at the Jays lead till it was 5-5 going into the ninth. 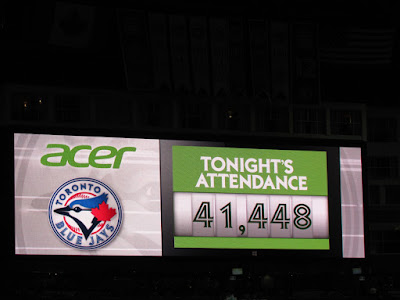 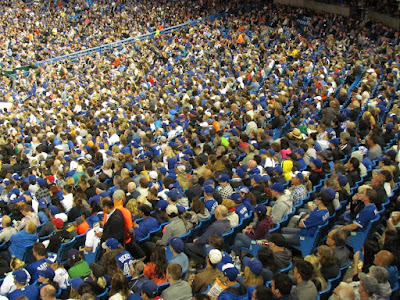 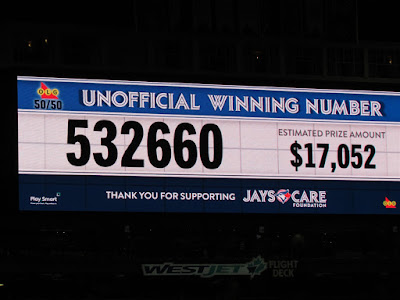 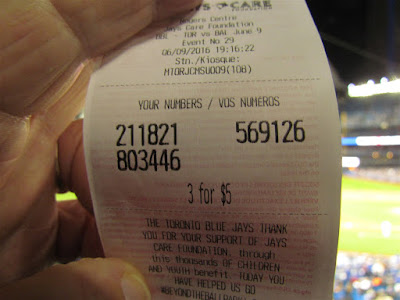 Encarnacion is hit by a pitch here but is left stranded on the base paths. 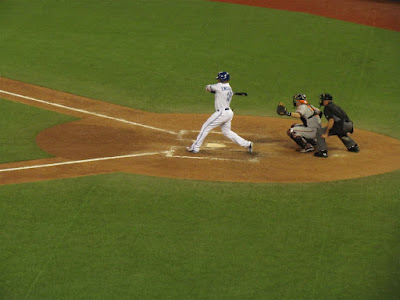 In the ninth, the Orioles had a man on third with one out, the game tied and their best hitter, Chris Davis coming to the plate. Davis had already scored a runner on a sacrifice fly and slugged a home run. I was yelling to walk him, to set up a double play and take that dangerous bat out of his hands.

That's not the way it went. Osuna pitched to him and Davis scored the runner on a fly ball. Hey, Gibbons. You should listen to me!

The Jays went quietly in the ninth and lost 6-5. They still have three more over the weekend against this same Baltimore club. It would be nice to take all three and come out of the series just 2.5 games back of first. 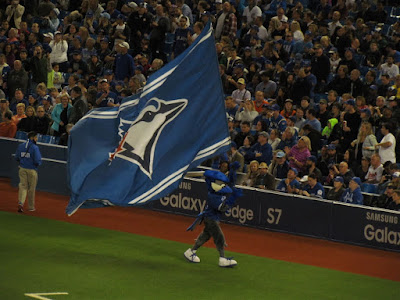