My May 2016 Canada Craft Club Delivery 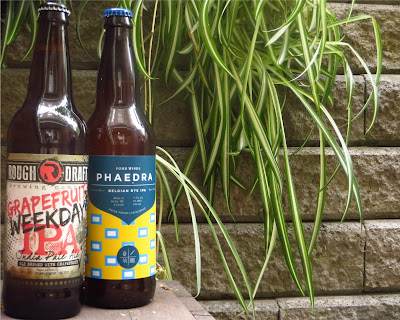 My May Canada Craft Club delivery came today complete with two tasty sounding beers. I really enjoy opening up the box and finding just inside sitting on top of the beers, two tasting cards, giving the history of each brewery and the story about the beer. It makes me salivate a little just reading about them. 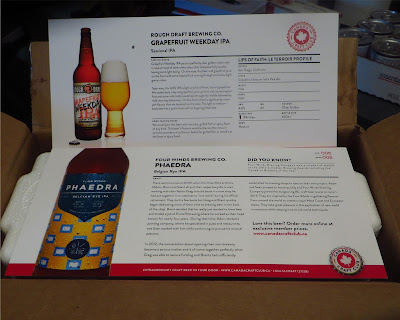 The two 650 ml bottles are each tucked into a protective Styrofoam tube to prevent breakage. One of the bottles is a Phaedra Belgium Rye IPA from Four Winds Brewing from Delta, BC, and the other is a Grapefruit Weekday IPA from a San Diego company, Rough Draft Brewing.

I'm looking forward to trying both.
Posted by Swordsman at 20:13