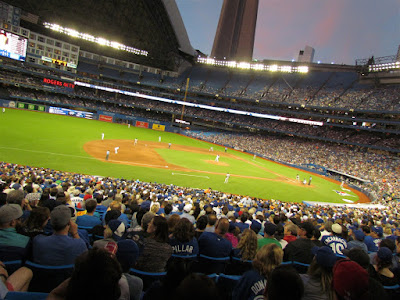 Tonight was a beautiful night for baseball. The heat had dropped off and a gentle breeze was wafting through Rogers Centre. The Toronto Blue Jays are starting to show who they are by taking the last three series and now looked to down the New York Yankees to at least clinch this series. 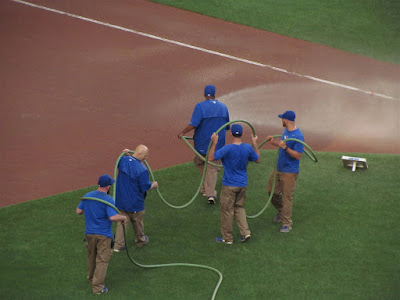 It is so refreshing to see a real baseball diamond, one that needs to be properly hosed down before game time. 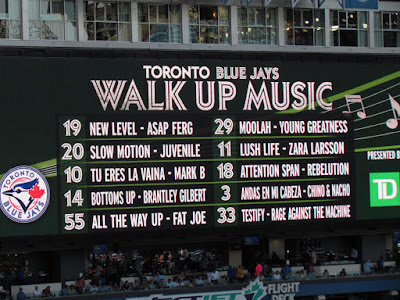 The music that will play when each Blue Jays player comes to bat. 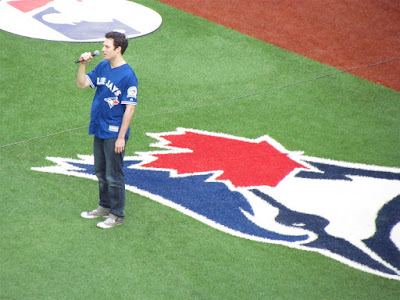 Jake Epstein, who is best known for his role in Degrassi: The Next Generation, sang the national anthems. 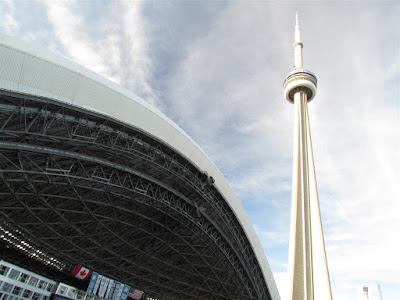 The CN Tower looked great in the light. 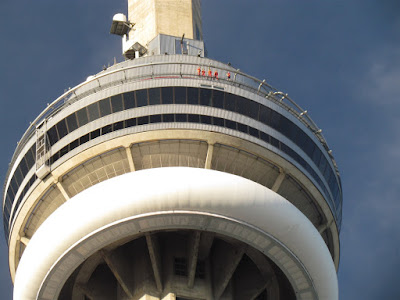 Oh, there are some people doing the Skywalk. Great night for it! 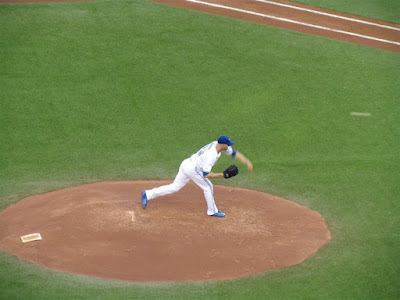 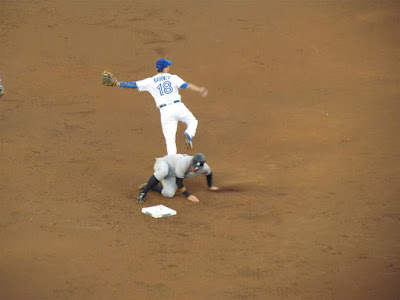 Darwin Barney tries to turn a double play but the relay just missed getting there in time. 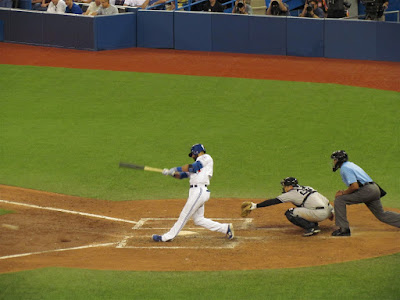 Bautista takes a mighty swing but flies out on this one. 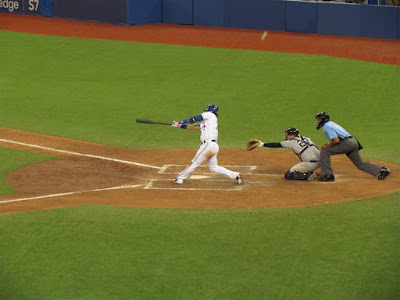 Donaldson fouls one off.

The Jays fell behind 1-0 in the second inning but a Justin Smoak home run in the fourth tied it up. It was a tense game until the bottom of the seventh when Encarnacion doubled, then was driven home by Kevin Pillar. Darwin Barney then a single and drove in another two runs. The fans sensed a victory was coming. 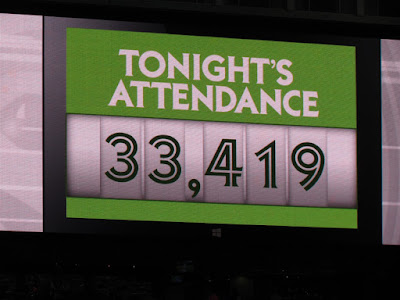 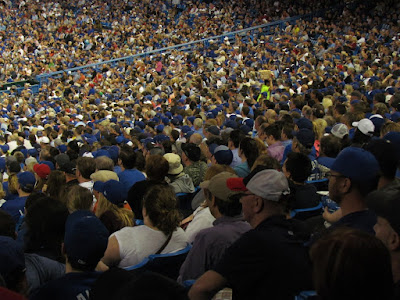 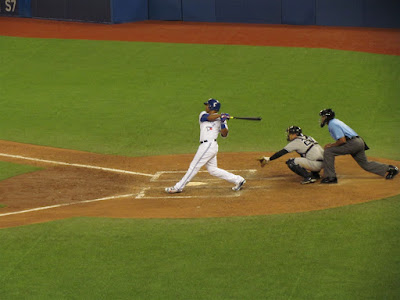 I wish I had a home run swing to show you but all I caught was foul balls and outs. Here Encarnacion does a long fly out. 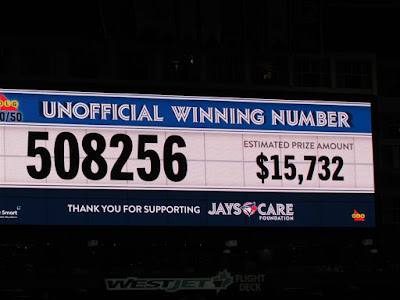 Somebody went home with a nice cheque. It wasn't me. 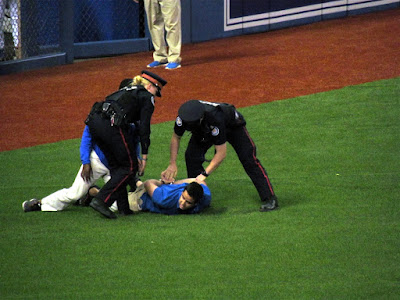 A fan ran out onto the field. Looks like this worked out well for him. I gather alcohol was involved. Hope he spends the night in jail! 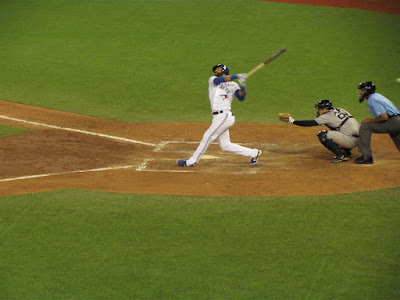 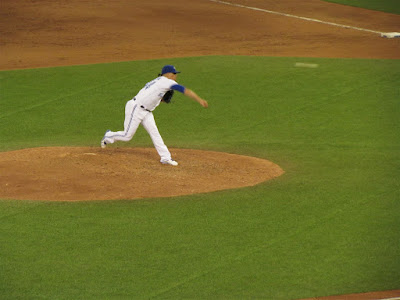 Roberto Osuna comes in to nail down the 4-1 victory and record his twelfth save. 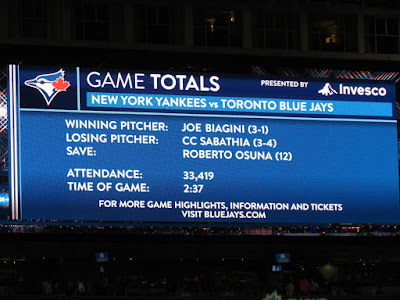 As always, it was a fun night. I have a great feeling Jays are going to repeat what they did last year but make it to the World Series. Lot's of baseball left and lots of games to go see.

Looking for the sweep tomorrow night!
Posted by Swordsman at 23:16