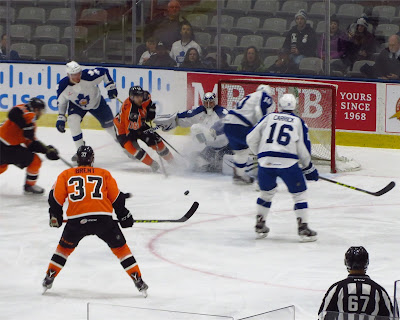 Tonight Teena and I were at an event with the St. Francis Xavier University (St. F.X.) alumni ... Teena is an alumni, I was a tag along. There were drinks and munchies before the game at the Brazen Head pub in Liberty Village. Although I never attended St. F.X., I was warmly welcomed. The hoodie I wore may have helped. This picture was taken after I caught a teeshirt thrown up into the crowd. 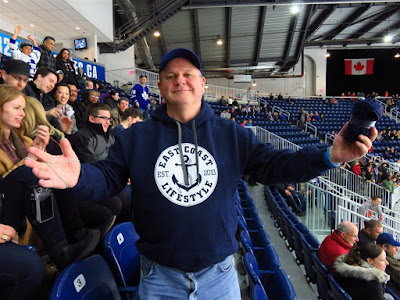 The matchup ... the Lehigh Valley Phantoms were in town to take on the first place Toronto Marlies. 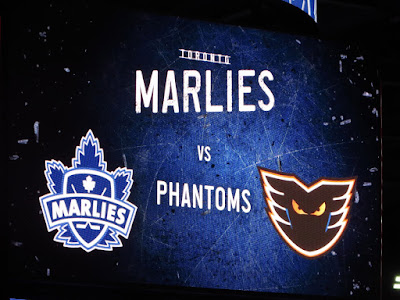 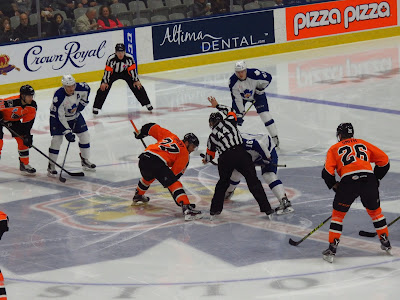 The Marlies, although outshooting the Phantoms in the first period, were really outplayed but came away with a 0-0 draw. It was a chippy game. You knew something was going to break out. 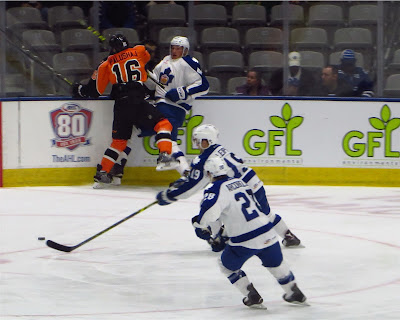 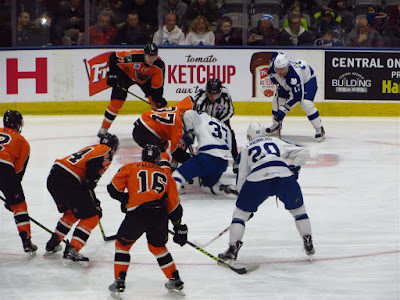 Duke was working the crowd. 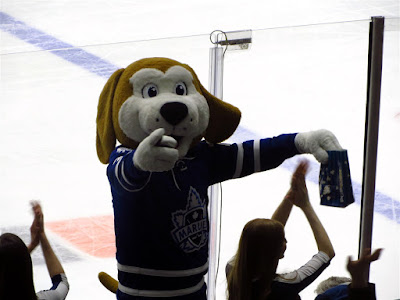 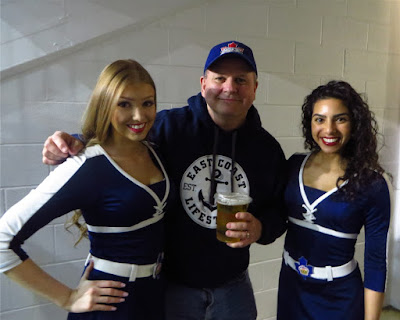 Teena and I have never been featured on any stadiums' Kiss Cam but tonight we were and won a gift certificate! 14 years and we still got it! 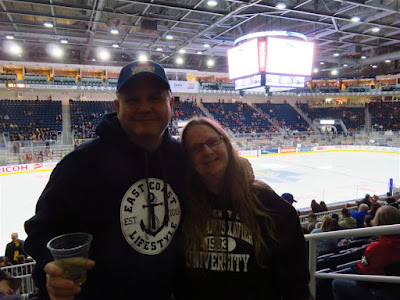 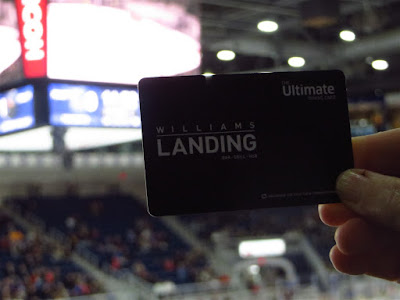 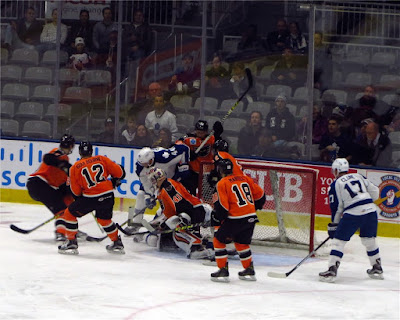 It was a chippy game and this was bound to happen. 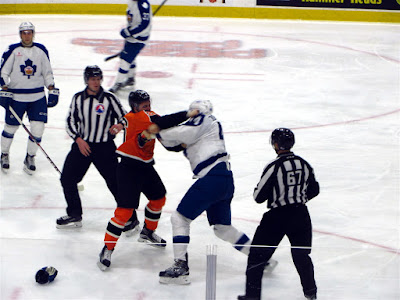 The fight seemed to fire up the team and Duke 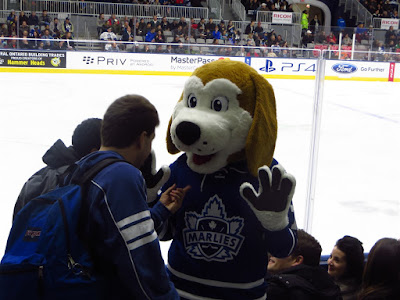 Down 2-0 in the third period, the Marlies came back, scoring a couple of goals to tie the game in thrilling fashion, with very little time left in the period.

In overtime, they popped in this goal to win the game. If you blow up the picture, you will see the puck going over the goaltender's glove. 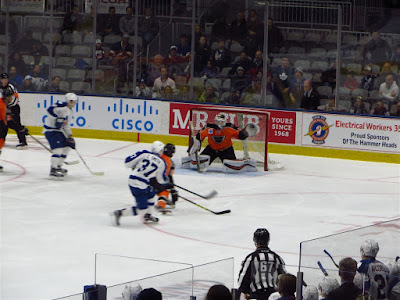 It was a great night. Tomorrow night the St. F.X. hockey team (the X-Men) play in the CIS semi-final. The Toronto Alumni chapter is sending them pictures and videos  from tonight. Go X-men!

Thanks for having me along.
Posted by Swordsman at 22:30