Beer of the Week - The Beers of Louis Cifer Brew Works 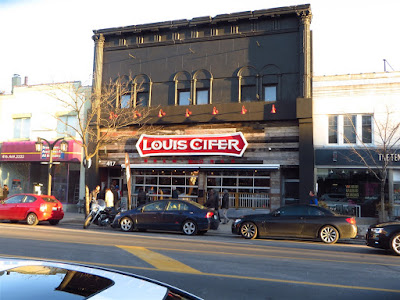 Tonight Teena and I traveled to the east side of the city, to the Danforth, to check out Louis Cifer Brew Works. It has been open for almost a year and a half. It was on Teena's radar, I had somehow forgotten about this place and Teena suggested this morning we head out and give it a try. Of course, I totally agreed.

The place was busy and has a floor and a half of seating. 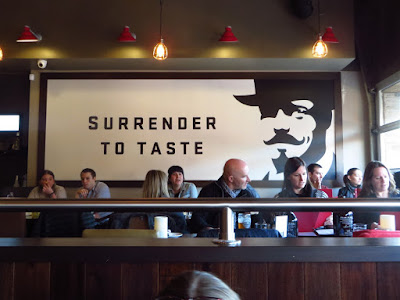 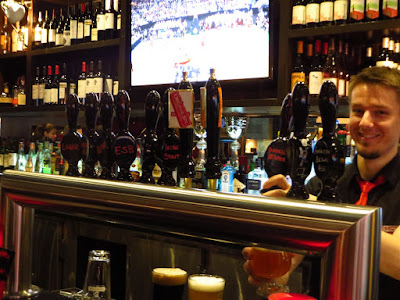 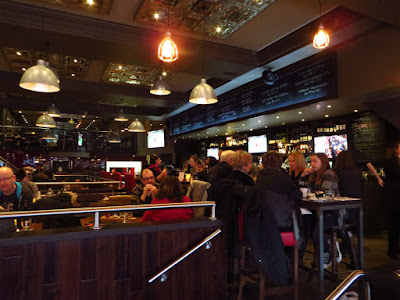 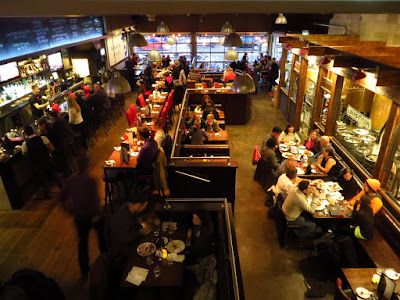 I love the bathroom signs. The men's is very similar. 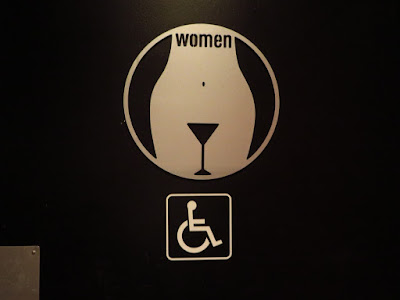 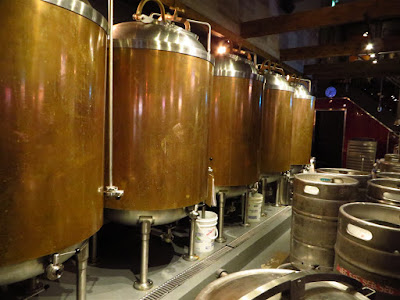 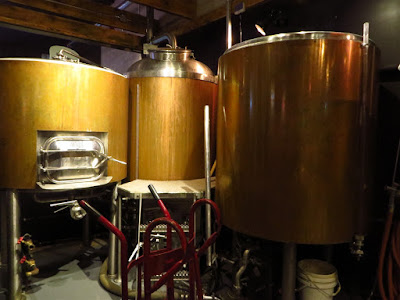 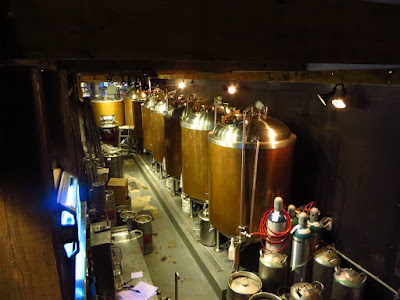 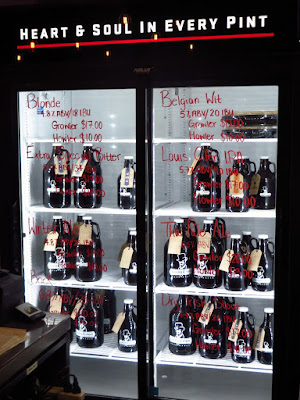 The beer menu. More about the beer in a bit. 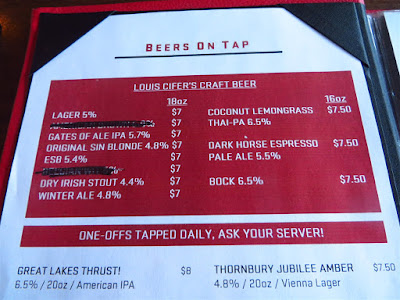 Louis Cifer has a great selection of pub and high-end food. Instead of ordering the duck comfit, which tempted me so much, I went for the more pubby Macaroni and Cheese Poppers and Lemon Salt 'n Pepper Dry Wings.

The poppers were fabulous. Lots of mac 'n cheese packed into a Panko crust. It was tasty and cheesy and I would definitely get them again. 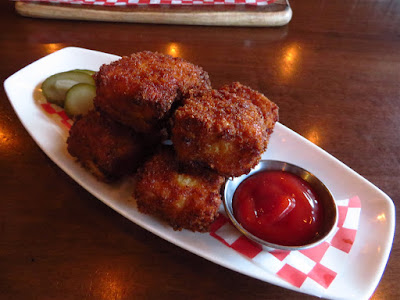 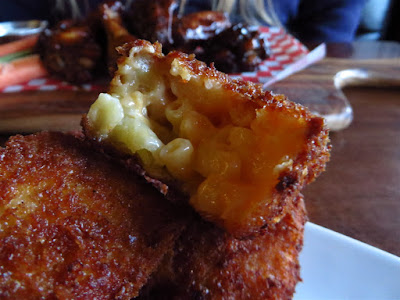 The wings were also great. They seem to be marinated in the lemon, salt and pepper mix, then BBQed. I loved them. It was a hard choice on what to finish with, the last wing or the last Mac 'n Cheese Popper. 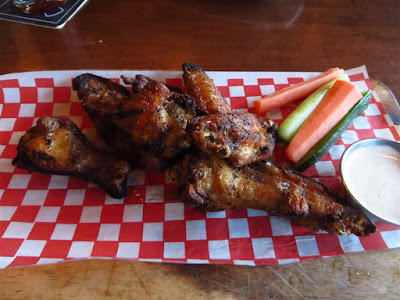 I tried four and enjoyed them all. I really didn't have the nerve to try the Coconut Lemon Grass Thai PA but really should have a least asked for a sample. I will next time we are there.

Here are my favorite two. The Bock and the Gates of Ale IPA were really good but I wanted to concentrate on my top two. 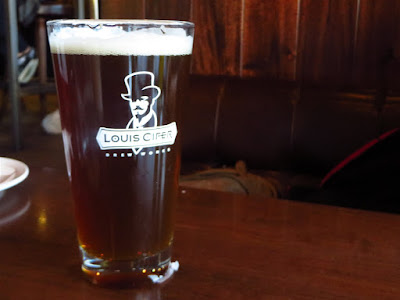 The ESB pours brownish with a slight brownish head. All the different fragrances of food around the restaurant made it hard to assess the aroma of this beer.

The ESB is more malty than a regular ESB but very layered. It starts malty, with just a very hint of chocolate, which is followed by something something tangy or slightly fruited, Whatever it is, it is very nice and there is just a touch of a hop bite in in the finish, which is surprising clean and refreshing.

Very well done. I would get this again. 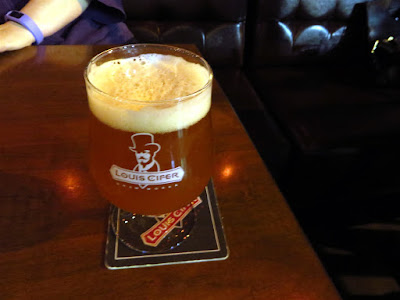 The Retox IPA is today's daily one-off. It pours kind of a deep golden colour with a bit of orange in it. Grapefruit and citus are very prominent in the aroma which manages to overcome the rest of the wonderful food aromas wafting through the place.

I asked at the bottle shop if I could bring home a growler (half a gallon or almost 1.9 litres) of this. They only bottle their regular lines which makes sense but still I was disappointed. It was just so fabulous.

Final impressions? We both said we would like to return and with friends. Yes, I do highly recommend this place and wish it was in our neighborhood.

Labels: Beer of the week, Brewpubs