Beer of the Week - The Beers of Folly Brewpub 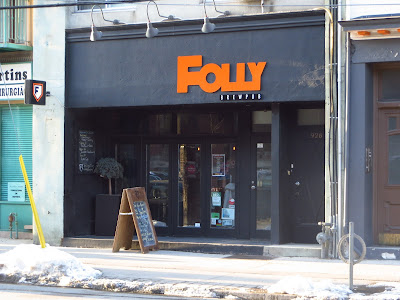 Folly Brewpub opened in October 2015 and Teena and I had been meaning to try it out .  Finally we got around to it this evening.

Before becoming Folly Brewpub and being redone, it was Habit, but still is owned by the same people but with a better direction. Walking in, I found the place to be very well-decorated and comfortable. 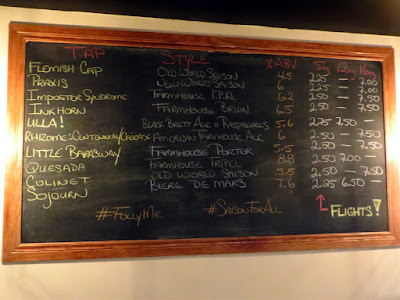 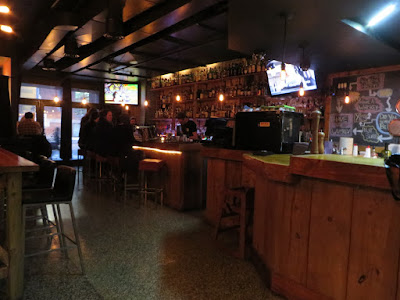 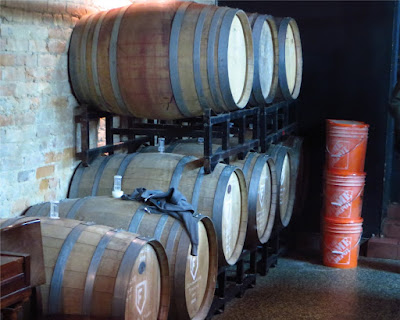 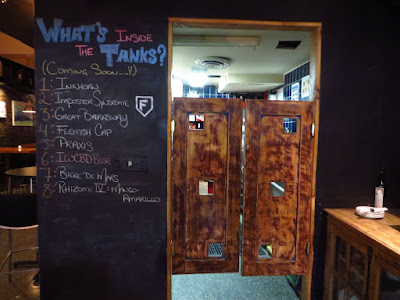 So first, let's talk about the food. I started with Cod Cakes. 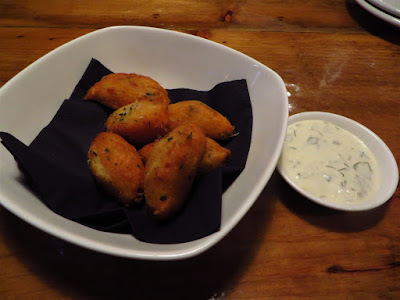 I really enjoyed them. The home-made tzatiki is not like regular tzatziki sauce, which I don't like. This one was excellent, with lots of lemon flavour. I plan to make this on Monday night but without potato and with salted cod, so it was great to try it tonight as it is supposed to taste.

My main was Mac and Cheese. I have a weakness for this dish and this is one of the best I have ever had ... actually the second best. I never have written about the first (the Auld Spot on College).

I didn't take a picture of the menu description but it was full of four cheeses, long stemmed mushrooms, bacon and truffles, It was fabulous.  I would get either again in a heartbeat! 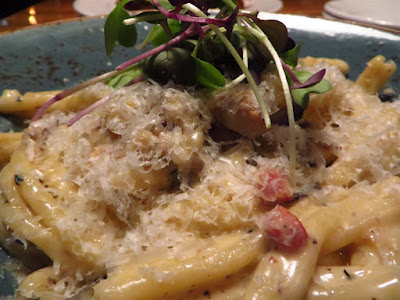 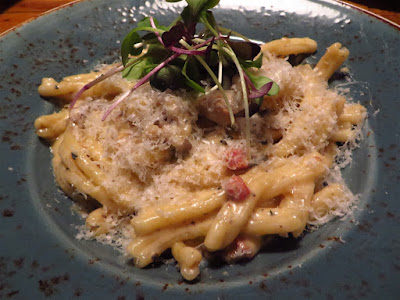 Teena had the Chicken and Waffles and done a little differently. The chicken was marinated in a Thai sauce and had little heat to it. Teena said she she would get it again. 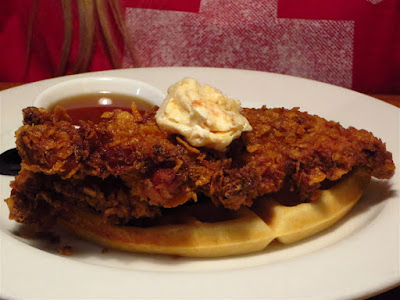 I tried a few and enjoyed them all but decided to feature my favorite two of the night. 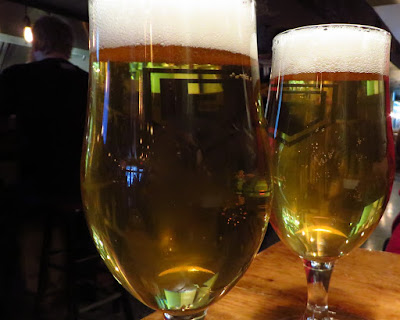 Folly Brewpub focuses on Belgium style beers and one of my favorite styles is saison, so, of course, my first beer of the night was a saison, done in the old style.

I really enjoyed it. It was a light, clear and yellowish in colour with a nice white head. I love the saison yeasty aroma and it was very present in this. The Flemish Cap was a little more sour than other saisons but I found it wonderfully tasty, with a delightful sourness that came through from start to finish. When the bottle shop opens, I will be a regular customer coming home with this. 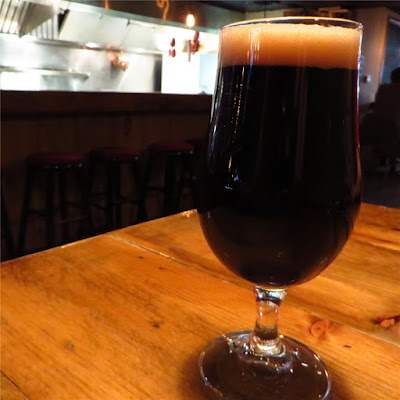 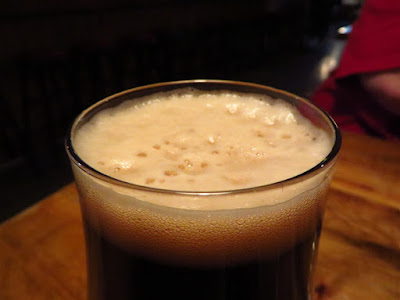 Wow! Do I have notes on this one!  It pours black with a full brownish head. My first notice of the aroma was that it held a little chocolate but lots of bitter raspberries. I found it interesting that halfway through when it just sat that the raspberry seemed to disappear from the aroma, replaced by coffee. Once swirled or sipped the raspberry returned to the  nose.

I found the Ulla to be delightfully confusing. It is dark, almost black but so much lighter in mouth feel. It starts with a slight little chocolate, not coffee, and then a lot of bitter raspberries come through. We were told how much fresh raspberries were poured into the mix (15 pounds) and they really come through, dominating the taste.

This is the problem with this beer. It was so terrific that I really didn't want to try anything else.

When their bottle shop opens later in the spring, I plan to make both the Saison and the Ulla regulars in my fridge.

James, our server, was great. We also had an opportunity to talk to Michelle, the manager, about what was planned for the future. We were treated very well and Teena and I plan to be back!