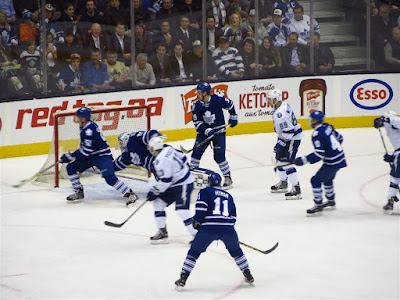 Tonight Teena and I were at the ACC to watch the Toronto Maple Leafs take on the Tampa Bay Lightning. The tickets came compliments of Deo, a buddy at work. It is only the second Leaf game I have seen at the ACC.

Due to all the trades, many Leaf players were called up from their Marlie farm team. I was hoping to see William Nylander score his first NHL goal but that didn't happen. I did see a great effort from goalie, Garret Sparks, who made a sensational diving stop in the first period, which is the picture on top of this article.

Opening ceremonies.This kid with the flag had to be thrilled! 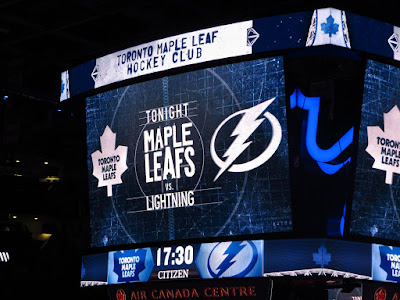 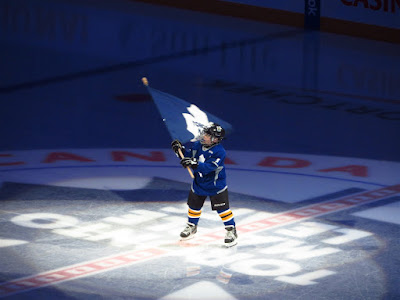 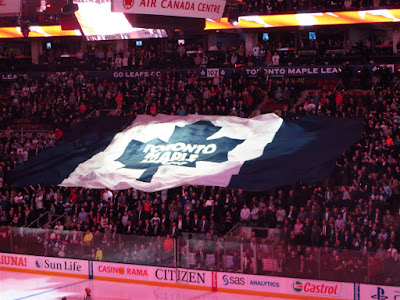 There was a tribute and a moment of silence for Andy Bathgate, who was a Leaf for a couple of years in the sixties and scored the winning Stanly Cup goal for the Leafs in 1964. 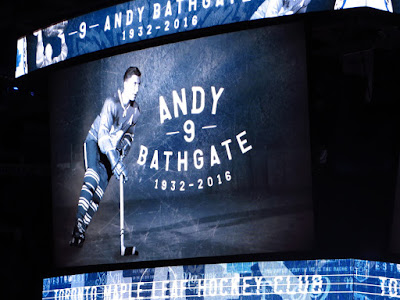 Due to great goal tending by Sparks, Toronto and Tampa Bay ending the first period in a scoreless draw. 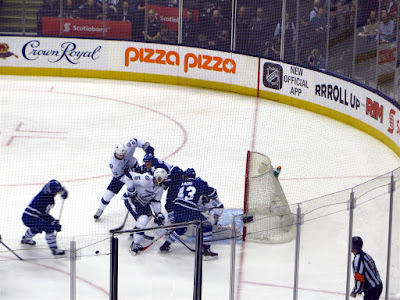 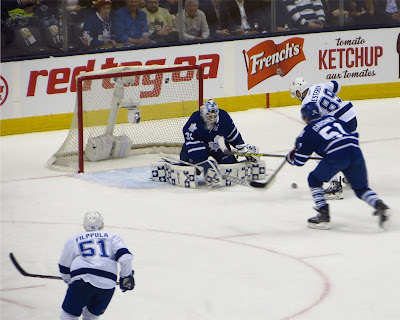 In the second, Tyler Johnson put in a couple of goals for the Lightning to take a two to nothing lead into the dressing room. Between periods, Teena and I met up with Craig and Mark from work, who were also at the game. 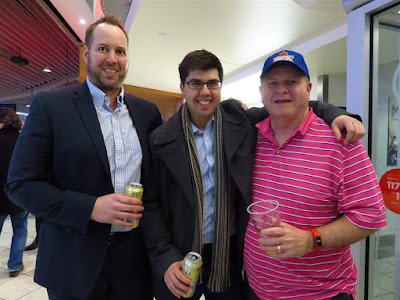 There are no cheerleaders at Leaf games. Instead there are ice cleaners. 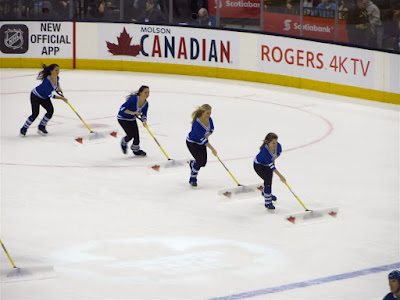 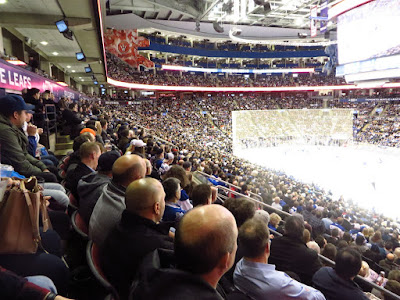 The Leafs had a few chances in the third but a fight between Leaf Conner Carrick and J.T. Brown seemed to ignite them. 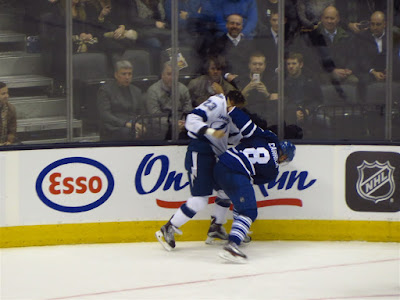 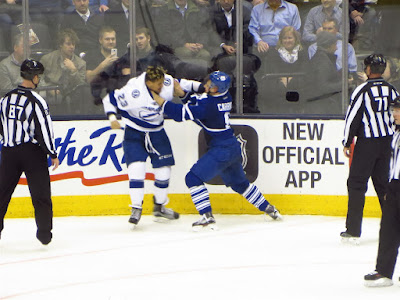 Toronto scored with 2:15 left to go in the game and then pulled their goalie. They put on great pressure but could not put in that tying goal and ended up losing 2-1. We lost the game and the 50/50 draw, but it was a fun night. 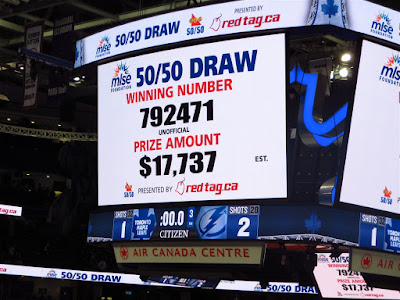