My December 2016 Beer of the Month Delivery 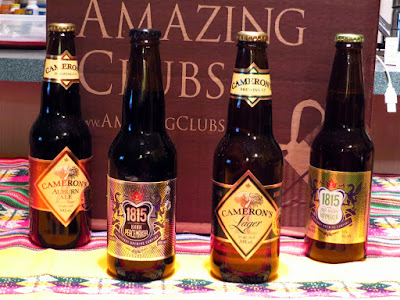 I have to work this week while Teena has the week off. Lucky Teena!

I was thrilled to receive an email from her this morning saying my Beer of the Month package had arrived. Fun mail!

Every month I receive 12 beer, sometimes four of a brand from three different breweries, and sometimes it contains beer from two breweries with each providing three bottle each of two of their brands. This month I received the latter,

This weekend is a four-day weekend for me. Sounds like it will be a tasty one!
Posted by Swordsman at 17:42