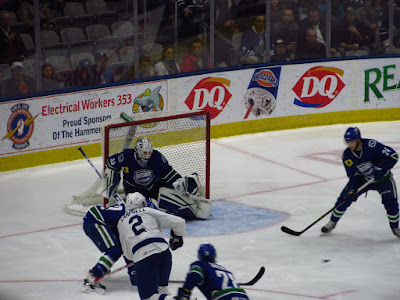 This afternoon my buddy, Roger, and I went to see the Toronto Marlies play. We usually see a game or two each year. Today the first place Marlies (20 wins, 5 losses and 1 OT loss) took on the Utica Comets (11 wins, 10 losses, 2 OT losses and 1 shootout loss).

The flags are out for the singing of the national anthems. 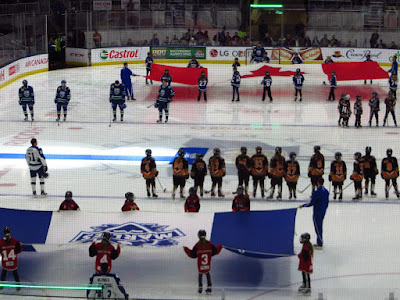 It was Woman's Hockey Day and there were girls hockey teams filling the stands. For the ceremonial face-off, three members from Team Canada's woman's team, including Olympic hero Natalie Spooner, dropped the puck. 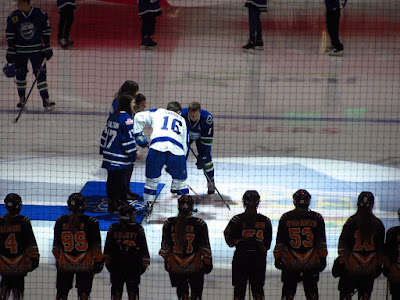 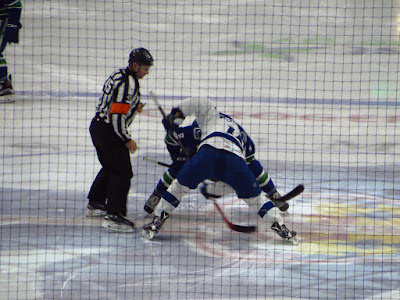 The Marlies put on the pressure at the other end of the ice. 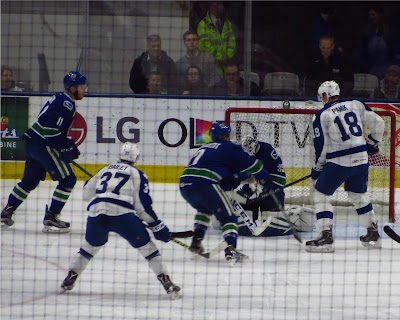 Bernier makes a save. 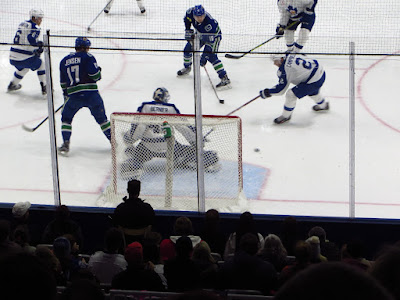 It was a lackluster first period with the Marlies only taking 7 shots on goal against Utica's 4 shots. The period ended with a 1-1 tie. Between periods, a children's choir sang Christmas carols. 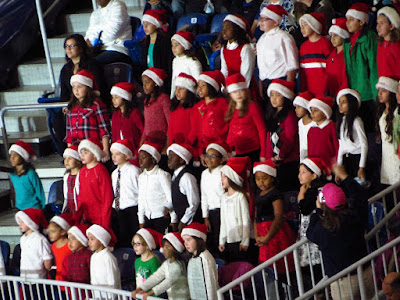 For the last two periods, Roger and I moved around to better seats so I didn't have to take pictures through the net behind the goal. Although the second and third periods were scrappy, no fights broke out, much to the disappointment of the girls team sitting in front of us chanting "fight, fight, fight" every time there was some shoving. 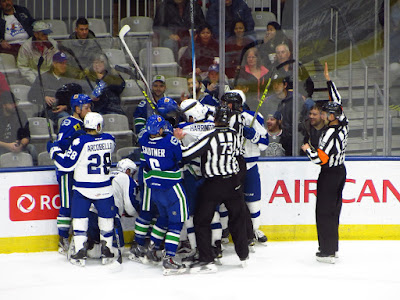 Utica took a 3-1 lead part way through the second period, with the third goal being a soft one against Bernier. Toronto fought back scoring 2 goals, with less than a minute to go in the period. 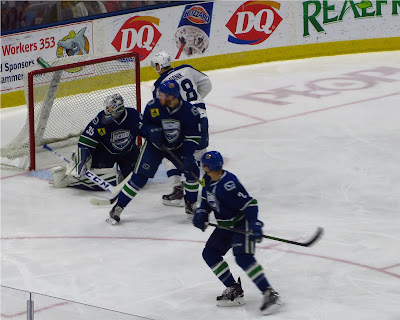 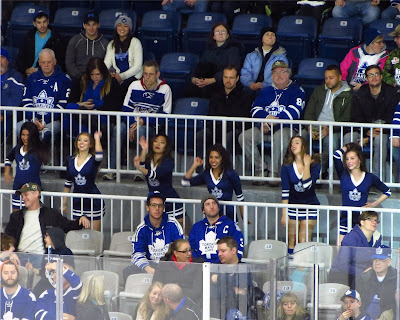 "Fight, fight, fight!" Sorry girls, not this time either. 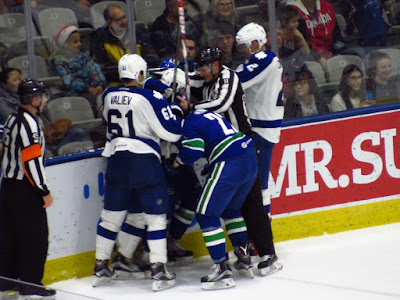 Toronto led 4-3 late in the third, when Utica pulled their goalie and tied up the game with exactly a minute to go. 32 seconds later Utica received a penalty and would start overtime with only three skaters against Toronto's four. Everyone was sensing victory!

In overtime, though, the unthinkable happened. Toronto won the opening face-off and tried to get the puck into Utica's end but the play was broken up, and a quick pass gave Friesen a breakaway. Friesen broke in on net and shoveled  the puck through Bernier's legs for the victory. All this in 16 seconds! 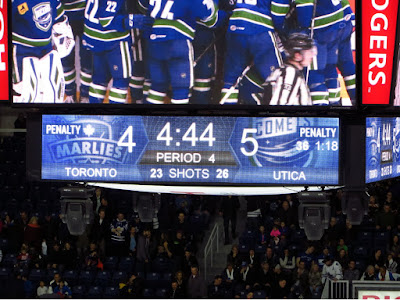 It was a fun afternoon despite the quick OT loss and I look forward to seeing the Marlies again, hopefully with better results.
Posted by Swordsman at 20:03