Fencing at the 2015 Newmarket Challenge 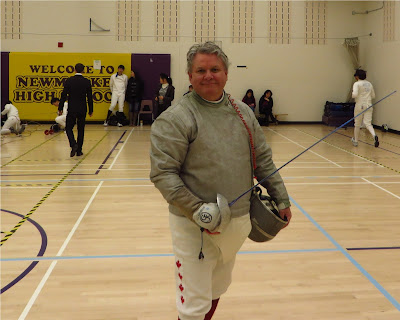 Today I fenced in two different categories. The first at 9am was Veteran Mixed Epee, which is for fencers 40 and older. That's me below with my epee in hand. The next one was my favorite weapon, sabre. That's me above ready to go. 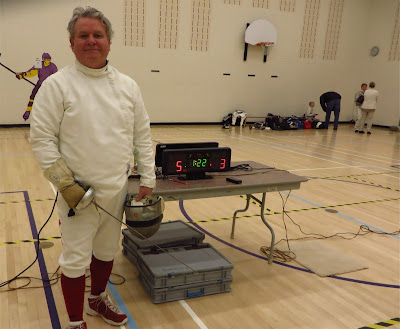 Here is what we were fencing for. 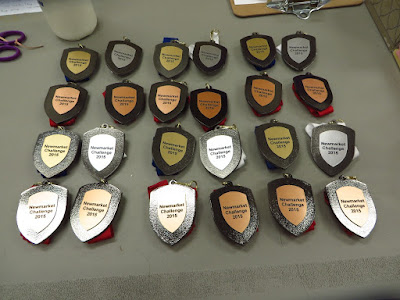 Epee is a poking weapon and you can hit anywhere on the body. If both fencers hit at the same time, both receive a point. The idea is to hit your opponent without him hitting you at the same time.

A couple of action shots. I didn't have time to take many as I had to get ready for the sabre event and was fencing in my first match when they were handing out the medals. 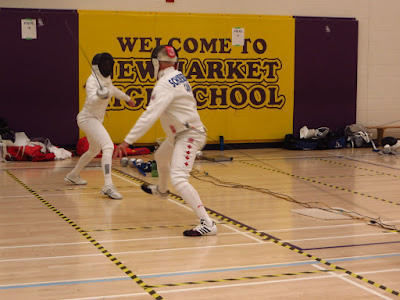 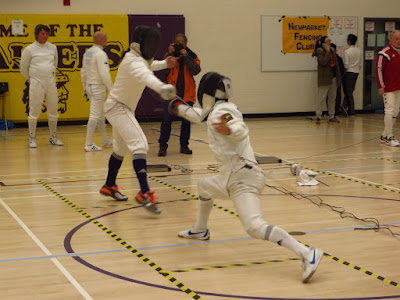 The tournament was well organized and everything ran on time. I'm still getting back into fencing shape and haven't practiced much so ending up 7/8 was no surprise, although I could see and improvement in my game over last weekend.

Here are some shots of the 50 plus gold medal match. Bill on the left lost to Doug on the right, but it was a well fenced match. 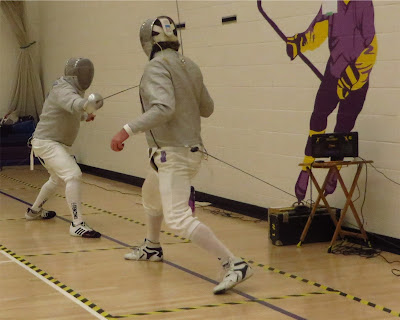 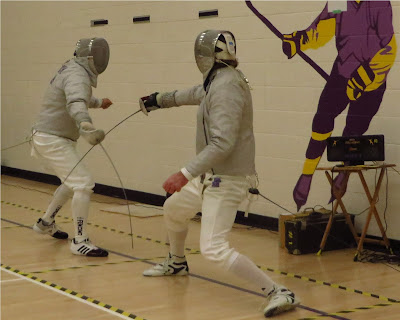 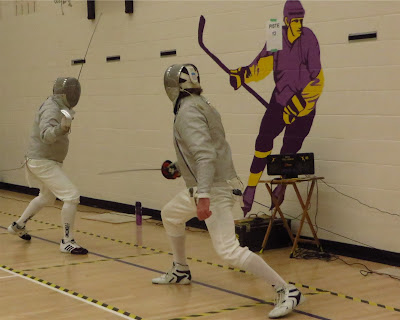 My best action shot of the Vet Open gold medal match. Kyle likes to step in, leap back having you miss, as he extends that long arm of his striking your wrist for the point. He got me twice like that in a five point match. Look at the bend of Paul's blade. The tip can travel at 300 km per hour. Paul on the left lost to Kyle on the right 10-9. 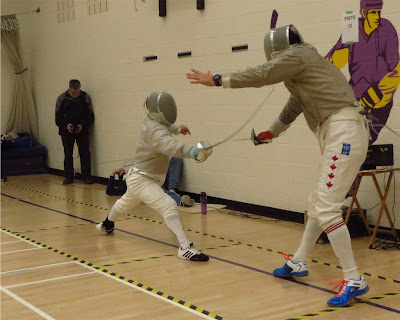 The medal winners. From the left, Dmitriy and Rob tied for the bronze, Paul took the silver and Kyle with his gold. 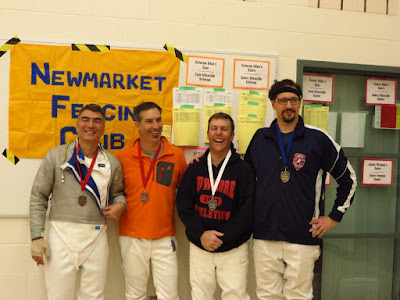 No, I didn't fence that well but fenced better than last week. It was a fun day, though, and I'll be a lot more ready for my next tournament in January. 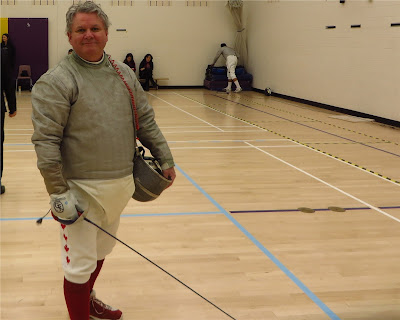