Charles Bradley and the Extraordinaires 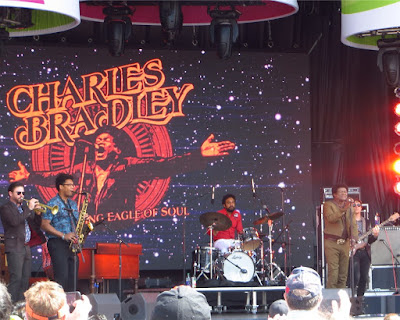 So today did not go as planned. I was supposed to drive to Hamilton and see a movie with my son, Ken. Before leaving I decided to check the oil, so I popped the hood, gave it a check, all was well, then closed the hood. Only it didn't close fully. I tried two or three times and the last clip you need to pull would catch, but the hood wasn't fully closed.

So no trip to Hamilton and the car is in the shop needing a new hood latch assembly.

Head over to Pan Am park on the Exhibition grounds for a concert. It was a beautiful but hot afternoon. 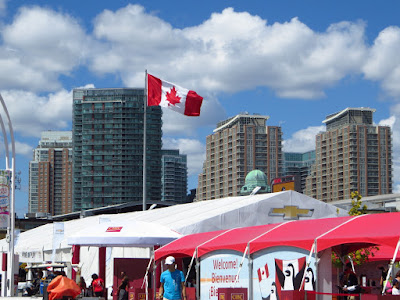 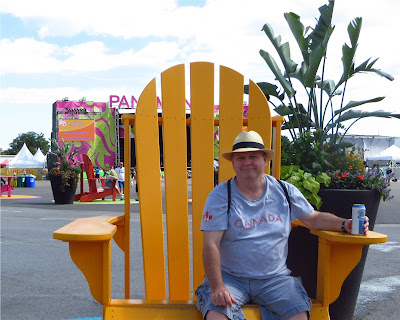 The coloured formation on the ground is carpet, making it better to stand or sit on. 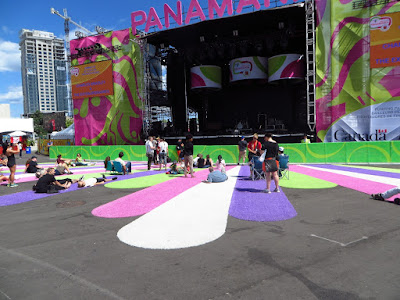 At 3:30pm, Charles Bradley and the Extraordinaires took the stage.

Charles Bradley (born November 5, 1948) is an American funk/soul/R&B singer, signed to the Daptone Records label under the Dunham Records division. His performances and recording style are consistent with Daptone's revivalist approach, celebrating the feel of funk and soul music from the 1960s and 1970s. One review stated that Bradley "echoes the evocative delivery of Otis Redding". He is the subject of a documentary, Soul of America, that premiered at South by Southwest in 2012. 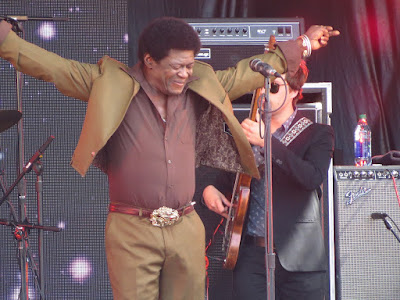 I thought his sound was more like James Brown. Currently he is on a five city tour. He leaves Toronto for Edmonton, then to Porto, Portugal, then back to the U.S. where he performs at Colorado Springs, before heading to Reno, Nevada. That's a lot of air miles!

I loved his sound. He worked the stage and audience well, and is a throw back to the seventies. 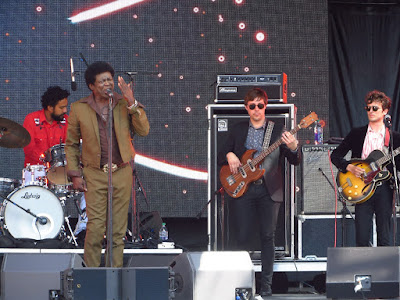 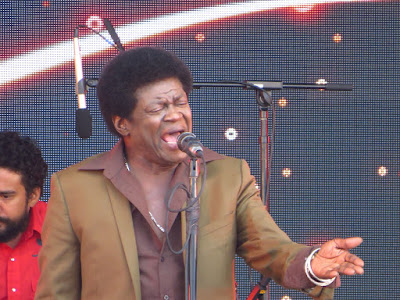 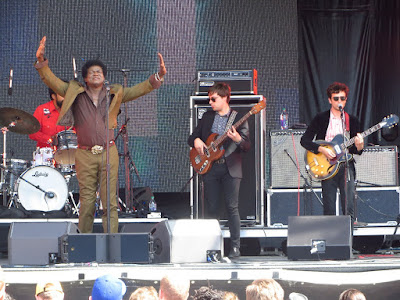 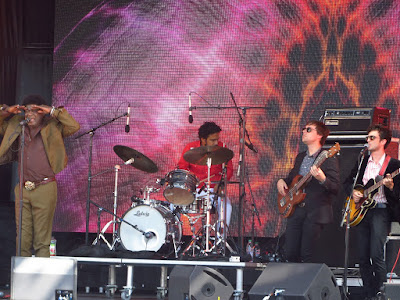 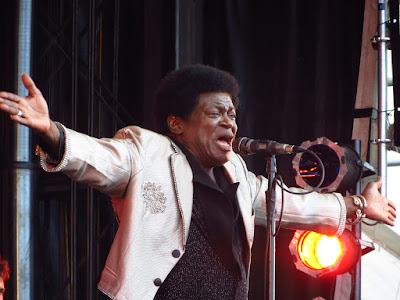 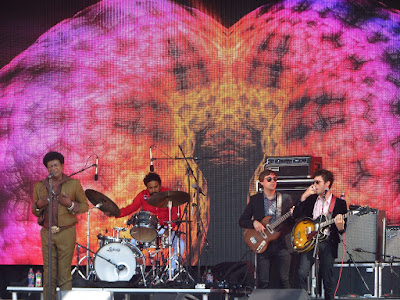 The horn section were really good. 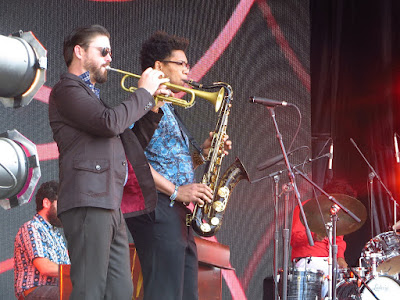 The jacket came off, and then came dancing and a lot more antics. 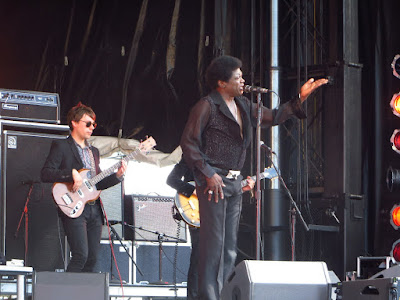 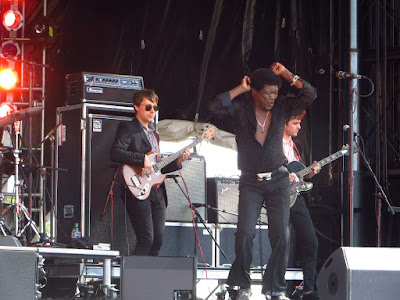 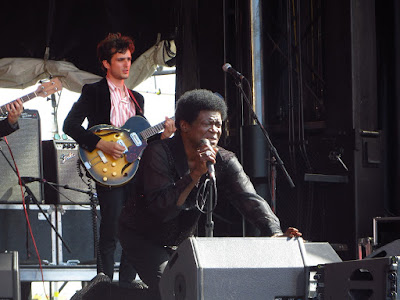 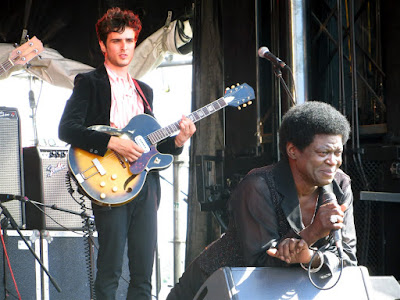 He was on stage for an hour and I really enjoyed the show. He is 67 and still working it. I would definitely go and see him again.
Posted by Swordsman at 19:36

Alas, he won't be in Edmonton 'til Sunday so I can't see him when I'm there tomorrow.