Canadian Woman's Sabre Team in the Pan Am Games 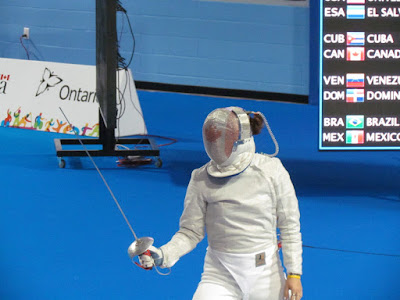 Today I went to the Pan Am/Parapan Am Aquatics Centre and Field House to watch the Team Sabre competition. Look at the first picture. I just love our masks!

The entrance to the venue. 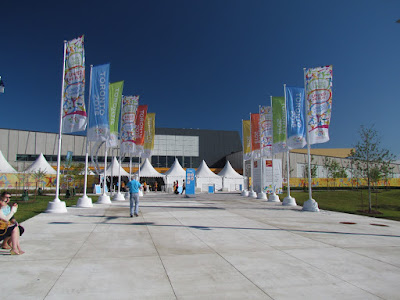 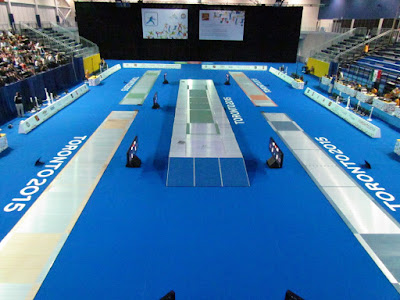 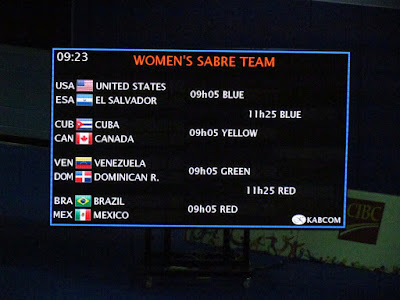 Our first match was against Cuba. It didn't go so well. Gabriella Page was the anchor for our team but being down 40-33 in a match to 45 was too much to overcome. Canada lost this one 45-39. 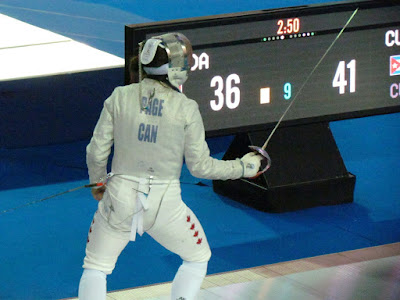 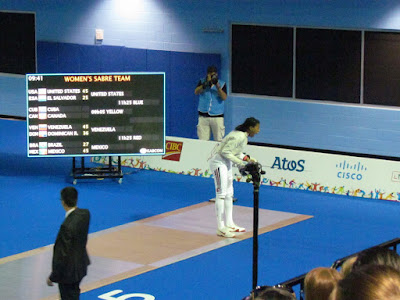 The loss meant Canada would not be getting a medal in this event and would be fencing to determine if they would end up 5th, 6th, 7th or 8th. 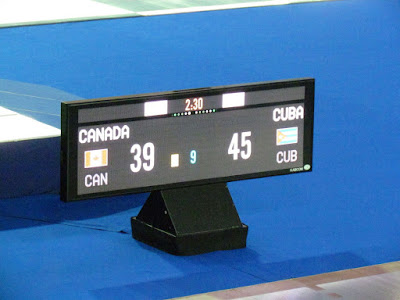 Next up for Canada was a match against El Salvador. 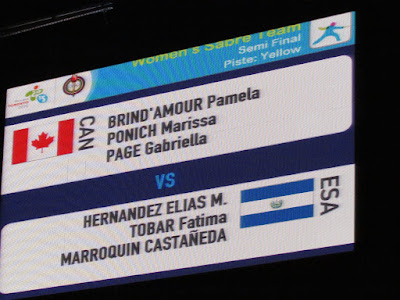 Canada gives a final cheer before the match. The winner would fence for 5th and 6th positions. The loser for the last two spots. 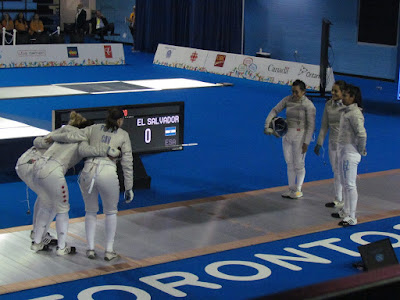 Shaking hands with El Salvador before the match. 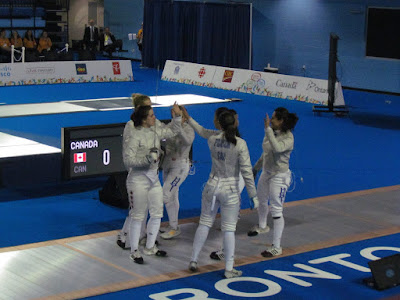 After being down 10-7, Canada never let up and led every round after the second to win 45-32. Some action. 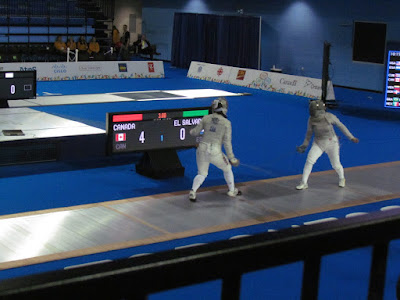 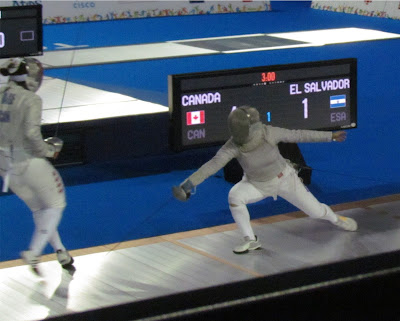 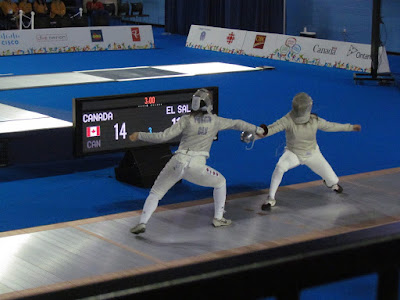 Pamela Brind'amour waits as the judge reviews a point. Fencers can call for a video review or the judge can ask for one if their is some uncertainty. 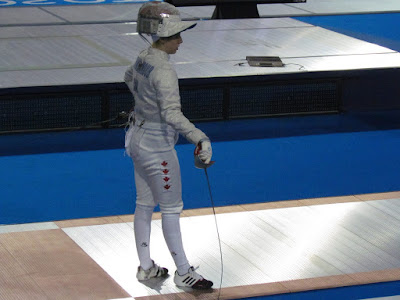 The final lineup with the judges who acknowledge the winner. 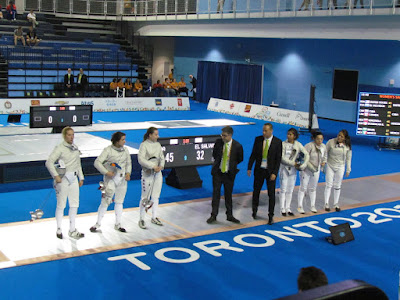 So Canada moved on to fence Brazil for 5th place. 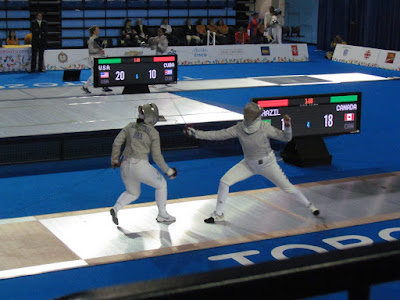 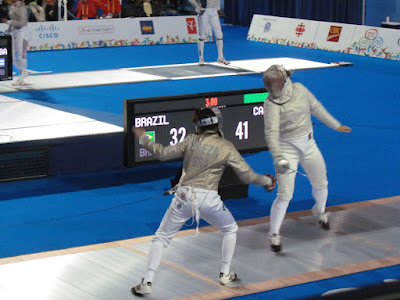 It was close for the first three rounds, with Canada just ahead 15-14. They then increased their lead with every round. Anchor Gabriella Page celebrates the final point as Canada took 5th place with a 45-38 victory. 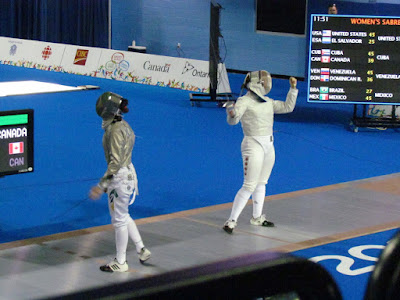 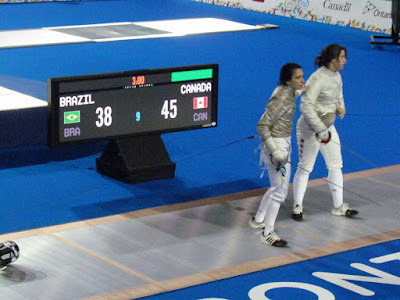 The day ended with the U.S. taking the gold medal and Mexico receiving silver. Venezuela took home the bronze.

I was proud of our woman today. You know they would love to have come out with a medal. They dug too big of a hole for themselves in the first match but came through in the next two. Next year is the Olympics. Hopefully they do well there.
Posted by Swordsman at 19:50

The masks are cool!